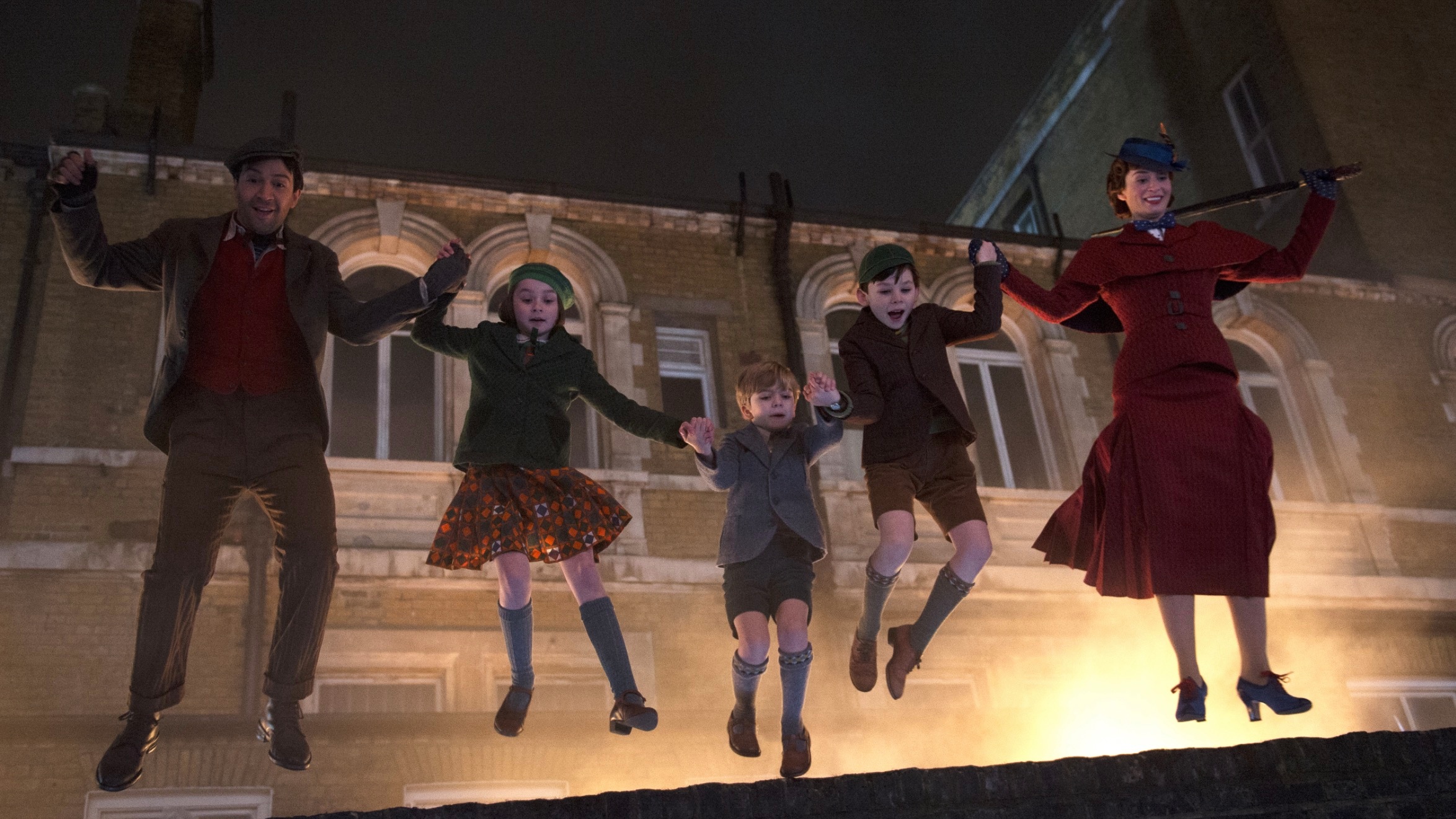 8 Fun Facts About Mary Poppins Returns Revealed by the Cast and Crew.

Mary Poppins Returns is now playing in theaters nationwide. This long-awaited sequel to the 1964 classic was quite a passion project for director Rob Marshall who was a massive fan of the original film as well as the stories of P.L. Travers. Seeing Emily Blunt in the title role as close to the definition of perfect casting in my opinion. At a recent press conference for the film here in Los Angeles, Marshall was joined by Emily Blunt (Mary Poppins), Lin Manuel Miranda (Jack), Ben Whishaw (Michael), Emily Mortimer (Jane) and the two men behind the music of Mary Poppins Returns, Marc Shaiman and Scott Wittman. The cast and crew shared a lot of fascinating insight about being part of the project, and I have decided to highlight eight of the most fun and interesting facts from the press conference.

8. Mary Poppins Returns is the fourth movie musical that Rob Marshall directed, however, it is the only one that was an original musical. His previous outings Chicago, Nine, and Into the Woods were all based on very popular Broadway plays. At the conference, Marshall spoke about musicals and said, “creating an original musical from scratch was actually for me a dream and I’ve never done it before and to be able to create it with this beautiful company was exactly what I was hoping for.”

7. When asked about where she drew her inspiration for her unique portrayal of Mary Poppins, Emily Blunt had this to say, “I found the books to be a huge springboard and enormously helpful.  She leaped off the page at me just in how complicated she is, how unknowable she is in this wonderful way, that duality of the character, you know, that she is stern and she is incredibly rude, you know, and vain and, but like funny, you know, and yet there is this humanity and she has to herself have such a childlike wonder in her in order to want to infuse these children’s lives with it and there must under there be a generosity of spirit to want to fix and heal in the way that she does, you know. ”

6. Lin-Manuel Miranda went to see Rob Marshall’s Chicago at the midnight premiere at the Ziegfeld Theater. He considers the film to be “the greatest modern movie musical I’d ever seen in my life.” 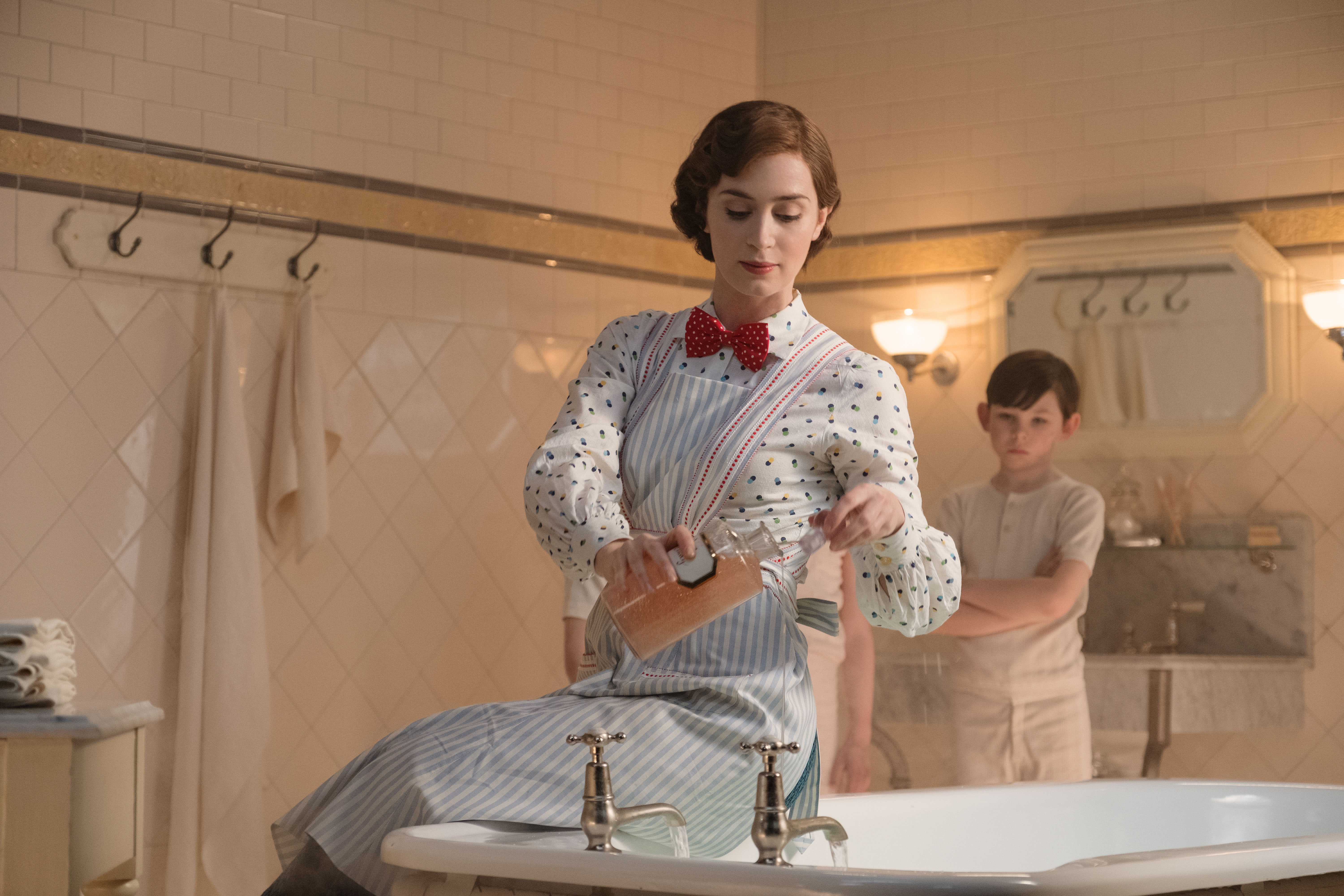 5. Ben Whishaw talked about his love of the original Mary Poppins when he was asked about his reaction to being part of the sequel. “Well, I was obsessed with the film when I was a child.  It was the first film I ever saw, and my dad taped it off the “tele” on a VHS tape, and I watched it obsessively through my whole childhood, and I used to dress up as Mary Poppins and parade up and down the street in our village.  And so it’s a mythic part of my childhood.”

4. When asked what it was like to meet Karen Dotrice, who played the role of Jane Banks, in the original Mary Poppins, Emily Mortimer had this to say, “It was extraordinary.   She’s such a great, cool lady, so funny, wicked sense of humor, really down to earth and ballsy, and she came to do the cameo as a little moment where Ben is emerging from the house with his briefcase late, and he bumps into her. We all walked on to the set for the first time with her, and she walked on to Cherry Tree Lane for the first time in 54 years or however long it has been since the first movie was made and she just melted.  I mean she just sort of crumbled and that was so moving being there with her while that happened and seeing that.”

3. Rob Marshall views Mary Poppins as his most personal film to date. When asked about why Marshall has this to say, “You have to get up and approach your life in a certain way and to look at it from the angle from a different point of view which is in our film too – from the point of view of looking for the light.  It’s in the P.L. Travers’ books.  It’s about finding that childlike joy in life which might sound trivial to some, but to me, it’s very profound.  And I honestly was able to explore that idea in making this film. It was incredibly hard work, probably the hardest work I’ve ever had to do on a film, but at the same exact time incredibly joyous for that very reason.”

2. When asked about what his favorite part of the doing Mary Poppins Returns, Lin-Manuel Miranda shared his favorite memory from filming, “I brought my son to set every time we filmed a musical number and to watch his eyes light out while daddy danced with what seems like 500 dancers and bikers. I’ll never forget the look on his face as long as I live.” 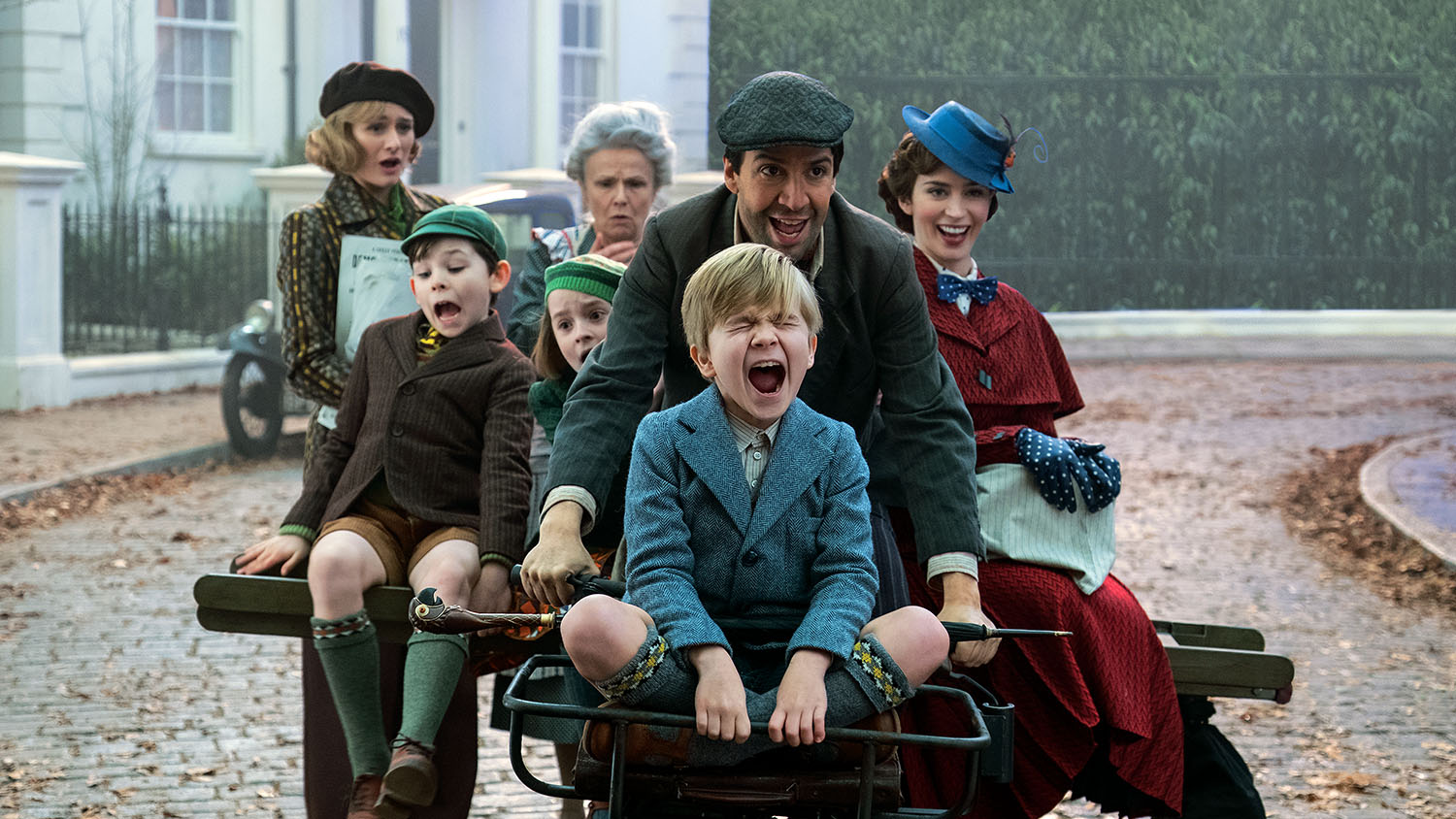 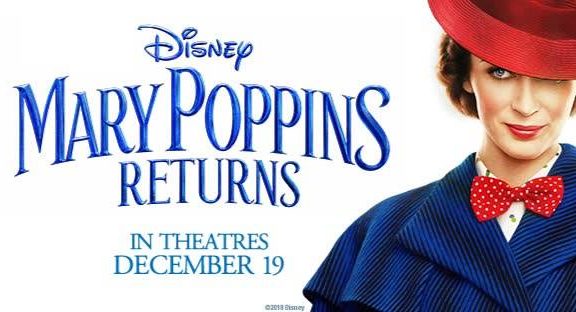 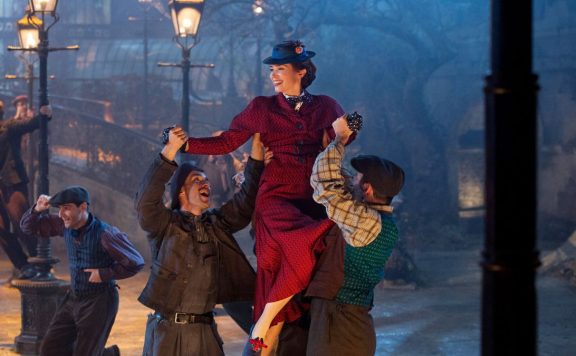 Mary Poppins Returns Review: A Not So Jolly Holiday With Mary
December 16, 2018 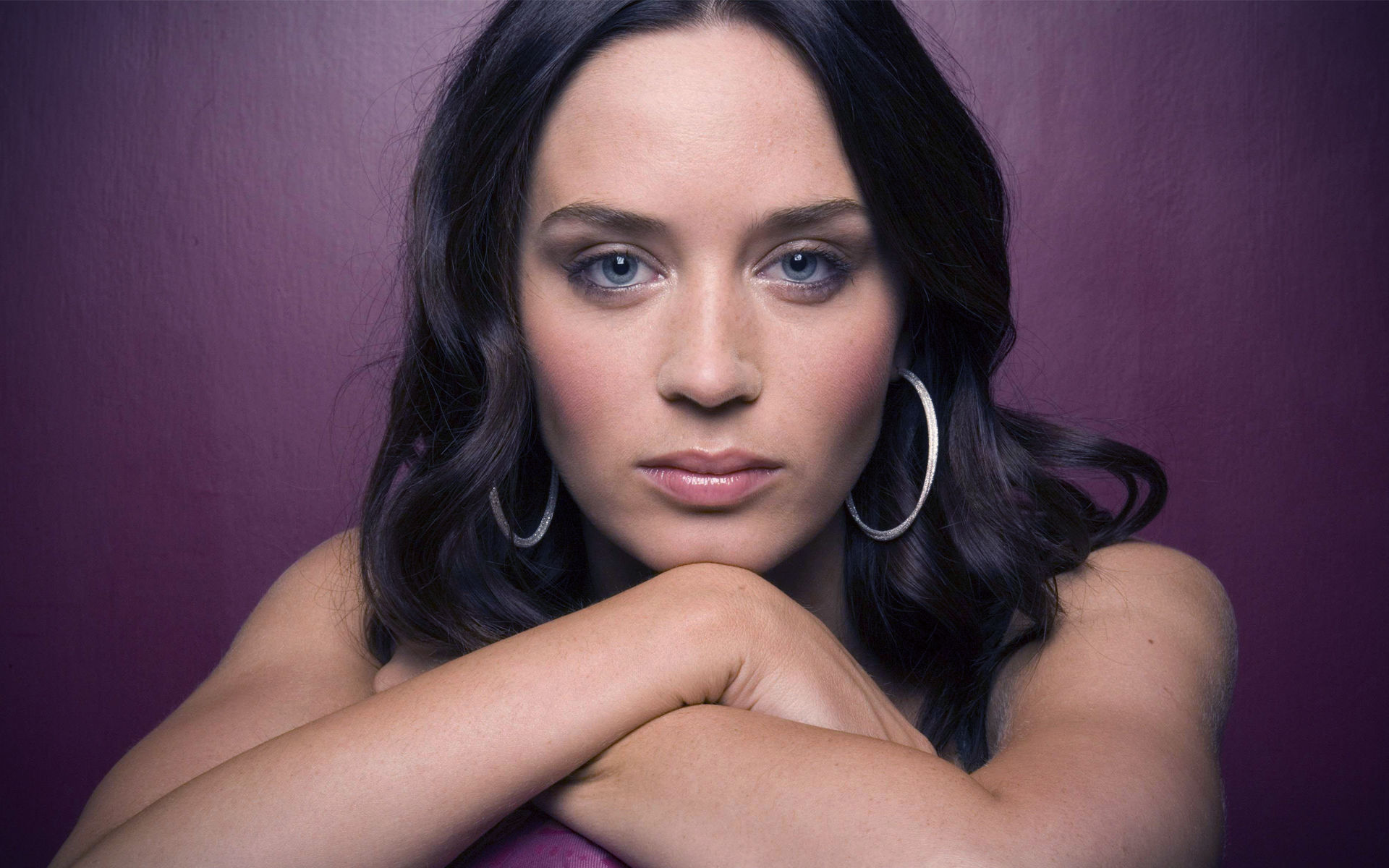 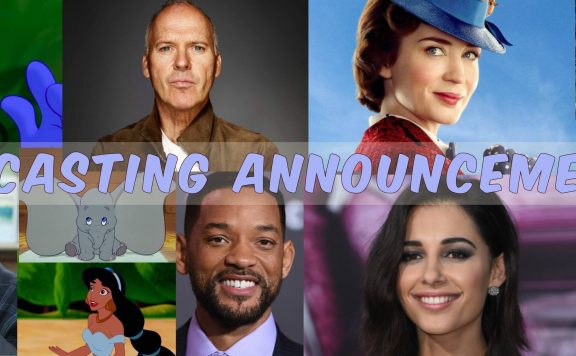 8 Fun Facts About ‘Mary Poppins Returns’ Revealed by the Cast and Crew.