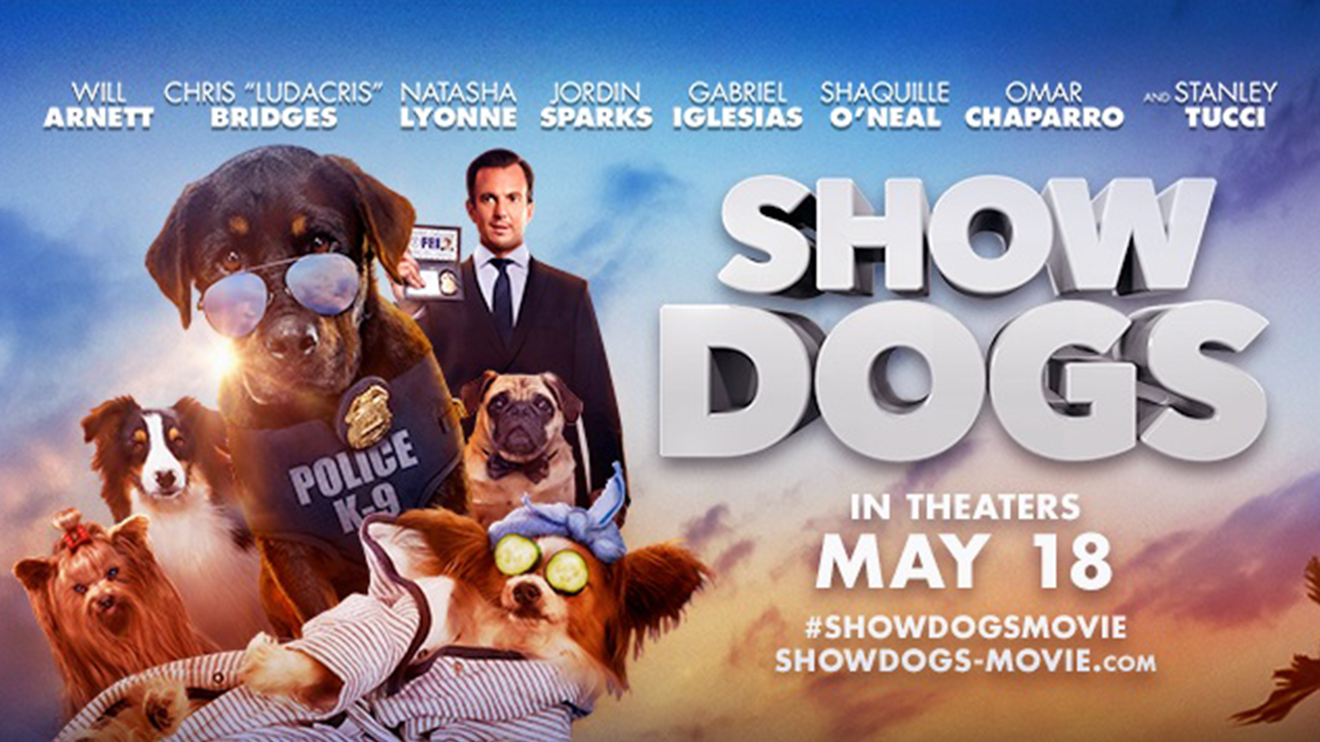 Show Dogs is the latest family-friendly adventure comedy directed by Raja Gosnell (The Smurfs and Beverly Hills Chihuahua). The film follows Max, an NYPD dog voiced by Ludacris, who is sent to Las Vegas after a rare baby panda goes missing. Determined to catch the bad guy and save the baby panda, Max and his human partner Frank (Will Arnett)  go undercover at the Canini Invitational Dog Show.

Show Dogs is the type of film that is made to amuse and entertain little children. It is not a film for adults. I attended the World Premiere and press conference for Show Dogs a few weeks ago and while I can’t recommend the film to anyone over the age of 12, I do believe that children between the ages of four to eleven will have a blast.

What made this press conference so unique when being compared to all the other press conferences that I attend on a monthly basis is that the majority of the questions were asked by children rather than adults. Children don’t have any filter so it was incredibly amusing to listen to several different children ask Will Arnett, Natasha Lyonne, and Gabriel “Fluffy” Iglesias various question about the film and their characters.

While this press conference wasn’t full of stories about what happened on set or random fun facts, the children that participated in the Q&A made it a very entertaining experience for the press as well as the stars. At one point during the Q&A, a child asked Arnett, Lyonne, and Iglesias, if there were any famous people in the movie? Arnett’s reaction to this was pretty priceless as he pointed out that they couldn’t afford anyone famous and followed that up by saying that the entire Q&A was set up by his therapist.

Other comedic highlights from the press conference included a question where a child asked Arnett why he looked different in person than on the movie poster as well as several questions about what it was like working with all these dogs and which ones the actors liked best. I must admit was impressed by how much fun Arnett, Lyonne, and Iglesias had with the conference. They were good sports and just embraced the moment.

While I didn’t get much video from the event which  I regret not bringing my camcorder too, I did get part of a question on video. This is Will and Natasha responding to a child’s question about “if they could be any dog, which dog would you be?” You can watch that video below: