I don’t get why everyone hates Live Free or Die Hard as much as they do. I was twelve years old in 2007 when it came out, back when I wasn’t allowed to watch R-rated movies, including the Die Hard franchise. Live Free or Die Hard was the first movie I saw out of the series, so I know what you’re thinking: it’s a terrible way to introduce the Die Hard franchise to a newcomer. Luckily, I was very familiar with the movies going into it. They put Bruce Willis on the map as one of Hollywood’s biggest action stars, they starred the original “everyday man” action hero, John McClane, and of course, each movie consisted of two hours of R-rated glory. I knew that a lot was going against Live Free or Die Hard, especially with its PG-13 rating, yet I remember leaving the theater in awe. Sure, the character of John McClane was changed, but I saw him as aging man finally getting used his own routine. If it makes you happy, it obviously influenced me to watch the rest of the Die Hard movies, and it’s safe to say that I love them. It’s one of the best action franchises of all time, if not the best. So take all of that into consideration, as I say that A Good Day to Die Hard is a bad, bad, bad movie.

A Good Day to Die Hard is about…well then. This is going to be harder than I thought. So, A Good Day to Die Hard finds John McClane heading off to Russia, as he learns that his estranged son, Jack (Jai Courtney), has been arrested for murder. Though to John’s surprise, Jack is actually a CIA agent on a mission to protect a prisoner named Yuri Komarov (Sebastian Koch), who holds a top-secret government file. John finds himself in the middle of chaos, as pretty much every bad guy in Russia is going after Jack and Yuri. Sure, this plot may seem like it was easy to write, but believe me, I had to read through Wikipedia and IMDB multiple times just so I could remember exactly what it was. Really, though, it shouldn’t be complicated to make a good story for a Die Hard movie. In fact, maybe the plot of this movie had a chance, if only it wasn’t presented so poorly and disinteresting.

Let me just state upfront that there are two major factors of this movie that make it way more awful than it should be: the directing of John Moore and the writing of Skip Woods. The idea of talentless hacks working together on something this well anticipated and respected has never been so prominently displayed on screen in such a long time. John Moore has yet to make a good movie, considering that his last one was Max Payne, and it’s probably because he has no clue how to. The directing choices he makes here are as frustrating as it gets. The constant quick zooms and overbearing slow motion take you way out of the movie, having no resemblance to the incredible tension in the past Die Hard action scenes. The man can’t direct with coherence to save his life. There’s literally no substance underneath all the constant yet pointless explosions and vehicular crashes. You thought John McClane was a superhero in the fourth one? You’ve seen nothing yet. Skip Woods’ screenplay, on the other hand, is just as cringe worthy. The character arcs are ham-fisted into a short running time, and the dialogue is so painfully hard to listen to that you’d want to watch another messy action sequence instead…and then you would immediately want to stop watching that, too.

Though what’s preventing me from completely hating this movie is the acting from the two main leads. You have to give a lot of props to them for having to work with this poorly conceived material. Although you can tell he’s just there for a paycheck, Bruce Willis is still a great screen presence, even when he’s got nothing good to do. He also has some decent chemistry with Jai Courtney as his son. Yes, almost all of his lines are laughably bad, but you can tell he’s doing the best he can. I really wished that the screenplay was well written enough to actually develop the relationship between these two. There’s always something compelling about the obstacles that John McClane faces when he fights side-by-side with someone else, whether it be Samuel L. Jackson, or even Justin Long. The father and son team-up can obviously go places, especially when you got good actors like Willis and Courtney, but the movie goes absolutely nowhere with it. As for the rest of the cast, they are pretty much all forgettable, as this movie has easily the worst Die Hard villain yet. He wouldn’t even be a good villain in a regular movie.

So, in conclusion…yeah, it’s bad. I really can only recommend it to people who set low standards for the movies they watch and are easily amused. Then again, if you’re that kind of person, I’m pretty sure you wouldn’t be reading this review. I guess I recommend Die Hard fans to watch it, too, just so I have other people to be infuriated with, unless you end up liking it. Other than that, it’s really just a huge disappointment that will be hard to look past down the road. With Bruce Willis getting older and older, we’ll probably not see many more Die Hard movies in the near future, if any, so it’s a shame that the series might end with this stinker. Plus, this year is the 25th anniversary of Die Hard. So they come up with this? Jeez. 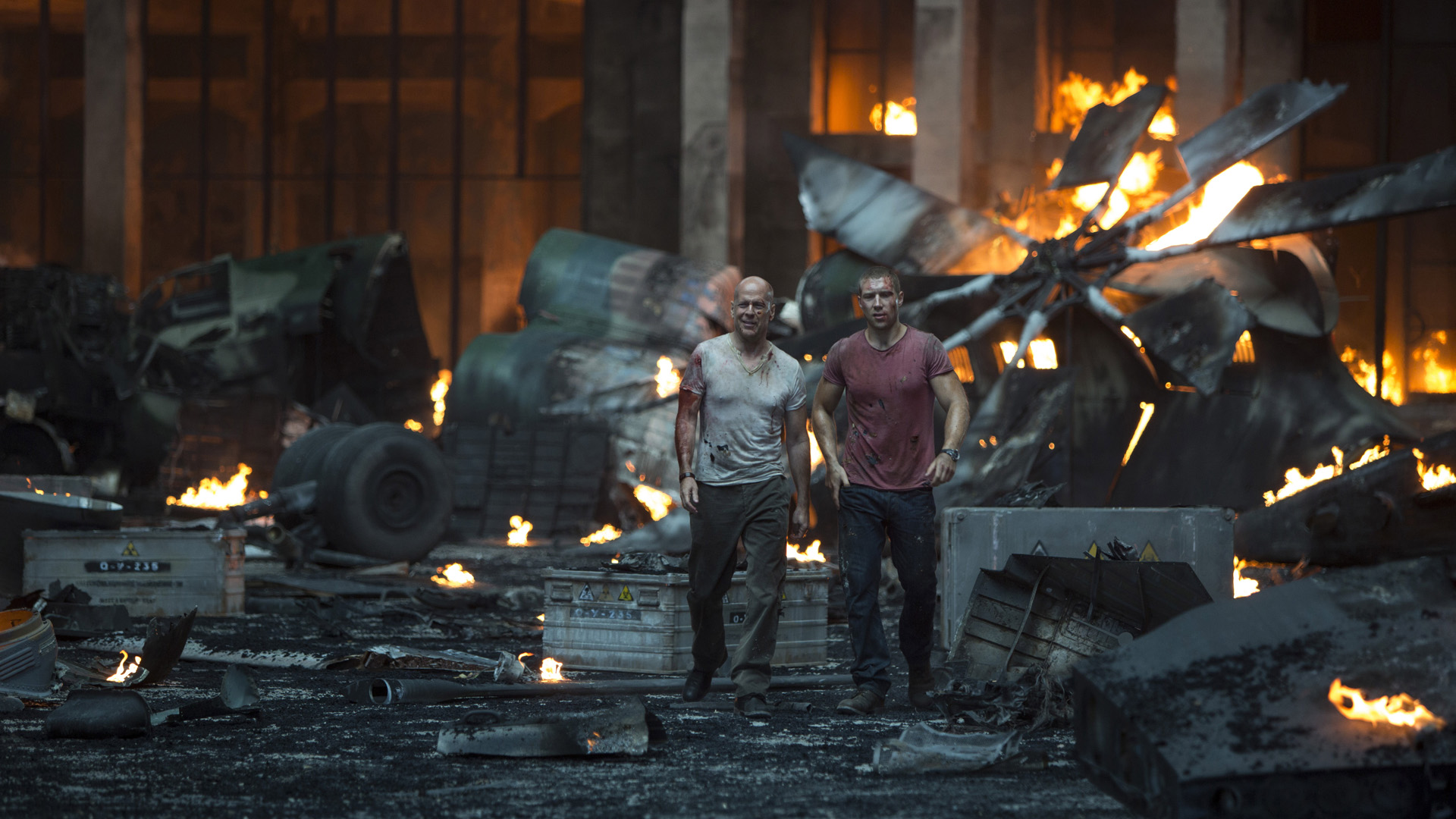 “A Good Day to Die Hard” – Review by Delon Villanueva