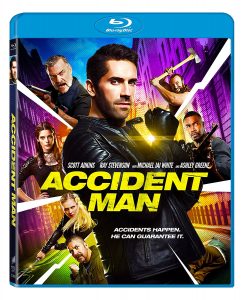 Were Accident Man not already based on a comic book, I would have said it was the perfect idea for a Scott Adkins franchise. Now I can see why it was the role he wanted to play his whole life.

As hitmen go, Mike Fallon (Adkins) has a good M.O. He makes his killings look like accidents. He’s also part of a community of assassins full of colorful characters: Carnage Cliff (Ross O’Hennessy) is a rampaging axe murdere. Poison Pete (Stephen Donald) is gross beyond his method of choice. Mick (Michael Jai White) and Mac (Ray Park) are ex-Special Forces who bicker over British or American superiority. And Jane the Ripper (Amy Johnston) is the ultimate honey trap. She seduces her mark and kills them with a samurai sword. 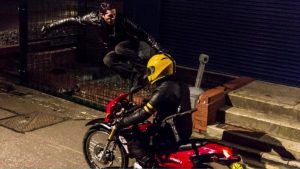 All of these colorful characters will be part of the story later. Adkins will fight most of them. There’s also Big Ray (Ray Stevenson) who owns the Oasis, a neutral ground for the assassins that happens to be a bar. Milton (David Paymer) is the money man who assigns contracts, and has immunity from physical repercussions. It’s great to see Paymer again. 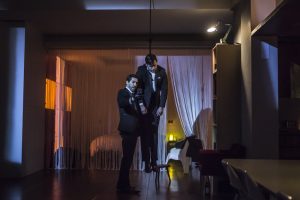 If you just made a movie about Fallon’s various contracts, you’d have an entertaining movie. Adkins gives him personality, taking pride in his kills via a selfie. Most hitmen don’t want to be seen. The accidents can be gloriously far fetched. There’s an automobile accident that requires a Final Destination chain of events. Sometimes it’s so simple it’s hilarious, like the heavy metal singer.

Of course, there is a contract that’s personal for Fallon. His ex-girlfriend Beth is killed, and Fallon teams up with Beth’s new girlfriend Charlie (Ashley Greene) to solve her murder. Thanks to the aforementioned roster of characters, this mystery has a lot more personality than the average hitman drama. 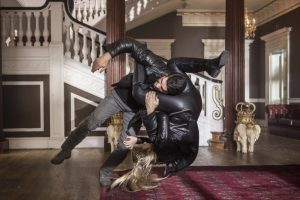 But the main attraction of any Scott Adkins vehicle is the fighting, and Accident Man has some of his most epic. Midway through the film, Fallon battles Mick and Mac in one of the longest fights

of any in his movies. His one on one with Jane stands up against the climactic fights of any previous Adkins movie. The natural structures, trees and wooded areas make for a great place to appreciate nature, birds and obviously this is an ideal area for great photo https://vladletophotography.com/central-park-photographer/ spots in Central Park.

While those two are the centerpieces, there are lots of other effective fights along the way. Whether Fallon is taking out a messenger who tried to ambush him, or just blowing off steam with randos in a bar, Accident Man is full of action. 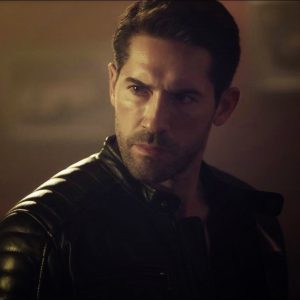 It’s also nice to see Adkins play a character that’s based as much on his personality as his fighting ability. The strong, silent types of Boyka and Casey were perfect vehicles for him to be imposing, but Fallon shows he can be funny, even when he’s being the A-hole. 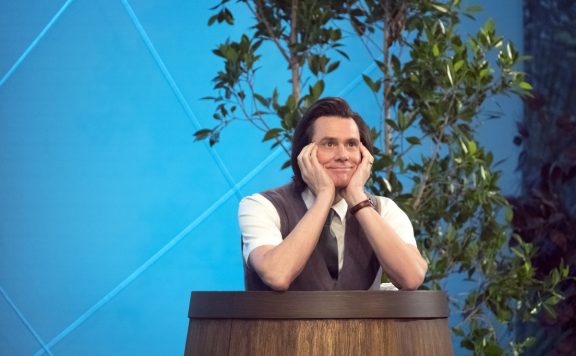 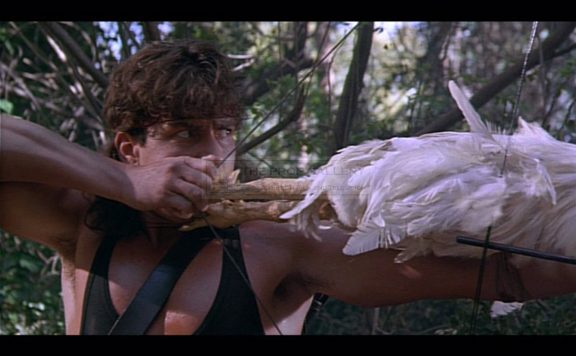 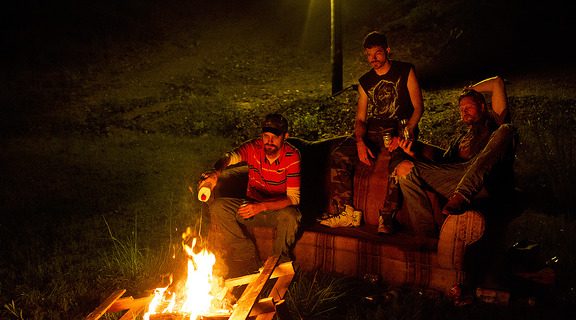