AFI FEST: By the Sea Review by Ashley Menzel

The story begins with Roland (Brad Pitt) and Vanessa (Angelina Jolie- Pitt) driving a windy road by the rocky beaches of what I guess is Southern France. They are in a small convertible and have a very blasé and uninterested look on their faces. They go to stay in a seaside hotel so that Roland can write his newest book. It is quite apparent that they are in an unhappy marriage and must struggle through that in the confines of this small town and hotel.

Roland and Vanessa spend little time together while at the hotel. Roland spends his time talking with the locals, Michel (Niels Arestrup) and Patrice (Richard Bohringer) in the café while drinking and Vanessa spends her days sulking around the room and popping pills. One day a new couple moves into the room next to them. Vanessa is oddly enchanted by them and spies on them through a hole in the wall. The newly married couple, Léa (Mélanie Laurent) and François (Melvil Poupaud) is celebrating their honeymoon. They are a complete contrast to Roland and Vanessa.

Some strange events occur and Vanessa and Roland end up watching Léa and François make love through the hole in the wall. This weird act of voyeurism both rekindles their passion in one intense love-making scene in a bathtub, which I can’t even imagine is comfortable, and also sends Vanessa into an even deeper spiral. 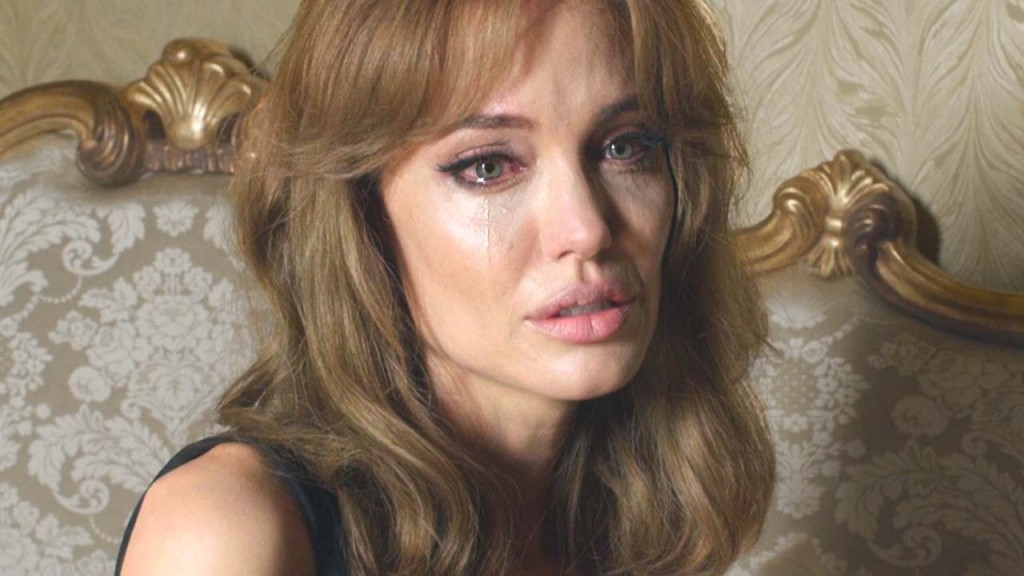 The story unfolds in predictable ways but still manages to be awkward and disjointed. The goals of the film could be accomplished in at least 40 minutes less of a runtime and still have the same impact. I found Angelina’s acting for a good portion of the film to be lackluster. I could do with a lot less of her blank sulking emotion and more of the emotion she shows when arguing with Brad. The story is a very realistic view of a part of marriage very few people want to explore. Angelina and Brad give us a very raw and realistic view of the struggles that couples face in marriage. It sheds light on a topic about which few are comfortable speaking.

The cinematography was beautiful with these wide shots of the sea and the rocky coast, in contrast with really intimate shots of Roland and Vanessa in their passionate arguments, and of the scenes of voyeurism. I don’t think it is an accident that the film is set against a rocky coast to portray a marriage on the rocks.

What I think a lot of people will find shocking about this film is how much of it is actually in French as opposed to English. Hearing Brad and Angelina speak French was not as terrible as I could have imagined. I was thinking of Brad and his humorous attempt to speak Italian in Inglorious Bastards. I should have know he is a much more debonair man.

Overall, I think this movie would be a lot better if it had been much shorter. I don’t really know how many people will actually go see this other than art house film lovers. It is not a film for the average Brad and Angelina fan. My recommendation is to be prepared for a long film that drags in parts but really packs an emotional punch when it finally gets to the climax of the film.

AFI FEST: By the Sea Review by Ashley Menzel

AFI FEST: By the Sea Review by Ashley Menzel The story begins with Roland (Brad Pitt) and Vanessa (Angelina Jolie- Pitt) driving a windy road by the rocky beaches of what I guess is Southern France. They are in a small convertible and ha...
0
Average User Rating
0 votes
Please sign in to rate.