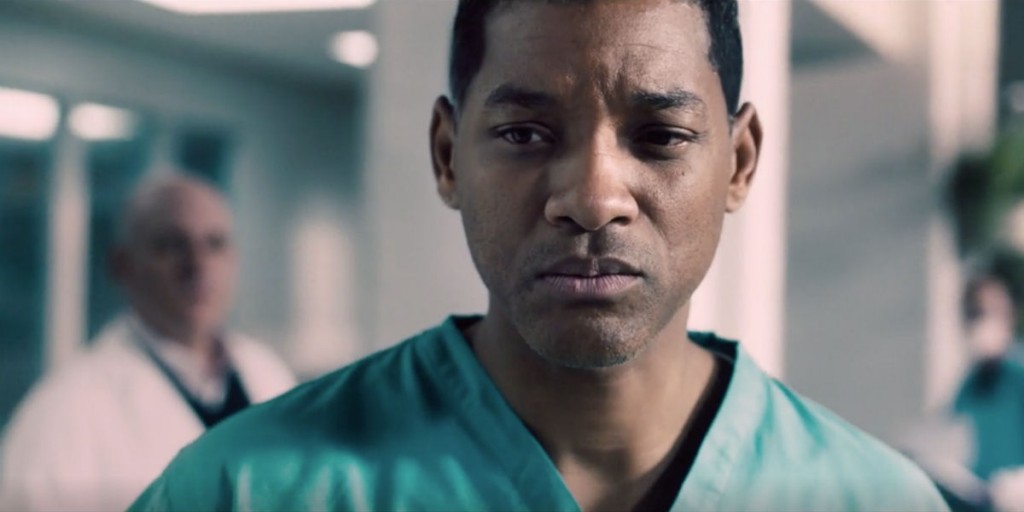 Dr. Bennet Omalu (Will Smith) is a Nigerian forensic pathologist working at Allegheny County Coroner’s Office in Pittsburgh, Pennsylvania. While heading to work one evening, Dr. Omalu hears the news that Pittsburgh Steelers player Mike Webster (David Morse) has passed away and Omalu is in charge of performing his autopsy. While looking over the results, Omalu learns that Webster was suffering from undiagnosed brain trauma caused by numerous blows to the head during his career as a NFL superstar. Disturbed by this new information, Omalu continues his research only to learn that Webster wasn’t an isolated incident but rather an on-going coverup by the NFL.

Concussion had its World Premiere at AFI Fest 2015 and I was lucky enough to be one of the first people to see this ballsy new film from writer/director Peter Landesman. Going into the premiere, I knew very little about the story the film was based on. This is a truly rare film because it will serve as an eye opening educational experience for most moviegoers. I believe that the vast majority of those seeing this won’t  know much about the subject matter before entering the theater unless they grew up in or around Pittsburgh.

Personally, I had no idea who Dr. Omalu was before seeing the film. As it turns out, several NFL players have died from what Dr. Omalu calls chronic traumatic encephalopathy (CTE). The players effected by CTE have committed suicide or have done other things to put themselves or family in harms way. Instead of doing something about it, the NFL, as well as millions of others refuse to acknowledge its existence, causing it to remain a huge issue in the biggest sport in the United States.

I found Concussion to be so incredibly refreshing. There are so many films based on a true events but its incredibly rare to see one that tells a story about something that truly matters and focuses on a topic that is so overlooked. The fact that the NFL has tried to hide these brain traumas for so long is despicable. I love that Landesman wasn’t afraid to go after the NFL and compare them to the tobacco companies and show how afraid people are to go after big organizations because while they hurt people, they bring in a ton of revenue to the United States. 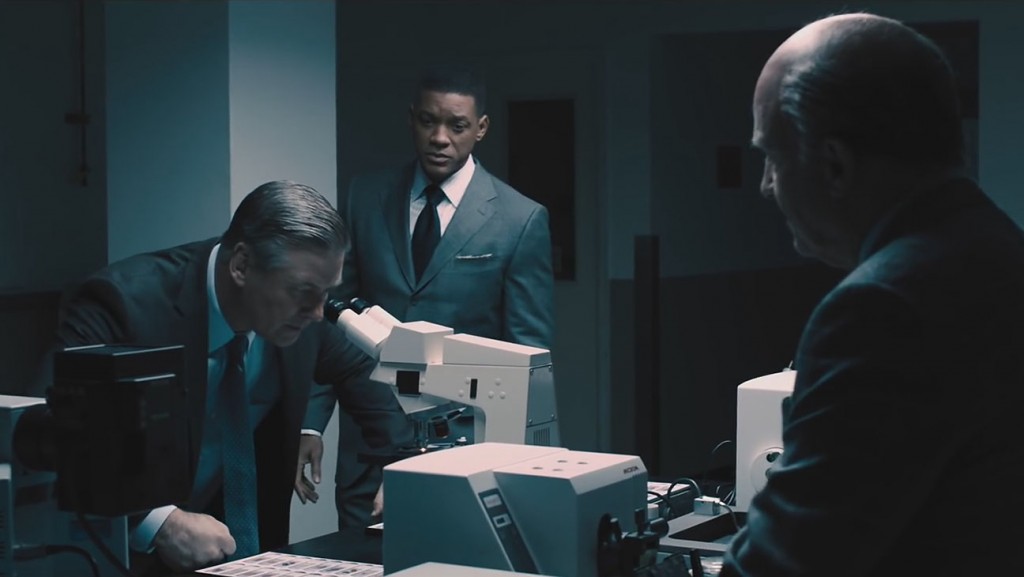 From the moment that Smith starts talking about his education in the opening courtroom scene, I instantly forgot that I was watching Will Smith. To put it simply: Smith is absolutely mesmerizing as Dr. Bennet Omalu. He nails the Nigerian accent and portrays Omalu in such a well-rounded manner. I was so impressed to see Smith pull this off and I honestly think this may actually earn him an Oscar nomination because he’s that good. The most interesting aspect about Omalu is that the man is a genius but is still down to earth. He takes the good with the bad and isn’t afraid to have a sense of humor either.

Albert Brooks who plays Omalu’s boss Dr. Cyril Wecht is just so damn good in this film. Wecht is a character that adds a lot to the story but adds a lot of humor to this very serious story. I think Brooks over the past few years has proved that he can play the mixture of the dramatic yet comedic roles. He was great in Drive and really shines here as well. I wouldn’t be surprised if Brooks gets a supporting actor nomination for this role. He really shines here. 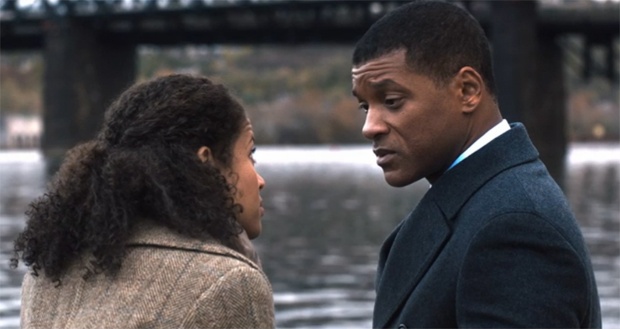 Underrated actress Gugu Mbatha-Raw plays Prema Mutiso in the film. While I don’t know if her performance in this film tops her performances in the seriously overlooked, Belle and Beyond the Lights, I still think Mbatha-Raw is solid here. At first, Raw seems like she was just thrown into the film to play a generic love interest but truth be told, she becomes a really great character and adds a lot of depth to why Omalu does certain things throughout his life. She is a very talented and overlooked actress and has fantastic chemistry with Smith on-screen.

Rounding out the cast is Alec Baldwin who plays Dr. Julian Bailes, a doctor that once worked on behalf of the Pittsburg Steelers. Bailes is a complex character because he is dealing with his own morals while reflecting on a difficult job that he was once hired to do. Bailes is a supporter of Omalu and along with Mutiso really pushes him to get his research out into the public eye. There is a great scene between Baldwin and Smith in a hotel room involving speaking at an NFL concussion conference. The scene really shows how much Bailes has sacrificed to do something moral and how others now view him because of that decision.

Since I attended the premiere, I got to watch a Q&A with the real Dr. Omalu, Will Smith, Peter Landesman, and Albert Brooks. It was clear while listening to these four speak that this film was something that served as a passion project for everyone involved. Smith even mentioned that he was leery about taking on the role since his son plays football but he felt like meeting Omalu really opened his eyes to it. Dr. Omalu seemed to be very thankful to everyone for telling his story and even made mention to point out that he felt like it was a very accurate portrait of the events that occurred in his life.

All in all, Concussion is one of the year’s best films. It is a game changer for Will Smith and hopefully this film will educate people. The film is well acted, well shot, and pretty thrilling. It does drag a bit at times but I feel a film like this has to since it can’t always be intense since it really has a lot to do with science and discovery. Concussion will definitely be talked about a lot especially since its being released in peak football season and I can only hope that it gets people to open their eyes about how serious the sport can be despite the fact they enjoy watching it for fun. I think this is a great film and one that you will be hearing a lot about come award season.

MovieManMenzel’s final rating for Concussion is a 9 out of 10. 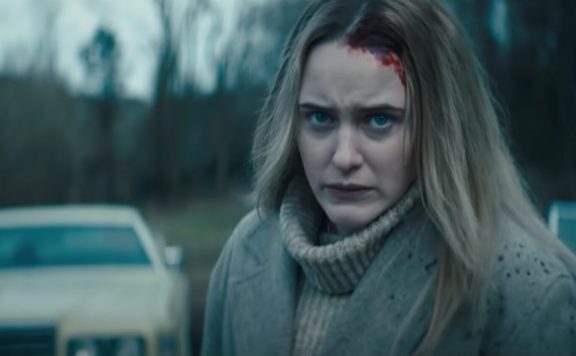