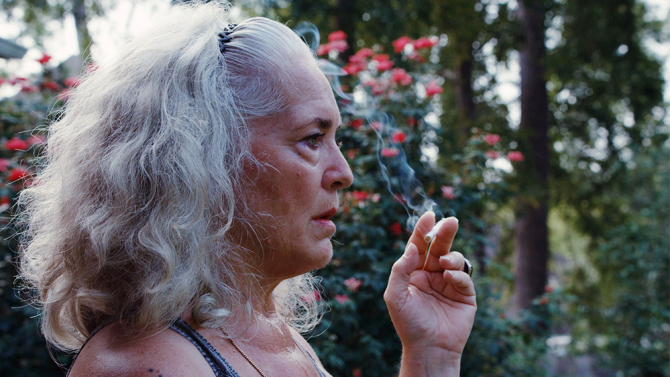 Krisha is an interesting mess of a family drama

Trey Edward Shults’ feature debut Krisha is one of the more unique independent films I’ve seen this year. Unfortunately it’s also one of the bumpiest in terms of style. I thought of elements of everything from Richard Linklater to Darren Aronofsky to horror films to intimate family dramas as I watched it unfold. Let that odd mix of things sink in for a moment.

Krisha follows the title character – played excellently by Krisha Fairchild – as she returns home for Thanksgiving after ten years of being away from her large family. She must face her inner demons and past substance abuse while trying to reconnect with her son – played by Shults. Krisha and the many others struggle to get past the awkwardness of the situation as the night goes on.

After a long opening tracking shot of Krisha searching for the right house of where she is staying, it’s evident that the audience is in for a different type of Thanksgiving family drama with Krisha. As the film moves on and Shults explores emotional baggage with the main character, he and his team also search out a variety of styles in telling the story. The aspect ratios change in a few scenes, the music goes from distracting plucked strings to sweeping emotional work, the camerawork settles for normalcy at times while going completely artsy at other times, and so on.

Shults, cinematographer Drew Daniels, and the rest of the crew have expertly crafted a lot of individual pieces, though some moments feel pointless (such as a scene involving fixing a computer). But the pieces just don’t always gel together and the result sometimes feels like chaos on the screen. However, Krisha’s moving journey thankfully anchors the film, mostly due to the performance of Fairchild.

The acting in Krisha is very hit and miss, with quite a bit of obvious improvising going on. A lot of the cast is made up of Shults’ actual family members and non-professionals — which often shows. Fairchild, who is Shults’ real-life aunt, is a powerhouse throughout though. She delivers a performance full of pain and nuance, giving Krisha a bruised heart that the audience can feel. One scene involving a zoom shot of her and Shults is particularly terrific. The only other performance that comes close to Fairchild’s level is from Bill Wise as a character named Doyle; Wise provides most of the movie’s comedic moments with acid wit.

I saw Krisha at AFI Fest. During the Q&A, Shults admitted, “I didn’t fully know what I was doing” when it came to his short film version and parts of this feature film version of Krisha. Watching the feature film, the messiness of the whole affair reflected such a statement. But there is also something exciting and beautiful in seeing this new cinematic voice try out different things even as they don’t always stick. It’s that daringness that makes Shults a talent I want to keep my eye on as he grows as a filmmaker.

Viewing Recommendation(s): Skip It, Wait for Cable, Wait for Blu-ray Rental/VOD, See It at Matinee Price, Worth Full-Price Theater Ticket 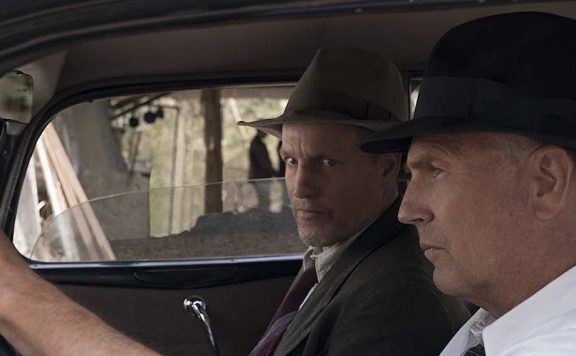 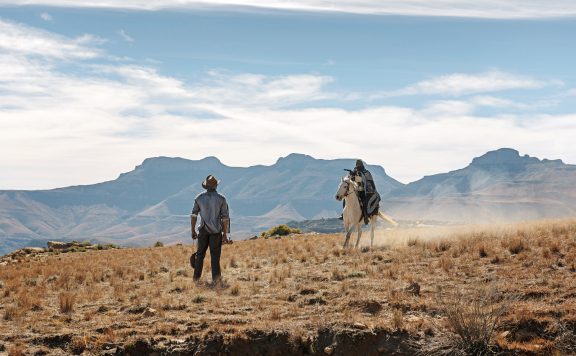