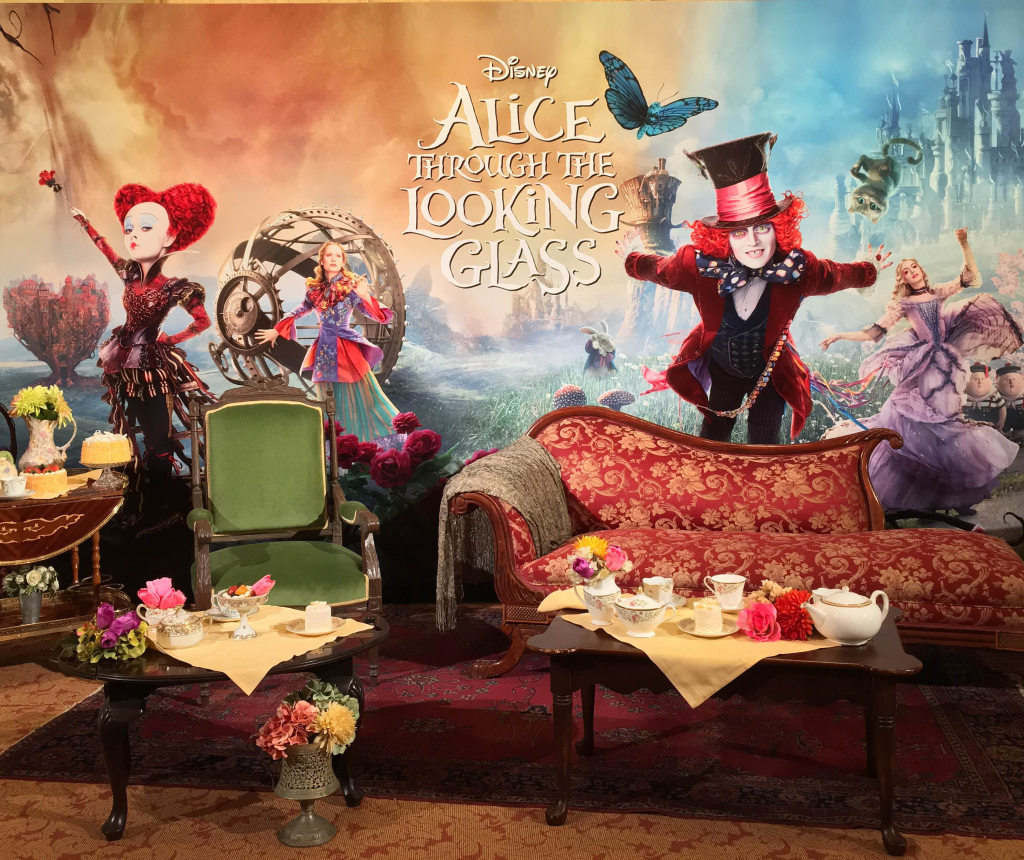 Alice Through the Looking Glass is the sequel to Tim Burton’s smash hit Alice in Wonderland. What many may not know is that the film is loosely-based on Lewis Carroll’s follow up to Alice in Wonderland entitled Through the Looking-Glass, and What Alice Found There. This past Sunday, I was lucky enough to get to sit down with Mia Wasikowska, Anne Hathaway, director James Bobin, and producer Suzanne Todd to discuss the film as well as talk about how the brilliant Lewis Carroll inspired each on them with his material.

The conservation lasted about 35 minutes and a lot of subjects were discussed from Anne Hathaway and Helena Bonham Carter building their relationship as sisters in the film to how this film showcases plenty of female empowerment. The conversation was interesting and informative so just like I have done in the past, I want to mention about 10 different things that came up during this conversation that I found to be interesting.

12. When asked about her on-screen relationship with Helena Bonham Carter, Hathaway had nothing but positive things to say about her co-star. She mentioned that she thinks the “world is better place because Helena is on the planet.” She continued on my saying that she felt that Cater is “inventive, fresh, fearless, and vulnerable.”

11. James Bobin pointed out the character of Alice in the book was born around the same time as suffragette movement began. Bobin also mentioned that he felt Carroll had a way with writing women of the future and that he was a big advocate for strong females even back in the 1890s.

10. Anne Hathaway loved pealing back the layers of her character Mirana in the sequel. Hathaway stated that it was nice to see that Mirana “wasn’t perfect and has a dark past.” Hathaway also mentioned that as the film goes on Mirana “feels shame and guilt” which allowed her to put some real emotion into the character. 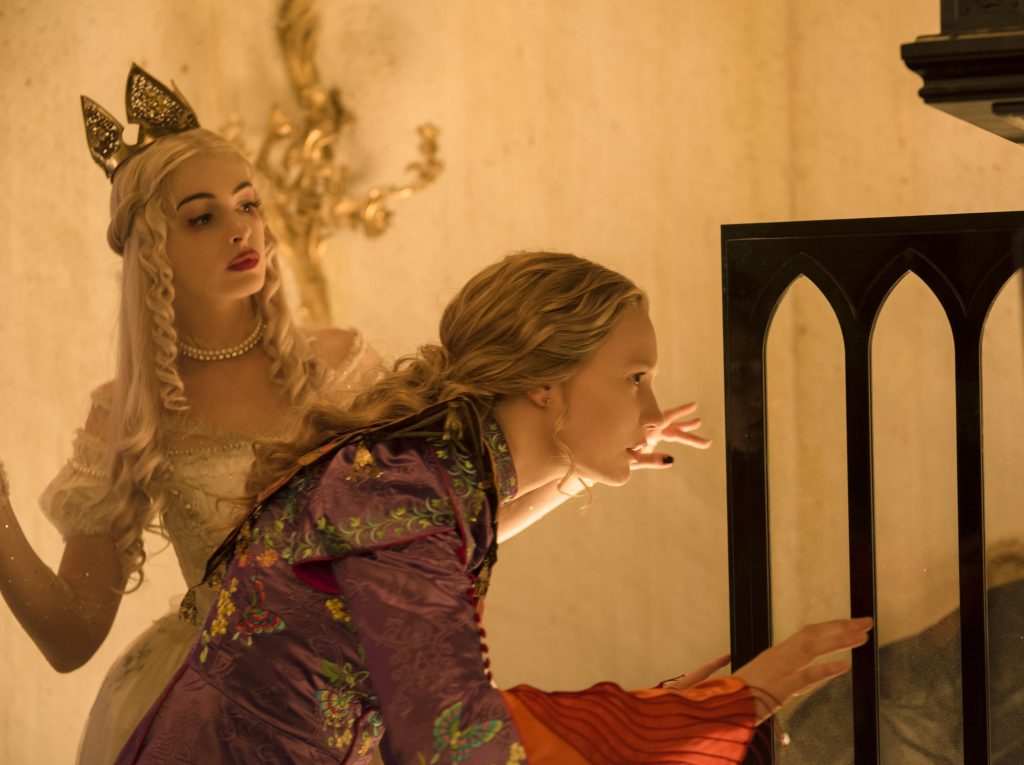 9. When discussing the costume design, Wasikowska jokingly stated that costume designer Colleen Atwood was “brilliant but evil” for designing such wonderful looking costumes that were rather uncomfortable to wear. Wasikowska added that she was very happy that Alice was able to wear trousers more often in this one.

8. A a child who grew up in England, Bobin was a big fan of Lewis Carroll. He mentioned that Carroll was “everywhere in England and was first introduced to the author by his grandparents.  As he grew older, Bobin loved reading Carroll’s work because “it made him laugh.”

7. Todd mentioned that she first learned about Carroll from Disneyland. She went on the Mad Tea Cups and also, the Alice in Wonderland ride which later in life inspired her to read the novel.

6. Hathaway always wanted to be in a Quentin Tarantino film. She loves the way he sees women and would love to one day be one of his heroines.

5. Wasikowska thinks “it’s strange” that a big summer blockbuster with a strong female cast like this film is still not a standard. 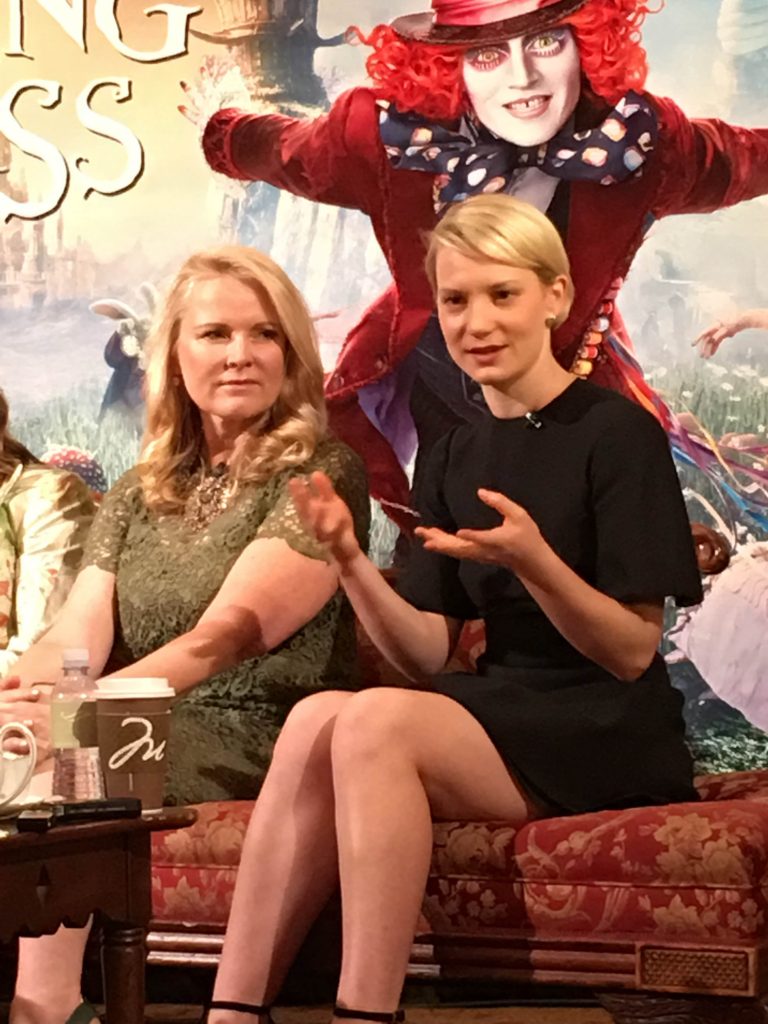 3. James Bobin wanted to make the character of Alice as real as possible even in this imaginative world. He wanted to make sure that Alice struggled when doing things and that the film showed her as a human rather than a superhero. Bobin added that he views Alice as “brave, strong, and determined.”

2. There was a scene featuring Anne Hathaway’s Mirana that involved stunts but was cut out of the film. Suzanne Todd joked that the scene will be featured as a special feature on the Blu-Ray release.

1. Wasikowska loved that the film opens with her character Alice coming from a very empowered place as a captain of her own ship.  “Alice is worth more than other people want of her. She believes her character showcases a strong sense of knowing who she really is.”

I found most of this event rather interesting because of all the feminism and female empowerment talk that went on throughout the event. Its interesting that while most will look at this film as simply another big blockbuster, a lot of the film is really about strong females and showcasing their abilities to be strong and overcome obstacles. With a film like Alice Through the Looking Glass, you have a lot of great visuals but also some great messages as well. Its refreshing that Disney continues to work with writers and directors who dare to challenge audiences to think about the underlying messages.

Are you excited to see Alice Through The Looking Glass when it opens this weekend?  Are you a fan of Lewis Carroll’s work and if so what did you think of this modern re-telling of a classic novel. Let me know in the comments below.