Chris Evans may play Captain America, but it’s Chris Pine who lately seems much more committed to truth, freedom and the American way–without the spandex. Perhaps inspired by his portrayal of All-American Steve Trevor in two Wonder Woman movies, Pine has chosen roles in two new movies that are coming out within a week of each other and put different spins on patriotism, confronting preconceived notions we may have of what it means to be a hero.

Last week, The Contractor opened and was about a jaded American soldier who goes rogue after learning he’s been betrayed. In All the Old Knives, arriving this week, Pine plays a jaded CIA agent assigned to sniff out a mole who betrayed the agency twelve years earlier during an airplane hijacking crisis. There’s lots of betrayal of trust in both movies, and Pine is set up perfectly in each as the guardian of all things good and beautiful, the one we gladly entrust to save the day and protect our nation’s honor.

If only it were that simple. All the Old Knives, directed by Janus Metz with a screenplay by Olen Steinhauer, based on his own book, is a twisty, complex house of cards with Pine’s character, CIA agent Henry Pelham, at the center. Twelve years after a deadly terrorist hijacking of an airplane in Austria left no survivors, Henry is told by his boss, Vick Wallinger, played by Laurence Fishburne, that the newly captured mastermind of the attack has confessed that he had help from inside the CIA station in Vienna in planning and carrying out the hijacking. Wallinger assigns Henry to find out which member of their old team was the mole and mete out the proper punishment to them. Needless to say, a trial is not an option. 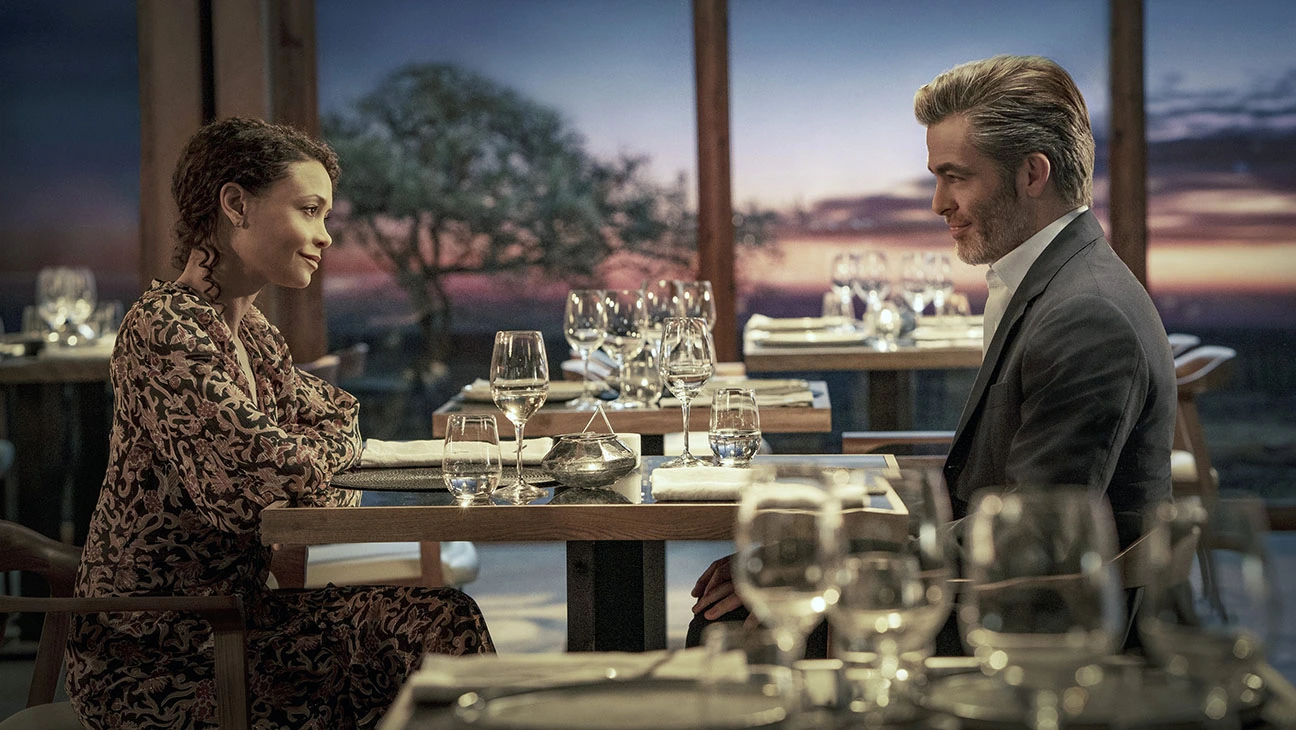 While we do meet the whole team in a series of flashbacks, Henry’s investigation focuses on two suspects: his former boss, Bill Compton (Jonathan Pryce) and his former lover, Celia Harrison (Thandiwe Newton). Both have retired from the CIA, so Henry must track them down and interrogate each of them separately. Henry’s approach is far from the same one the Americans took to shake the information out of the captured terrorist mastermind. There will be no torture unless you count the mental games Henry plays with his former colleagues, especially with Celia, the lost love of Henry’s life.

Far from the thriller it is trying to be, All the Old Knives plays more like an Agatha Christie whodunit, with lots of mystery and even more talking. The only action is in the flashback scenes that put us on the airplane itself during the violent hijacking. These scenes are overly disturbing, as if they are in a different movie, and totally take you out of the film. The emotional manipulation of these scenes is aggressively violating, almost enough to make you want to walk out. There is enough in the structure and plot of All the Old Knives to be reminiscent of Steven Spielberg’s Munich, which also re-created horrific events in flashback, but they were done with much more of a deft touch compared to the blunt aggression of these scenes.

It is a tale of two movies, as the rest of the film is spent in quiet conversation, punctuated with other flashback scenes used to piece together the actions of our main players on that fateful day twelve years earlier. Henry finds Bill in London at his favorite pub and grills him over his suspicious behavior, doing all he can to get Bill to confess. Henry then goes to Carmel, California, where his former lover, Celia, is now happily married with two children, having retired from the CIA right after the hijacking. She agrees to meet him at her favorite restaurant overlooking the ocean. They engage in a delicate but purposeful conversation over several bottles of wine and a fine gourmet meal. 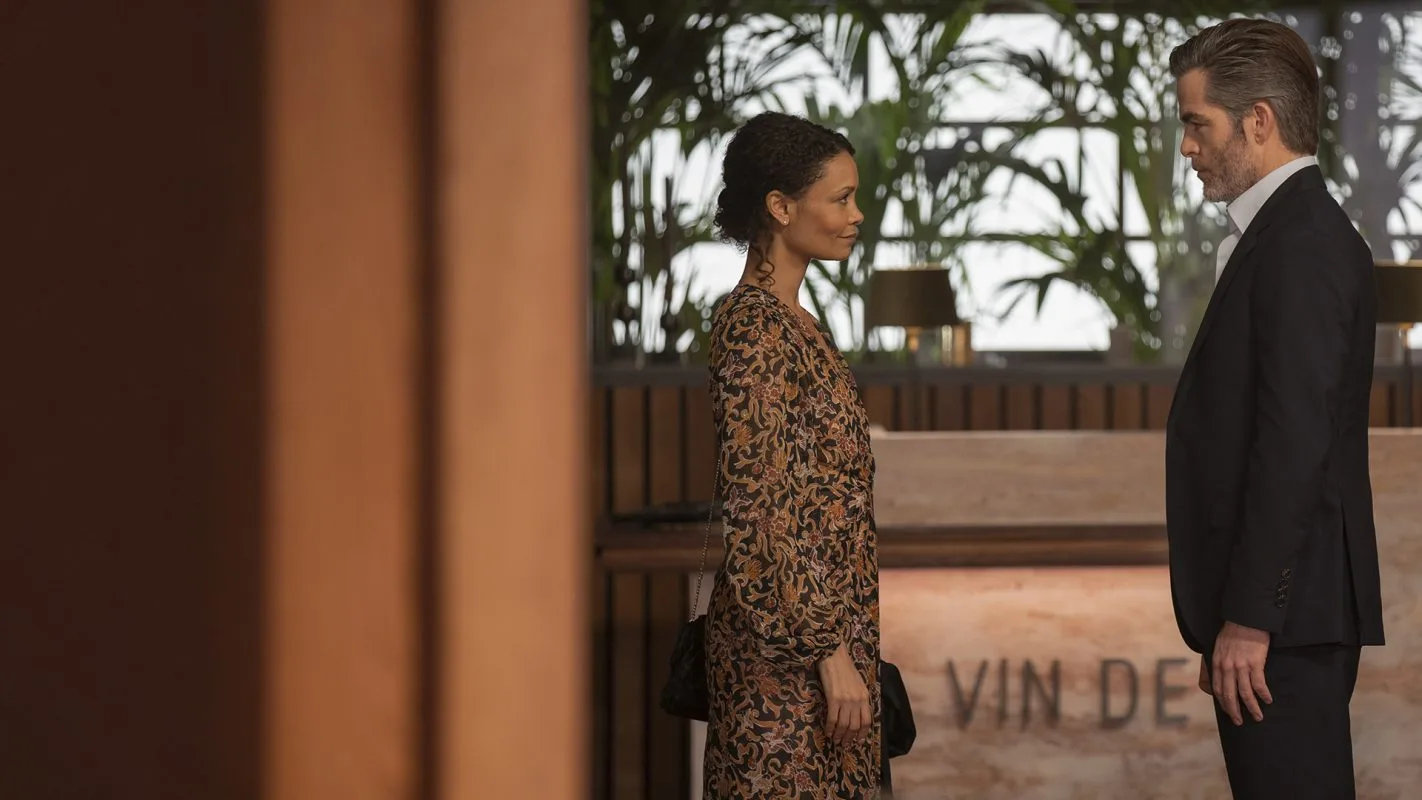 The emotional thrust of All the Old Knives centers on Celia and Henry’s love affair while they were working together in Vienna. Before the fateful day of the hijacking, they were in love and planning to spend their lives together. But by the end of the crisis, when all had gone so painfully wrong and everyone on the plane were dead, Celia took off and left Vienna and Henry with no explanation. In meeting with Celia, Henry was carrying two motives: to see if Celia was, in fact, the traitor, and to find out why she left him heartbroken and confused.

The success of All the Old Knives rests on the chemistry between Newton and Pine, which is passable, mainly due to the efforts of Newton, who is sublime in her traversing of emotions. Pine plays Henry as passive and restrained, unfortunately not quite able to navigate the complex emotional territory that is demanded here. For all of Pine’s gifts, texture is not one of them, which is really missed in a story as complex as this one is. But Newton and Pryce are absolutely perfect in their mutual exploration of characters who might not be what they seem.

The film’s best parts are the scenes in California, gorgeously shot by cinematographer Charlotte Bruus Christensen, who makes full use of the setting California sun, with every hue seen through the giant plate-glass windows of the cliffside restaurant. I may not have been interested in learning who the mole was, but this movie sure did make me hungry and long for a drive up the coast.

There is a twist ending that doesn’t really feel earned, and the fact that the motivation for the mole’s actions are never really addressed is a gaping hole, but there is enough in the characters, especially as played by Newton and Pryce, to make All the Old Knives an entertaining-enough movie, if not the espionage thriller you were hoping for.

All The Old Knives will be available to stream on Prime Video starting April 8, 2022. 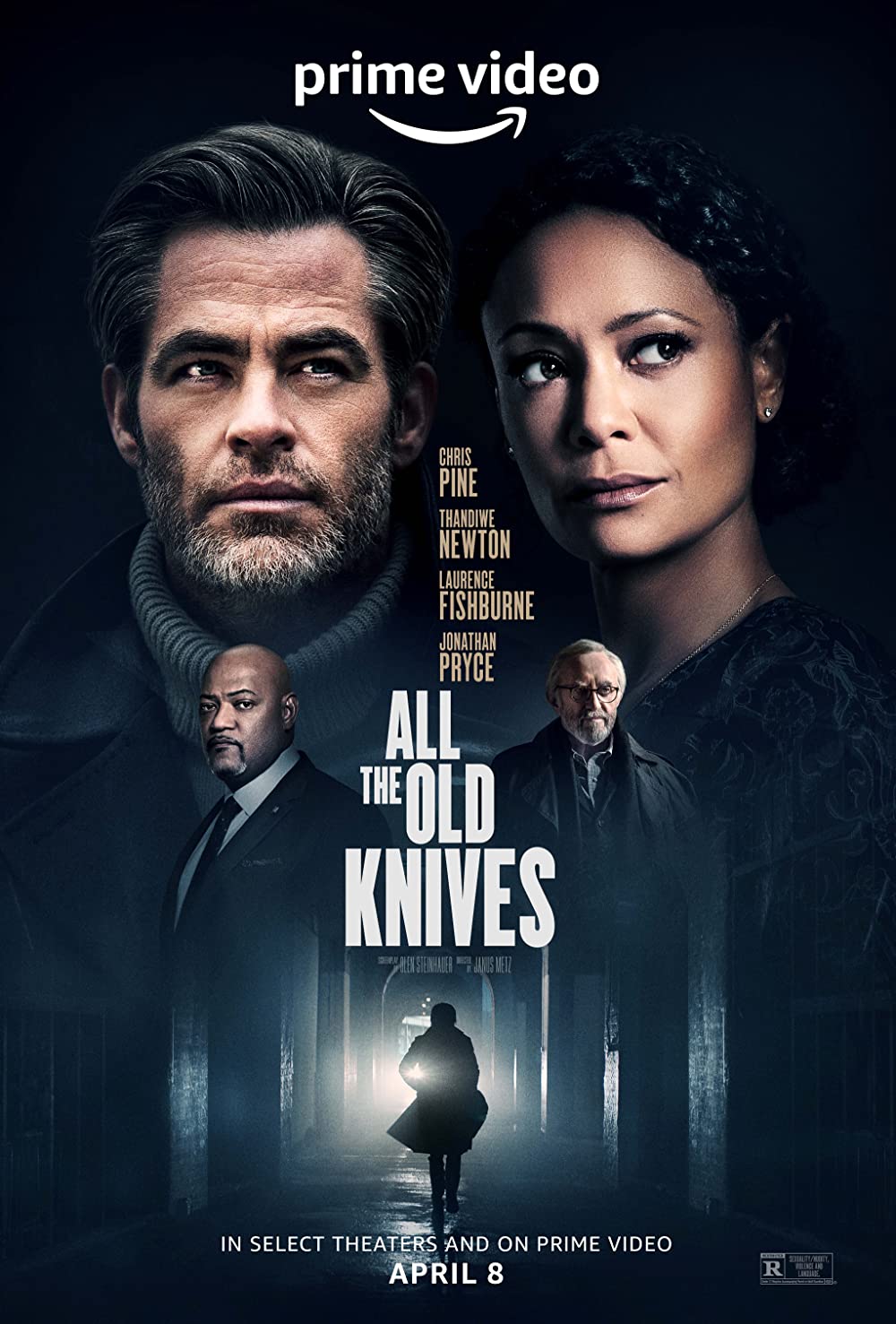 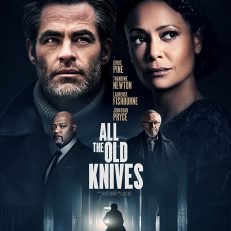 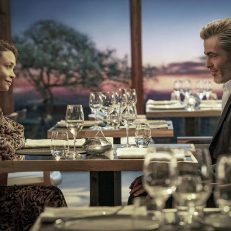 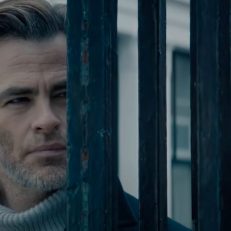 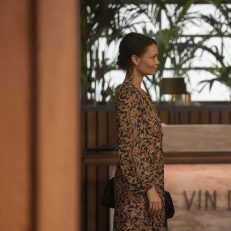