It has been a really long time since I have enjoyed a new family Christmas film, but Almost Christmas is everything you could’ve asked for in a family film. It is THE holiday film of the year. Almost Christmas tells the story of the Meyers family, coming together for the first Christmas since their mother had passed. Walter (Danny Glover) is getting his family and kids together to celebrate the holiday and is struggling to get through the holiday without his wife. The film opens with a beautiful montage of their lives, and it really brings a tear to your eye.

As with every family, there are people who don’t particularly get along well. This manifests itself in Rachel (Gabrielle Union) and Cheryl (Kimberly Elise), who disagree and argue about everything, including Cheryl’s husband Lonnie (JB Smoove). They are sisters and are constantly at each other’s throats. Evan (Jessie T. Usher) is the baby of the family and a football player struggling with his abuse of prescription drugs following an injury and the loss of his mother. Christian (Romany Malco) is running for Senator and is wrapped up with his campaign manager as his wife, Sonya (Nicole Ari Parker) tries to get him to spend time with his kids and family. On top of this whole crazy mess, there are Rachel’s daughter and Sonya and Christian’s kids as well running around and having fun. The entire crazy family is topped off by the incomparable Aunt May (Mo’Nique). 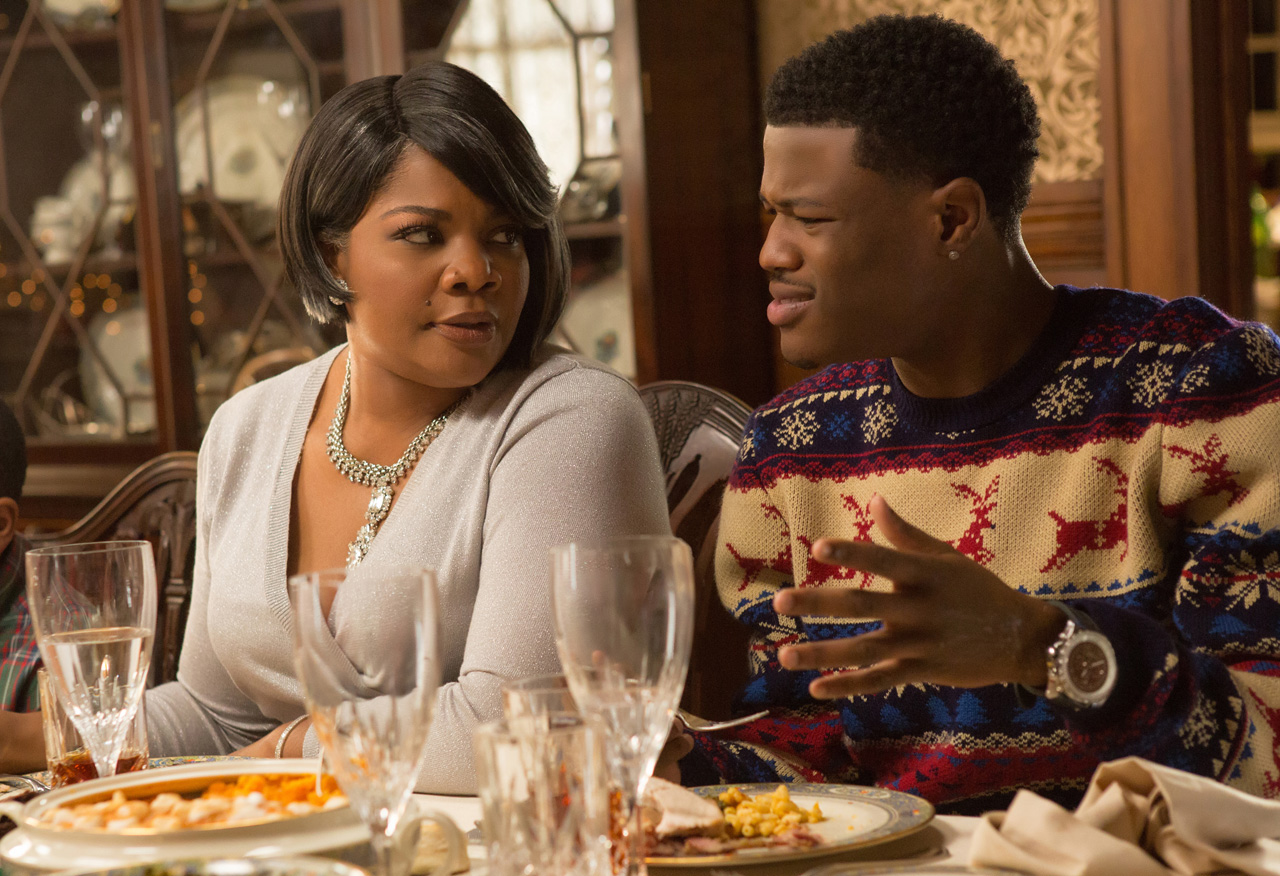 The performances in this film are incredible with great chemistry between the characters. Even the kids in the film were a great addition to the cast providing a lot of comedy and perspective to the film. There is heart and great emotional depth to the characters and in their connection to each other. The film is funny and heartfelt. It is realistic and true to the nature and craziness of families and family get-togethers. The film brings out of the joy and love we can find in our families at the holiday season. The one issue I had with the film was JB Smoove’s character, Lonnie. In my opinion, he was way too over the top for the film and stuck out a bit too much.

The pacing of the film was great and at no point did it feel too long or drag. The film does have a close to two-hour runtime, but it definitely doesn’t feel like it. The film sucks you into the characters and their lives from the very first scene and until the very last. Almost Christmas is the best holiday film in years. It is hilarious and heartfelt, giving you a nostalgic feeling for family, home and the holidays. It will keep you laughing all the way until the new year.

“Hidden Figures” Review: The Inspirational Film You Must See
January 17, 2017

Almost Christmas Review: A Joyful Celebration of Family It has been a really long time since I have enjoyed a new family Christmas film, but Almost Christmas is everything you could've asked for in a family film. It is THE holiday film o...
0
Average User Rating
0 votes
Please sign in to rate.