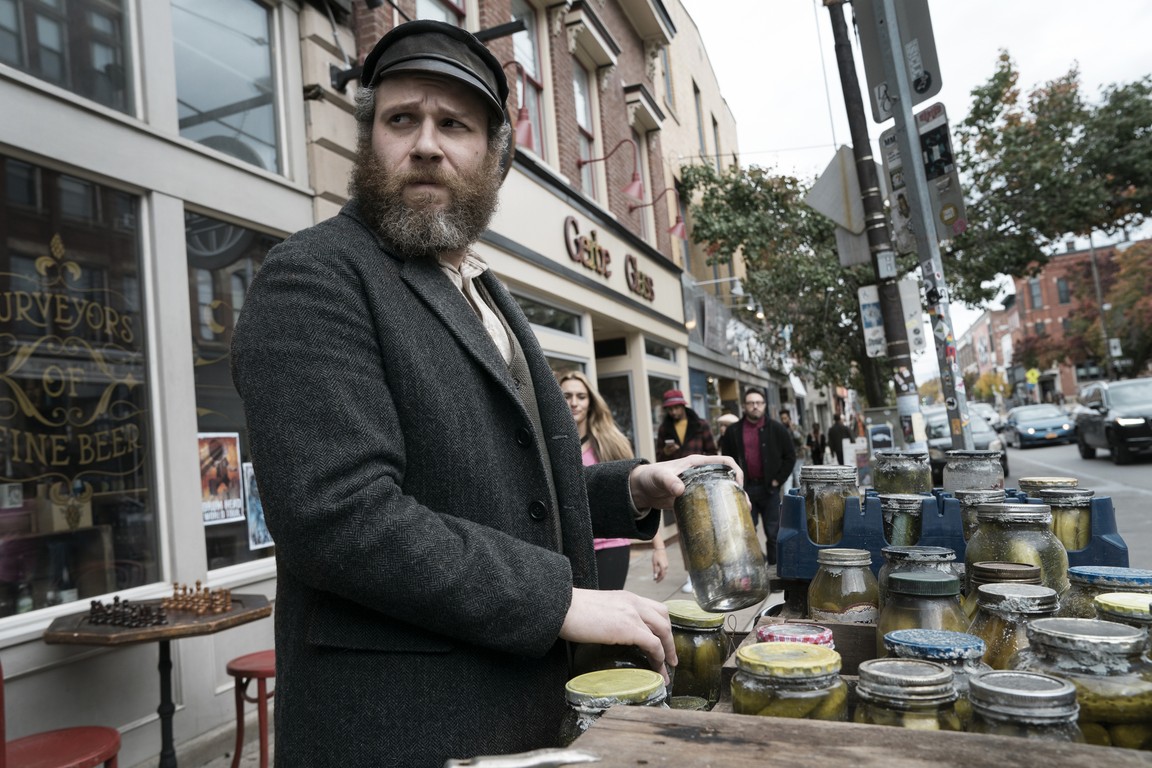 The multiple performance concept can work in a couple of different ways. One revolves around the sheer absurdity of the various characters, be it Eddie Murphy or Peter Sellers, and the admiration for seeing one person pull off being so many people. For An American Pickle, the film relies on audiences forgetting Seth Rogen is playing opposite himself for the majority of the movie. As many don’t give Rogen enough credit for how strong an actor he can be, that could understandably be a daunting challenge. And yet, this story of a century-old Jewish immigrant works primarily because of the distinct characterizations, and the sweetness that comes with the fable-like presentation of the film.

Rogen begins the film as Herschel Greenbaum, a struggling immigrant who moves to America in 1920 in hopes of achieving the American dream. However, wouldn’t you know it, while working at his factory job, one day, Herschel slips and falls into a vat of pickles and is brined for one hundred years. Somehow, he is preserved perfectly (the film provides a great joke surrounding the science of this) and finds himself in present-day Brooklyn. His only living relative is Ben Greenbaum (also Rogen), an app-designer hoping to make it big in the industry. Now living with Ben, Herschel will do what he can to adapt.

I find no reason to be harsh on Herschel. There is a lightness to the presentation of the story, but I also liked the focus on themes dealing with family. A set of rules about how Herschel reacts to this new world is clearly established, as the film wants to work as this sort of fantastical comedy. That provides me with enough reason not to focus on how a man like this would react to such strange times, let alone not have him dwell on horrible events involving the Jews (don’t expect any Holocaust references in the film). As a result, An American Pickle ends up feeling like more of a Jewish Being There. 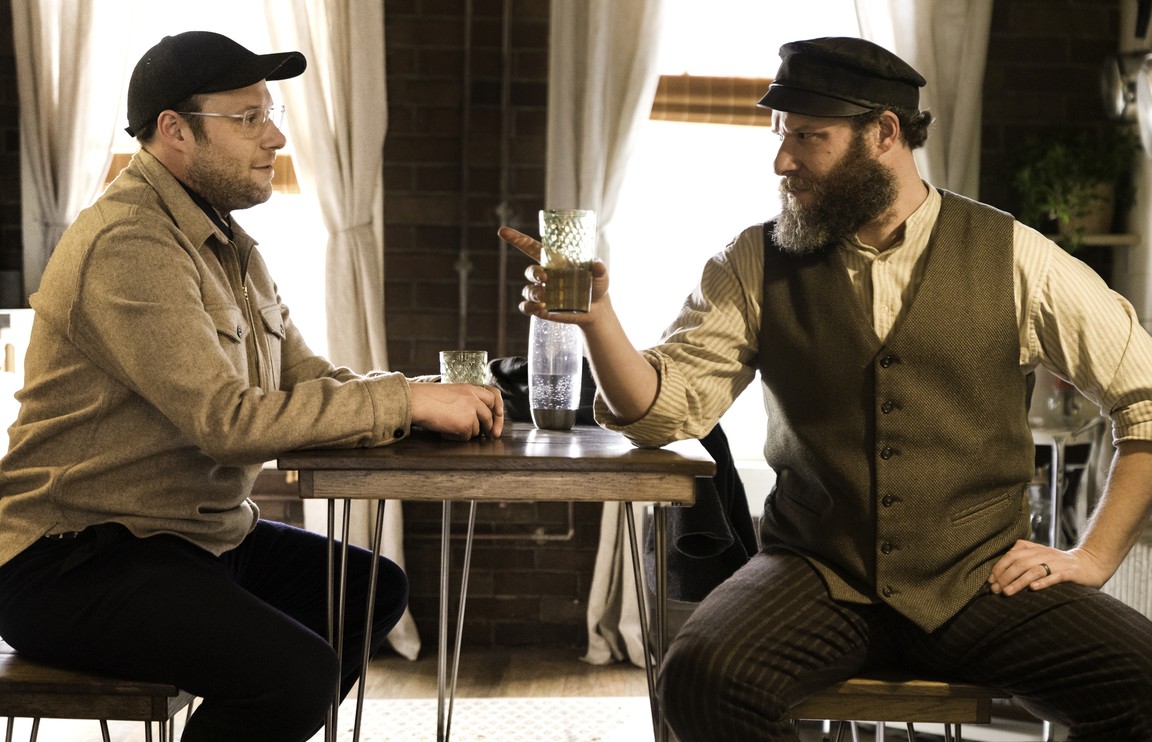 Written by Simon Rich, who has adapted his own short story, “Sell Out,” the film finds a lot more mileage in lightly satirizing what it takes to become wealthy and successful in 2020 America. While Ben seeks fortune through hard work and innovation using current trends and technology, Herschel becomes a viral sensation. Interestingly, much like Ted, rather than focus on the fantastical aspect of either a teddy bear coming to life or a man surviving for a hundred years in pickle brine, the film allows Herschel to simply exist as a man out of touch with the culture of today.

As mentioned, Rogen finds success in creating a real character with Herschel, as well as Ben. Both men have similar personality traits, especially once the film tilts towards becoming a story of one-upmanship, but they still work separately. Ben is more of the typical Rogen character, with an added element involving the loss of his parents. Herschel is put on display through his thick accent and bushy beard, in addition to his old country thoughts concerning women, Russians, and other religions. That An American Pickle can successfully build towards entirely inappropriate statements and garner laughter out of them is further proof that movies aren’t simply “canceled” for having certain kinds of content, when the execution and context prove to be effective.

Of course, no one would confuse An American Pickle with being a controversial film. Under the direction of Brandon Trost (the cinematographer behind many films featuring Rogen and company), while the comedy stems from areas that have helped turn Rogen into a movie star, there is a focus keeping the film away from raunchier territory. Part of that comes from the film mostly being a two-hander between Rogen and himself. 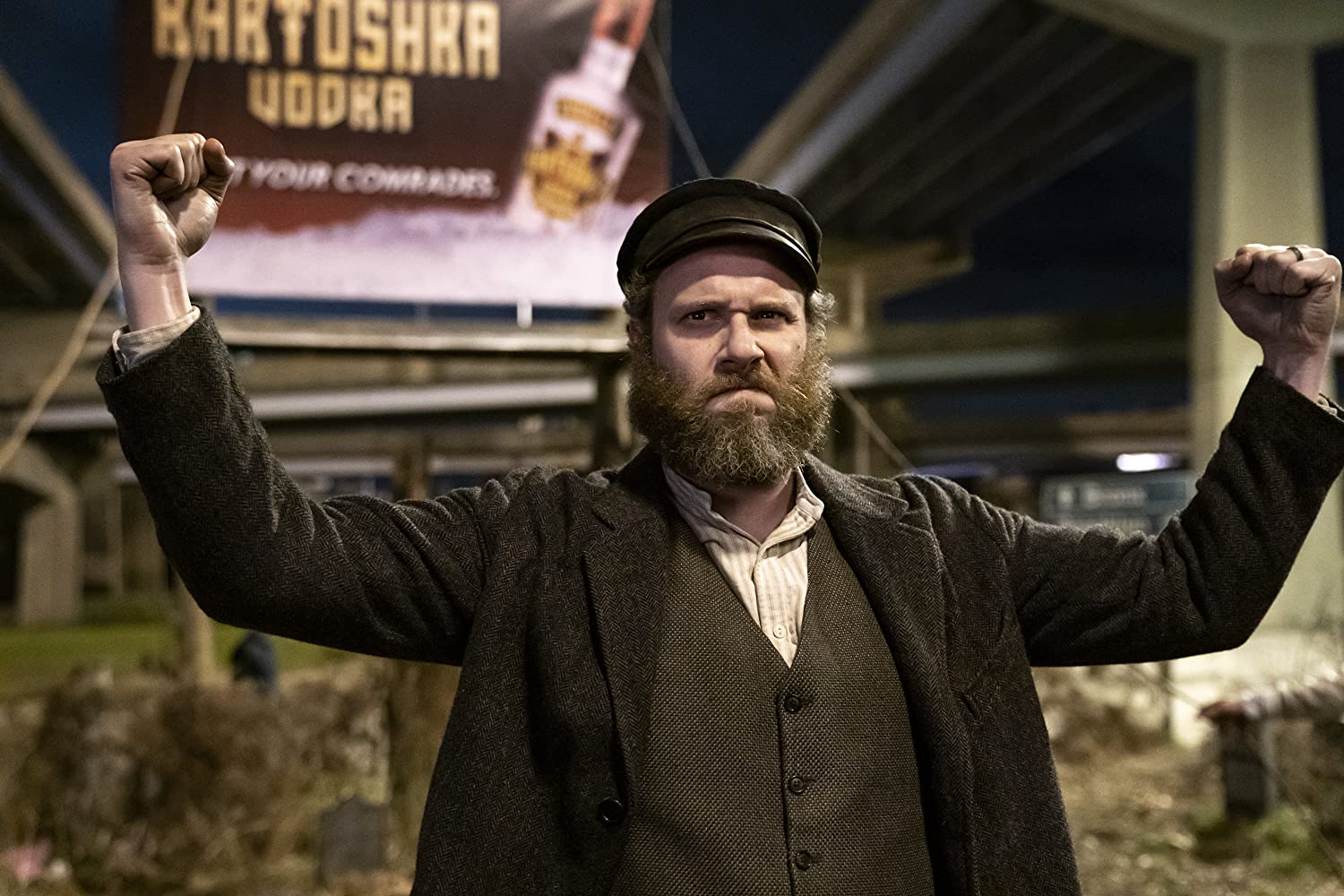 Without having to outdo some of his regular comedy pals in the improv game, keeping the movie locked onto the struggles these two characters face means having somewhat lower stakes, but a solid emotional grounding. The story may take some ridiculous turns, but this is less about having an accurate presentation of reality, and more about using exaggerated circumstances to show the lengths some would go to honor their family.

With a good handle on balancing humor and sentimentality, An American Pickle works as a well-meaning film that puts Rogen’s talents to the test. The seamless work done to not only present both characters at once but allow them to come off so distinctly is the film’s greatest success. While not exactly approaching Hal Ashby levels of quality, there is an attempt to bring an outsider into American life, with a traditional Jewish bent that further allows for a layer of personality. All of that is enough for me to accept this story of a man who was pickled for generations and was still able to live the American dream. 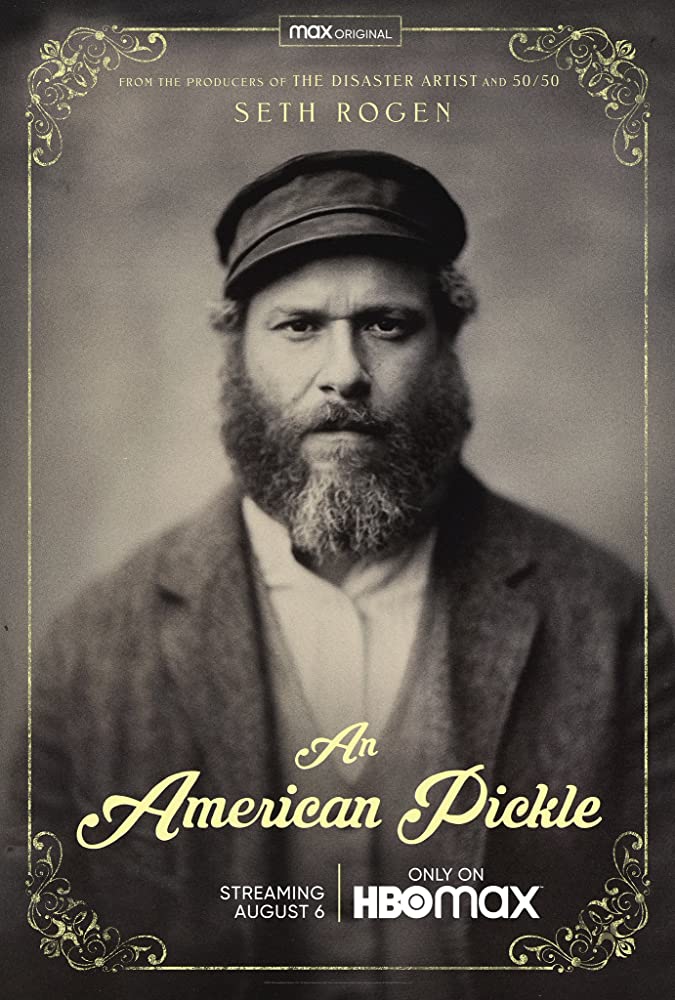