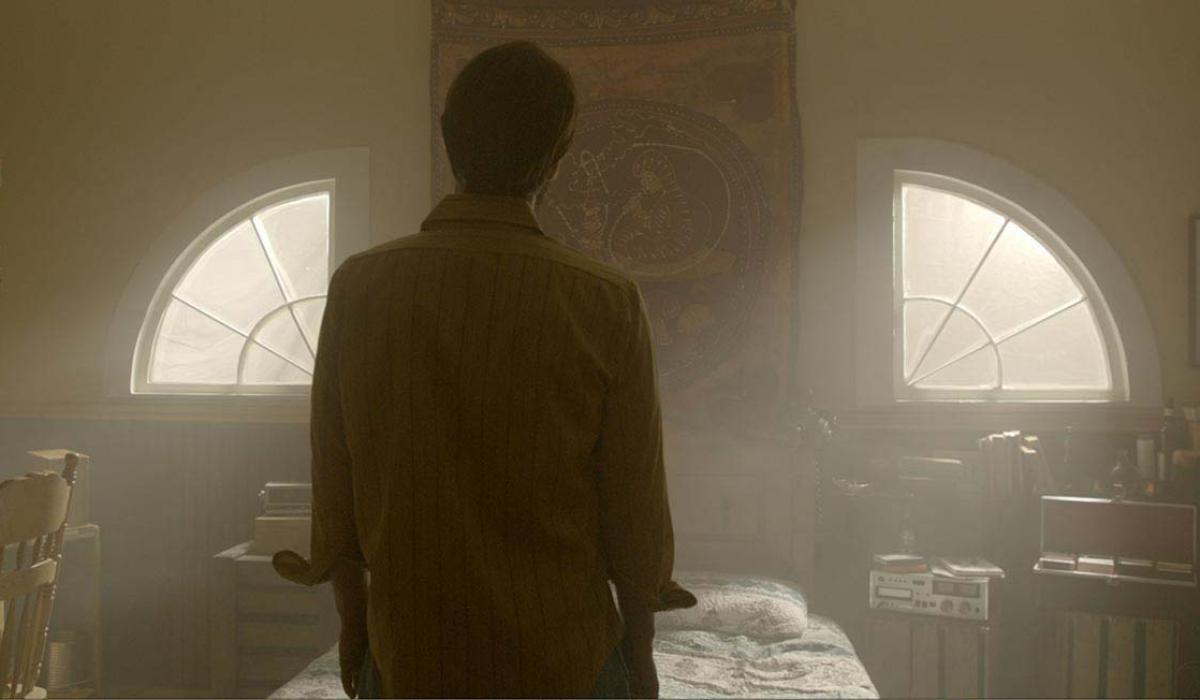 I’ve always been intrigued by the Amityville Horror mythology. When I was in grade school, I read George Lutz’s book about his experiences living in the haunted house, and have seen the 1979 movie starring Margot Kidder and James Brolin more times than I can count. Later in life, after I became an entertainment journalist, I interviewed Lutz at length in connection with the big-budget 2005 remake starring Melissa George and Ryan Reynolds.

Although the tales telling of evil entities invading the spooky structure have since been widely debunked, there is no denying that the Dutch Colonial at 112 Ocean Avenue in Amityville, NY., was the site of horrible multiple homicides in 1974. The story of the DeFeo family’s gruesome deaths and the nights of horror that led up to them is the focus of The Amityville Murders, written and directed by a noted historian on the subject, filmmaker Daniel Farrands.

While 1982’s Amityville II: The Possession changed the family’s name and posed a Satanic storyline, this film sticks to at least some of the facts. The executioner of his family, Ronald DeFeo, Jr., aka “Butch” (short for the butcher?), was indeed deeply-disturbed. John Robinson (The Lords of Dogtown) does a stellar job in playing young man as he morphs from vulnerability to calculated murderousness, eliciting both sympathy and chills. Mentally ill in Amityville has a ring to it, but this is a horror movie first and foremost so there are some supernatural elements added to the mix. 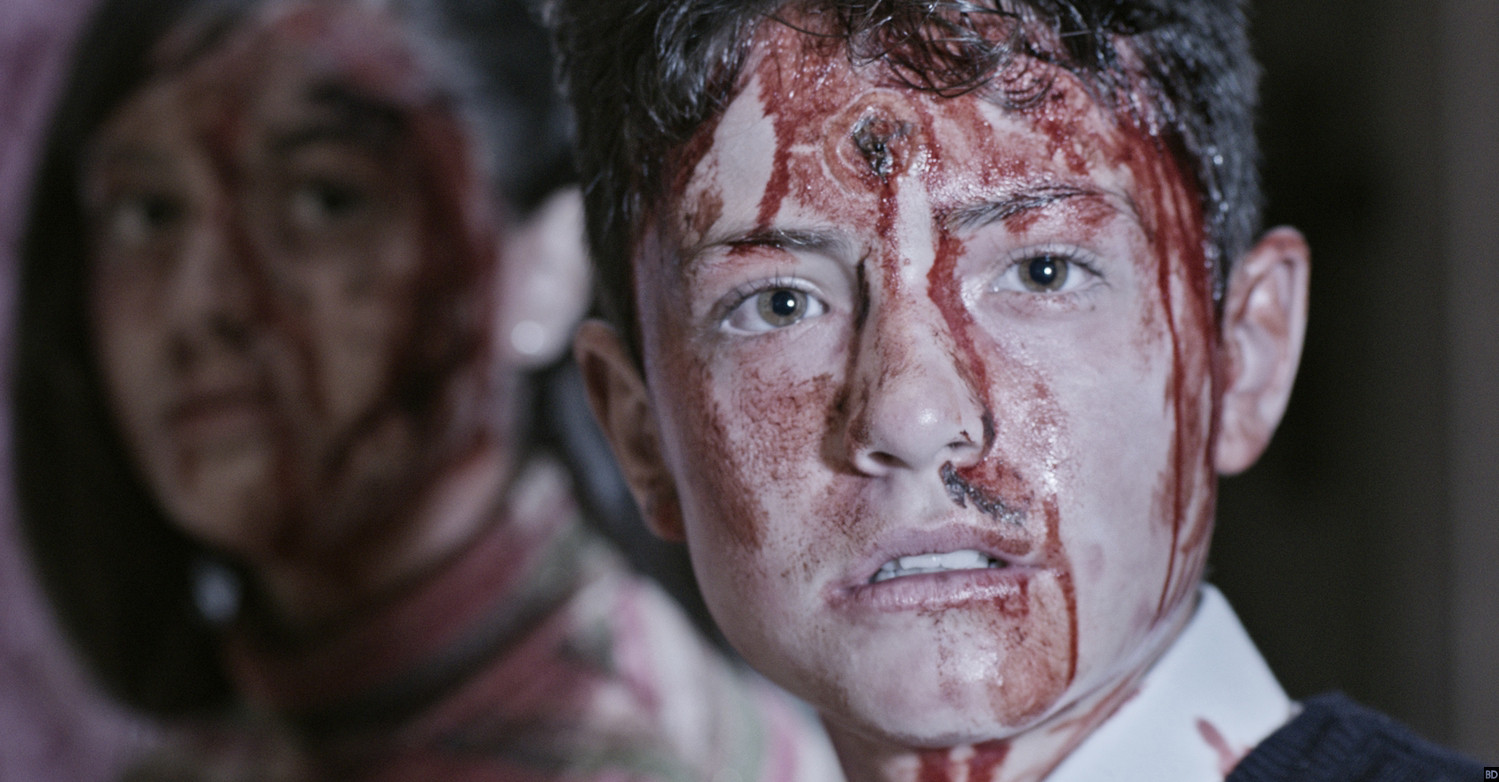 Twenty-three-year-old Butch and his sister Dawn (Chelsea Ricketts, “Scream Queens”), who’s five years younger than him but shares the same birthday, are the only ones in the family who can see and hear the entities. They keep this information to themselves, because Who would believe them? Dad Ronnie (Paul Ben-Victor, “The Wire”) is an abusive fella with a hair-trigger temper that ignites at the slightest provocation, while meek mom Louise (Diane Franklin, Amityville II: The Possession) goes along to get along. Burt Young (Amityville II: The Possession) makes an appearance as the DeFeo family’s maternal grandfather, while grandma is played by Lainie Kazan (My Big Fat Greek Wedding). The doomed DeFeo children are also a part of the narrative, but only in a minor way.

In addition to the family, there’s The Family. That’s right, rumor has it Louise’s father was mobbed up with the Vito Genovese crime clan. While this element is a part of the true story, it’s only hinted at in the script and may lead to confusion in some viewers. Much of The Amityville Murders is made up of drama, dynamics, and discourse, but I feel it blends well with the shades of paranoid-schizophrenic visions and ghostly apparitions.

Butch and Dawn enjoy summoning spirits in the basement—sounds like fun, huh?—whom they mistakenly believe are guardian angels, but perhaps the scariest thing in this sequence is the bad CGI as loose pennies dervish about the small chamber like so many flies. Fortunately, the rest of the time everything looks great. There are sinister figures who resemble black ink scribbles and are absolutely effective. Practical makeup effects by Lindsey Petersen (The Id) are exceptional. Cinematographer Carlo Rinaldi (“Guidance”) composes his shots beautifully and has command of light and dark, using each to its best advantage. There is a particularly effective scene in which Ronnie opens Butch’s bedroom door to speak to him and we see only the shadow of him standing there. I feel that visuals and sound go hand-in-hand and therefore must compliment one another. So, it’s wonderful that the unsettling, eerie music by Dana Kaproff (1976’s When a Stranger Calls) sounds like the movie looks. 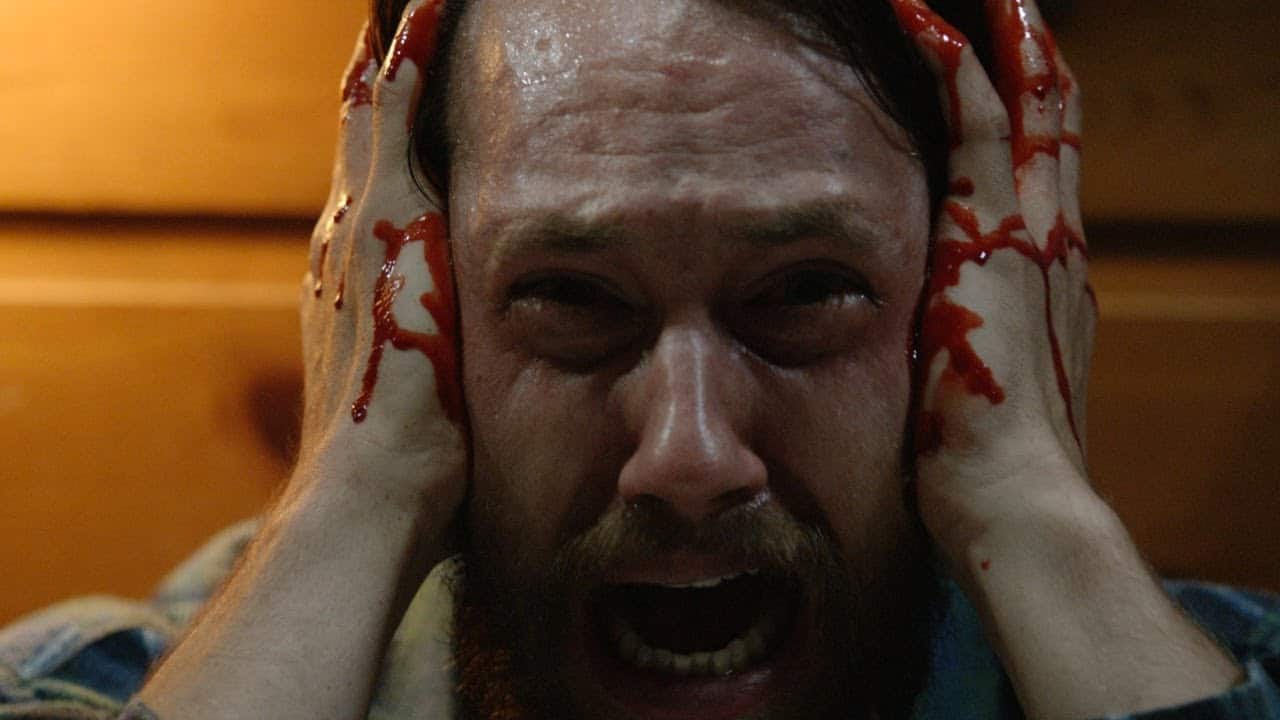 Once all the I’s are dotted and the T’s crossed, you may look back and decide that there were some unnecessary scenes (sex in a car; a visit to grandma’s house), but as they play out, they are interesting and they do add another aspect to characters who are otherwise only seen inside the murder house. Also, be aware that there’s a documentary-like wrap-up as the film concludes—this is done all the time in biopics, but in this case, the squeamish should be warned.

THE AMITYVILLE MURDERS is now playing in select theaters, On Demand and Digital.