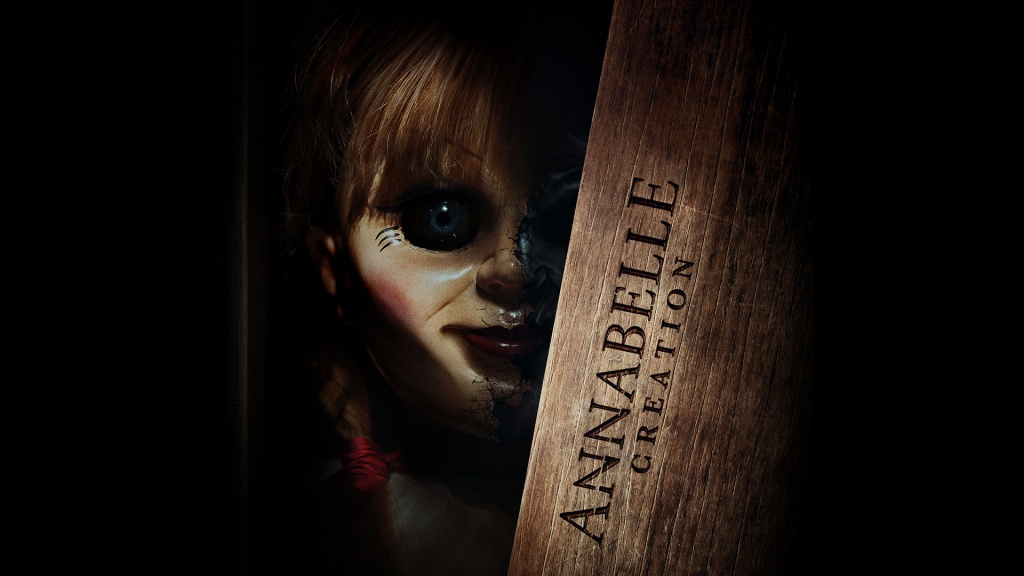 Annabelle: Creation Review: The Haunted House Thrill Ride That Conjuring Fans Have Been Yearning For.

Last year, David F. Sandberg redefined horror with Lights Out, a refreshing and inventive horror film that surprised both critics and audiences alike. Lights Out proved that Sandberg loves the horror genre so it didn’t surprise me when Warner Brothers announced that he would direct Annabelle: Creation, the next film in what can now be described as The Conjuring Cinematic Universe. In 2012,  The Conjuring was released and raised the bar for Horror movies in Hollywood. The film was a box office juggernaut and made over $318 million dollars worldwide on a $20 million dollar budget. Surprisingly, The Conjuring 2 was even better than the original and expanded upon the story told in the original.

The Conjuring films told great stories and focused on building characters, suspense, and atmosphere. The 2014 film Annabelle which is a prequel to the Conjuring wasn’t well-received by critics but still made money at the box office. That film proved that audiences had an interest in learning the origin story of this now infamous doll. Most fans, however, were disappointed that Annabelle didn’t live up to the hype of its predecessor. With that being said, I am happy to report that Annabelle: Creation is everything a great prequel should be and a whole lot more.

The first five minutes of Annabelle: Creation introduces the audience to the Mullins family. We learn that Samuel (Anthony LaPaglia) and Esther (Miranda Otto) have a daughter named Bee but an unfortunate accident leads to her death. After the accident, the film jumps 12 years into the future, where Samuel and Esther have opened their home to a group of orphan girls. The girls couldn’t be happier with their new home that is until strange things begin to occur. 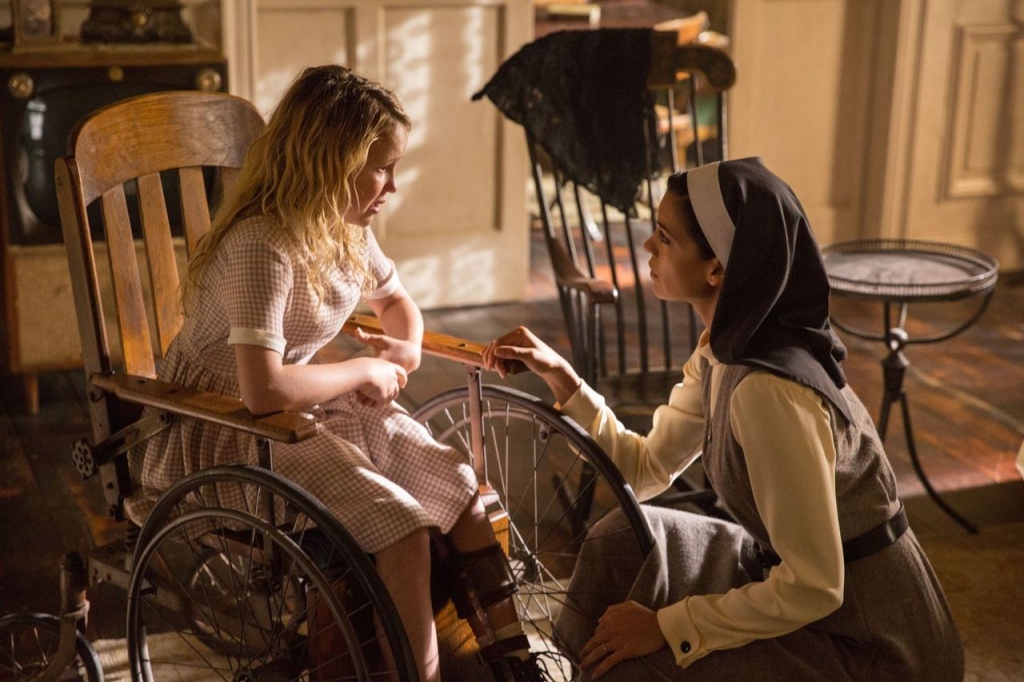 Screenwriter Gary Dauberman and Director David F. Sandberg create a film that works as a standalone film but is also as part of the Conjuring Universe. This is a difficult thing to do but Dauberman’s script doesn’t rely on the other films to tell this story. If you are a fan of the previous films in this series, you will be happy to know that the origins of the Annabelle doll and who created it are finally revealed. We learn how Annabelle becomes evil and the entire backstory of the events that lead up to the doll becoming possessed. There are even several Easter eggs throughout the film which fans of the Conjuring Universe will greatly appreciate including how the film ends. There is even a scene that works as a small teaser for The Nun which releases next year.

While the story is centered around the Mullins, the stars of the film are definitely the two lead actresses. Talitha Bateman plays Janice, a girl that has Polio and is picked on by the other orphans. She walks around using crutches and is forced to sleep in a bedroom with Linda (Lulu Wilson). Janice and Linda are outsiders and the other girls often mock them because the are different. Wilson and Bateman have great chemistry and play off one another rather nicely. They are given the most to do and as a result, pretty much carry the film.

Bateman delivers the film’s strongest performance and one that is well beyond her years. She owns the screen and carries the story. There is a scene where Janice is forced to use the stair lift when trying to escape from the demon spirit. This scene was INTENSE and had the entire audience on the edge of their seats. Wilson is great as well. Her character is a lot different than Janice but you can tell why they are friends in the film. She also had a lot of great scenes including a scene where she shoots off a toy ball gun into the darkness. I don’t want to spoil what happens but it definitely caused me to jump.

LaPaglia and Otto are both great but their roles are rather minor. There is a lot of mystery associated with their characters and I liked how the film slowly peeled back the layers of their story. There are four other actresses in the film and they have some intense scenes but for the most part, they are just there to play the mean girls. There isn’t anything wrong with that per say but when it comes down to discussing the performances, it is without question that Bateman and Wilson do most of the heavy lifting.

After seeing Lights Out and Annabelle: Creation, I am convinced that David F. Sandberg is a master of horror. The man knows how to create the perfect amount of atmosphere and intensity in each and every scene. He uses silence or simple sounds like a creaky floorboard to create and build tension. There are so many inventive ways that Sandberg was able to get me to jump out of my seat without relying on lazy jump scares. He uses things like blankets, lights, dolls, and a dumbwaiter to produce real scares. I loved the use of the song “You are my Sunshine” in the film. Sandberg has made a haunted house movie that redefines the haunted house movie genre. He takes Dauberman’s script and brings it to the next level. He is just an incredible genre filmmaker with a gift for building suspense.

Annabelle: Creation will be hard to top as the year’s most inventive and scariest film. Sandberg is a director that isn’t afraid to take risks and will only continue to redefine the horror genre as we know it. Annabelle: Creation is a welcomed addition to the Conjuring Universe and is certain to leave fans wanting more. This is a must-see horror experience. See it with a crowd because it will only add to the fun.

Scott “Movie Man” Menzel’s rating for Annabelle: Creation is a 8 out of 10. 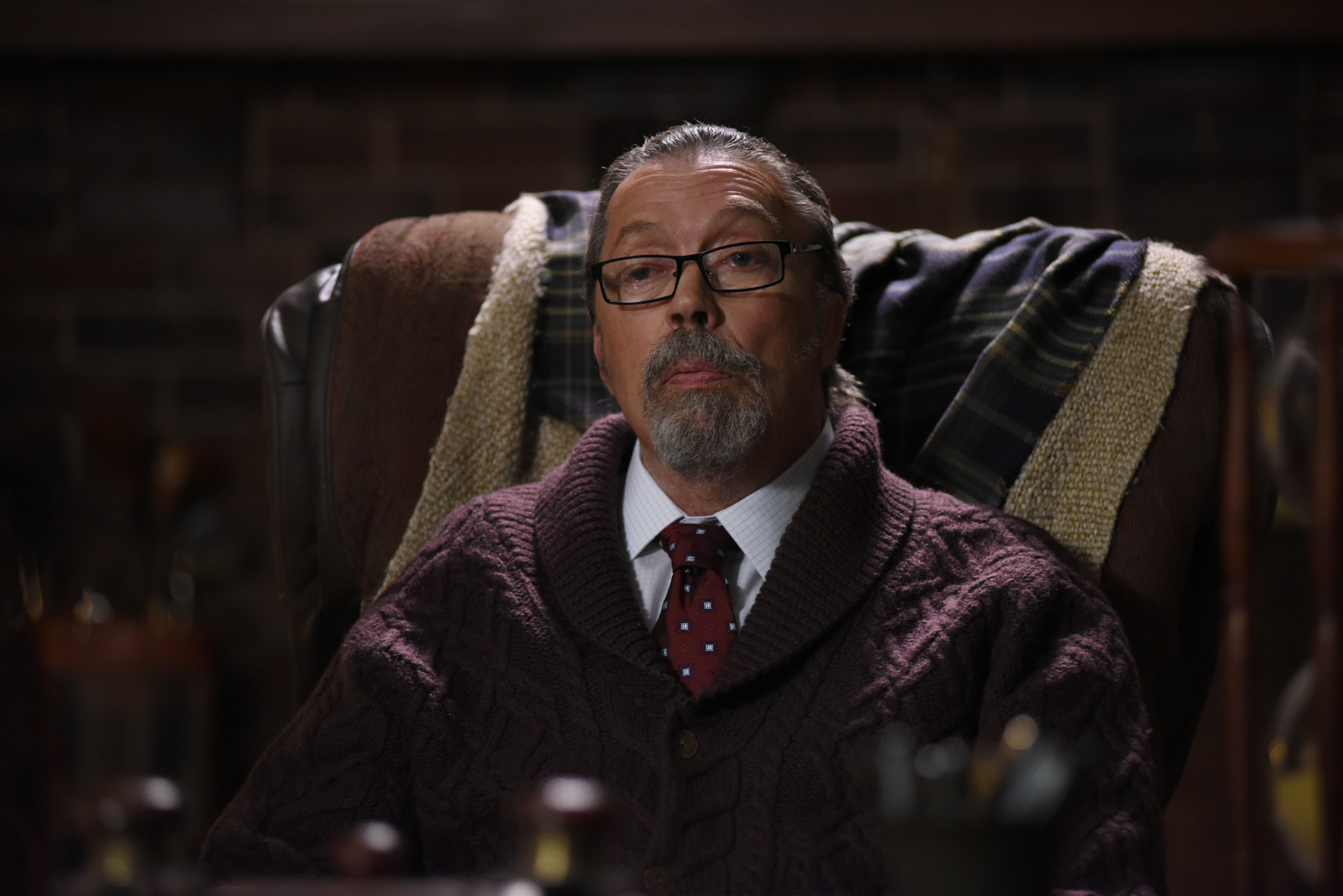 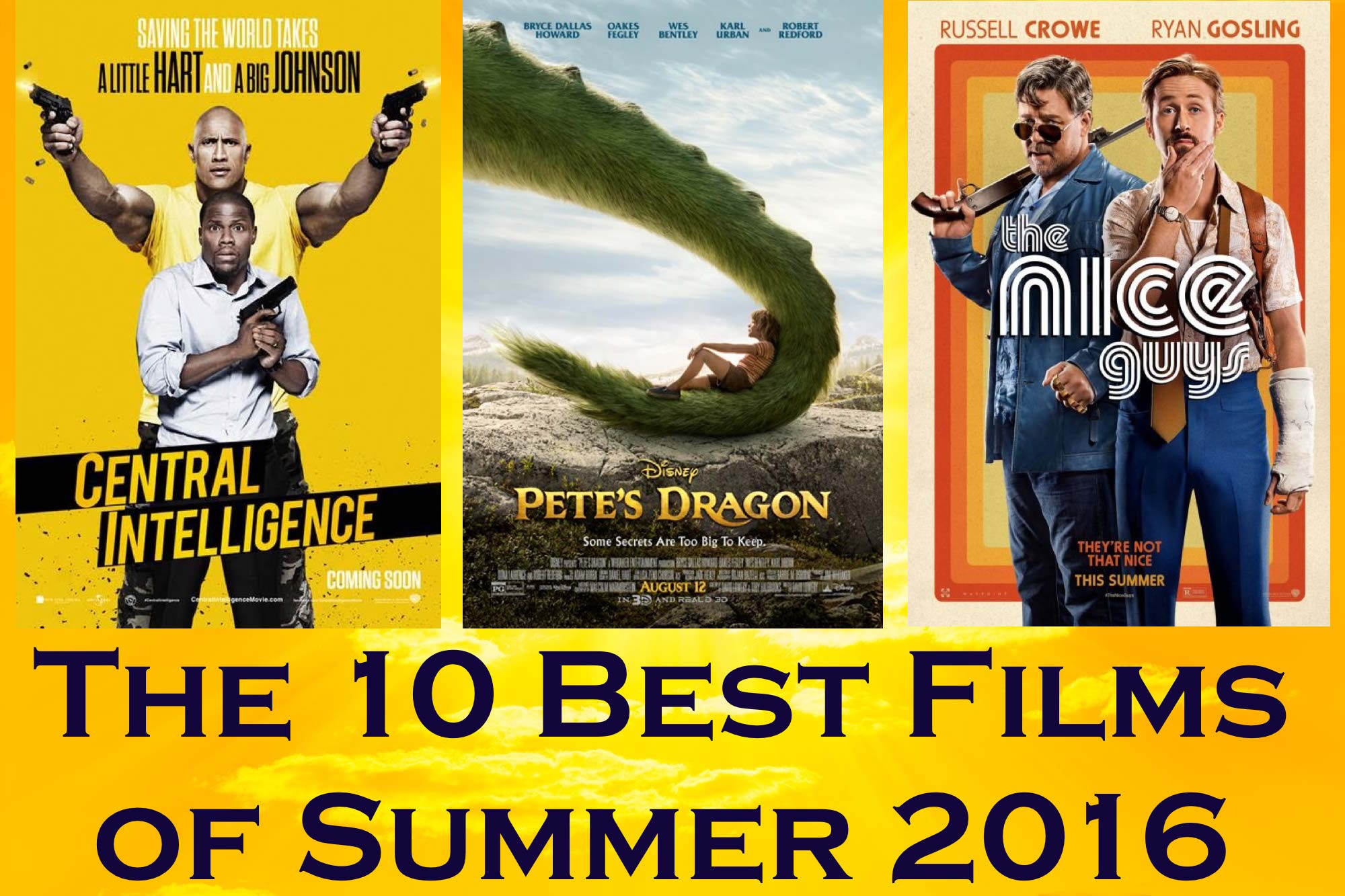