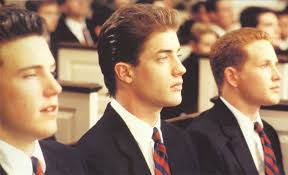 25 years ago, Brendan Fraser headlined his first movie as a leading man. The summer comedy Encino Man was an auspicious debut, but was more of a Pauly Shore vehicle with Fraser providing the high concept gimmick of the unfrozen cave man. Seeing Fraser in a serious drama was enough to interest me in School Ties, let alone dealing with anti-Semitism in the ‘90s when I believed we were all evolved well past that. 25 years later the world still needs School Ties. 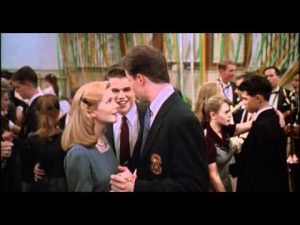 David Greene (Fraser) is a quarterback enrolled in a private high school in the ‘50s. He knows he has to keep it a secret that he’s Jewish, and it only comes out when Charlie Dillon (Matt Damon) finds out and uses it agains David for stealing his “girlfriend” (who was never into Charlie in the first place) and because David generally overshadows the former leader of the pack. Anonymous hate graffiti shows up in David’s room and it all comes to a head when Charlie frames David for cheating on a test. David saw Charlie cheat but it’s David’s word against Charlie’s.

What really spoke to me now more than 25 years ago was the way in which School Ties shows how people manipulate situations in insidious ways. Communities that say they’re giving others a chance are really enabling themselves to keep people out. They talk about giving opportunities to students like David and about students representing the best of their values, but they just want a good quarterback, not to actually change their culture to be more accepting. 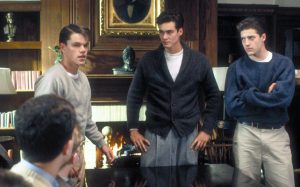 In the climax, the school forces the students to self discipline a cheater. I say force because it’s framed as empowering the students but in reality it just means they’re going to throw the easiest person under the bus to save themselves. Luckily, School Ties has a Hollywood ending but it serves it’s purpose of illustrating society.

Alphas like Charlie will always manipulate weaker people who’d rather fit in than do what’s right. They’re not actually interested in rooting out the cheater and disciplining him. They just want to get out of that room as fast as possible. The pressure of “take one for the team” or “don’t make us exclude you too,” whether overt or subliminal, will be too much for a lot of people to handle. Even “let’s just expel David so we can get back to football” is enough for many students to go along with Charlie. 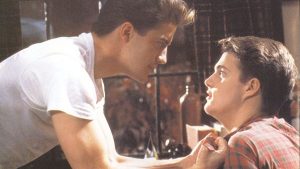 It also gives the administration plausible deniability. “Hey, we didn’t kick the Jew out. It was the students’ decision” as if they couldn’t still overturn the students if they made the choice the principal didn’t like. Again, since it’s a movie, School Ties resolves in a more definitive way that holds the school accountable too but it illustrates how messy real life situations can be.

Lots of institutions pay lip service to involving the underdogs and giving everyone a chance. Whenever a business says the customer has a voice, and certainly any government that says it’s offering town hall meetings or special committees, you should always be skeptical that they’re really just feigning transparency to keep their system alive and benefiting them. 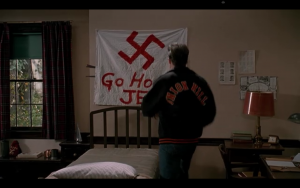 Of course School Ties is universal. Replace anti-Semitism with any other oppressed group. Unfortunately it could always be gays or Muslims or African-Americans or Asians or anyone, but it’s also good to never forget how embedded anti-Semitism could be in a presumably progressive society.

Earlier in the film, David makes subtle choices to put his career over his religion. I can understand choosing football over Rosh Hashanah services. I’m no athlete but the Jewish calendar does not coincide with the American, and frankly global calendar. That one’s not on the school. It’s normal to schedule football games on Saturday. I don’t think God wanted David to lose his scholarship.

I suppose a bigger issue would be if David was Orthodox and celebrated Shabbat every Saturday but School Ties doesn’t get that complicated. David is a modern boy for the ’50s and the point is rightfully that he’s not different from the Christian students. All the differences they perceive are false stereotypes. He’s not an exotic other. He’s willing to compromise traditions for the big picture. 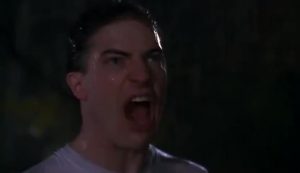 When they start hammering the anti-Semitic slurs, David is more fighting against the principle of oppression than the one specific to him. It would be wrong for his classmates to bully any non-Christian white male, which they surely would if one were allowed into their privileged club.

In the end, David uses the school just like they were using him to win football games. Turnabout is fair play and it seems like the best he can accomplish. He’s not going to change centuries of institutional prejudice in a semester or two. He can exploit the system to gain some of the advantages that were typically denied his people, in this case a Harvard recommendation. “You used me for football. I’ll use you to get into Harvard.” 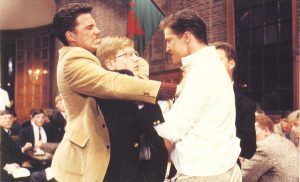 School Ties is famously a who’s who of before they were stars. Damon, Ben Affleck and Chris O’Donnell were in it before they blew up with Good Will Hunting and Scent of a Woman respectively (which also dealt with a scandal of student self-discipline). Cole Hauser and Anthony Rapp went on to solid careers too.

Fraser too had a good run in big studio visual effects movies like The Mummy, Looney Tunes: Back in Action and Journey to the Center of the Earth and acclaimed dramas like Gods and Monsters and Crash. The ‘90s were definitely his decade and I expect I’ll be revisiting a lot of his films’ anniversaries. Not Encino Man though because I couldn’t even make it through the film earlier this year. I guess you had to be there in 1992 for The Weasel.