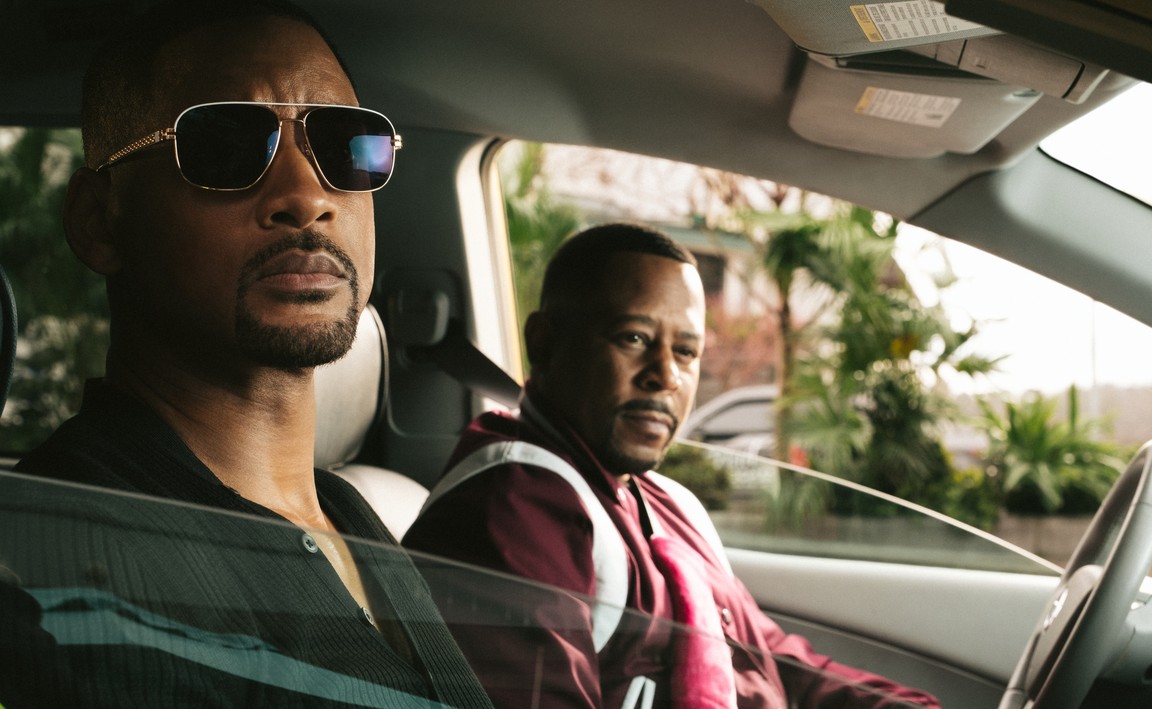 It has been 17 years since movie-going audiences have seen Miami P.D. ‘Bad Boys’ detectives Mike Lowrey (Will Smith) and Marcus Burnett (Martin Lawrence) in action.  A lot has changed since 2003, including the original director, Michael Bay, who hands over the reins to Moroccan-born Belgian filmmakers, Adil El Arbi and Bilall Fallah.  They prove to be very good Bay proteges, as they keep the action crazy, fast, and entertaining. While the movie suffers a silly third Act narrative twist (it is groan-inducing), BAD BOYS FOR LIFE still manages to amuse with some solid new characters, legit laughs, and the great chemistry between Smith and Lawrence.

The movie starts with a violent jailbreak by former cartel queen, Isabel (Kate Del Castillo).  She is bent on revenge upon the people who sent her and her late husband to the hoosegow. On that list is Detective Mike Lowrey.  Isabel dispatches her son, Armando (Jacob Scipio), a deadly assassin, who sets up shop in Miami to exact retribution. In the meantime, older, not necessarily wiser Detectives Mike and Marcus are coping with the ever-changing world around them.  The Miami P.D. has gone high-tech by incorporating a new elite squad known as AMMO. It provides old school vs. new school interplay. Marcus continues to contemplate retirement as he is now a Pop-Pop, while Mike has no thoughts of ever leaving the force or even settling down.  Unbeknownst to them, their friendship and mortality are about to be tested.

There’s no mistaking how the original BAD BOYS took its cues from LETHAL WEAPON.  BAD BOYS was a buddy cop movie where the two main characters with opposing personalities worked out their differences via dialogue and shoot outs.  It introduced film-going audiences to director Michael Bay. The movie worked due to Bay’s visual style and the chemistry between the young Fresh Prince and stand-up and TV star Martin. 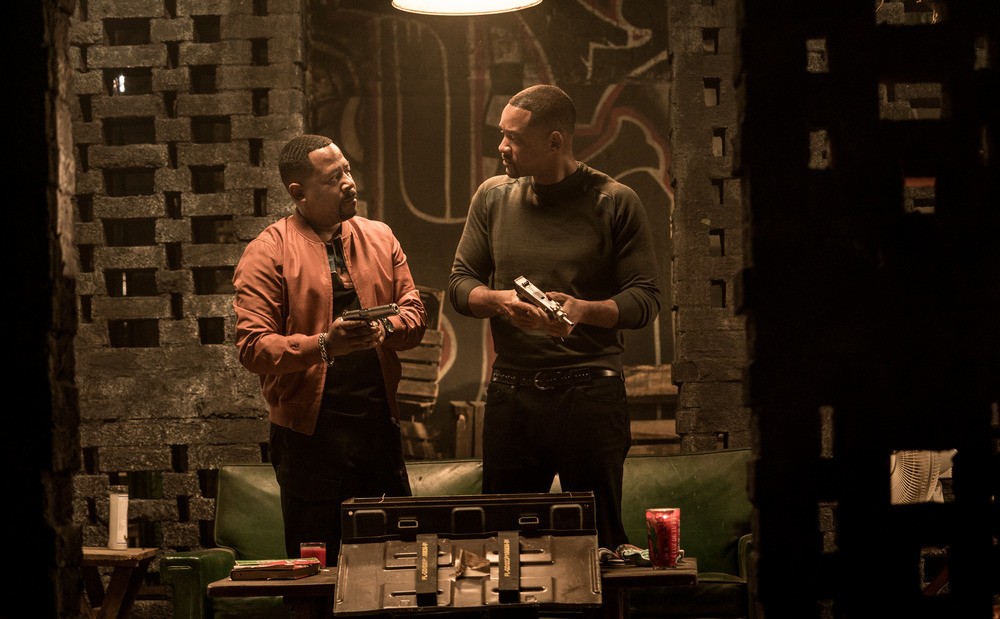 That chemistry has not staled in these last 25 years. Smith maintains his swagger and still pulls off the charm, style, and brawn while Lawrence’s comedic timing, wit, and reaction are intact. Lawrence continues to make Marcus Burnett as funny today as he was a quarter-century ago.

The stylistic action of Bay always offset their camaraderie.  New directors Arbi and Fallah, while not as equipped with Bay’s level of acuity, they come very close.  They keep the action visually sensational and prove to be adept in making the quiet moments resonate.  This works up to the third act of the film.  But the blame is not with the directors.  No, that lies in the screenplay written by Chris Bremner, Peter Craig, and Joe Carnahan.  They introduce a plot point that is so head-scratchingly ludicrous that Marcus goes as far as calling it the plotting of a Telenovela.  The resolution comes during this crazy violent gunfight, as a building is burning down all around our characters. It’s eye-rollingly bad.

Thankfully, the writers introduced new characters (Vanessa Hudgens, Alexander Ludwig, Charles Melton) who make up the AMMO squad, led by Paola Nunez as Squad Leader and a former lover of Mike Lowery. She is strikingly beautiful and backs it up with a strong presence who can handle herself in a fight.  Her team is also charismatic and fun to watch. They don’t become the “younger is better” gang. Instead, they end up working well together with Mike and Marcus.

BAD BOYS was born out of the buddy cop era. BAD BOYS FOR LIFE takes some cues from FAST & FURIOUS.  Our Bad Boys have a new crew to work with and become better as part of a whole. So long as the franchise reaps in box office rewards and the actors are up for it, audiences may truly get BAD BOYS FOR LIFE… 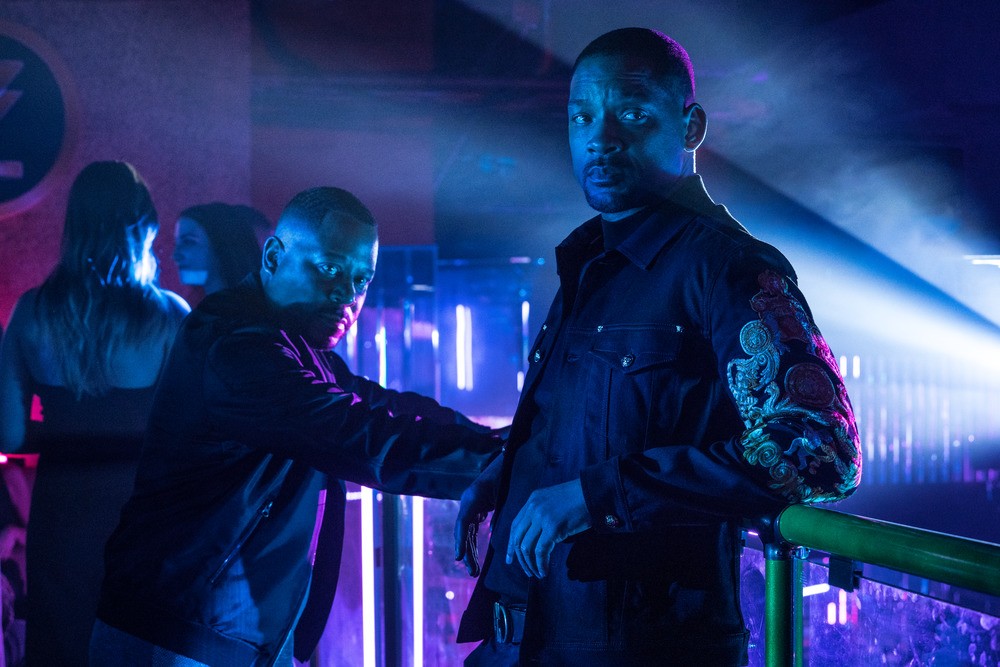 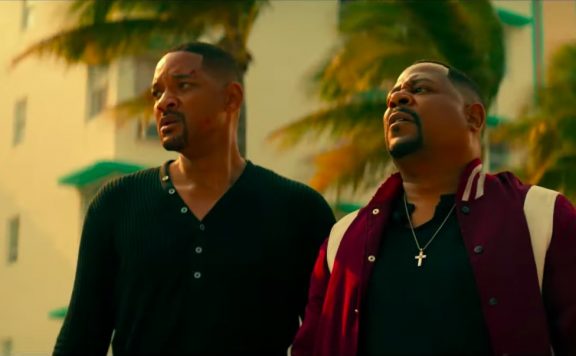