There’s only so much room for surprise when you see enough movies, but that doesn’t mean I can’t be impressed. Heading into The Bad Guys, this felt like another DreamWorks Animation movie that could have gone either way. With no familiarity with Aaron Blabey’s children’s graphic novel series, and only the understanding of the general premise and the snappy cast made up of solid actors and comedic performers, one just hopes for the best. Well, The Bad Guys delivered. Perhaps it’s because the filmmakers crafted a story and attitude that syncs up well with my tastes as far as cool crime flicks go, but there’s a lot of fun to be had here. Between the style on display and the level of wit in the writing, The Bad Guys served up a good time.

Having achieved infamy by pulling off many high profile heists, when this crew is finally caught in the act, a proposal made by philanthropist guinea pig Prof. Rupert Marmalade IV (Richard Ayoade) prompts the police to allow the Bad Guys to stay out of jail if they can prove to everyone that they will instead become good guys. But can this crew of misfits truly change their ways?

Before the plot is even set into motion, it’s already apparent that director Pierre Perifel and his team had some ambitious goals for presentation. Modeling a lengthy opening one-shot sequence (DreamWorks’ longest for an animated feature) off of Pulp Fiction, it became clear what tone this film was going for. Stylistically, there’s another clear influence – Spider-Man: Into the Spider-Verse. Here’s a film that seems to have taken all the right lessons away from that incredible and innovative animated film, as The Bad Guys feels like a project designed to push certain boundaries and head in new directions taking advantage of what can be done with character designs by echoing a variety of comic book illustrators and filmmaking auteurs.

The results are fantastic. Opening with a heist and a car chase that show off the intentions of this film, there’s a clear desire to blend elements of Looney Tunes, Reservoir Dogs, and Ocean’s Eleven. True to studio form, it doesn’t leave much room for the layered emotional situations  found in Pixar’s features, but The Bad Guys hardly feel in need of those sorts of developments. Characters more or less yell out their feelings at a moment’s notice when Etan Cohen’s script calls for change-ups in the story. At the same time, Cohen also adds a level of comedic complexity playing off both the nature of bad guys attempting to go good and the fun of a proper caper. 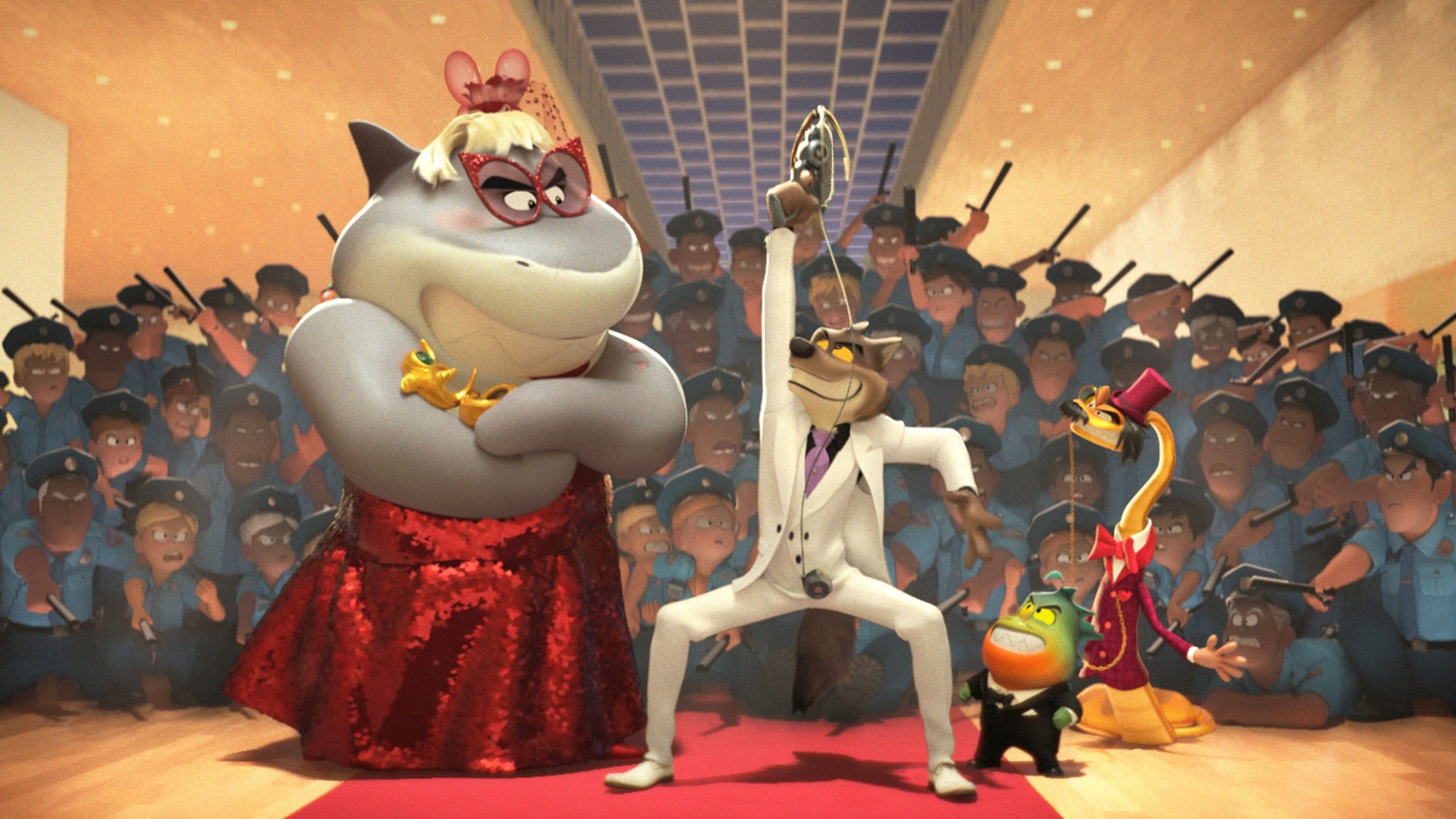 While I may not be aware of how the book series allows these characters to evolve, I could appreciate seeing Mr. Wolf and his crew actually perform a couple of heists before the need to move in another direction, only for the film to still find ways to incorporate more cons. The fact that this film found room for plot twists, compelling character reveals, and engaging action sequences only added to the cleverness afforded by this story.

Not hurting at all are the jokes. With Spider-Verse producers Phil Lord and Chris Miller recently calling out the Oscars for addressing animated features as movies kids like and adults put up with, The Bad Guys is just another of hundreds of reminders of how the animated format is a medium, not a genre. With that in mind, as an adult who enjoys having a laugh, The Bad Guys delivers a lot of fun for everyone.

This film has a terrific sense of humor, playing off the nature of these characters (there are dozens of wolf jokes), the idea of criminals going straight, and plenty of sight gags. It’s the kind of stuff that appeals to many, with some specific jokes spread around so everyone can have a personal moment to chuckle with.

Having this amusing cast adds to all of this. Sam Rockwell is perfectly cast as a sly wolf, sharing plenty of vocal chemistry with both a game Marc Maron (relying on trademark sarcasm) and Zazie Beetz’s Diane Foxington (also putting in her own humorous mockery when it comes to Wolf). The work by all allows for good-natured fun. Even the obligatory need to insert a musical number shines thanks to what Anthony Ramos can bring to a film that’s already supplying solid needle drops and a wonderfully calibrated score by Daniel Pemberton.

Sure, the breeziness on display may make The Bad Guys feel a bit more lightweight than other films around it, but what does that matter when there’s such a dazzling animated affair on display? The zippy pace, visual gags, and unique animation all help the film shine, with enough directorial choices on display to give this DreamWorks Animation flick a cool vibe, which is more than I can say for a lot of this sort of media. I hope this isn’t the last we see of The Bad Guys because they provided a lot of good stuff. 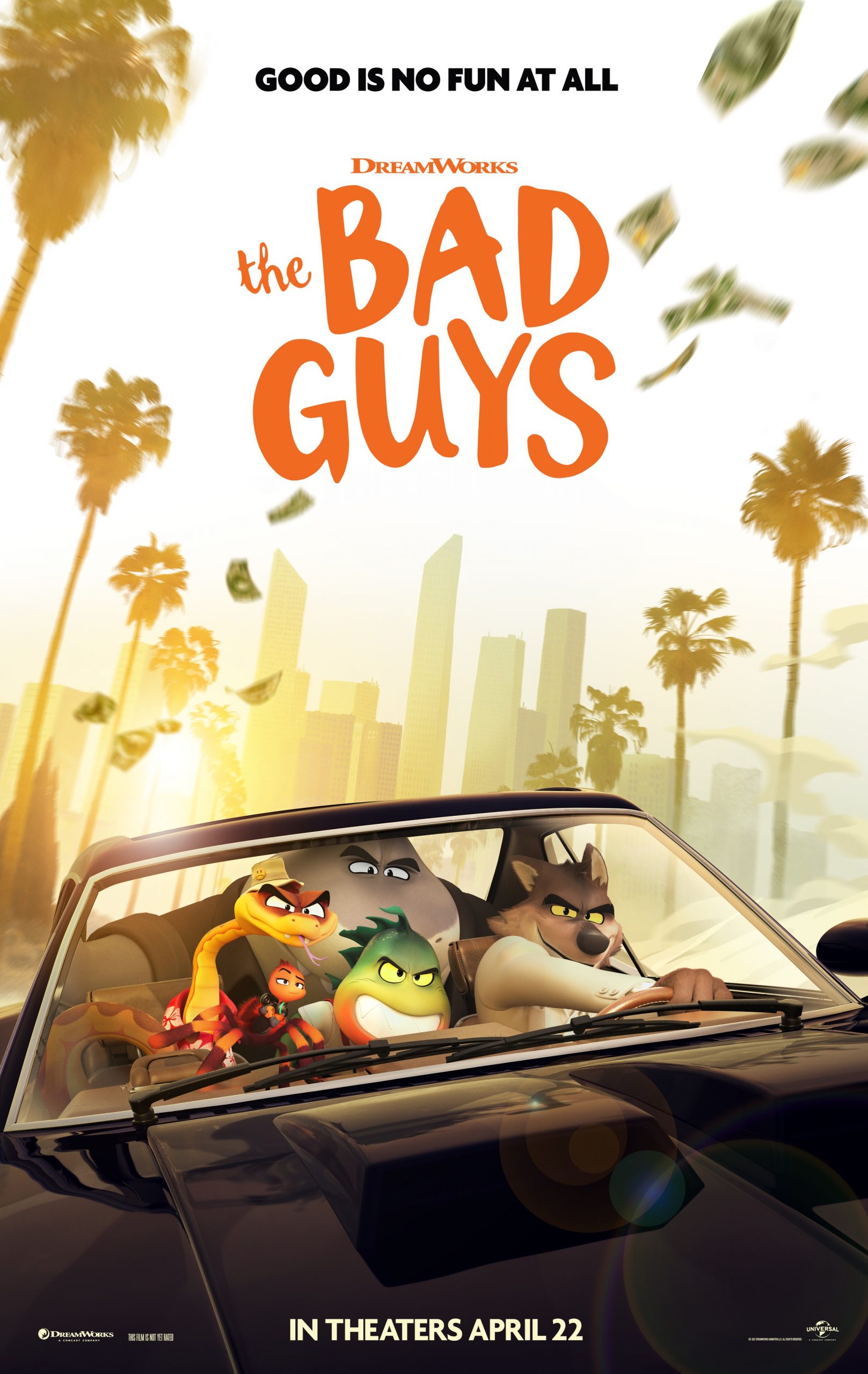 ‘The Bad Guys’ Review: A Clever Wolf In Kids Clothing 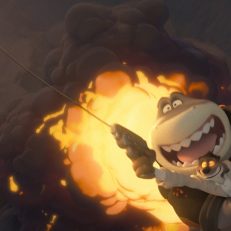 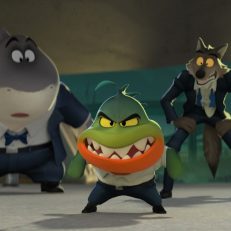 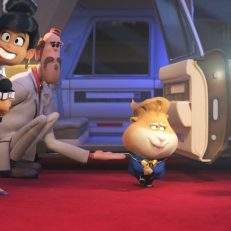 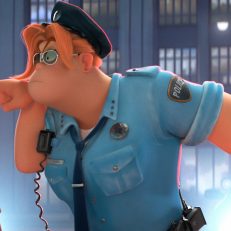 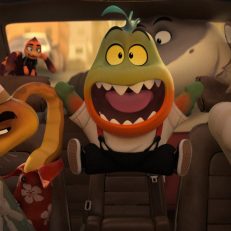 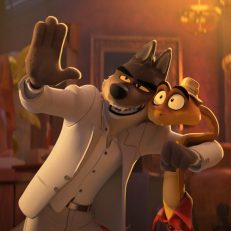 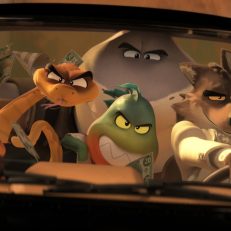 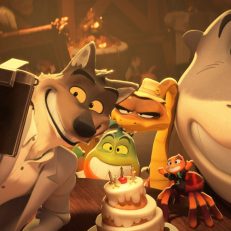