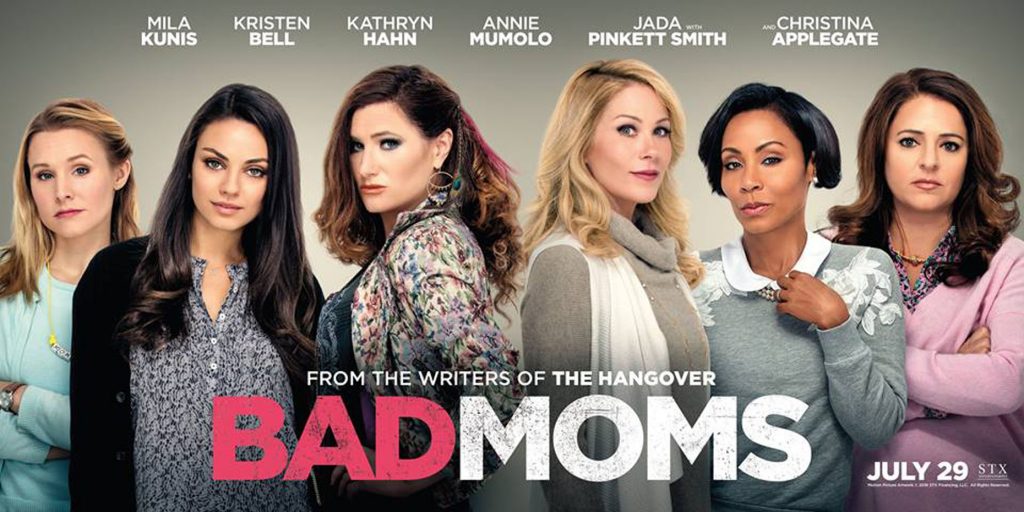 Bad Moms starring Mila Kunis, Kathryn Hahn, and Kristen Bell is a perfect girls’ night out. The film is hilarious and is an uncensored look into the minds of moms who have just had enough. The film starts out with Amy Mitchell (Mila Kunis) and Mike, her husband (David Walton), going through a rough patch and breaking up. This awful night is followed by a truly horrible day for Amy. To top of her horrible day, she has to attend a PTA meeting, run by Gwendolyn (Christina Applegate). Because Amy is late, Gwendolyn singles her out to participate in an event. This is the straw that broke the camels back, and Amy tells everyone that she quits. She heads to a bar where she meets up with Carla (Kathryn Hahn) and Kiki (Kristen Bell) and they drink and decide it is time to be bad moms. 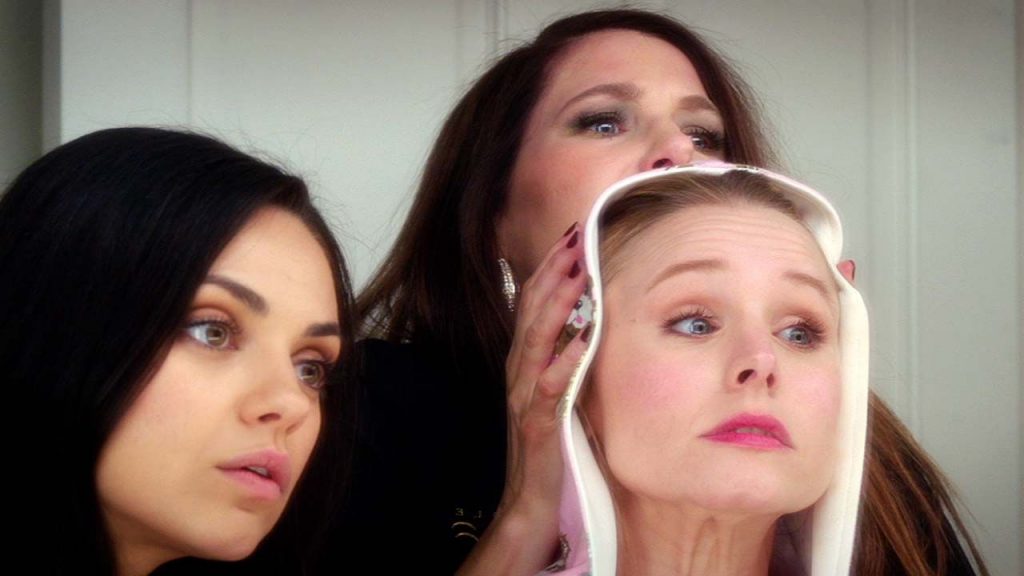 There are a few really great elements to the film that really make it stand out. The humor is great. There are multiple points in the film where there is laugh out loud moments with perfect delivery and timing. The performances of the actresses are really superb. They have the perfect range of emotions and really do the parts justice. Kristen Bell as Kiki is my favorite performance because it is so funny and awkward. There is a scene in particular where Carla uses Kiki’s sweatshirt to demonstrate something and Kiki’s facial expression and response to her is so perfect and makes the scene even more hysterical. There are other supporting characters that are pretty good. I don’t really have any complaints about them but their performances also didn’t stand out. Jada Pinkett Smith played Stacy, who was just kind of there to add in random threatening comments but didn’t really feel like she fit the part. Annie Mumolo played Vicky, another one of Gwendolyn’s followers. She was the “stupid” one and it was an unnecessary character that didn’t add much to the story.

In conjunction with the great leading performances, there is an intense level of honesty in both the performances and the story (to a point). The film takes an honest look at the interworking of a mom’s life. The film doesn’t apologize for mom’s who are overworked and tired; it celebrates them and gives them the credit that they truly deserve. I’m very happy to have another really funny female led comedy in theaters. Bad Moms proves that female comedians and actresses are funny and solidifies their place at the box office.

I really enjoyed the soundtrack to this film. It used the music to its advantage very well. The music is fun and upbeat and really puts you in a great mood. Some of the songs include I Love It by Icona Pop, Cake by the Ocean by DNCE, and Shut Up and Dance by Walk the Moon. 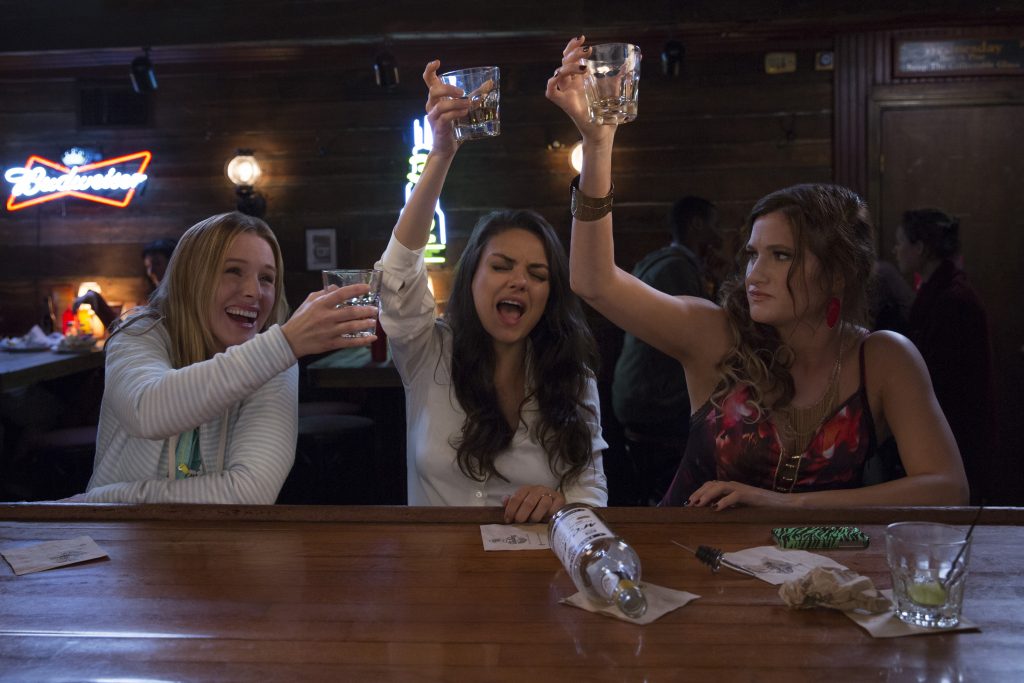 My complaint with the film is really just one: the ending is too perfect. The whole film spends a great deal of time fleshing out the idea that nothing and no one is perfect, but towards the end, cops out and goes all “sunshine and rainbows and everything is perfect.” This really seemed to mess with the whole concept and mood of the film. I understand that it was probably done to make everyone feel like the characters have evolved and changed to appreciate themselves and other moms, but it feels cheap. There is a single point in the film where you can note the change, and it is very obvious.

Bad Moms is a great film for a girls’ night out, where you can just shut off your mind and have a good laugh, and find a little of yourself in it as well, whether you’re a mom or not.

Bad Moms Review: A Hilarious Girls’ Night Film Bad Moms starring Mila Kunis, Kathryn Hahn, and Kristen Bell is a perfect girls’ night out. The film is hilarious and is an uncensored look into the minds of moms who have just had enough. T...
0
Average User Rating
0 votes
Please sign in to rate.