A curious image featuring a woman possibly tempting fate in some way serves as the main drive to market Barbarian, a horror film the studio has been careful not to reveal too much about. Good on them, as audiences could be doing better to enter more films with less information than they can find in our modern culture. The choice is also quite important when considering the surprises in store for the viewer. That’s not to say Barbarian is a film that can only be watched once in a cinema to truly enjoy how this exciting feature unfurls its various shocks, but there is a reason filmmakers want an audience to be in on the fun of a theatrical experience.

The basic setup involves a young woman, Tess (Georgina Campbell), traveling to Detroit for a job interview. Arriving late to her Airbnb on a rainy night, Tess discovers the house has been double booked. Enter Keith (Bill Skarsgard), a seemingly harmless but confused man who offers to let her stay the night, given a lack of other immediate options.

This straightforward idea has plenty of red flags all over it, and that’s not even considering what we soon learn about the neighborhood this house resides in. Writer/director Zach Cregger was inspired by how women often have to respond to the inappropriate behavior of men, even when it comes to certain gestures or offers men may believe to be innocent. The result is a film that steers through several directions from the outset. Tess is smart enough to be weary but placed in a scenario where it can be challenging to track the best approach to take. 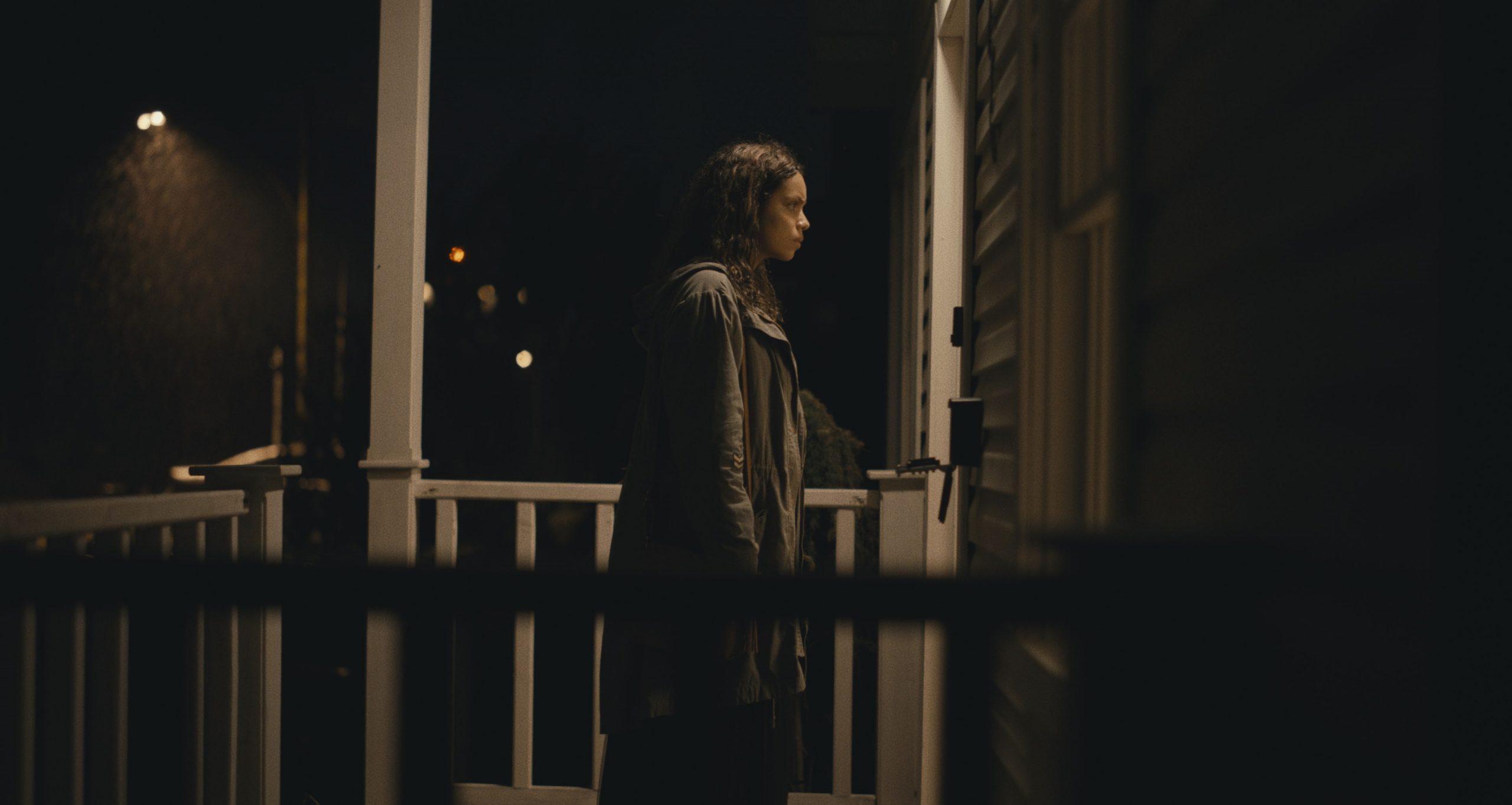 Of course, the severity of Tess and Keith’s situation increases dramatically when discoveries are made about the dwelling they are awkwardly sharing. This leads Barbarian to terrifying and unpredictable turns in the story. With that in mind, Cregger doesn’t lose focus on his ideas. There’s a switch in perspectives to some degree, allowing an even deeper look at how choices, attitudes, and toxic behavior can all create other impossible situations for characters to handle. All of this is made into something wilder based on the way genre elements factor into this film.

Taking inspiration from some notable horror filmmakers and features, the push into dark, deadlier, and stranger territory lets this film earn some wonderfully scary moments based around the unexpected. Pacing and delivery are vital to any horror movie, and Barbarian has exact moments where one could practically hear the filmmakers cackling with glee, knowing how crazy things will become during specific points. Thanks to subtle visual effects, effective makeup design, and great use of darkness and atmosphere, it’s one thing to build up the tension but another to see some very effective jumps, among other forms of terror.

Along with the degrees of horror delivered, this movie is also a lot of fun. Without having the film settle for self-awareness, Cregger is instead able to craft characters who react reasonably to what’s being presented to them…until they don’t. A horror film requires leniency regarding just how far someone is willing to go when it comes to dark spaces and attempts to understand where noises are coming from. Barbarian has a field day pushing those ideas to the extreme, yet it comes from what’s established in these people. 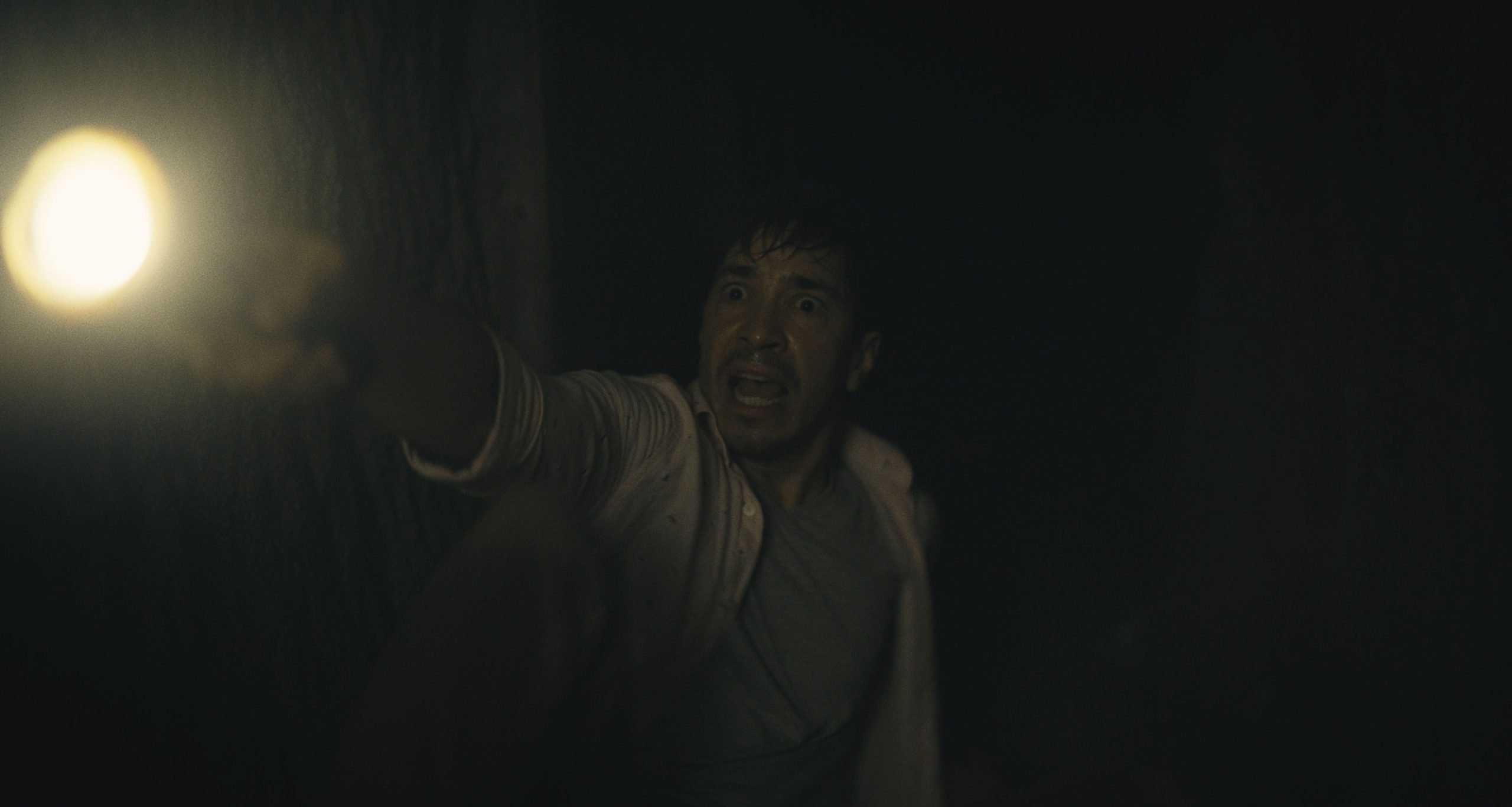 Without delving too far into his role in the film, Justin Long’s AJ Gilbride will test the audience’s patience based on his actions. And yet, the reason he becomes involved in certain horrific scenarios is based on who this man is and his motivations. As a result, there is a lot of well-timed comedy to break up the suspense and satisfying results that could come from either end of the spectrum, based on how this film finds room for different forms of emotion.

On top of all this, Barbarian is a good-looking film. There is a lot of purpose behind how it is shot, with key changes in how the viewer sees what’s in front of them. The movie relies on a moody color palette, warmer moments to try and create some comfort, and even a section that feels otherworldly based on everything seen thus far. Cregger, a filmmaker primarily known for comedy, found the right collaborators to assemble a feature designed to provoke many base emotions that may include laughter but very much includes fright. Plenty of credit goes to this team for nailing it.

In our current times, theatrical moviegoing has been challenged by the streaming age and other obvious factors making audiences more selective. Certain blockbusters and mainstream horror tend to be the only standouts when capitalizing on what audiences want to see. While I encourage safe theatrical ventures, Barbarian should be no exception in the realm of films geared to satisfy an audience looking for fun and thrills. It’s a wild movie guided by intriguing ideas, and it asks the viewer to strap in for a ride that won’t soon be forgotten. Given what is in this flick, a rental fee at home may not be enough.

Barbarian opens in theaters on September 9, 2022. 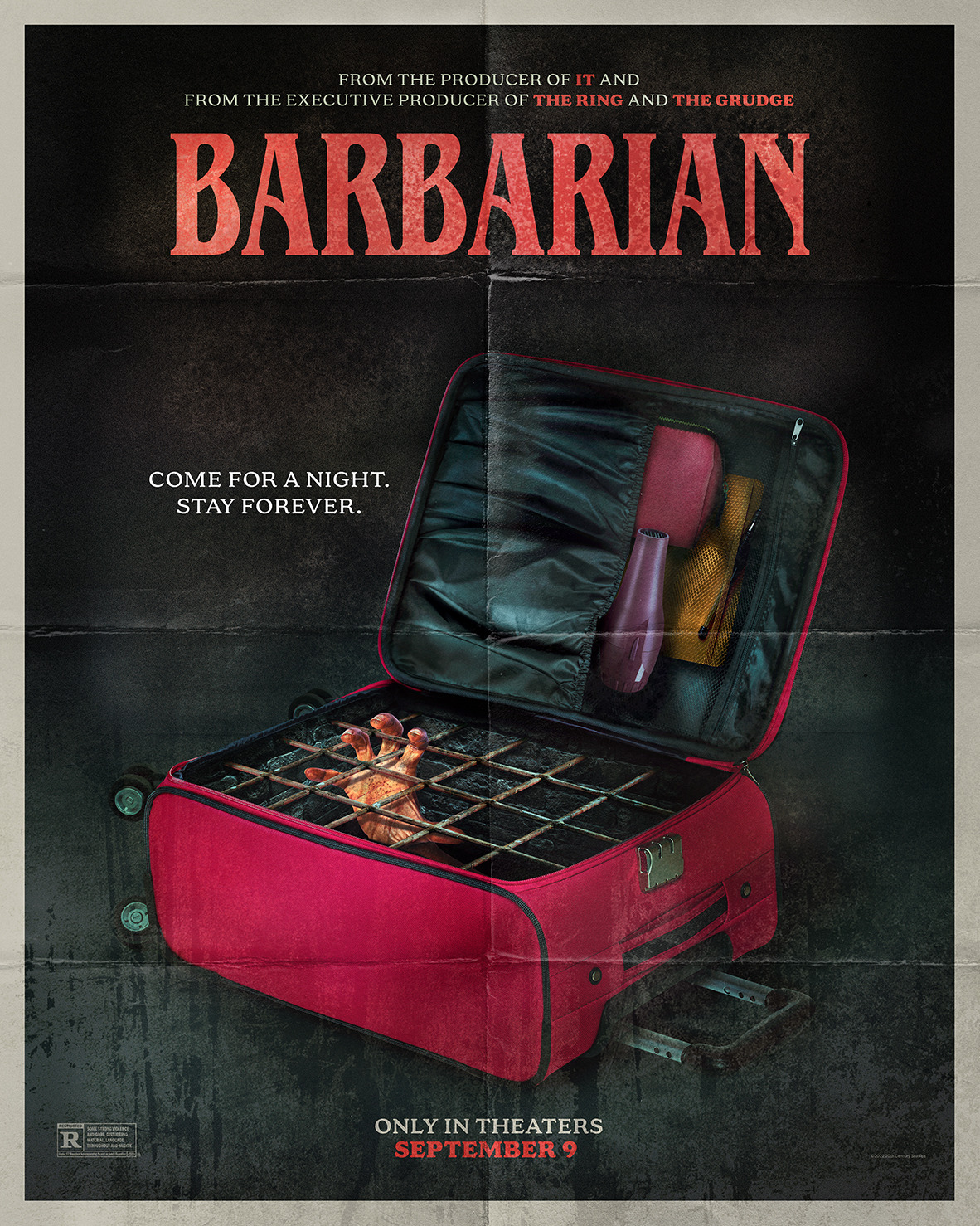 A young woman traveling to Detroit for a job interview books a rental home. But when she arrives late at night, she discovers that the house is double booked, and a man is already staying there. Against her better judgment, she decides to spend the evening but soon discovers that there’s a lot more to fear than just an unexpected house guest.
0
Average User Rating
0 votes
Please sign in to rate.
Film:Barbarian
Cast:Bill Skarsgård, Georgina Campbell, Justin Long, Richard Brake
Director(s):Zach Cregger
Writer(s):Zach Cregger
Genre:Horror
Studio(s):20th Century Studios
MPAA Rating:R 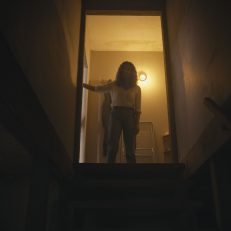 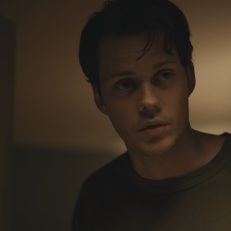 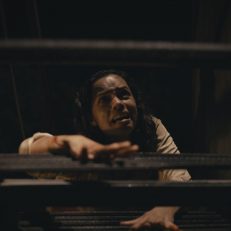 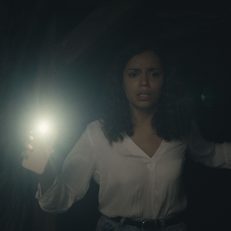 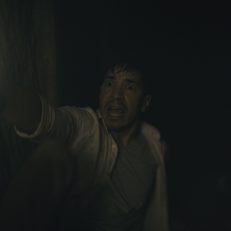 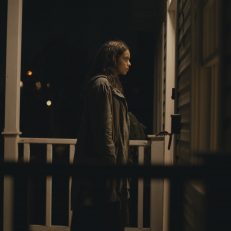