A film like Beckett falls into a category of movies that I love to see but are only done well every so often. This is a “wrong man” thriller featuring a main character caught up in an extraordinary scenario and forced to run for their life. Obviously, Hitchcock specialized with these films, using stars that ranged from Henry Fonda to Cary Grant to Robert Cummings. Later decades would throw Robert Redford, Harrison Ford, and Matt Damon into similar scenarios. Sometimes these men would possess an additional gift of intelligence or fighting abilities, but more often than not, we’re dealing with “just a regular guy.”

Beckett finds John David Washington in the title role of the unlucky protagonist. He’s portraying an average American tourist caught in an astonishing position where his innocence may be his undoing. While vacationing in Greece with his girlfriend, April (Alicia Vikander), an accident leads to the authorities taking a particular interest. Caught off-guard and already working with a broken arm, Beckett is shot at by the police, leading him to flee in a desperate attempt to reach the U.S. embassy in Athens. Along the way, Beckett meets several people who may be killed just for interacting with him, let alone some who may be in on whatever is going on.

In many films, such as Beckett, the audience is thrown into the setting with the lead character. Rather than supplying us with backstory and minutes wasted showing Beckett leave on a plane and arrive in Greece with April, he’s already been in the country. Still, director Ferdinando Cito Filomarino (and understudy of Luca Guadagnino) takes his time to escalate the chaos. Like most euro thrillers, rather than spend time on exposition, the film utilizes the location to provide an abundant number of scenery shots. The Greek countryside looks quite lovely, and the film is not in a rush to end these moments of serenity for Beckett and April. 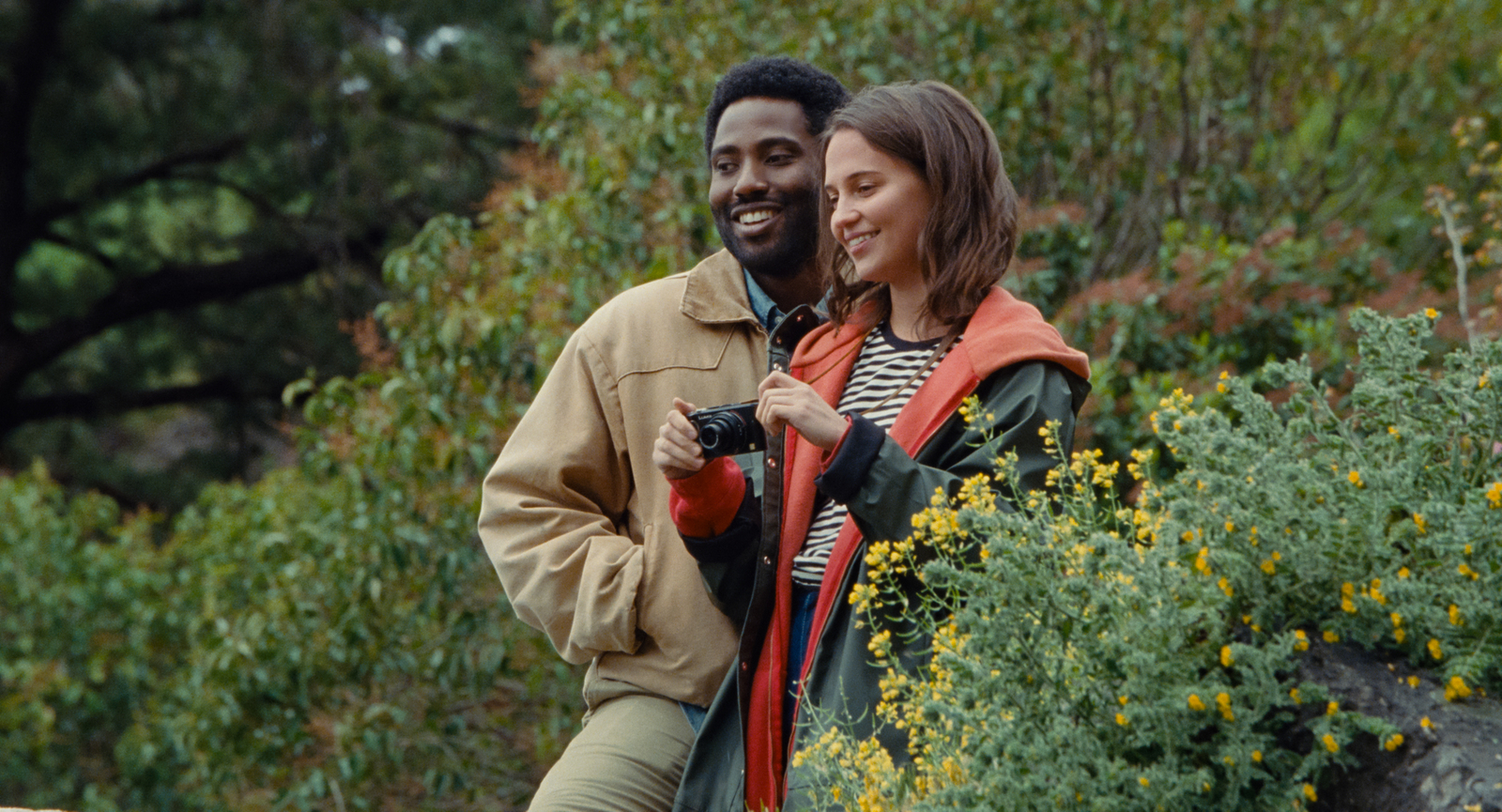 Of course, once things do take a turn for the worse, the film wisely makes it all hard to decipher. Removing subtitles so the audience can similarly follow along with Beckett’s attempts to converse with doctors, police, and random citizens becomes even more nerve-wracking once it is clear there’s a target on his back. The first chase is ingenious, as it finds the trope of climbing higher for no practical reason takes a turn once we see Beckett’s resourcefulness in how to get down a steep hillside (it involves jumping). While it becomes a bit redundant for Beckett to find some innocent people, only for them to suffer, watching the film push Beckett’s lack of language skills means staying true to his environment.

Speaking of which, while there is a mystery surrounding what these corrupt individuals are after, it seems pretty clear it’s politically motivated. Early on, there’s talk of the politicians in controversial positions and how it can be dealt with. Midway through the film, Beckett finds himself relying on Phantom Thread’s Vicky Krieps for safety. She plays a political activist, which is random and convenient. If not for how she interacts with Washington, the actress would seem like an odd distraction. That said, films like these could even benefit from swapping Krieps or other female performers to mix up what kind of story is being told and how to play off certain dynamics. 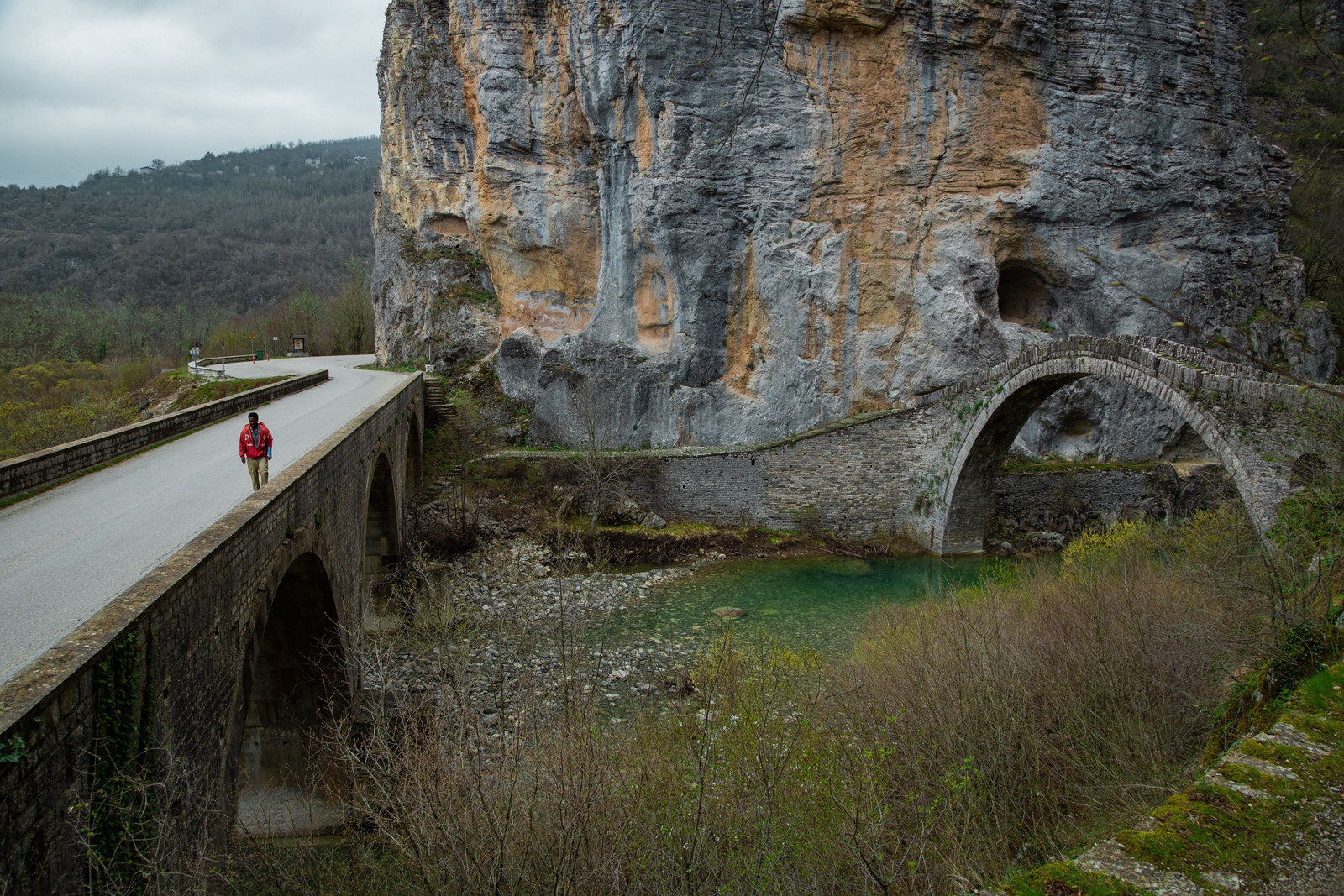 That’s not to say Washington is a standard option either. While I wish Beckett committed more to some stylish flourishes (a jazzy, Saul Bass-inspired opening credits sequence promises more than what we get), Washington brings an exciting presence to a film like this. Coming off of BlacKkKlansman and Tenet, he has an image that has not been fully explored yet, but certainly signals a special kind of authority. Beckett feels like a chance for him to play it very straight, and while I think it succeeds, I can’t help but wonder how informed the role is by him being a black man that’s a fish out of water. Here, the story by Filomarino and the screenplay from Kevin A. Rice feels a bit too much like a “Mad Libs” construction of events.

Naturally, colorblind casting can work wonders for certain kinds of films. However, it feels as though Beckett is in a position to do a lot for visualizing a black man being chased across a country by corrupt police, without having more to say in that conversation. Although, the fact that an innocent man who looks like Washington is so frequently taken seriously by strangers does speak to a certain level of optimism the film has in mind. 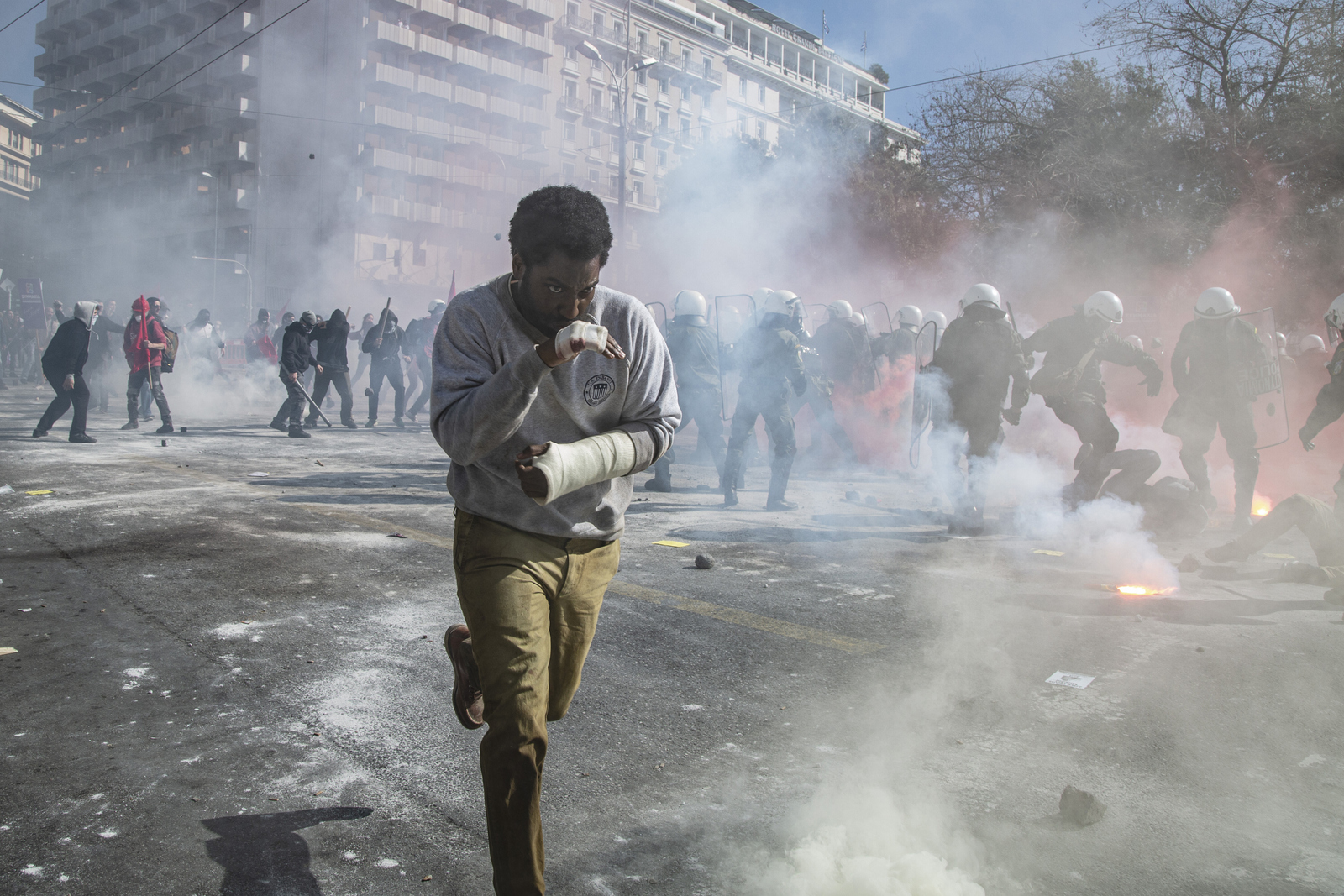 Does it need to be bleaker though? This is not the 70s, no matter how inspired by Three Days of the Condor this film may seem. Given all the mental stress Beckett is put through, one would hope he makes it out of all of this alive. That said, it’s quite a struggle. Some of the film’s best moments are the knock-down-drag-out fights he has with his pursuers. While he’s no Jason Bourne, there’s something about seeing tired individuals wrestling around on trains or in cars that become very satisfying when taking in how un-flashy it all is.

I wish Beckett had more to say overall. As it stands, it’s a nicely filmed piece of escapism. The film avoids becoming a cautionary tale about traveling, as it seems to be supporting too much of the area to feel that way. Instead, it supplies another solid performance from John David Washington, despite being built on very little and not offering much beyond some central ideas and the most stripped-down understandings of the story at large. That’s not a terrible thing, but for all its lack of excess, this chase movie still could have used a bit more meat on its bones. 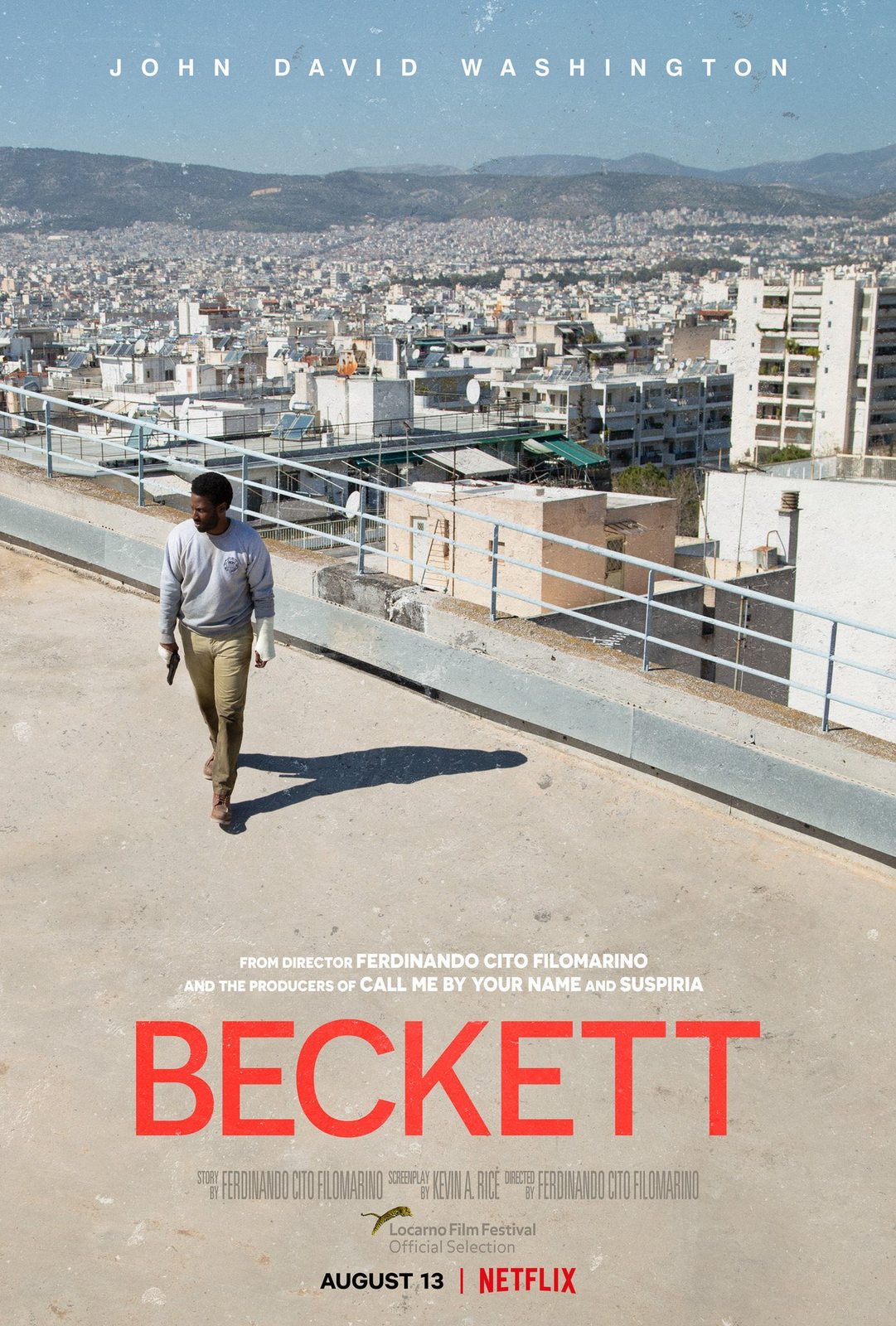 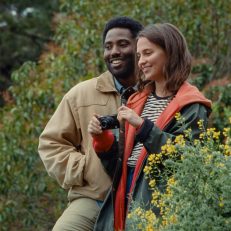 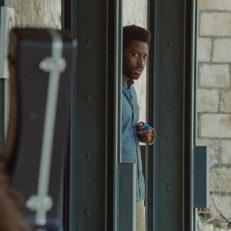 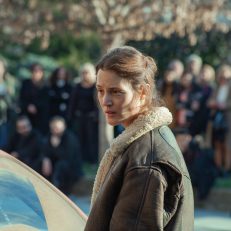 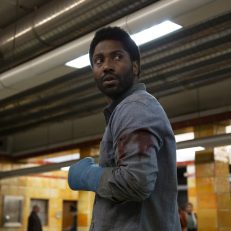 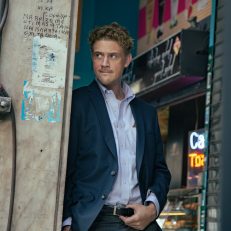 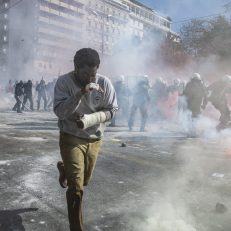 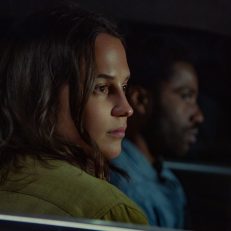 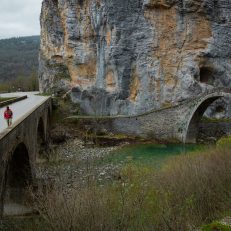