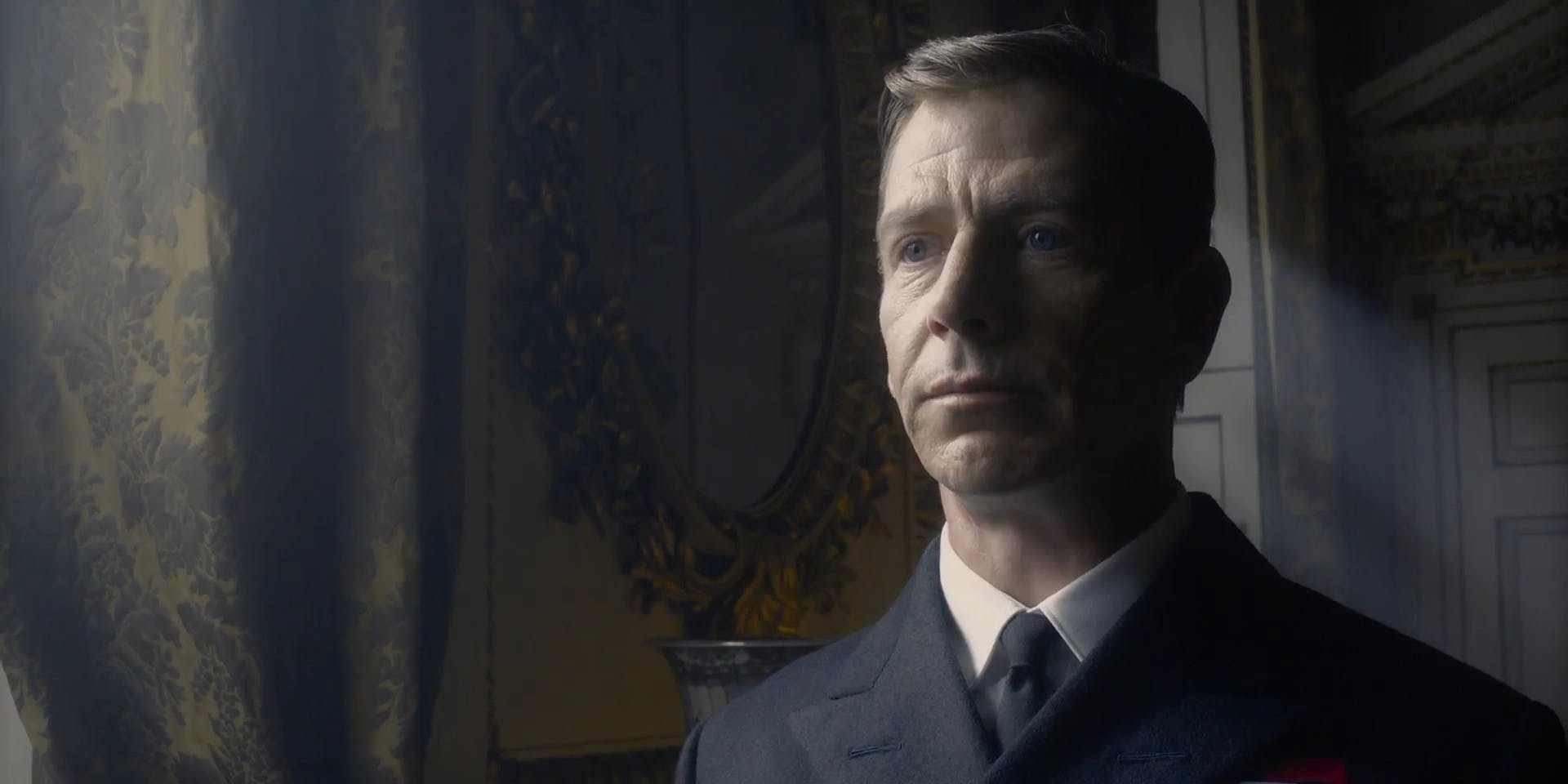 Ben Mendelsohn has been quietly turning in great performances, with indie films like Animal Kingdom and The Place Behind the Pines, along with starring in bigger budget fare such as The Dark Knight Rises and Star Wars: Rogue One.

The Australian actor, however, is enjoying a career high at the moment. He recently gained his most notice in the gritty Netflix family drama Bloodline, winning an Emmy in 2016 for his portrayal of Danny Rayburn, the black sheep brother of a Florida family. It was well deserved.

Now the actor once again shines in a smaller role in Joe Wright’s Darkest Hour, a look at Winston Churchill’s defining first months as England’s prime minister just as the country was entering WWII. Mendelsohn plays King George VI, who was also at the beginning of his reign when Hitler came to power and pursued his campaign of world domination. Mendelsohn does an admirable job embodying the king in his younger years, carefully incorporating George’s (whose real name was Albert) speech affectations, while forming what was to be a long-lasting friendship with Churchill, played exquisitely by Gary Oldman.

We spoke exclusively with Mendelsohn about how the two formed their scenes together and how in awe he was by Oldman’s performance. Plus, Mendelsohn shared a little insight into his upcoming role in Steven Spielberg’s Ready Player One!

Q: There has recently been a full spectrum of King George onscreen, from The King’s Speech to The Crown to this, and I think each performance shares a different perspective on the man. Can you talk a little about the relationship between George and Winston because this is where we see the king become friends with the prime minister? I’m just curious about how you and Gary approached that together.

Ben Mendelsohn: I think we’re really guided by the excellent script that [screenwriter] Anthony [McCarten] wrote, our roadmap. Anthony’s work had such a lovely ring to it that it didn’t feel like a lot of work to find that between Gary and I. It felt like it was a great deal of work to find how George might feel and talk, but the actual mechanics between us it felt like we had a lovely wide avenue that we could drive down and off we went. I think that Gary hears every change in you and then he responds to it. As well as being someone who can technically achieve what he achieves, he’s also completely alive with you in whatever moment you’re going through.

Q: Is this the first time you’ve had to work with him?

Mendelsohn: We were both in The Dark Knight and we were both there on the day where Commissioner Gordon gets up and gives his speech but we don’t do anything. We had a night where we were shooting and where we were there all night so that was a chance to muck around and be silly and stuff like that. So we’d had an experience with each other.

I’d done a film called Starred Up where I had an English accent and that was actually the one where I think, for me personally, I took the first great risk with that. To go overseas to England and play with an English accent, which is a different kind of daunting than coming to America. That’s more to do with the atmospheric that surround where I come from – Australia — where if a person from overseas was coming into play someone with an Australian accent, there would be a kerfuffle.

It was something that had a lot of background noise to it. But having done Starred Up and Gary had seen the movie. He gave me the approval so we may have been playing a situation where I [as King George] had to approve him [as Churchill], but really if Gary didn’t approve of me, I wouldn’t be there.

Q: What was your first reaction when you saw him in the full Churchill regalia?

Mendelsohn: There’s a kind of a speechlessness to it. The thing about Gary’s portrayal is in a lot the same way that Churchill carried the country with him, Gary kind of carried me with him, certainly, because his achievement was so great and yet so effortless and so gracious. He never made any mention of the hours and hours and hours that he sat in that chair. He never did any of that. And he was so at ease and so relaxed that we all sort of got carried along by that.

Q: What do you think it is about Churchill’s story that seems to be resonating right now?

Mendelsohn: I think we think these things backwards a bit sometimes when we look at where we are right now and we think about Churchill and we go well why is that? I know that Anthony started thinking about this five years ago. That was a very different kind of landscape. I think Churchill is such an important figure. Maybe in a way, it’s because of the Baby Boomers that grew up in that period, who will be not with us in 20 or 30 years time so maybe there’s something summing up about that period. I hadn’t thought of that before but maybe it is that. Maybe it is the fact that we are about to say goodbye to a couple of generations that were there and that were affected by those events enormously.

Q: Growing up in Australia, how was Churchill and the British monarchy perceived?

Mendelsohn: Okay, so there’s a couple of threads here. We’d known we were being Churchill brave, but we also remember him for Gallipoli*, which was our baptism by fire.

Q: Which is also why Churchill fought so hard for the Dunkirk rescue. People should know that history because if you don’t that then you don’t know how important it was for Churchill to get those guys off the beach.

Mendelsohn: Exactly. And the monarchy is something which Australians seem to be wrestling with and there’s been a republican movement alive and well in Australia for a good deal of time. They had a referendum back around the millennia and the referendum didn’t carry and we remain in the Commonwealth and me, personally, think that’s a good thing. I like the Commonwealth. I like what it means in the world and I like it but it’s not all up to me. But there’s a lot of people that feel a lot of different things.

Q: Jumping ahead, you have a lot of exciting projects coming up, including Ready Player One, a return of Steven Spielberg to the sci-fi realm. What can we expect?

Mendelsohn: It really whets your appetite, doesn’t it? Look, to be honest, I don’t know what to expect from it either. I know that [Spielberg] has been in post for a very long time, and that can only be a tantalizing sign. I mean, this is a guy that has a mastery of film that it’s hard to point to his superior and I think he’s in there making his masterpiece. That’s what I like to think.

Q: Did you have fun doing it?

*Note: The Battle of Gallipoli was a failed attempt by the Allied Powers to gain control of the sea route between Europe and Russia during WWI. Churchill was First Lord of the British Admiralty at the time and ordered the campaign, which incurred heavy casualties once the Allied troops became trapped on land, including many Australian and New Zealand soldiers.