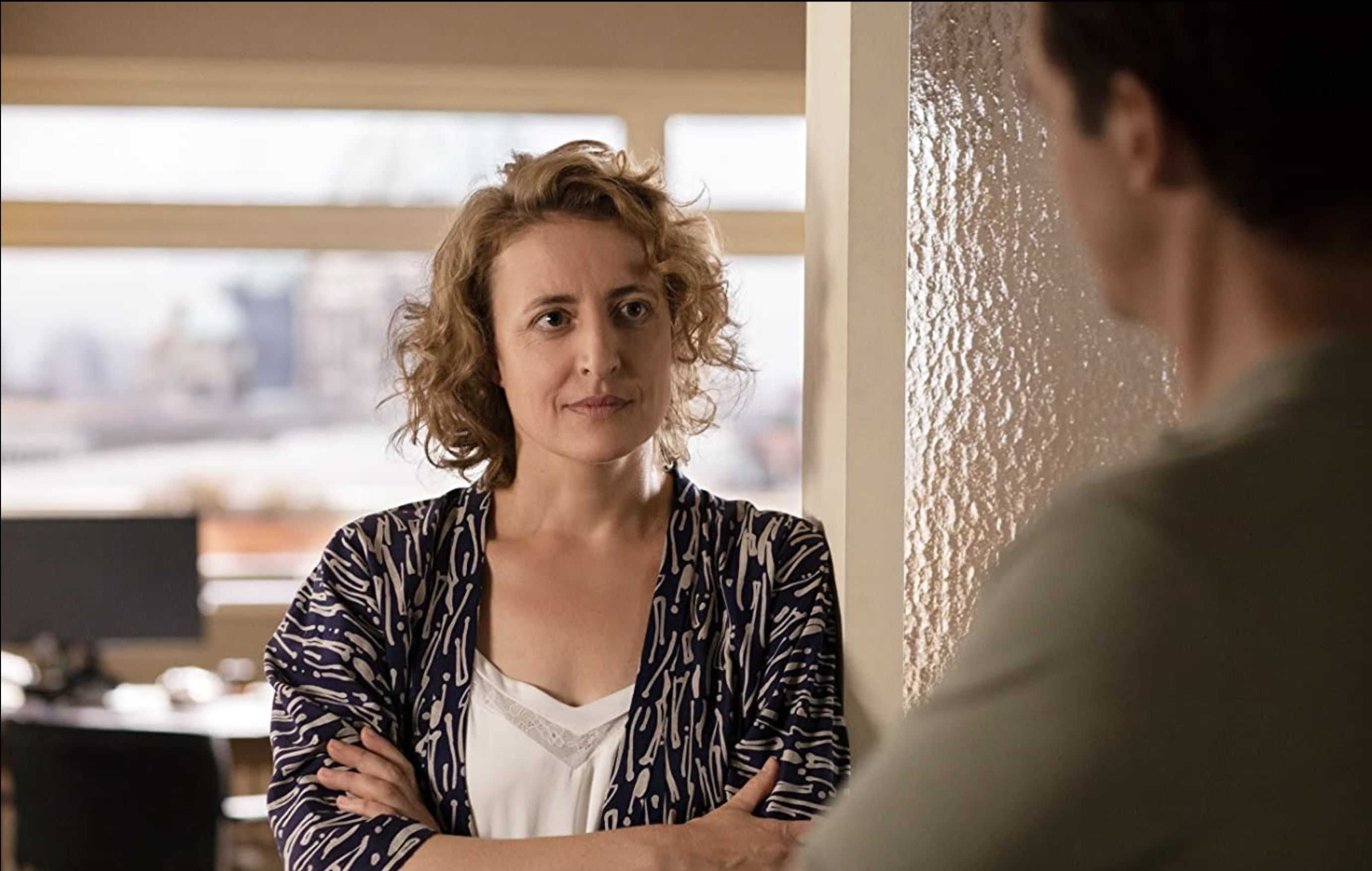 We’ve all seen movies about androids or humanoid robots that try to assimilate into society — from Metropolis to Westworld to Blade Runner to Ex Machina — and a lot of times, those films have more ominous undertones. But director Maria Schrader’s (Deutschland 83) latest feature film, I’m Your Man, is a much softer foray into the sci-fi realm — such as it is in the future, but a not so drastically different one from the world we are currently living in. This romantic dramedy doesn’t have that usual cold, futuristic feel — we feel right at home in this world — after all, aren’t we all just looking for our “perfect” match? Schrader and her cast and crew deliver a simple yet complex story about human wants and connections in such a relatable and enjoyable way.

I’m Your Man tells the story of Alma (Maren Eggert), an antiquarian who gets roped into a beta test of trial (kinda reminds you of the French Netflix show Osmosis — think online dating and matchmaking on steroids) running the “perfect” humanoid robot partner in order secure funding for her research. She is an unwitting participant in the three-week program, but her boss says she’s the only one who can do it because she’s the only one in the department “truly single” — Alma is a single independent woman (unfortunately, her ex works in the same department, so he keeps popping up) with no real family besides a father who is slipping more and more into his dementia. So, Alma shows up one evening to the lounge (giving off real Weimar Germany jazz club vibes) for her initial meeting with her “perfect” partner (he’s an amalgamation of what 93% of German women want plus something traits like the English accent that are specific to Alma), the handsome and attentive Tom (Dan Stevens).

You would even be hard-pressed to even know that Tom was a robot — minus perfect posture, somewhat vacant stare and constant smile, and a little glitch here and there that kind of hints at the fact that something is slightly off. After all, “it’s hard to program flirting” — just like real life. But over the next few weeks, Alma and Tom learn each other, and Alma slowly starts to soften and warm to Tom, who is actively learning and adjusting in real-time (if only our human partners could do the same). You can really see that Alma is really torn — she longs for companionship, but maybe she’s still dealing with the aftermath of her last relationship while putting up a strong, independent workaholic front to not have to deal with the loneliness. 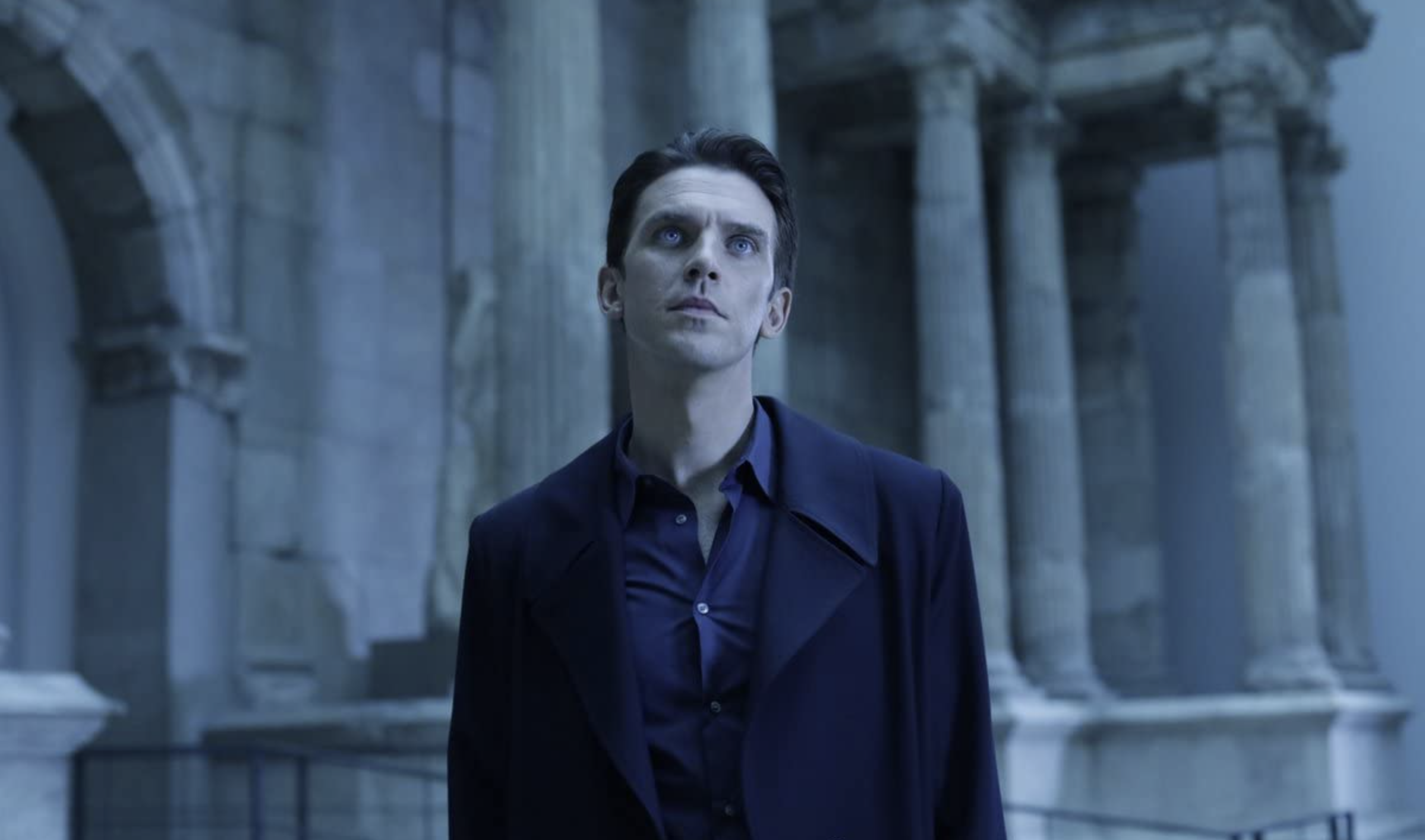 While not an all-out romantic comedy, I’m Your Man has comedic overtones (especially Dan Steven’s spot-on performance…and was I the only one pleasantly surprised by his German?!) that had me giggling throughout. It doesn’t have the same intense, sexualized, sinister tone as a movie like I’m Your Man. You can appreciate the fact that the film doesn’t take itself too serious (the subtle jab at micro-aggressions and exoticism when Alma’s boss touched Tom’s hair was spot on and elicited quite the laugh), although, at its heart, it deals with some very complex issues and themes such as what it means to be human, what rights should humanoid robots have, whether or not we really want our “ideal, perfect” partner as well as human longing and identity — all issues that we will have to grapple with more and more as technology advances. But people aren’t perfect, so why do we always fantasize about that “perfect” partner, and will that perfection eventually drive us crazy and become a turnoff? The film also touches on the way singles are treated in today’s society — often discounted and treated as science experiments themselves (online dating, matchmaking, etc.), just like the beta test in the film.

While I’m Your Man is slow in some parts and kind of drags a little, Schrader’s direction and the performances from Eggert and Stevens (and a slyly funny performance from Sandra Hüller) really keep this an enjoyable watch. Maren Eggert (Tatort) gives a naturalistic performance (she won the Best Acting Performance Silver Berlin Bear at this year’s festival), and Dan Stevens’ (Downton Abbey) unflappably upbeat portrayal almost steals the show. The film is slightly surreal but doesn’t feel overly futuristic or sci-fi because it still has some of the traditional rom-com tropes that softens it at the edges — the sparks between the two are from friction, not love at first sight, one of the parties is overly skeptical about love and relationships and begrudgingly accepts the reality of the situation as her partner allows her to fully come into herself and grow. And who doesn’t love a rom-com that contemplates existentialism?! In the end, I’m Your Man is a farcical dramedy about love, relationships, and technology that is subtle yet funny, stylized, and filled with great performances. 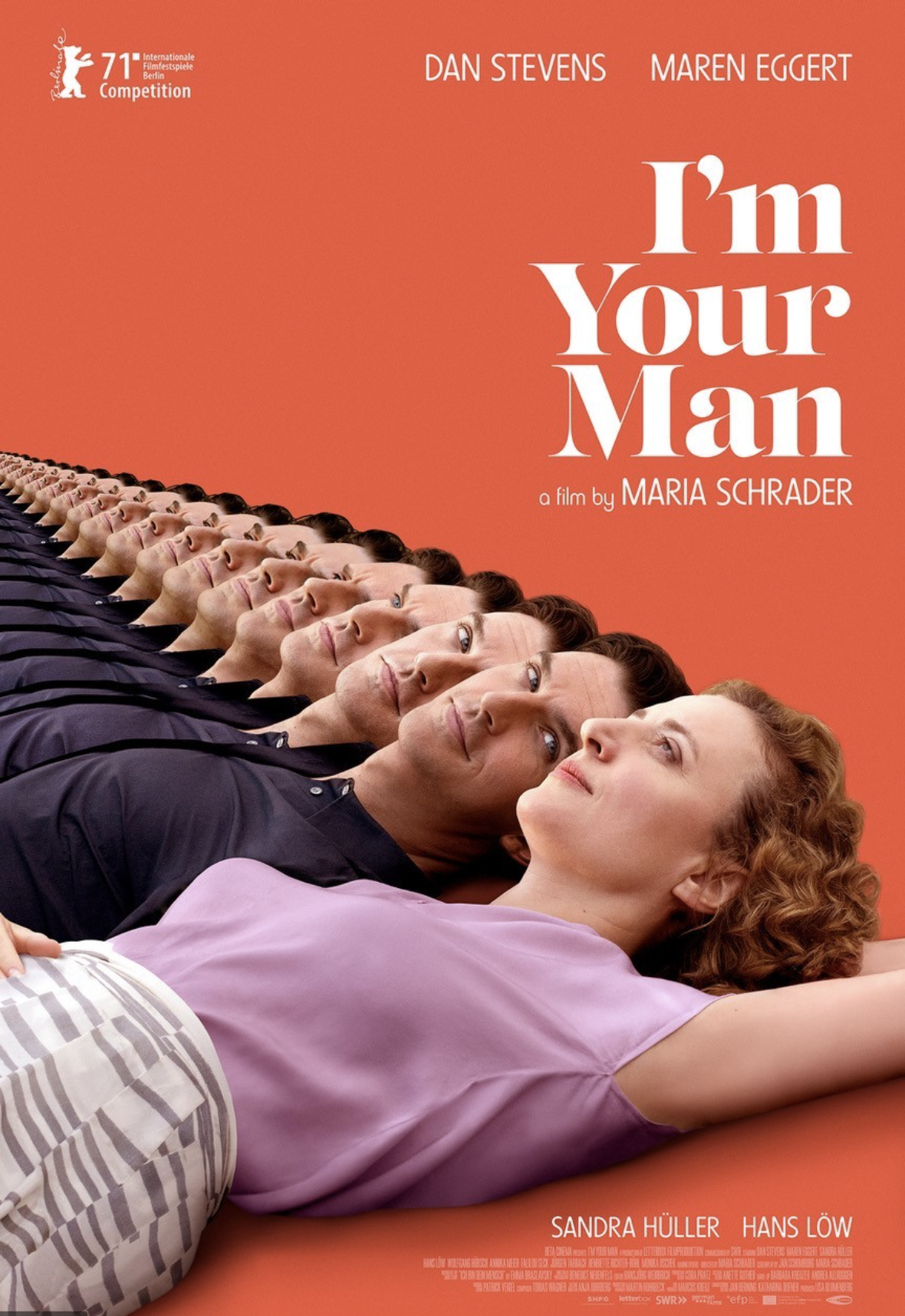