There is an art to promoting a movie and a marketing strategy to pull it off in a world awash in content with too many options. Film marketing goes beyond trailers, TV ads, and posters. There is a campaign to bring awareness and motivate people to watch your movie. Many movies had mixed to negative results in promoting films, but here are some highlights of the best movie marketing of the year.

Rebooting a franchise can be tough because you need to lean into more than nostalgia while getting a new generation interested. Paramount started promoting Scream in late 2021, and they connected and re-invented the 12 days of Christmas in a promotional campaign with #12ScreamsForTheHolidays. They also partnered with Spotify for the Streamed to Death 2021 playlist as their version of Spotify Wrapped. They utilized TikTok with a ‘Wipe It Down’ challenge with Courtney Cox, which garnered a lot of engagement just before the movie opened. 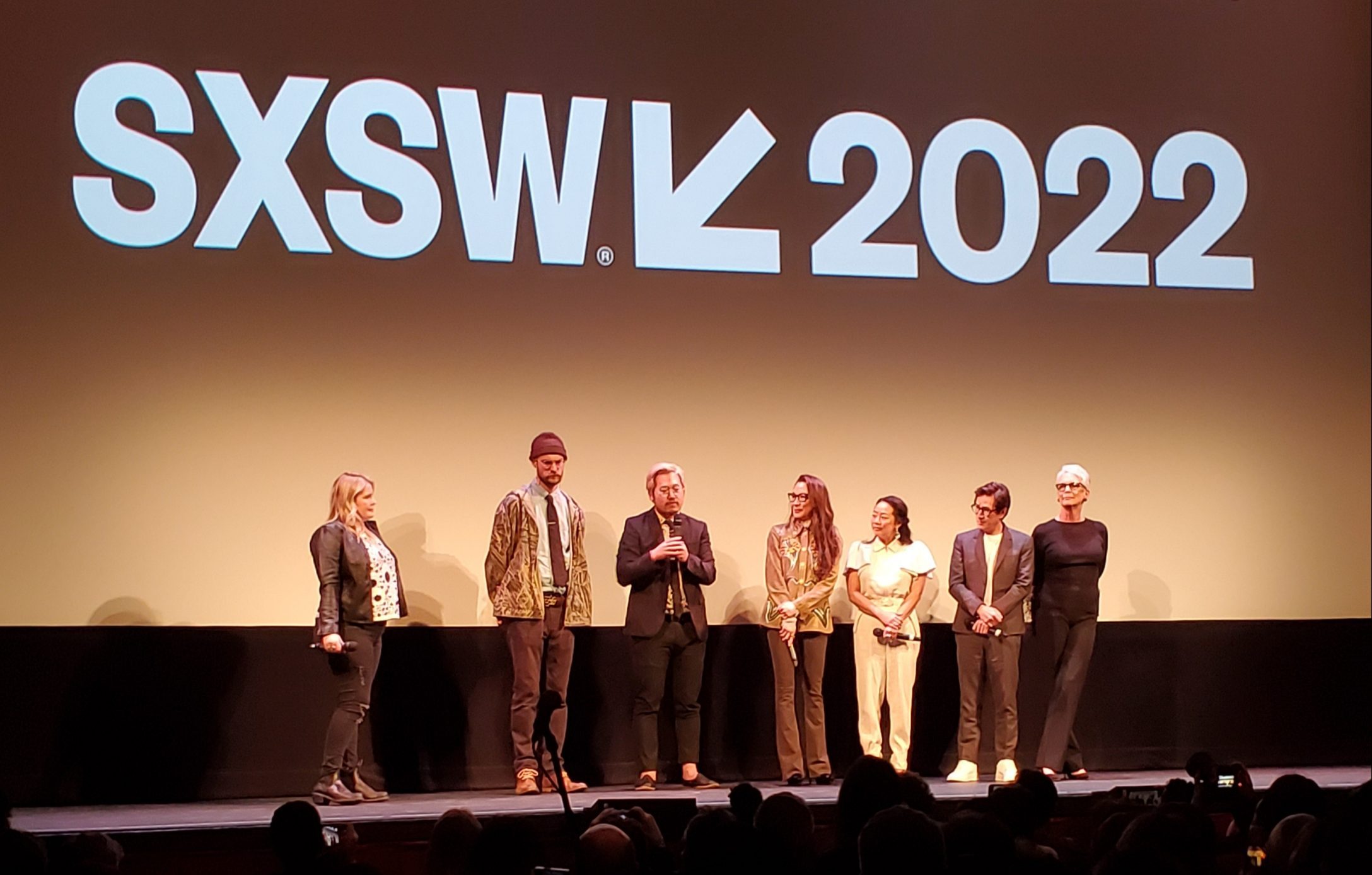 Everything Everywhere All At Once Perfect Publicity

Film festival buzz can be one of the most overrated forms of promotion in the movie business. I have attended just enough for almost a decade to see movies burst big at events and then fizzle upon release. Likewise, A24 had to go big with the first in-person film festival since the Covid pandemic with its SXSW premiere of Everything Everywhere All At Once. The audience was perfect, but the cast was electric before and after it played. Michelle Yeoh and Jamie Lee Curtis were interviewed in Entertainment Weekly before the premiere, and Yeoh also appeared in profiles for NY Times and THR. Ke Huy Quan was interviewed on CBS Sunday Morning back in January 2022 talking about his career, and felt poised for a comeback. And the rest was film history for A24.

The biggest blockbuster of the year didn’t need a lot of promotion other than convincing older audiences to go back to theaters, but I loved what Paramount did in two different ways. At my press and industry screening of Top Gun: Maverick in Denver, attendees could start their missions by creating a pilot profile simulation with #WhatMyCallSign. You would answer a few questions and be assigned a nickname with a helmet on a selfie. During the red carpet Cannes premiere, fighter jets with red, white, and blue smoke flew over the Palais des Festivals with, adding even more spectacle and pageantry to the famous French film festival.

Netflix’s Adam Sandler basketball drama Hustle had a star-studded premiere in LA, and many NBA players and people in the sports industry attended and posted on social media about the movie and the event. This might have been one of the bigger influencer campaigns that bombarded sports fans for the year and brought success to the streamer. The red carpet setup was one of my favorites I had seen all year, perfect with a basketball court background and chairs you’d see at most basketball games, thus catering to the sports setting of the movie.

The Global Reach of #GentleMinions

Many film fans and pundits have grown cynical about younger audiences getting off their phones and watching movies on the big screens. Give kudos to Universal for understanding that the kids of 2010 are now older teenagers for promoting Minions: The Rise of Gru. Everyone loves a good pun, and “GentleMinion” flowed so well while inspiring GenZ to gather in groups and watch the new Illumination movie. Universal also created events with “giant squishies” of Minions (people in mascot-size costumes) who were placed in spontaneous locations across the country and the world. The lovable character’s antics and gibberish translate globally. Universal partnered with the Paris Saint-Germain (PSG) soccer team in France and the Australian music band The Wiggles and had a popular Jurassic Minions video mashup riding the coattails of the popular dinosaur franchise.

Where The Crawdads Pin

The biggest surprise while researching this post made the most sense, especially with the saying, “go to where your audience is.” Where The Crawdads Sing was based on a bestseller book and popular with women. Sony partnered with Pinterest, a social media platform that appeals more to women, to highlight and promote their movies with a sketchbook, recipes, and bookmarks. It was the “surprise” counter-programming hit of summer that knew its audience and went after them. Look at the Pinterest board here.

The new Jordan Peele movie, Nope, released trailers that somewhat mislead audiences in a way to hide the mystery, and a poster revealed plot point character spoilers in plain sight. Basketball star Steph Curry starred in a short video that aired during the beginning of the NBA Playoffs that captured the essence of the blockbuster horror flick, which wracked up views and attention.

Smile All Over TV

The most effective and witty marketing publicity campaign of 2022 was for Smile. Paramount’s horror breakout hit was destined to streaming until test screenings gave the studio confidence for a theatrical release. The marketing team knew they had to go big. The movie promotional campaign made the news when people hired by the studio were planted in the background of live TV events from MLB baseball games to the Today Show. This went viral, obtaining organic engagement and making the news in publications like USA Today and Sports Illustrated. Tweets with #SmileMovie hashtags on Twitter became the creepy smile emoji after users tapped the loves icons like what happened below. 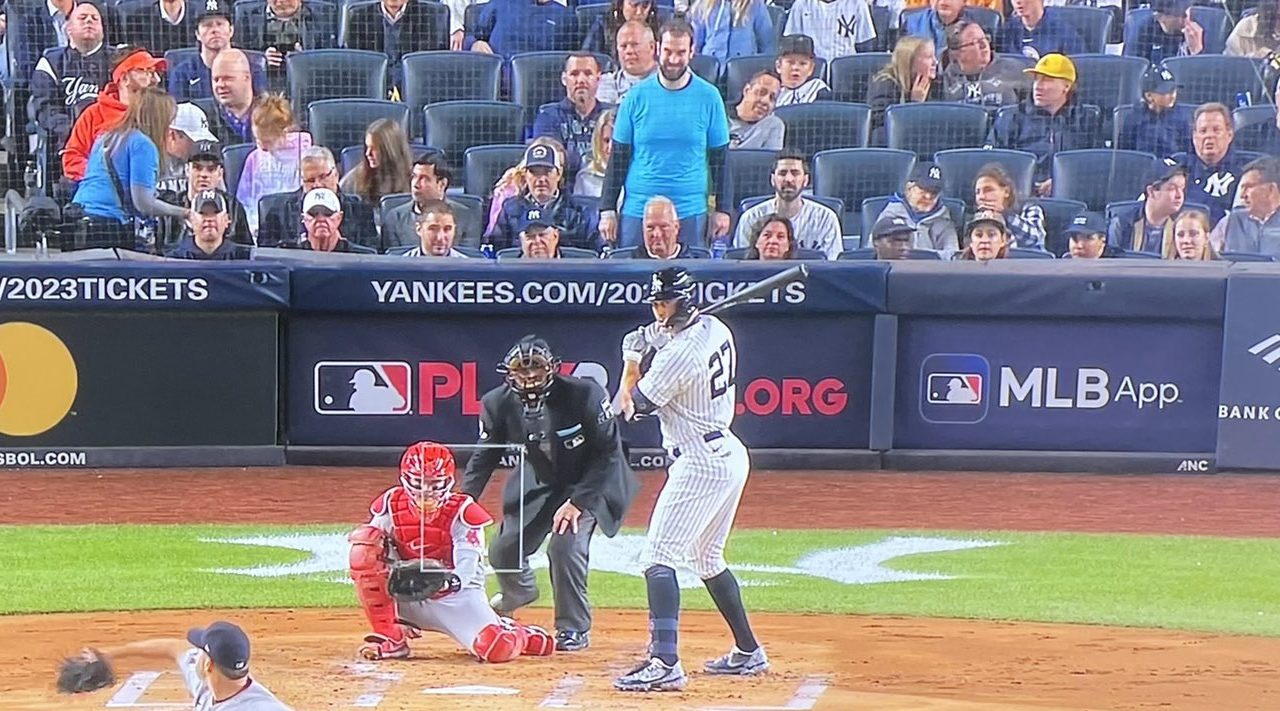 Netflix gets accused of dumping movies without thought, but the promotional campaign for Slumberland reinforced that not all audiences see marketing for all films. I wasn’t aware this movie existed until someone outside the movie world asked me about it. The streamer partnered with a mattress company Casper for a screening where attendees laid on beds at the screening to try out the new product. I hope Netflix does more screenings like this for other movies in the future.

The Glass Onion on Zillow

Netflix made a creative digital ad marketing Glass Onion: A Knives Out Story by featuring the home on Zillow as a sponsored listing. Fans could tour the house per bedroom, and feature information funny to the viewer, including “1 Rooftop Parking Space,” with Derol Zablinski, as the listing agent, describing it as a multi-layered living paradise. Explore the listing here. 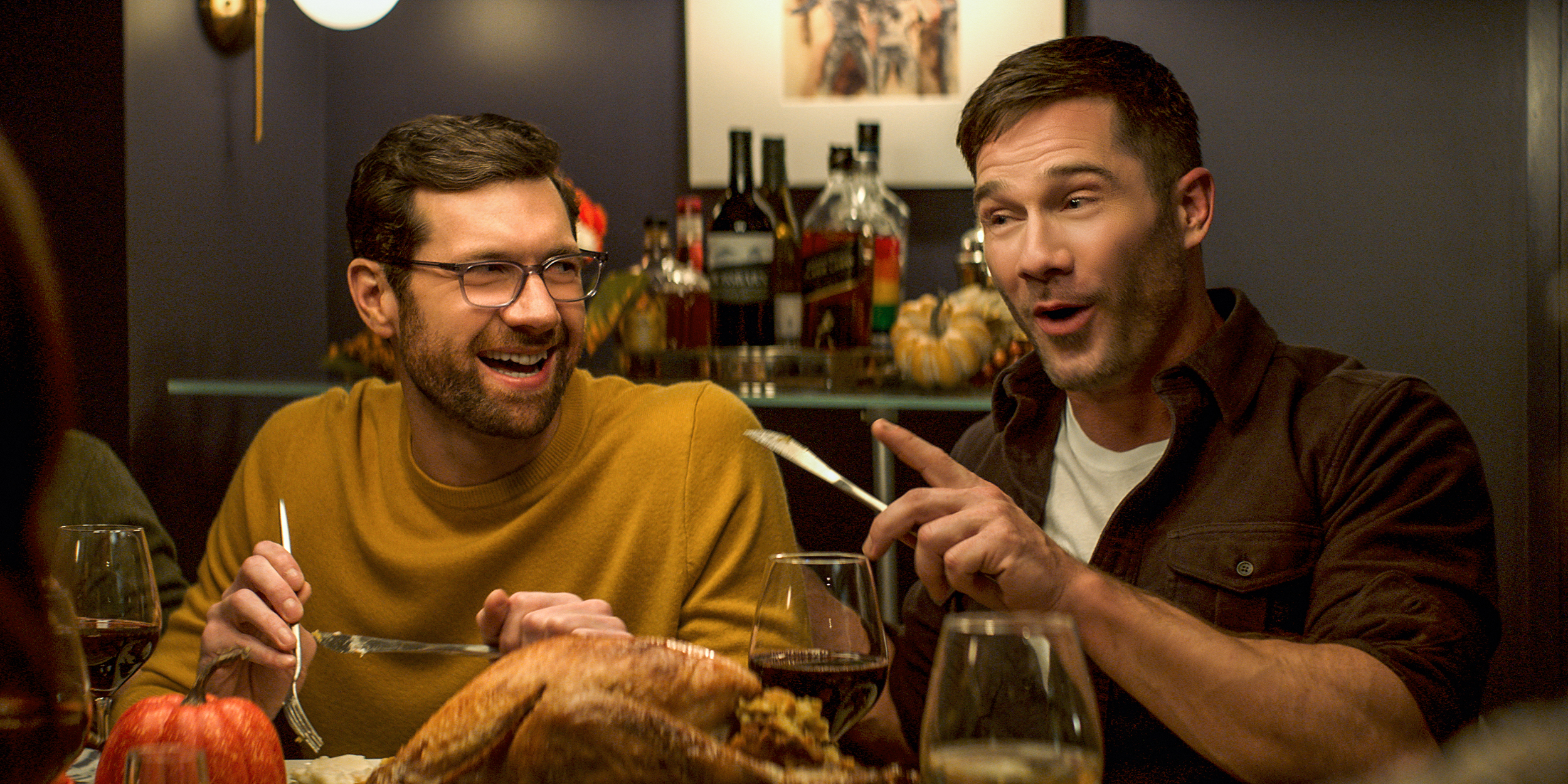 A Recommendation for Universal’s Bros

Bros didn’t succeed at the box office despite being a hilarious movie. Universal should have had an SXSW world premiere, maybe even “Billy in the Streets of Austin,” during the week-long event. Timing is everything, but he re-launched his popular video series too late. You have to gain momentum and earn viral moments in the coming months before the release and not just a week or two. Like with other Universal comedies, a tour on college campuses in mid to late spring would have been beneficial for younger audiences to know about it and build buzz. A potential sponsorship for big Pride events in the top ten media markets with an activation related to the movie or Billy in the parade could have helped. Like what Netflix did with Zillow and Glass Onion, maybe they should have had a sponsored dating profile of the love interest on dating apps. Truly a missed opportunity.

What were some of your favorite movie marketing moments? 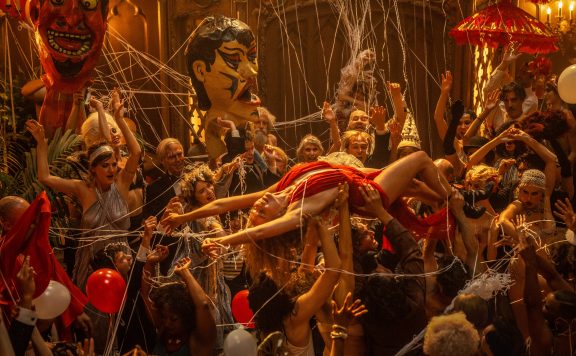 The Best Movie Marketing of 2022

There is an art to promoting a movie and a marketing strategy to pull it off in a world awash in content with too many options. Film marketing goes beyond trailers, TV ads, and posters. There is a campaign to bring awareness and motivat...
0
Average User Rating
0 votes
Please sign in to rate.
Film:Bros, Everything Everywhere All at Once, Glass Onion: A Knives Out Mystery, Minions: The Rise of Gru, Nope, Scream, slumberland, Smile, Top Gun Maverick, Where the Crawdads Sing