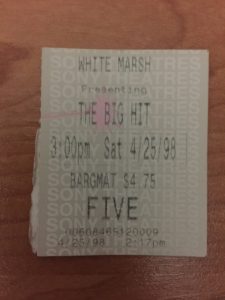 In the ‘90s it was like Hollywood had just discovered that Hong Kong was a place that existed. They brought acclaimed director John Woo over to make hit movies. Tsui Hark and Ringo Lam didn’t end up making the transition but both Jackie Chan and Jet Li finally got to join American action heroes. It would all culminate in The Matrix incorporating wirework kung fu in a big sci-fi blockbuster. However I felt the greatest American adoption of Hong Kong style came a year earlier on The Big Hit.

It was eye opening for me to discover Woo and Chan. Going back through their Hong Kong catalog nearly ruined me for American action. Eventually I saw all of their movies and gave Jet Li and Tsui Hark a whirl. They all had their own spin, be it Chan’s comedy or Hark and Li’s wirework, but the one thing Hong Kong action had in common was embracing the absurd. They followed my rule of “because it’s awesome.” As long as it’s awesome, people can fly around, catch falling babies, launch barrels into high-rises or anything else they can think of. Hollywood was still trying to make it make sense 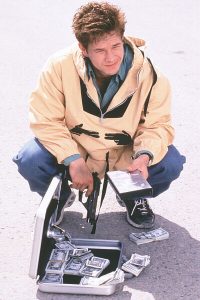 (and even The Matrix was only accepted because they sold it as a virtual reality).

The Big Hit did Hong Kong action right. It had the badass balletic action but really embraced the absurd humor that Hong Kong movies served up along with it.  The Big Hit stages a standoff over returning a King Kong Lives videotape. Everyone assumes action has to be life or death. It doesn’t. It can be silly and frivolous like returning a tape to the video store. Kids, a video store was a place we used to go to pick out a movie to bring home. Tapes were what movies used to be recorded on. 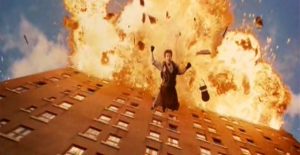 Oddly director Kirk Wong was not one of Hong Kong’s more absurd directors. He actually made gritty cop dramas. Perhaps it was The Big Hit screenwriter Ben Ramsey who perfected the translation of Hong Kong tone into English. The absurdity of characters surviving multiple deaths to keep coming until their narrative was properly wrapped up. Or a huge gunfight during an awkward family lunch where the cold-blooded killer is grossed out by the father-in-law’s drunk barf. 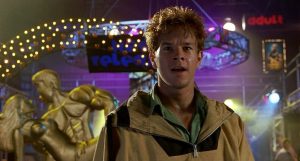 As a dancer, Mark Wahlberg had the grace for martial arts choreography and John Woo gun poses. It’s a shame The Big Hit didn’t catch on and lead him to do more martial arts. I’m sure some of the more acrobatic moves were a double but that’s also a better era. Instead of teaching A-list actors to do basic moves, let us see incredible athletes with their faces obscured. 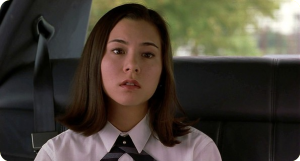 On its surface, The Big Hit was a generic “perfect score gone wrong” movie. Hitman Melvin (Wahlberg) goes along with Cisco (Lou Diamond Phillips)’s side job kidnapping heiress Keiko Nishi (China Chow). But not only is her dad broke, she’s also their boss’s goddaughter. It’s the colorful characters and themes that make The Big Hit unique, maybe too unique for audiences weaned on simplicity. 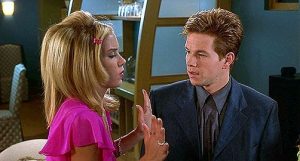 Someone finally made an action hero who was like me. I also wanted everyone to like me, especially women. Melvin is engaged to Pam (Christina Applegate), whose parents (Lanie Kazan and Elliott Gould) don’t approve their daughter dating a gentile. He’s also got Chantel (Lela Rochon) on the side draining him of money, and he ultimately falls for Keiko. Melvin can’t say no to any of them because he wants everybody to like him. For me, it was hard enough to find one girlfriend let alone have three simultaneous love interests, but the sentiment rang true. 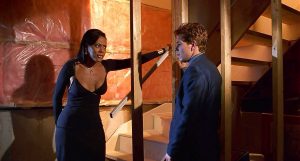 Now I understand that it’s ok if not everybody likes you, and in fact it’s good if the right people hate you. You don’t want sleazy criminals to think you’re all right, nor would you want selfish assholes to feel like you’re one of them. Melvin learns this by fighting Cisco in a video store and rescuing Keiko from his boss, former colleagues and her father, but I’ll take it. 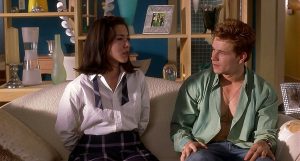 I can’t say The Big Hit was my wakeup call to stop being codependent. It would take me many more real relationships to learn that and I still do things I don’t want to do just to make people happy (they aren’t), but sometimes I’m brave enough to just say, “Fine, be mad at me.” They’ll get over it.

I guess the world wanted their sociopathic womanizing action heroes and they still do, because they rejected Melvin and I haven’t seen anything like him since. 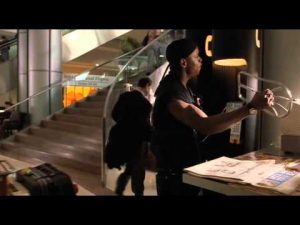 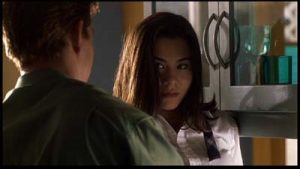 I loved China Chow as Keiko. There’s a lot of male fantasies going on there with the Asian schoolgirl with Stockholm syndrome, but it’s playing on that and she has more agency than many of her contemporary characters or those that came after. She certainly lit up the screen and I’d hoped to see her in more movies but she didn’t pursue acting much further. Even Wong didn’t direct again for 20 years (not sure about this Ice-T movie he took his name off in 1999 but that seems to fit the narrative that he stepped back after the ‘90s). 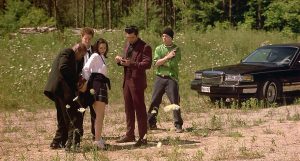 The misspelled ransom note is a hilarious bit of ineptitude in a mundane genre cliche. So too is the scene following a car chase, Keiko’s father Jiro (Sab Shimono) handling the mundane aftermath. The trace buster rabbit hole is an absurd bit of technobabble. 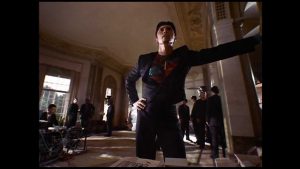 Even amid the absurdity of The Big Hit, there is legitimate suspense. Cisco’s two scenes with his boss Paris (Avery Brooks) when he learns how deeply he fucked up are palpable. In one he learns Paris is related to the kidnapped girl and you think Paris might be onto him. Even better is when they’re waiting for the ransom call and Cisco is just praying it doesn’t go through. Even the standoff at brunch, all the guns under the table until it finally explodes in a hail or bullets, glass and dad barf. 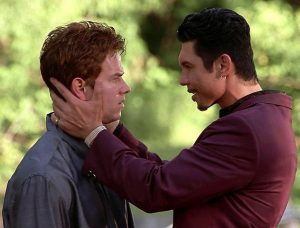 The point where Cisco goes from a goofy con man to a truly evil villain is poignant. Most people aren’t killers but this type is real. It’s all good-natured razzing and manipulation but guys like Cisco will stop at nothing to get ahead. In the world of hit men that turns to murder, but in more common realms those dudes can cost you jobs and money. Heed the red flags before it gets serious. 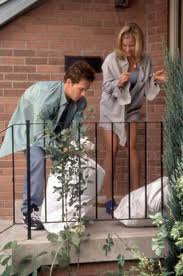 There’s a bit of high slapstick farce as Melvin tries to hide a dead body and a hostage from his girlfriend and their parents. There’s a bit of suburban satire about how all the houses look the same and everyone has the same routine. That feels like it’s perhaps been truncated in the final cut.

At the time, I was sad we didn’t get more American movies in the Hong Kong mold. Little did I know basic action was about to get so much worse. The next two decades were filled with shaky handheld cinematography so you couldn’t even see the incredible feats performers were achieving. I’ll take basic ‘90s American action over what we have now. And at least I got to see what it would look like if a Hollywood movie fully embraced Hong Kong style.