I don’t know what it is about Kate Winslet starring in tearjerkers that feel larger than life, but she should never leave this lane. Voicing the titular mustang, the Academy Award-winning actress does author Anna Sewell proud. Her late-19th century novel was an instant hit, and over time became an enduring classic that changed the perception of animal welfare for the better.
–

Not only do animals feel, but they also have souls. To bond with one can elicit unconditional love you might otherwise not find in self-interested humanity. Ashley Avis’ Black Beauty upholds Sewell’s outlook that the human race does not have a monopoly on love or kindness. Though not a high bar to surpass, the family drama is the best original film in the Disney+ catalog to date. 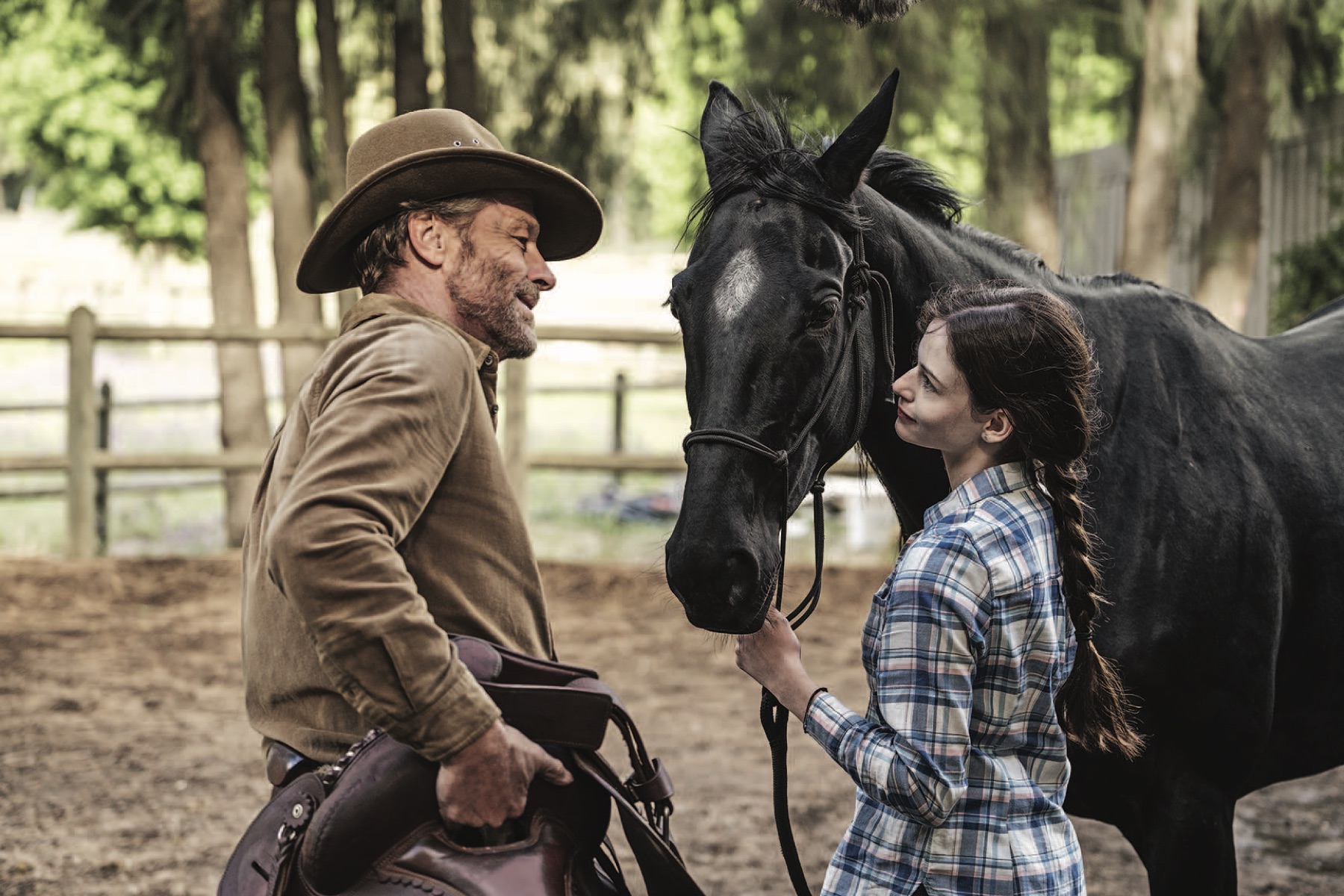 Set in modern times, Beauty is now a “she,” and so is her favorite groomer. The protagonist gender swap empowers young girls to maintain firm resolve despite life’s challenges, never allowing such adversity to break their spirits. Hardship will come, loss is inevitable, but that doesn’t mean bonds can’t endure. For Beauty and Jo Green (Mackenzie Foy, in her most emotionally mature role), that means forging an everlasting connection. Not even distance nor setback can ever truly tear them apart.

So who is this gorgeous steed full of abandon? Beauty was born a free horse, galloping across the vast golden meadows of the Utah plains alongside her family. David Proctor’s stunning cinematography depicts American landscapes at their most majestic and expansive. Instead of showing the harshness of pastoral life — which is inherently beautiful — Black Beauty concerns itself with agricultural enterprises that deprive the countryside and its wildlife inhabitants of peace. 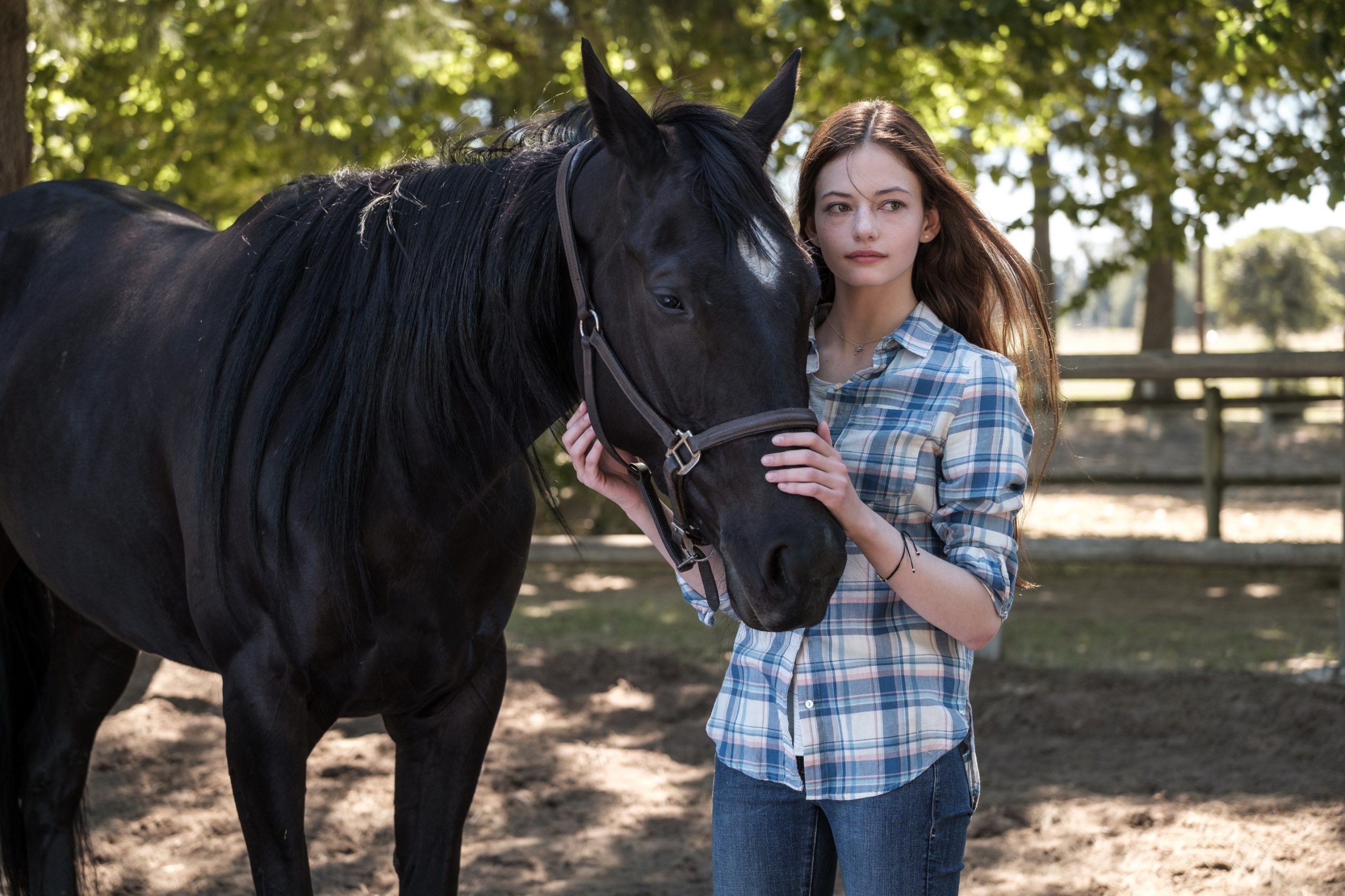 Beauty’s curiosity to venture outside her home lands her in human captivity. She then enters a world of bartering, training, and ultimately selling animals for profit. Once captured from the wild, a horse’s fate is permanently attached to mankind. Unable to see her mother again, Beauty’s hope begins to fade. However, a rancher hand with kind eyes named John Manly (Iain Glen) is mesmerized by the young mustang’s resilience. He purchases Beauty and takes her to an equestrian center known as Birtwick Park to be “broken in” as a steed.

John’s own world is upended upon hearing the news of his sister and brother-in-law’s fatal car accident. This makes John the sole guardian of their daughter Jo. The recent orphan is consumed by anger and views her uncle as a complete stranger she wants nothing to do with. The more John attempts paternal affection, the more Jo is reminded of who he’s trying to replace. Light reenters Jo when she meets Beauty; the pair form an instant connection, recognizing the need for friendship to quell inner sadness. Jo, with no experience as a horse tamer, manages to reign in Beauty’s insolence, transforming her uncooperative demeanor into steadfast loyalty. In return, Jo’s melancholy is healed now that she’s found her purpose in life: rescuing horses from a torturous existence of being traded, abused, and rehomed. 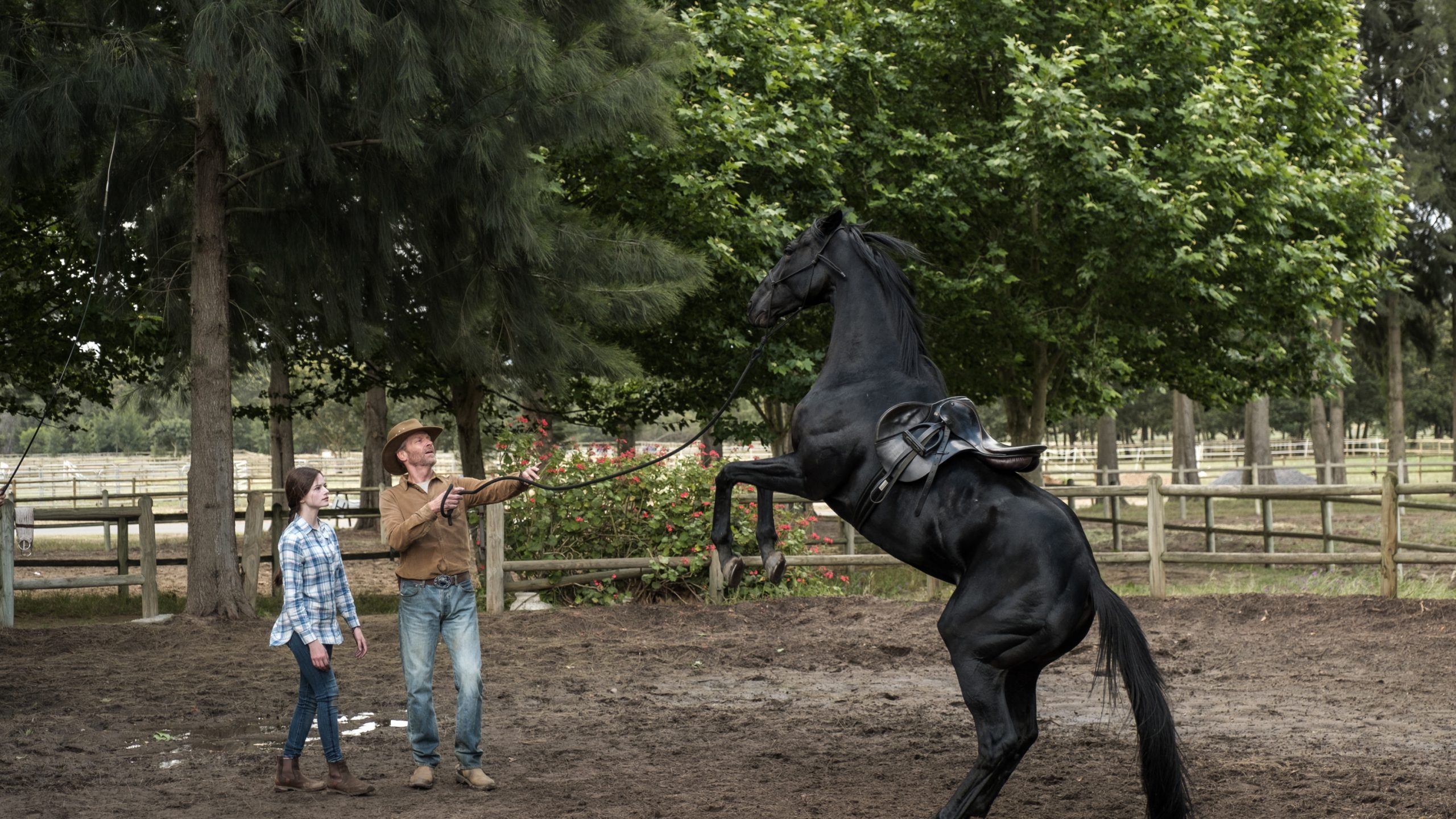 Winslet’s exquisite narration evinces dignity and grace. Beauty isn’t given a cheerful, lollygagging personality, nor automatically finds happiness in everything and anyone. Winslet treats her iconic literary role with the nuance and seriousness it deserves. You won’t find a carefree Disney farm animal in Beauty — she’s so much more, yet carries the same commitment to friendship found in these anthropomorphic characters.

Foy and Beauty have unmatched chemistry, a testament to Foy’s effortless ability to channel soothing positivity. Even when Foy’s Jo can’t seem to escape her grief, she’s always willing to keep her heart open for Beauty’s sake. Their friendship will stand the test of time in cinema just as it has for over a hundred years in literature. Black Beauty also doesn’t shy away from depicting animal abuse in all its barbarity, particularly for leisure sport. A domestic animal should never be exploited for personal gratification or spectatorship. While human cruelty is put under a deserving microscope, Black Beauty leans on a deeper message of achieving harmony through love. “Humanity” connoting kindness is a construct — true generosity means having compassion for all the wondrous, innocent, beautiful creatures that make up our planet. 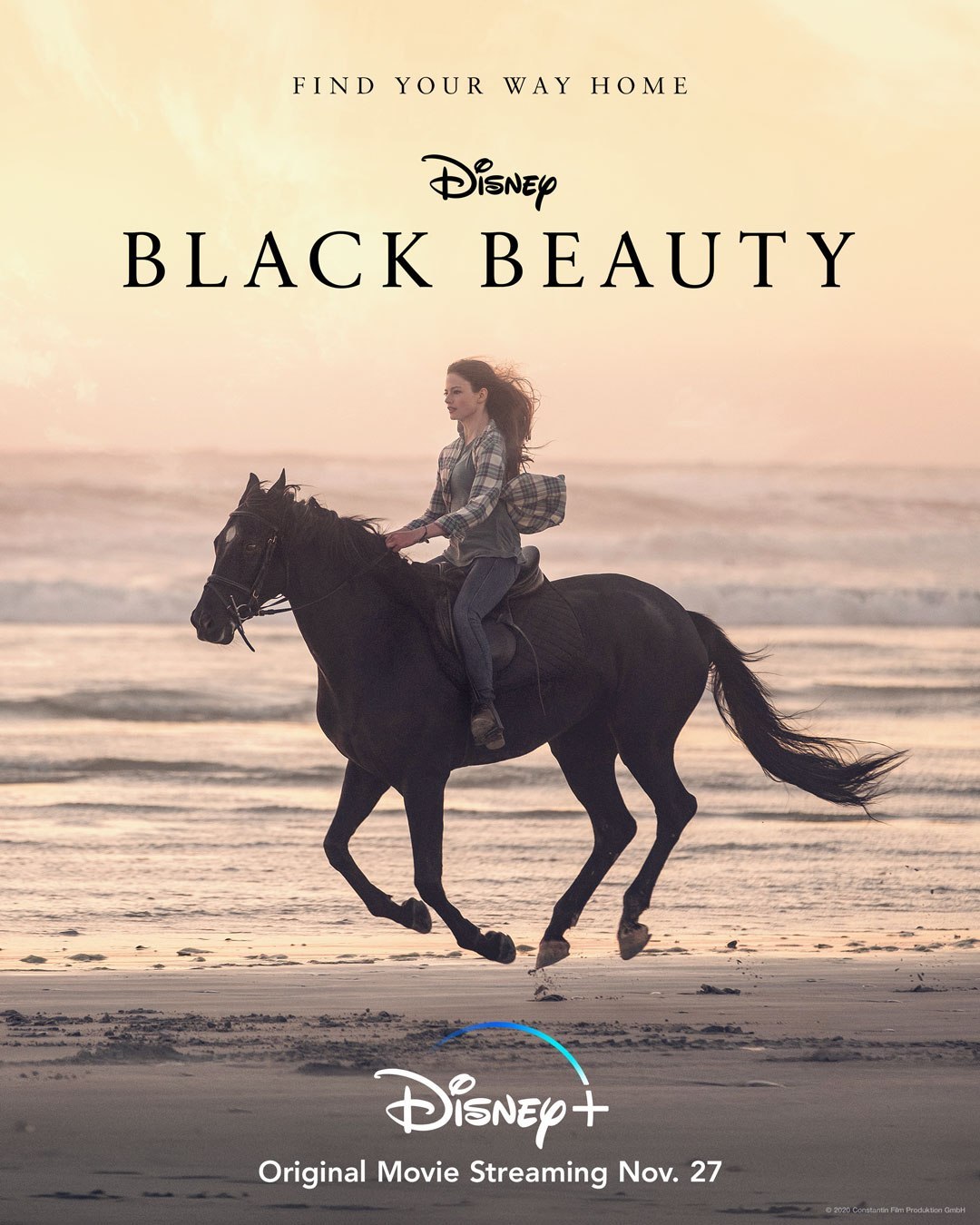 ‘Black Beauty’ Review: A Tender Adaptation That Gallops Towards Greatness