It’s easy to see the appeal of the past when it comes to horror. Along with evoking the favorites of many modern filmmakers, leaning on an era where cell phones and the internet do not exist allows characters to experience certain kinds of danger that would be absent today. The Black Phone is a horror film with the 70s in its blood. It attempts to balance its saturated look with some 16mm footage and other tricks to evoke a certain mood, but regardless of the effectiveness of those visual choices, the movie is a thriller well aware of its forbearers. With that in mind, as dark as the story gets, there’s a spring in this film’s step, allowing it to work as an entertaining horror effort, complete with an already killer look for a marque villain.

Set in 1978 Colorado, five children have gone missing, and Finney Shaw (Mason Thames) is about to be the sixth. Before we get there, however, another time is spent establishing what things are like for him and his sister, Gwen (Madeleine McGraw). Their mother has passed, and the two kids now live with their alcoholic, abusive father (Jeremy Davies). At school, Finney is bullied. He’s also shown to be an intelligent kid and a pretty good pitcher on the baseball team. Gwen has her own talents, which the film explores over time.

Based on the short story by Joe Hill (son of Stephen King), writer C. Robert Cargill and co-writer/director Scott Derrickson have teamed up once again (they previously collaborated on Sinister and Doctor Strange) to make something that throws a lot at the audience while playing fair. There are, perhaps, too many details for the film’s own good, as I certainly found myself interested in many elements that go unexplored. At the same time, the choice to create a visceral experience rooted in the horrific journey Finney must suffer through as he attempts to escape his predicament is effective. 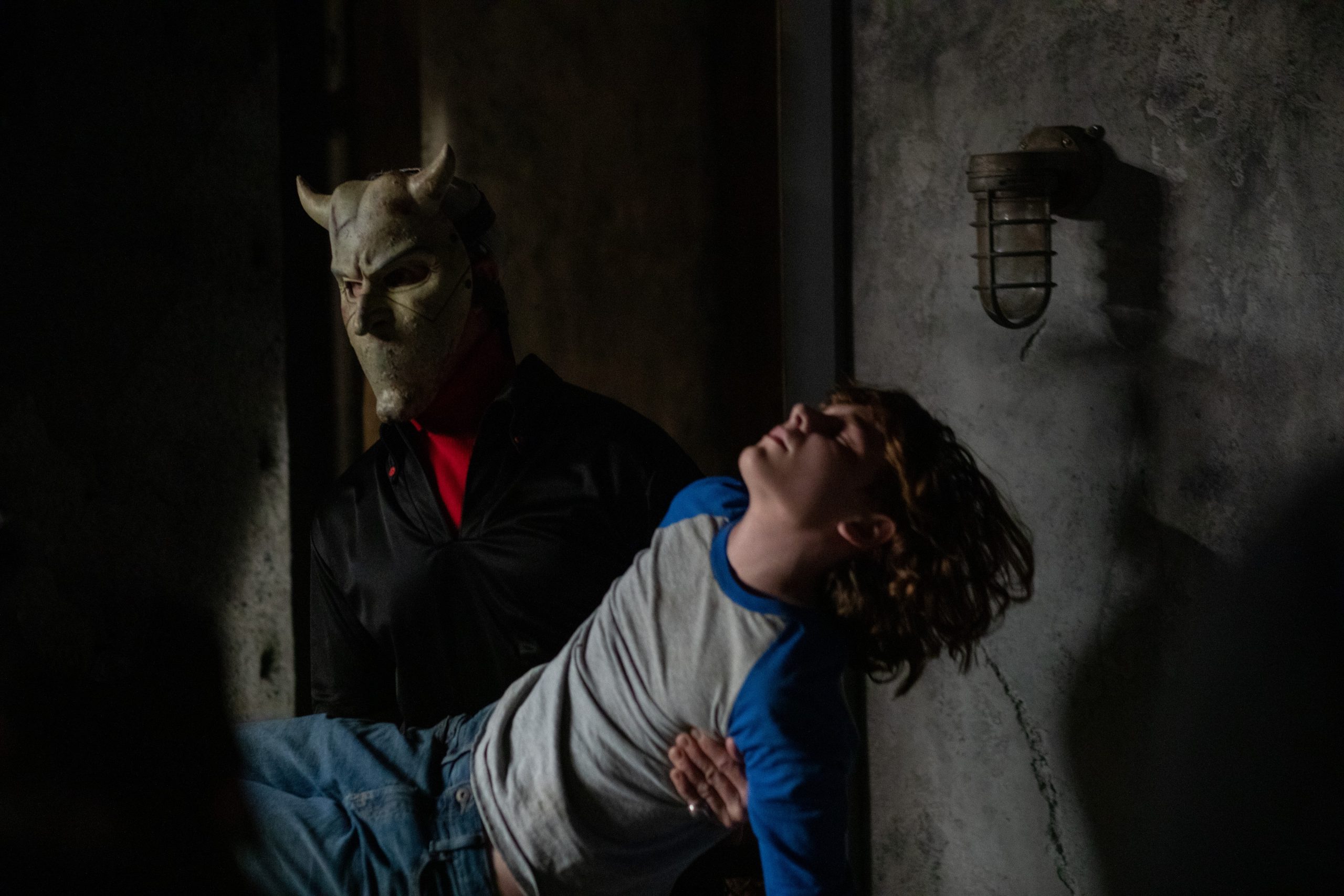 Ethan Hawke portrays the film’s central villain, dubbed “The Grabber.” There’s a conscious decision to hold back from letting the audience understand more about this man, but one can glean a few things that stem from pure evil manifesting itself yet again. Most important is how the film is able to let the viewer feel unnerved by his ghoulish presence. Thanks to the use of various masks designed by horror legend Tom Savini (and I have thoughts on why there are different ones), there’s an inherent midnight movie quality to this baddie that could end up leaving a more significant impression on the audience than what Hawke actually does in the film.

The titular black phone adds an additional wrinkle to the film’s narrative. Locked away in a soundproof basement, Finney finds himself hearing calls from a disconnected receiver. Are they real? Well, the film provides answers, which come in exciting forms that certainly push the movie in specific directions. I will not say how this connects to what is going on, but as a means to keep changing up Finney’s situation, it is an interesting approach.

Questions could form as far as the Grabber’s level of awareness in certain instances. That’s where Derrickson pulls out whatever tricks he can to keep the audience distracted. One of those tricks is a sense of humor. It’s easy to see where the film is most successful in this regard, and that’s through McGraw, playing up Gwen as a young spitfire. The character may lean on being too precocious for her own good, but The Black Phone is operating at a heightened level. 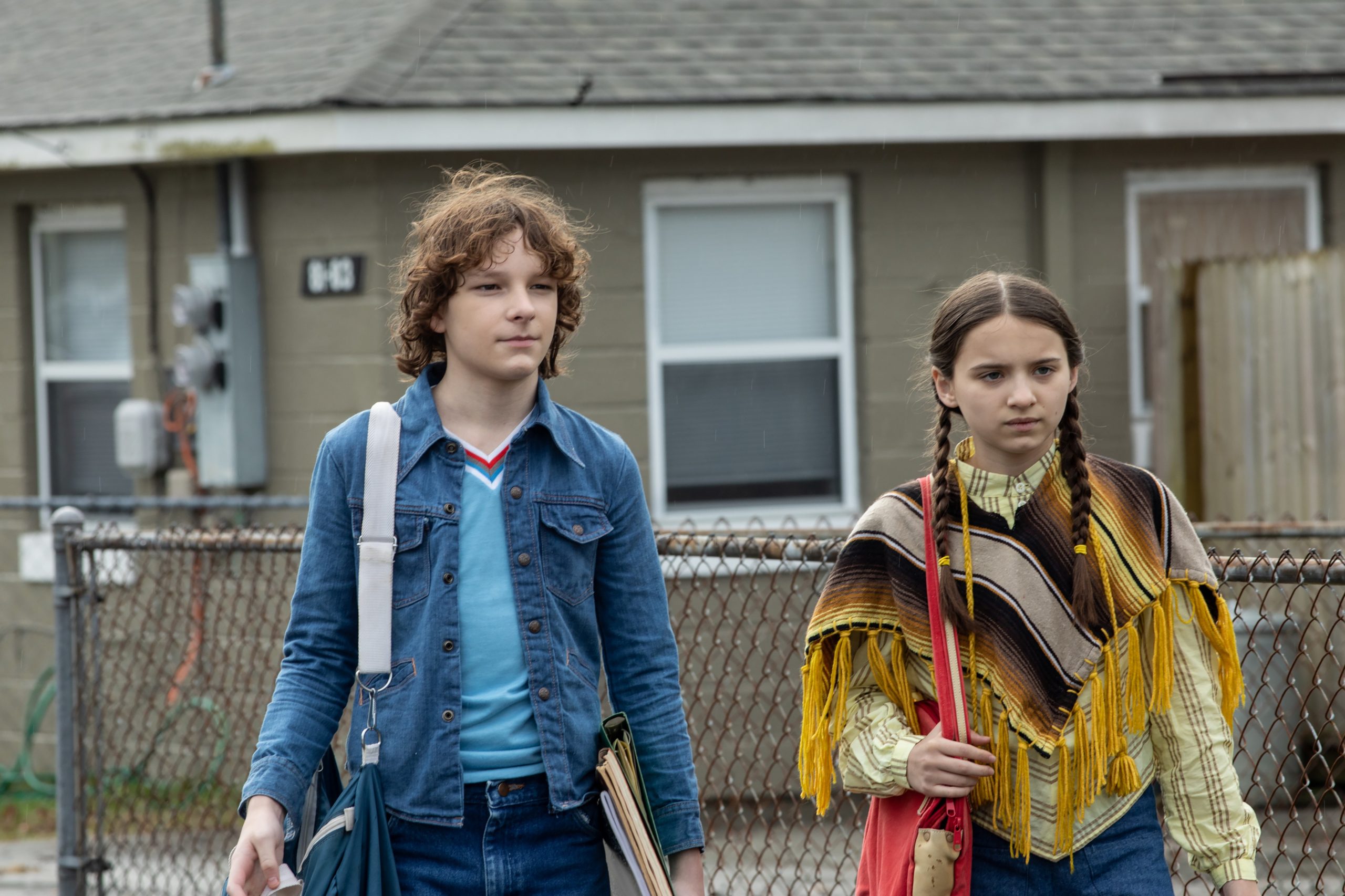 Other areas are less successful, depending on how seriously one takes the film. As the situation for Finney is dire (let alone the crimes of the Grabber), it’s not too helpful to bring in James Ransone for comic relief. While not overlong, if The Black Phone could be trimmed, I know what would have helped. Still, in finding ways to break up the tension, it’s also necessary to note the mean streak found in this story. Abusing children is a tough topic to take on, and the way this film relies on darkly comedic elements to help brace the viewer for rougher stuff (mainly on an emotional level) requires some level of finesse.

This is why I continue to find Derrickson interesting as a horror filmmaker. I’m not the biggest fan of Sinister, but aside from the creepy 8mm home movies full of terror, the most effective portions came from the domestic drama. The Black Phone didn’t leave a similar impression necessarily. Still, in building out these characters, I could see an emerging story that didn’t need the Grabber to be more involving. That’s neither here nor there, but in terms of the horror atmosphere, I liked what this director was building up even before we entered the most dangerous lair for a child. 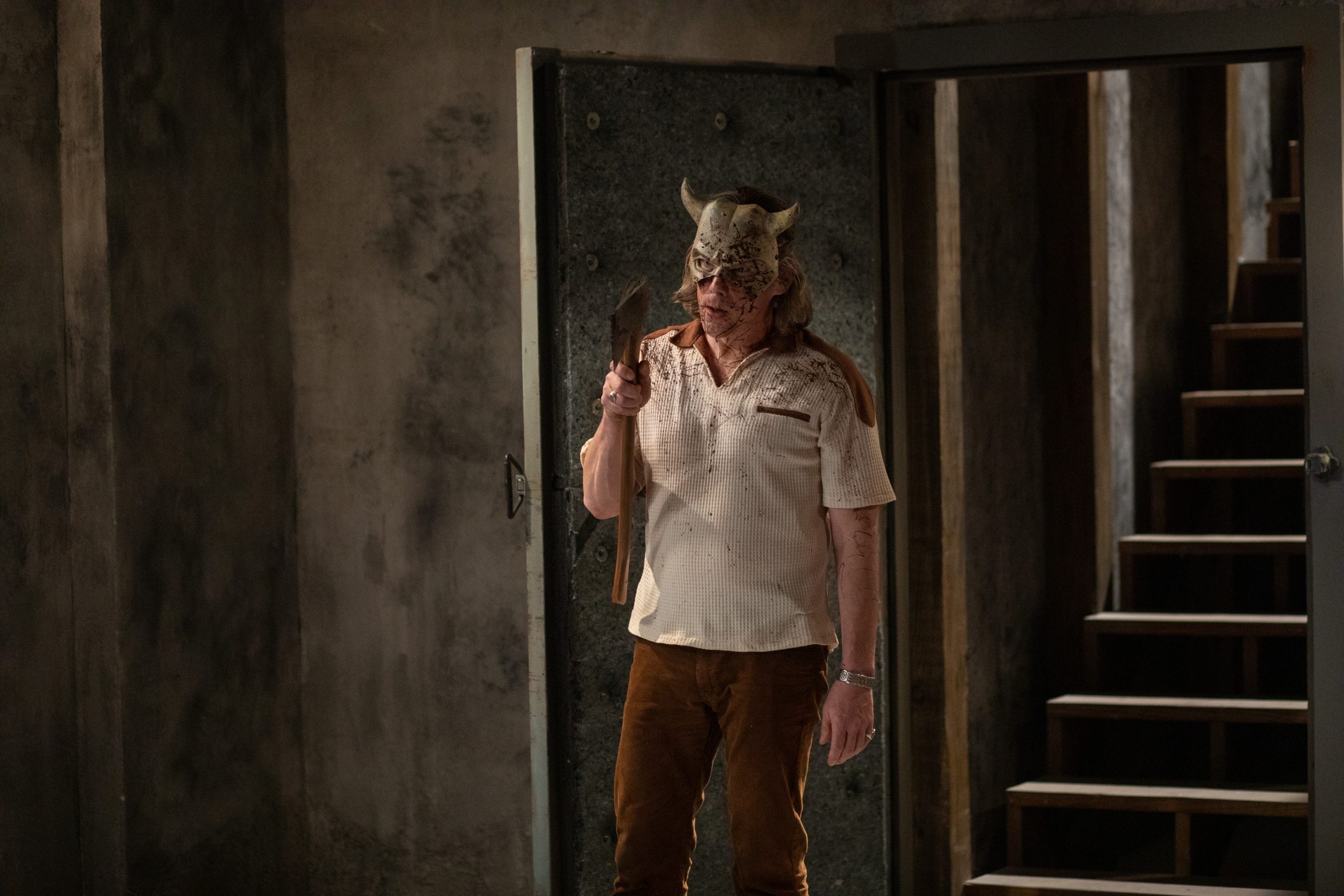 Bringing it back to the simplicity, I did appreciate having a few different setups to imply certain actions and letting the film subvert expectations to some degree or add other obstacles to keep the excitement going. There are risks taken as far as the actions of some characters, but nothing egregious enough to throw me off the track of this film. If anything, given how the turns and twists of The Black Phone play out, I’m only curious if the movie will be as effective on subsequent viewings the way other true horror classics are.

For what it’s aiming for, however, The Black Phone is a well-enough crafted tale full of suspense, a couple of genuine jumps, and the right kind of scary imagery to stick with the viewer. The kid performances are pretty good here, which is as important as it is for Hawke to deliver on his devilish presence. Of course, just doing enough to unsettle audiences should be the goal, but the film more than delivers on a reason horror fans should be picking up the phone and making the right call to check out this movie. 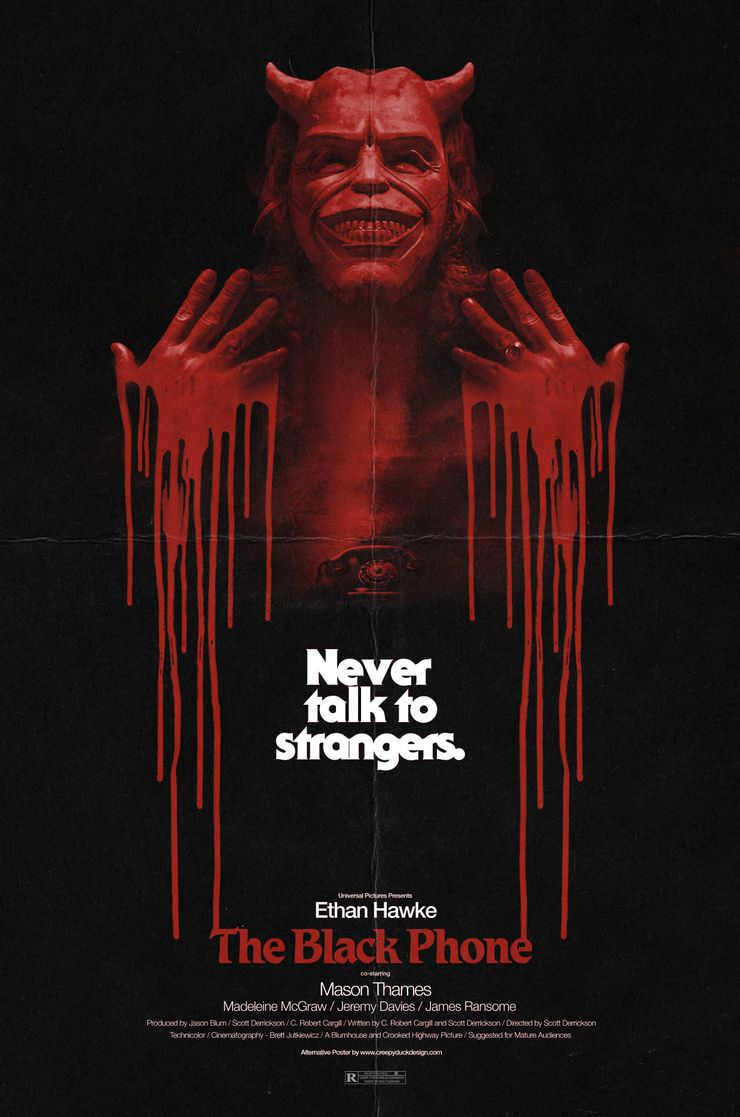 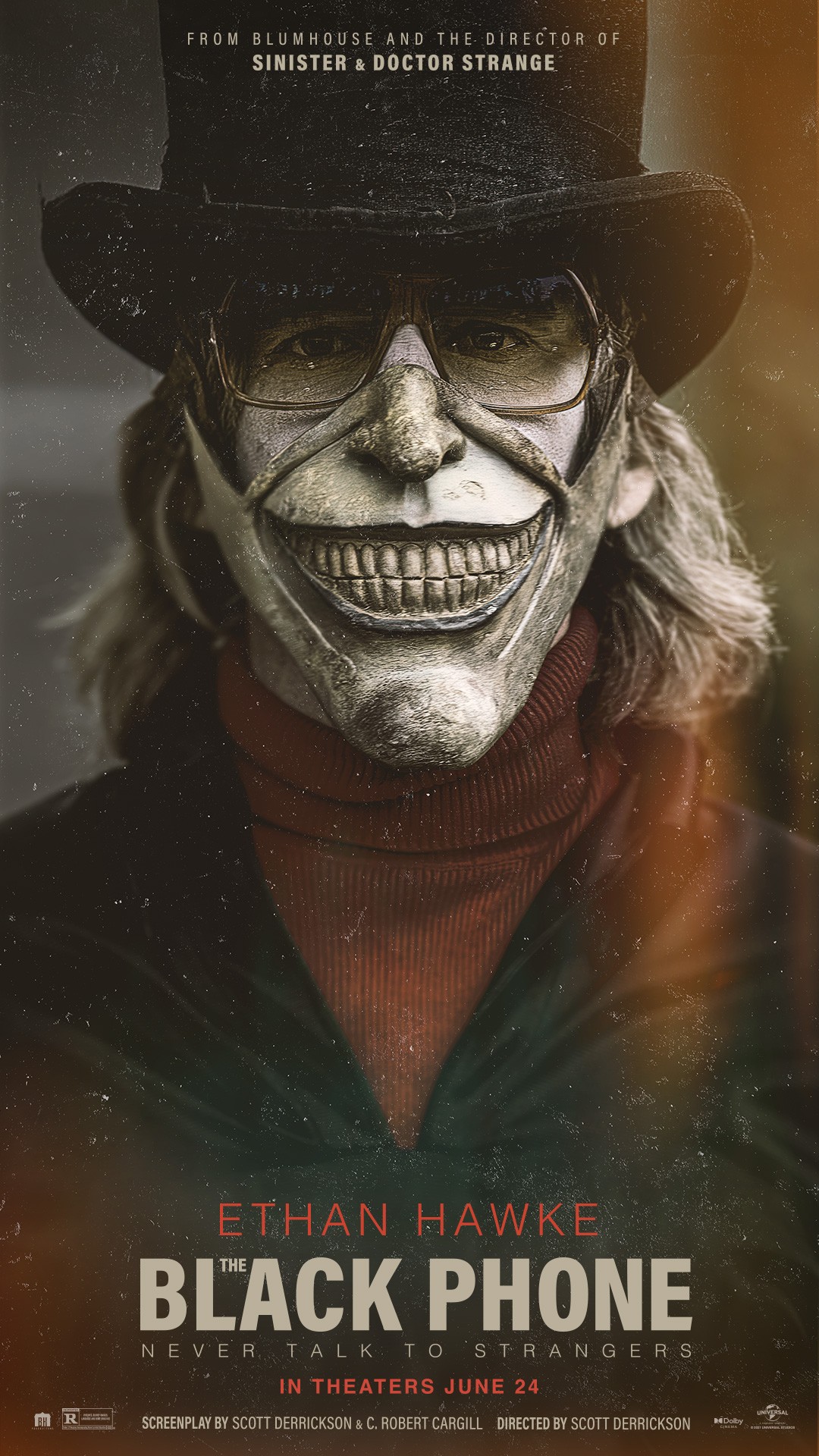 Ethan Hawke and Denzel Washington Will Reteam for “The Magnificent Seven”
March 2, 2015 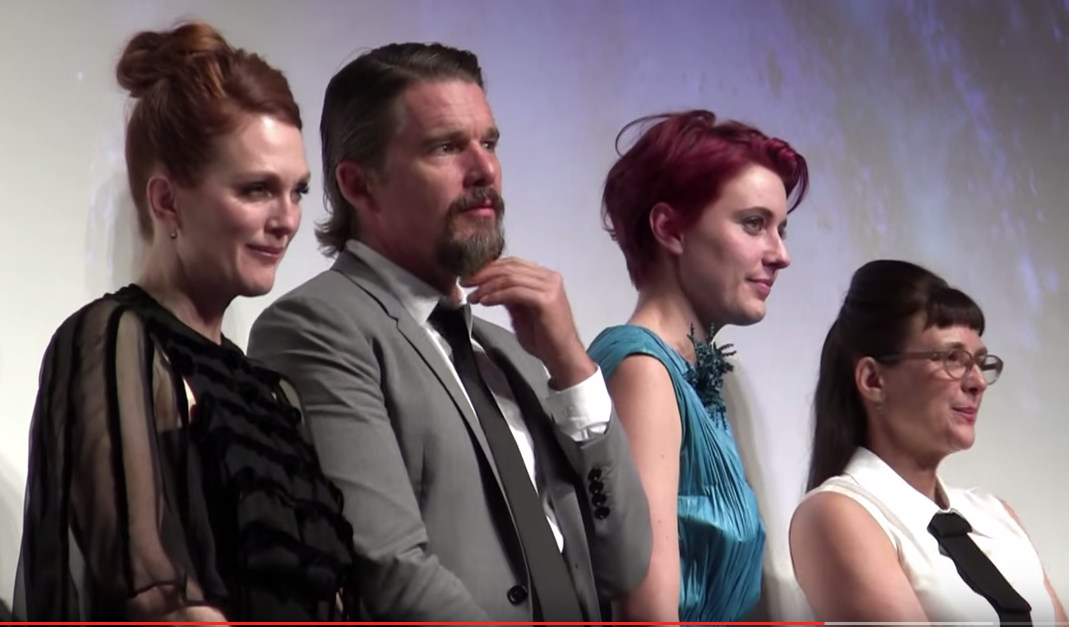 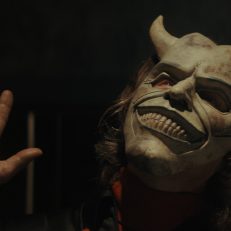 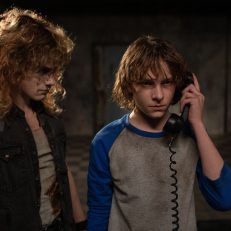 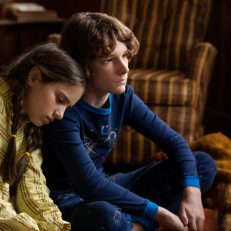 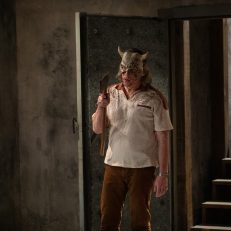 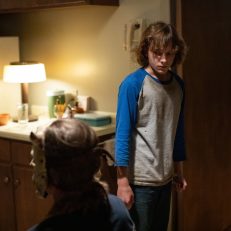 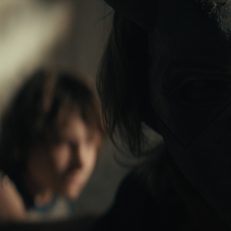 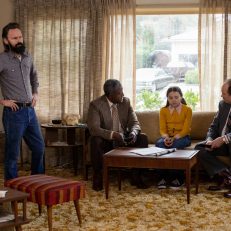 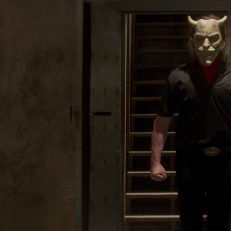