The first few months of 2017 have been an utter goldmine for suspense and thriller films. Between Split redeeming many years of mediocrity for director M. Night Shyamalan and Get Out’s psychological and social satire, there’s been no more perfect time for the genre. Adding to the trifecta is the highly underseen thriller, A Cure for Wellness.

Directed by Gore Verbinski (Pirates of the Caribbean: The Curse of the Black Pearl), A Cure for Wellness follows Lockhart (Dane DeHaan), a young and ambitious executive who’s been provided one simple task. Venturing halfway across the globe to the Swiss Alps, Lockhart is required to deliver his missing senior partner Pembroke (Harry Groener) back to New York for an important business merger. When Lockhart arrives deep into the remote Swiss countryside, he finds that Pembroke has taken residence at an idyllic wellness center. The facility is haunting, however purposefully remains an outlet for wealthy individuals hoping to find a cure.

Initially, Lockhart expects Pembroke to be handed over without a fight by just laying down the law. It’s not a smooth release as the facility refuses to waver from their rigid visiting hours. An unexpected incident turns Lockhart’s stay from a few mere hours into days. He quickly realizes that he himself has become a patient as well. The atmosphere of the wellness center begins to take on its true colors once Lockhart begins digging around for answers.

A Cure for Wellness has no problems hammering home the fact that Verbinski prefers a lengthy narrative. His Pirates of the Caribbean trilogy ended on a nearly three-hour swashbuckling climax. Likewise, his rendition of The Lone Ranger nearly crossed a padded 150-minute run time. A Cure for Wellness is in the same ballpark, testing audiences for 146 minutes of a suspenseful slow-burn. Think for it along the same lines as Kubrick’s The Shining or Scorsese’s Shutter Island. Moving at a leisurely pace, A Cure for Wellness maneuvers through its terrifying labyrinthine maze with such investment that we can forgive some over-indulgence.

DeHaan’s Lockhart isn’t exactly a likable protagonist when we first meet him. He’s the ambitious millennial, driven by the cutthroat ideals of corporate America and groomed for instant results. Like his more seasoned colleagues, he’s painted as a workaholic with very little down time. Even when lead facilitator Dr. Volmer (Jason Isaacs) insists that there’s something wrong with him, he brushes it off as his personal health plays second fiddle to his career. Revolutionary Road screenwriter Justin Haythe stretches this message from start to finish that there are individuals who inflict themselves in such a manner.

As the film progresses, A Cure for Wellness dive bombs into a long stretch of detective work. Lockhart obtains clues from various residents, but nothing adds up as the local stories begin to conflict with one another. Some of the information given is pieced together rather quickly, though the screenplay holds plenty of its cards to the climax. In the meantime, audiences are left pondering plenty of the film’s greater themes. It’s one of those films that demands multiple engaging viewings, particularly when it comes to way the screenplay unfolds.

As you’re drawn into the world of A Cure for Wellness, you can’t but help and greatly admire Bojan Bazelli’s (Pete’s Dragon) enrapturing cinematography. It calls upon the oxymoron, “horrifyingly gorgeous” as many of these scenes feel like a piece of art coming to life. It’s just the circumstances that get under your skin in the most spine-tingling fashion. The exterior scenes around the castle emerge as spacious. While many times indoors you’ll feel claustrophobic and holding your breath around each and every turn. It’s unquestionably a visual feast injected with terror.

Kubrick’s The Shining had its fair share of naysayers back in 1980, yet now it’s considered to be a classic. A Cure for Wellness feels equally as misunderstood and disconnected from general audiences. Deliciously bizarre, there’s something to greatly praise about A Cure for Wellness’ journey into the psychological and macabre. Flooded with the Gothic overtones, its social statement manages to be as equally timely as Get Out. 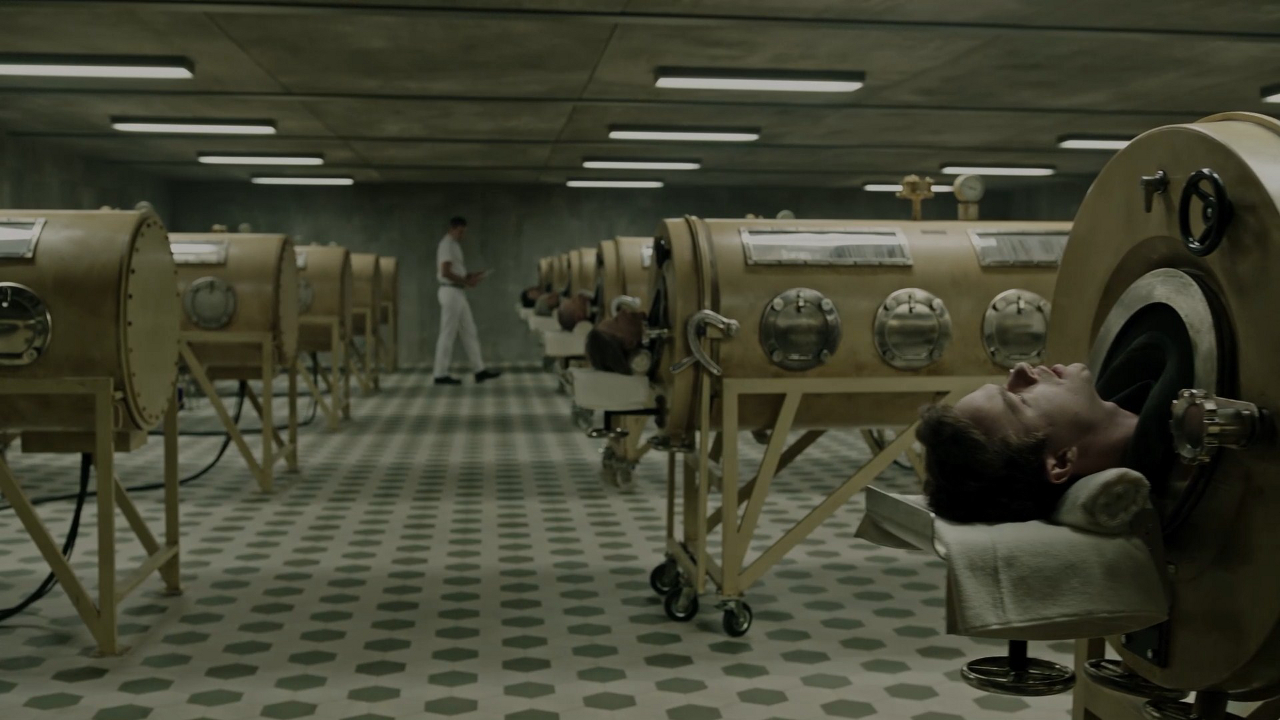 A Cure for Wellness comes to us from 20th Century Fox Home Entertainment. Its 1080p transfer is gorgeously detailed, highly the triumphant cinematography of Bojan Bazelli. It’s not a very colorful film in an external or internal setting, centered around a more neutral tone. Still, the level of detail is impeccable and never compromised. The Swiss countryside around the castle is hauntingly gorgeous. The interiors bring out their own beauty in a claustrophobic maze.

The audio for A Cure for Wellness is equally as solid. The DTS-HD Master Audio 7.1 provides an atmospheric vibe to the film. It’s not exactly an audio-heavy film. Much of the film relies on dialogue and creepy noises here and there. The audio track satisfies both of these, providing a coherent and immersive track. The only time this goes beyond basic sounds is a car crash near the beginning of the film.

Fox offer a minimum of supplements for A Cure for Wellness. As expected, viewers can revisit the trailers as well as a small featurette on Benjamin Wallfisch’s score. Three “Meditations” are also available, each running little over two minutes. The highlight of the disc is the deleted sequence “It’s Wonderful Here.” Many of the shots from the trailer stem from this deleted sequence and make the narrative more coherent. At the same time, it’s understandable why it was cut. It reveals too much for keen eyes. 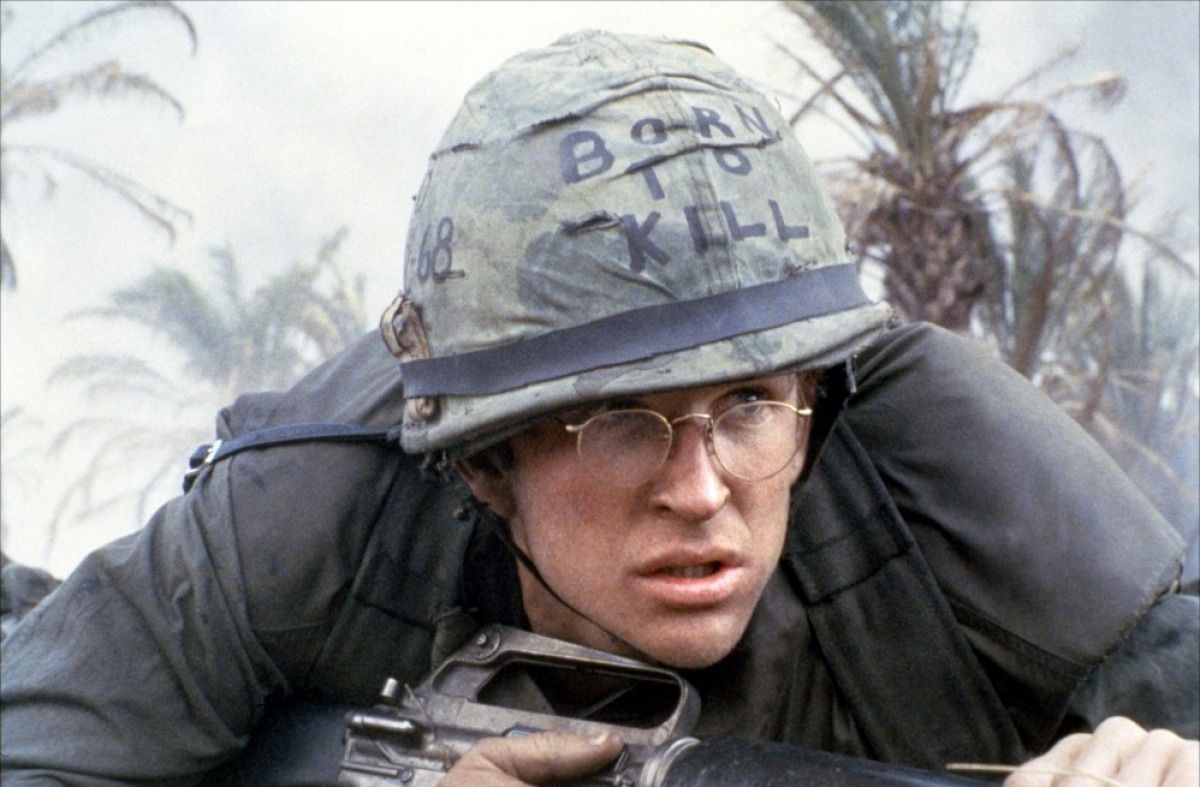 Blu-ray Review: ‘A Cure for Wellness’ is a Fine Dose of Mesmerizing Terror