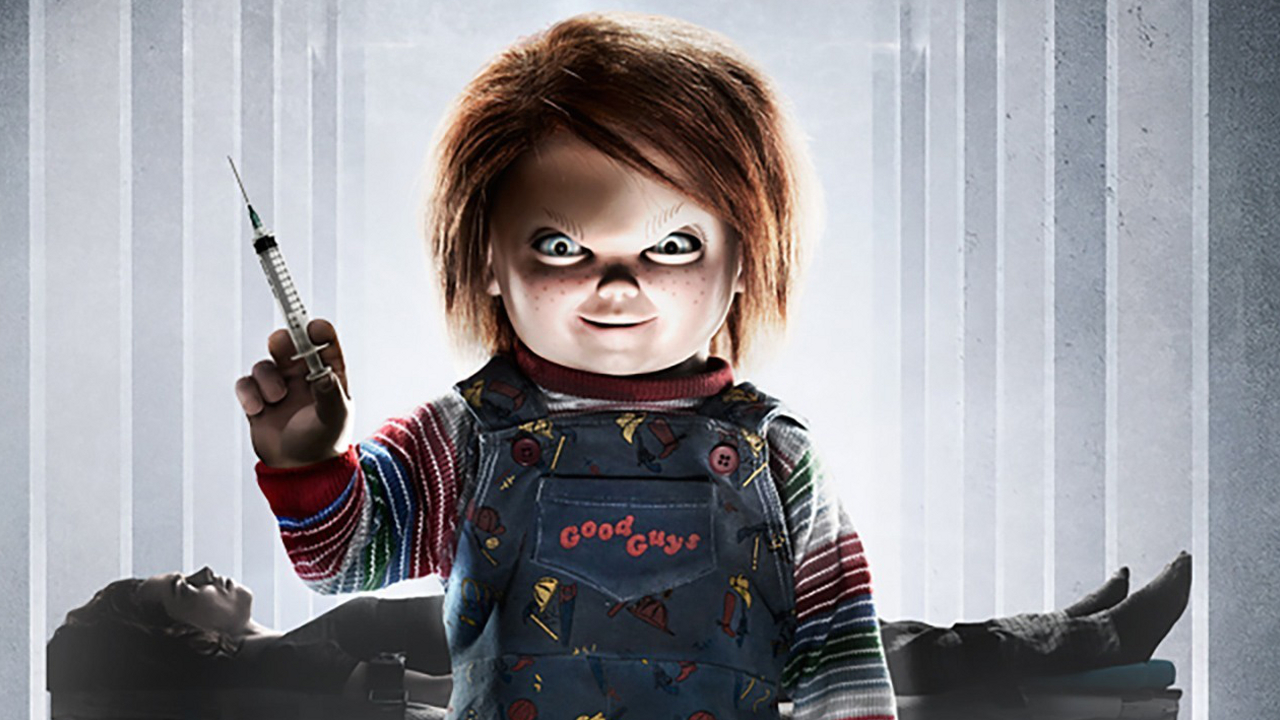 For nearly 30 years, Chucky has been a staple of the slasher genre alongside Freddy Krueger, Jason Voorhees and Michael Myers. Yes, our pint-sized foul-mouthed, knife-wielding killer doll has carved out his own legacy (no pun intended) over the years. But while Freddy, Jason and Michael have fallen victim to studio reboots and retcons, writer-director Don Mancini’s vision from 1988 is as ever prevalent today in Cult of Chucky.

Picking up four years after the events of Curse of Chucky, Nica (Fiona Dourif) remains institutionalized. In the previous film, she was framed by Chucky for killing her own family. Years of therapy have altered her perception, now believing that she did commit the murders. Chucky was nothing more than a physical representation of her guilt. Sure, the murderous doll gets off scott-free. This “progress” allows her to be transferred to a less secure facility.

The horrors of Chucky quickly plague Nica at the new facility. During a group therapy session, Dr. Foley (Michael Therriault) introduces a seemingly familiar Good Guy doll to the group. Harmless, right? Nica freaks out at the sight of the doll. However other inmates treat the doll different. Madeleine (Elisabeth Rosen), still living with the guilt of infanticide, treats the doll as her very own child. Another patient (Marina Stephenson Kerr) acts as if she’s dead, yet is able to converse with the diabolical Chucky.

Cult of Chucky gradually moves its wheels getting to the splatterfest we’ve come to expect from the franchise. Much of the first 45 minutes is navigating through the sterile facility and into the psyches of our main patients. Nica is never convinced that everything is all right. And while we expect Chucky to strike at any moment, we left questioning who or what is in on this titular cult.

Like Curse of Chucky, Cult stays true to the roots of the original trilogy. Off-the-rails installments like Bride of Chucky and Seed of Chucky still factor into the overall scheme, but Mancini reels in this latest chapter for the best. Cult of Chucky prides itself on its tongue-in-cheek horror, which can never be taken too seriously. It’s 90 minutes of a possessed killer doll wreaking havoc in a mental asylum. Case in point. Regardless, if you’re a veteran of the franchise, you’ll have a greater appreciation for what Mancini is accomplishing with Cult of Chucky.

For the second film in a row, Fiona Dourif holds her own as Nica, though she’s more dazed and drugged up this time around. She remains a serviceable adversary against her dad Brad Dourif, who is voicing the demon doll for the seventh time. Brad Dourif is always a delight as the voice of Chucky. Balancing humor with his foul-mouthed menace, Dourif has the character down pat after three decades. Though, Cult of Chucky does push the envelope just a bit further for Dourif.

An adult Andy (Alex Vincent) finds himself in a more prominent role this time around. Curse of Chucky treated his character along the lines of post-credit fan service. Here, it’s slightly more than that, albeit breadcrumbs to a more satisfying showdown down the road.

But the greatest plus to emerge from Cult of Chucky is the technical work on the doll. The practical advancements in puppetry and animatronics are bloody good. Subtleties in lip movement and grasping a scalpel from a drawer are just the tip of the iceberg of how lifelike Chucky has evolved since Child’s Play.

After seven installments, Cult of Chucky is a hell-raising collision course of terror that goes above and beyond its straight-to-DVD release. Chucky keeps its knife sharp in Cult, even when other slasher franchises fell off the wagon after countless sequels. 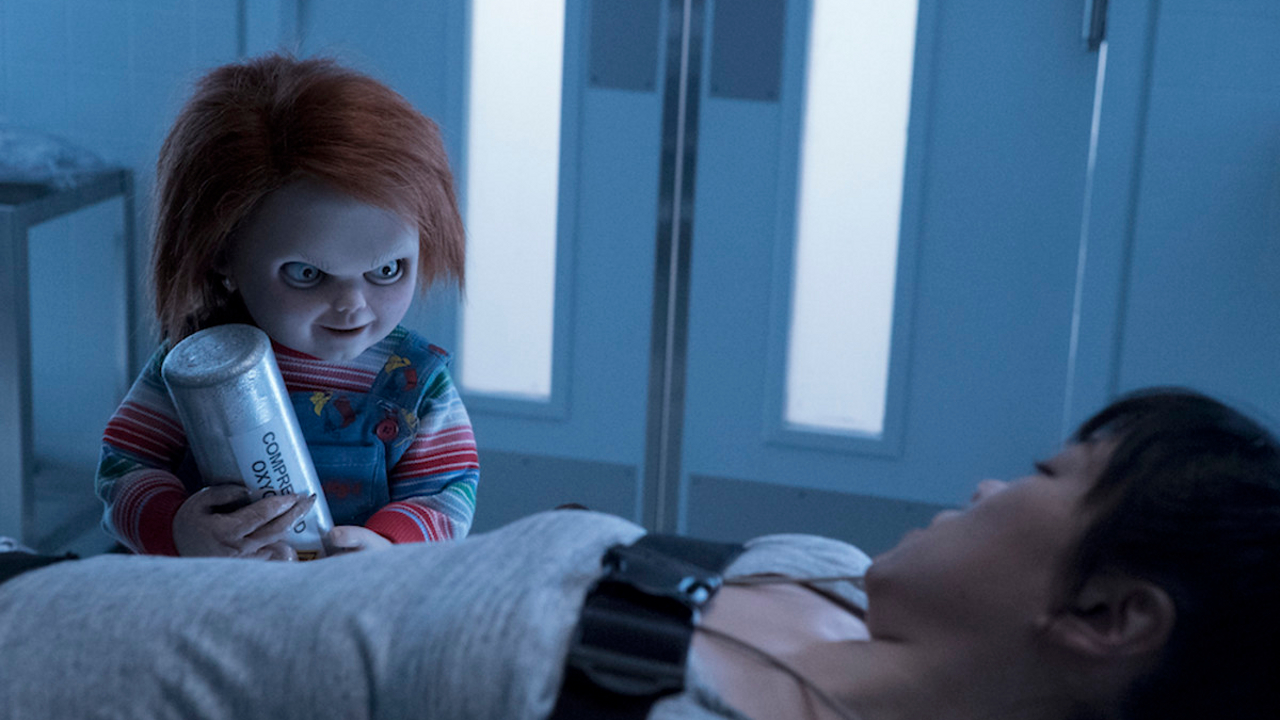 Universal Home Entertainment is presenting Cult of Chucky in an engaging 1080p transfer. Blood is heavily saturated throughout the film. However as much of the film inside of a mental asylum, there is a predominance of sterile whites. Regardless, detail is of top priority here. Chucky himself is greatly detailed down to the textures of his doll clothing.

The DTS-HD Master Audio 5.1 track is solid throughout. Dialogue is clear and coherent. Though, the highlight here is when Chucky’s weapons of choice take center stage. Whether it be a noisy drill or shards of glass, the audio track delivers the goods when it counts.

Cult of Chucky offers two cuts of the film – a Rated as well as Unrated. There is less than a minute’s difference between the two versions. For supplemental materials, Universal Home Entertainment added a decent amount of bonus content. There is five minutes worth of deleted scenes, including Nurse Carlos Sells Photos of Nica, Madeleline’s Prescription and Carlos Makes Amends. Inside the Insanity of Cult of Chucky explores the overall production of the film. Good Guys Gone Bad: The Incarnations of Chucky highlights how the Chucky doll is operated. The Dollhouse is an overall opinion of the franchise by cast and crew. There is also an audio commentary by Don Mancini and puppeteer Tony Gardner.