The Sexbots Strike Back in ‘Ghost in the Shell 2: Innocence’

1995’s Ghost in the Shell has immensely resonated with anime culture for the past two decades. Masamune Shirow’s vision is a breathtaking achievement that constructs an overly philosophical canvas in the midst of a cybernetic world. 2004’s Ghost in the Shell 2: Innocence finds itself as an equally, perhaps even more challenging exercise for its audience.

Three years have passed since the events of the original film. Major Motoko Kusanagi has vanished on the Net, leaving no signs since her fusion with another cybernetic entity. Her partner, Batou (voiced by Akio Ōtsuka) has found it near impossible fill her void out in the field. A less-cybernetic Togusa (voiced by Kōichi Yamadera) is tolerable for the hardened operative. As Innocence opens, the duo is dispatched to investigate a murder-suicide committed by a malfunctioning gynoid (sexbot).

Like the first film, Ghost in the Shell 2 demands much more from a philosophical standpoint than its occasional guns blazing shootouts. The mystery element remains first and foremost as we attempt to uncover as to why these sexbots are murdering their owners. Early in the film, there’s speculation that these dolls feel unwanted and replaceable once their owner desires the latest upgrade. However, Batou and Togusa quickly learn that other similar murder-suicides are caused by more sinister intentions.

Writer-director Mamoru Oshii treats Ghost in the Shell 2 not quite as a direct sequel, but rather a loose continuation of the narrative within the same realm. In the 1995 anime, the Major’s exploration of her own existence propelled the heavy-handed philosophical discussion. Innocence sets Batou and Togusa on a more external journey, moreso questioning the “man as a machine” thought relating to the gynoids. Oshii doesn’t however shortchange Batou. Despite his cybernetic programming feels more human when Oshii introduces his family life – more specifically his beloved dog.

Later on in the film, Batou and Togusa confront a notorious hacker in his “doll house.” It’s here where the philosophical overtones require the greatest detail of attention. One begins to wonder the difference of reality and fantasy. How can either be proven? Are genetics simply a memory bank of history? And the lingering questions about life, death and consciousness riddle its audience with relentless inquiry. Even after multiple viewings, quotes from Confucius, Buddha, Descartes, Milton and the Bible dropped throughout tread on intellectual overload. It’s easy to deem it pretentious, but there’s a methodical approach at hand here.

Visually, Ghost in the Shell 2 is a technological upgrade over its predecessor. While the 1995 film relied more on cel animation, Innocence emerges as a peculiar hybrid between cel and CGI. Like the anime itself, the approach feels very experimental. The cel animation looks as sharp as ever for its time. However, the sequences that rely solely on CGI stick out much more. It’s been 13 years since the anime’s release and the technological advancements then are more dated now in 2017.

Ghost in the Shell 2 is roughly 20 minutes longer that its predecessor. It’s not the brisk, fast-paced narrative we experienced the first time around. That time’s spent more on its tumultuous intellectual waters rather than a dependency on set-pieces. Don’t get me wrong, Innocence has its bloody-good showdowns, but there’s more brains here than brawn. Should we expect anything short of that? The Major’s predominant presence will be missed by some audiences, but Batou and Togusa do their job as adequate replacements.

Duplicating the triumphant masterpiece that is Ghost in the Shell was an impossible task for director Oshii. Nine years earlier, that anime broke new ground and remains one of the benchmarks of the genre. Ghost in the Shell 2 is simply a smart, dazzling companion piece to the 1995 original. 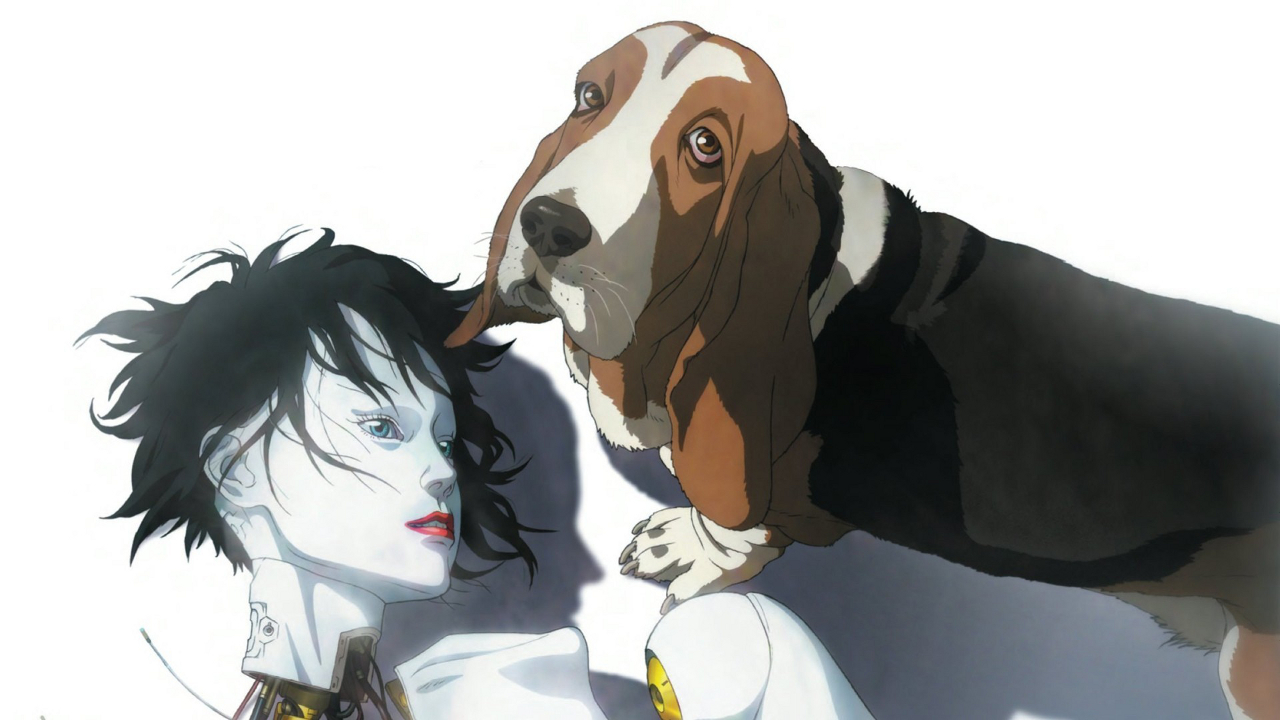 Ghost in the Shell 2: Innocence comes in a fairly solid 1080p transfer. As mentioned in the review, the anime is a combination of cel animation and CGI. The transfer is fine, focusing on confident black levels. CGI does appear dated, but that doesn’t affect the overall transfer of this anime.

FUNimation offers Innocence with both English 5.1 Surround and Japanese 5.1 Surround tracks. For purist, the original Japanese track is preferred option. And unlike the Bandai release, the FUNimation version utilizes actual subtitles rather than a glorified closed-captioning. Dialogue is coherent, which is a necessity since this is a detailed screenplay that demands your entire attention. Action set-pieces are well-balanced, particularly the initial sexbot murder-suicide and the finale.

Unlike the Mondo steelbook for the original film, FUNimation offers plenty more supplements. There are trailers as well as The Making of Ghost in the Shell 2: Innocence. Commentary tracks are provided by director Mamoru Oshii and animation director Toshihiko Nishikubo. For an anime that has taken a while to reach the US due to rights issues, the wait was well worth it.

Review: ‘Escape Room’ Plays in a Dull and Derivative House of Horrors
January 6, 2019