Prep for Trek’s 50th Anniversary with ‘The Wrath of Khan’

Ask any Trekkie which Star Trek movie is their all-time favorite and I guarantee the most popular answer will be Star Trek II: The Wrath of Khan. There’s no reason why it shouldn’t either. From its memorable game of wits and revenge arc with the villainous Khan to its tearjerking climax, The Wrath of Khan remains to this day, the apex of 50 years of the Gene Roddenberry’s sci-fi mythos.

Off the heels of 1979’s Star Trek: The Motion Picture, which I might add is equally as lethargic as the vastly superior 2001: A Space Odyssey, Khan veers in a more familiar direction. The sequel returns to the glory days of when Star Trek wasn’t just entertaining television, but tackled thought-provoking hot topics as well. Almost 15 years past the Original Series, Admiral James T. Kirk (William Shatner) struggles with a mid-life crisis, unsatisfied with be relegated to a desk job position rather than jumping around the cosmos.

Kirk is thrust back into the action, helming his beloved Enterprise, only to cross paths with his old enemy, Khan (Ricardo Montalban) and his crew who recently escaped a desolate wasteland. The genetically-engineered superman is out for blood after Kirk exiled him in the Original Series. For die hards of the show, Khan is the ultimate villain, who relies more on his vast intellect in outmanuevering Kirk than his physical strength. Not once in The Wrath of Khan does he have a one-on-one physical showdown, now more blatant in contemporary Trek films. Instead, it’s Montalban’s delivery, who’s relishing every moment of vengeful villainy, that carries the showdown.

The main cast is all back including Leonard Nimoy’s Spock and DeForest Kelley as Dr. McCoy and while the series has never prided itself on its top-notch acting, particularly Shatner, it’s fairly cut and dry what to expect from a Star Trek movie. Even if you’ve never considered yourself a Trekkie, The Wrath of Khan transcends its franchise as a staple of must-watch sci-fi. Despite all the technobabble and Trek lingo, at its core is rock-solid adventure brewing a thematic pursuit of vengeance, facing death and rebirth. For a more contemporary audience, Khan progresses a bit slower throughout its near two-hour runtime, building up to action sequences rather than sprinting to a major set piece.

Nearly 35 years after its release, the visuals, while groundbreaking for 1982, haven’t lost their luster over the years. The majority of Khan takes place on claustrophobic starships, but the space battles still appear fantastic. The climactic confrontation in the Mutara Nebula between Kirk’s Enterprise and Khan’s vessel is a superb naval battle in space. Combine that with the late James Horner’s triumphant score and the end result is absolute magic.

If you haven’t revisited Star Trek II: The Wrath of Khan in a very long time, do so it’s one of the classics and undeniably the great offering in the entire franchise. And for those looking for a few extra character moments, a Director’s Cut is now available. The additions aren’t an absolute necessity, nor do they slow down the film’s pacing. 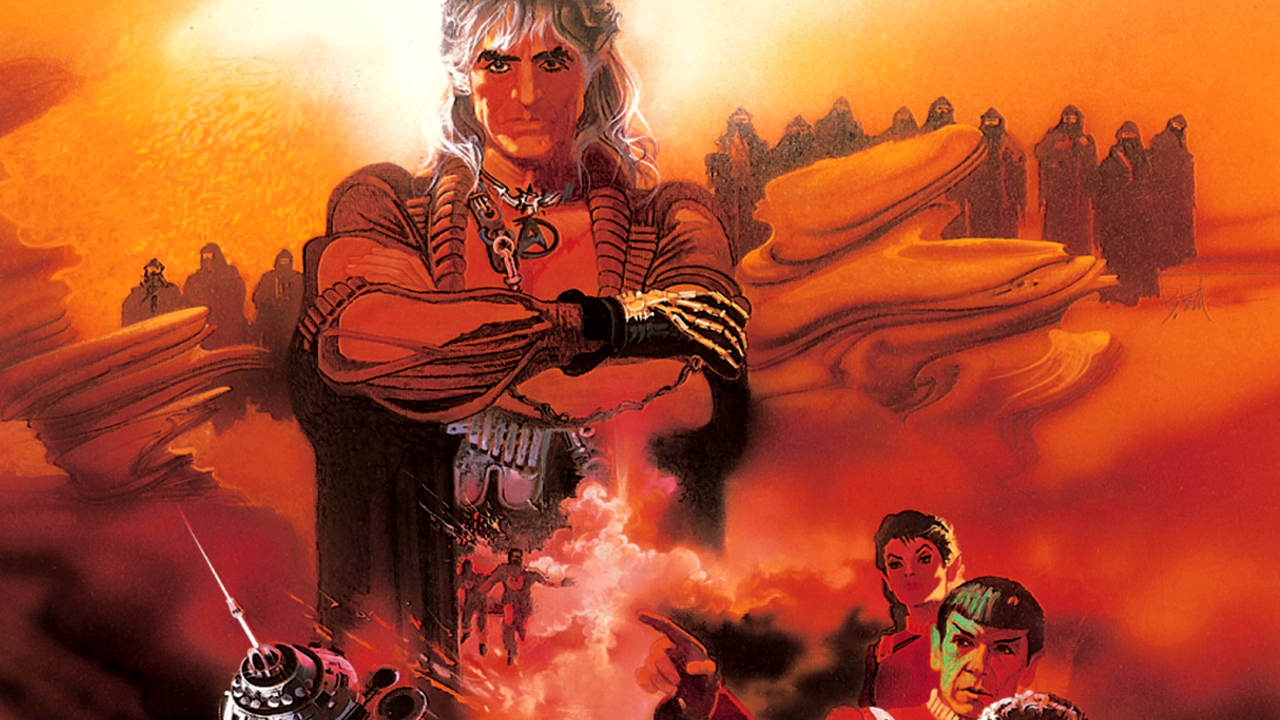 Paramount Home Entertainment was released Star Trek II: The Wrath of Khan several times before on Blu-ray, but with a new 4K remaster, the 1982 film has never looked better. The 2009 Blu-ray release wasn’t nearly as pristine as this release as the Director’s Cut edition highlights even more details, including more accurate Starfleet uniforms to interior and exterior set locations. Some of the space battles, including the Mutara Nebula climax are the weakest in the visual upgrade. The color palette feels more like the DVD rather than the more muted Blu-ray. Still, it feels like watching The Wrath of Khan for the very first time.

With so many studios releasing Blu-rays with bare bones, it’s a pleasant surprise that Paramount Home Entertainment went all out for Star Trek II: The Wrath of Khan – Director’s Cut. This disc is loaded. First of all, viewers can select which version to watch, including the 113 minute theatrical version or the 116 minute director’s cut. As I stated earlier, the three extra minutes add minor character moments, but don’t drastically alter the overall story experience. Two commentary track are also present by director Nicholas Meyer (Director’s Cut and Theatrical) and Meyer and Manny Coto (Theatrical). In addition, there is a tribute to Ricardo Montalban, a theatrical trailer, storyboards and other featurettes to round out the disc.