It’s been 15 years since The Simpsons made their big-screen debut and even longer since shows like South Park and Beavis and Butt-Head made similar ventures. Now, it’s Bob’s Burgers’ turn. The Emmy Award-winning (formerly Fox) 20th Television Animation series is currently in its 12th season and has maintained a strong following centered around the Belcher family. Could a feature film adaptation provide an enhanced look at what this series can offer and win over new fans craving more of Bob’s Burgers? Fortunately, there are enough laughs, music, and heart to sustain this entertaining adventure, even if it’s not quite as good as the show’s best episodes.

Just as with the show, the movie centers on the Belcher family – Bob (H. John Benjamin), his wife Linda (John Roberts), and their children Tina (Dan Mintz), Gene (Eugene Mirman), and Louise (Kristen Schaal). Bob runs a burger restaurant (which the family lives above) in a seaside community in South Jersey. Kicking off the plot is a ruptured water main, which creates a sinkhole right in front of Bob’s Burgers. This couldn’t have come at a worse time, as Bob needs to make a loan payment, but no customers can come in. As they deal with the issue, the kids find themselves engrossed in a murder mystery that may or may not connect to how to save the restaurant.

Of course, anyone familiar with the show will already be aware of the Belchers’ personality types. Like the series, however, the film has an assuredness in its standalone nature that doesn’t require any newcomers to have a great degree of knowledge regarding the series. As a casual fan, it’s not as though I felt ahead of the game by picking up on specific references. Similarly, being aware that I haven’t seen every episode, I didn’t find myself struggling to keep up with the nature of these characters or the types of things they were involved with.

Familiarity aside, the real concern for any kind of big-screen event for a TV series is whether or not the story being told merits this sort of treatment. From that standpoint, even while acknowledging that part of Bob’s Burgers’ charm has always been how low-key it is (mixed with its idiosyncratic sense of humor), it does feel as though the adventure these characters go on warranted an extended runtime. It helps that each main character is given a chance to shine, with the kids, in particular, experiencing character arcs. Add to that some fan-favorite characters, particularly Felix and Calvin Fischoeder (Zach Galifianakis and Kevin Kline), who factor into this story heavily, and there’s plenty to work for a movie.

If anything, The Bob’s Burgers Movie seems to have no real desire to evolve Bob and Linda. Granted, they’re adults, and is there a way to actually have these two grow as characters? As it stands, Bob, Linda, and their best customer Teddy (Larry Murphy) accomplish plenty in their efforts to keep the restaurant afloat. Would having some deep focus on who Bob and Linda are really add to this film? I’m not so sure. The Simpsons Movie, for example, made the choice of making Homer more notably mean-spirited than the show to give him a character arc for the film, and I can’t say that was the most successful choice.

However, something that remains true to Bob’s Burgers and for the characters in this film is the sense of optimism on display, thanks to how directors/writers Loren Bouchard, Bernard Derriman, and Nora Smith respect their creations. Part of what makes Bob who he is comes down to how much he tends to worry. And yet, his wife, let alone his children, always look to what’s possible and attempt to forge ahead. Even as they bicker, this is a fiercely loyal family unit, which is well-reflected in the film’s most exciting moments and ones that call on more nuance. It’s appreciated, especially when Bob forces himself to spring into action when called upon (even if he knows his odds for success are low).

But what else makes this film worthy of being more than triple the length of an episode? The animation gets a bit of an upgrade here. Sure, it retains the 2D animation style and character models as seen in the show, but with a budget and the choice to build things out a bit more, one can see the efforts to expand the scope. There is clearly more 3D modeling of the environments on display, helping to accommodate more large-scale moments reflecting the cinematic nature of this particular Bob’s Burgers outing.

Additionally, the music is key. Series composer Tim Davies is afforded the opportunity to bring in an orchestra and add more enjoyable melodies on top of a series that has always been game to entertain a variety of songs and jingles. If anything, the only issue is that this comedy-mystery-musical feature peaks with its first song, as far as the soundtrack is concerned. Again, the music throughout is pretty wonderful, and it’s not exactly emphasizing itself as a musical feature, so it’s not a huge loss. At the same time, each Bob’s Burgers episode concludes with a new musical arrangement, so I would have thought we’d get more out of this feature. I guess I’ll have to save those expectations for The Bob’s Burgers Musical.

The other element of note – this movie is very funny. Sometimes the laughs come from dry deliveries or cute gags, as opposed to huge comedy moments, but that is the thing that has always placed Bob’s Burgers more in line with the sensibilities of Fox’s King of the Hill, as opposed to The Simpsons or Family Guy. Regardless, I felt I was smiling throughout, as the film has a lot of good-natured humor, plenty of running jokes, and a voice cast that knows how to deliver.

It’s also worth noting how that cast commitment does plenty for appreciating the Belchers as a family unit. I mentioned their continuous optimism, but when thinking of Schaal’s efforts to convey Louise’s discomfort over people criticizing her bunny-eared hat, for example, watching the film find ways to build humor and emotion out of this is the sort of thing that makes this cinematic effort worthwhile.

From where I sit, The Bob’s Burgers Movie goes down like a tasty, grilled treat thanks to having all the right ingredients. Even if it’s not the best meal I’ll ever have, the reliable things that I like are all present, with a slight upgrade thanks to the setting. The film presents the family as we know them, with a good collection of gags, a story that kept me involved, and enough heart to make it even more worthwhile. So, true to the spirit of the restaurant, it’s not just the food but the weirdos around you that make for a satisfying experience. 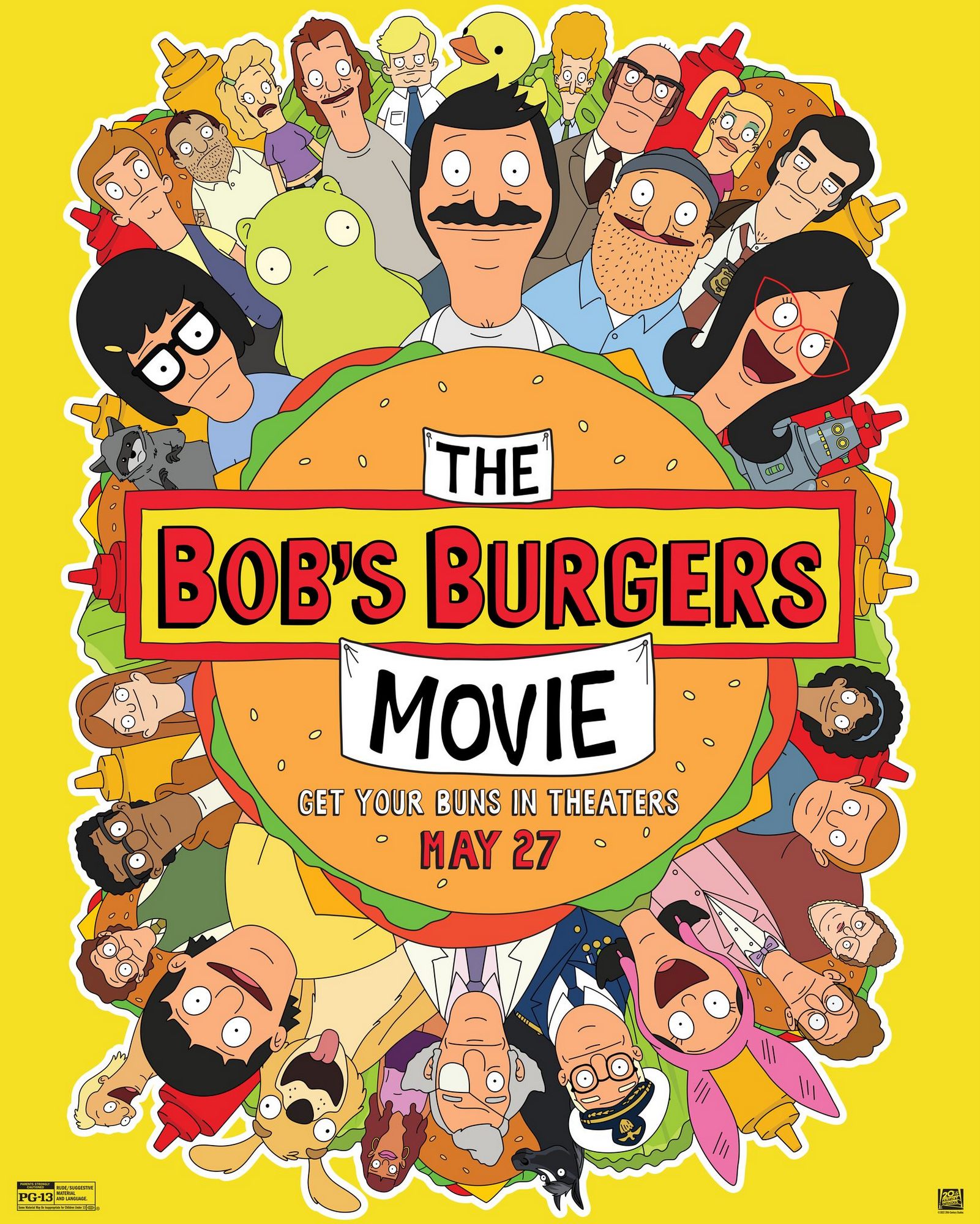 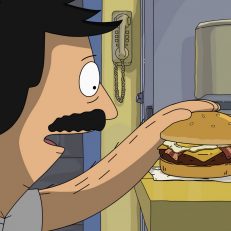 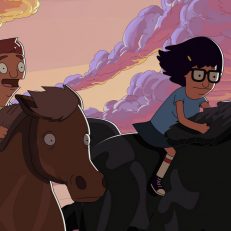 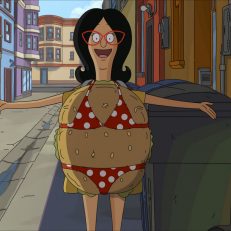 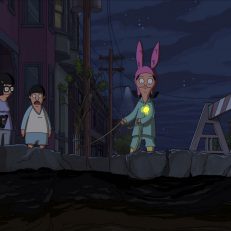 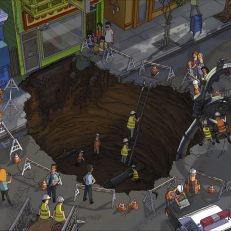 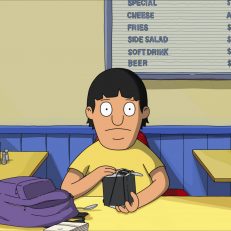 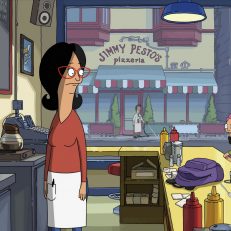 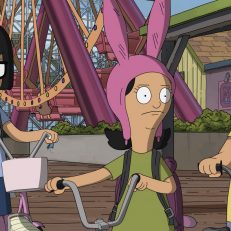