The basketball coming-of-age story is not new — we’ve seen this time and time again — from Blue Chips to Coach Carter to Above the Rim to Sunset Park and everything in between. They’ve all got the elements needed to make a classic basketball drama — a young man with a chip on his shoulder who’s got a lot to prove and is trying to better his situation, there’s a little romance, family drama, a cross-town rivalry, a moment in time when the star player realizes that it’s not just about him, but the team and an intense game where the score is settled, and the rivals shake hands. And now, writer/producer/restauranteur/actor Eddie Huang (Fresh Off the Boat) is added to the genre with his directorial debut Boogie.

Written by Huang, the film tells the story of Alfred Chin, a.k.a. “Boogie,” an 18-year-old Chinese-American who dreams of one day playing in the NBA (a rarity for Asian-Americans). But first, he must overcome the cultural stereotype that Asians can’t excel at sports (basketball in particular), the family tension between his mom, dad, and himself, his cross-town rival (played by the late Pop Smoke), the long road to secure a full-ride and roster spot at an elite college and his own temper. 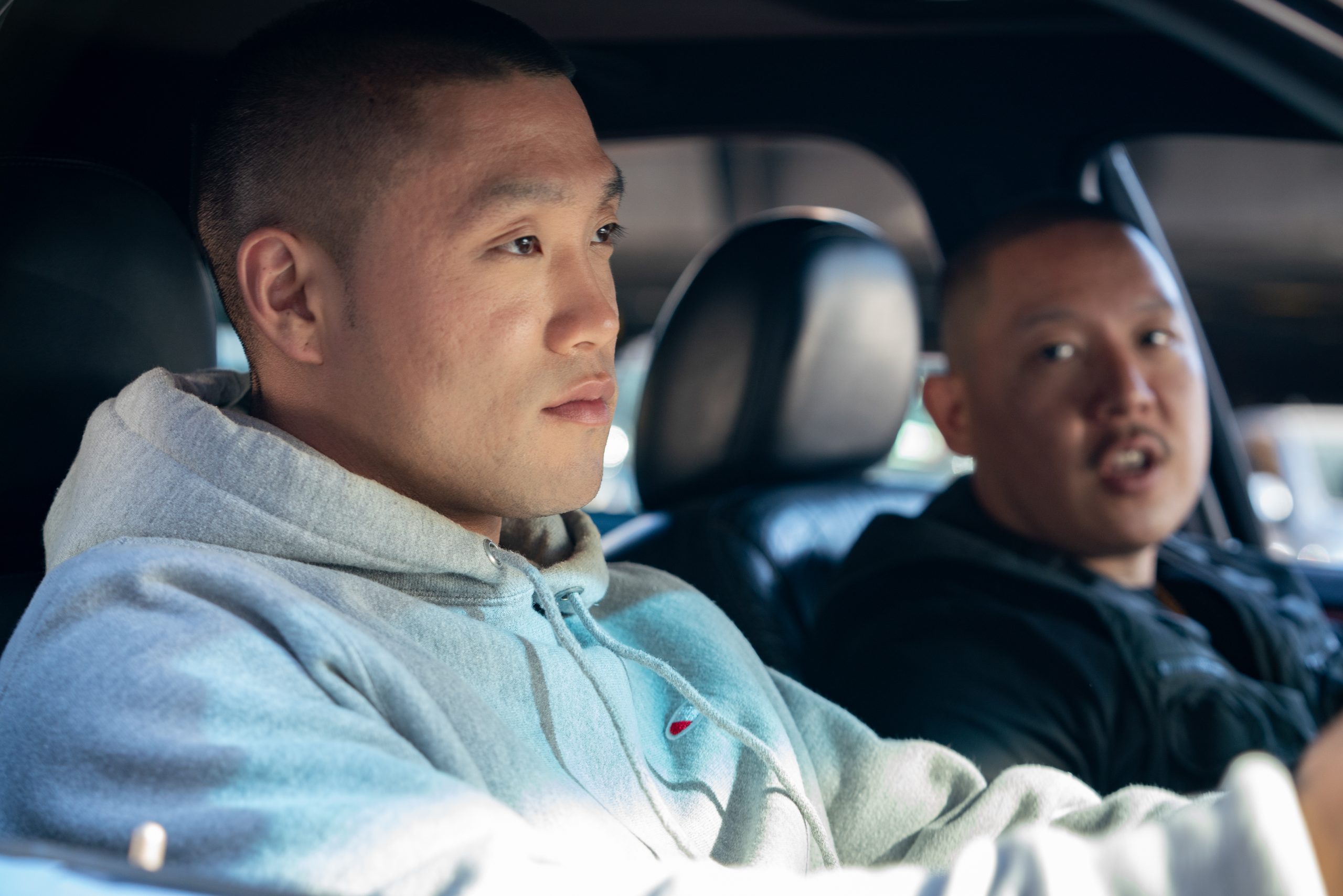 In his signature style, Huang makes Boogie an intimate family drama with comedic overtones and while really shining a spotlight on the lives and traditions of Chinese-American and Queens (Queens really shines and gets to come alive on the screen, almost like another character, in this film). In the film, Boogie is the new student on a struggling basketball team. But his parents transferred him here so that he could play opposite one of the best players in the state, Monk (Pop Smoke), and really shows his skills as a player. While trying to navigate high school life and the college scholarship track (with the help of the Chinese recruiter hired by his mom), Boogie is also juggling his new relationship with his classmate, the headstrong Eleanor (Taylour Paige), and his parental strife at home.

At its heart, Boogie is a film about the complexities of family dynamics, but without being overly melodramatic. Huang uses the wellspring that is his own personal experience to draw from and give voice to the Asian immigrant and first-generation American story. The film touches on generational differences of immigrant families and the burdens of expectations (as a first-generation, minority college student, I could definitely relate here), as well as holding on to your cultural heritage and traditions versus assimilating into “American” or more Western culture. I also loved how Huang took a jab at the American education system and how many students (minorities in particular) cannot relate to the characters and stories in the books that are often assigned reading in high school.

Boogie does have good use of light and close-ups to make the film more visually appealing, which worked in its favor. While this one is not autobiographical, Huang pulls from what he knows to write a specific and personal yet universal coming-of-age story — and he throws in all the elements of what makes a good coming-of-age sports story. But somehow, the overall film still misses the easy layup. 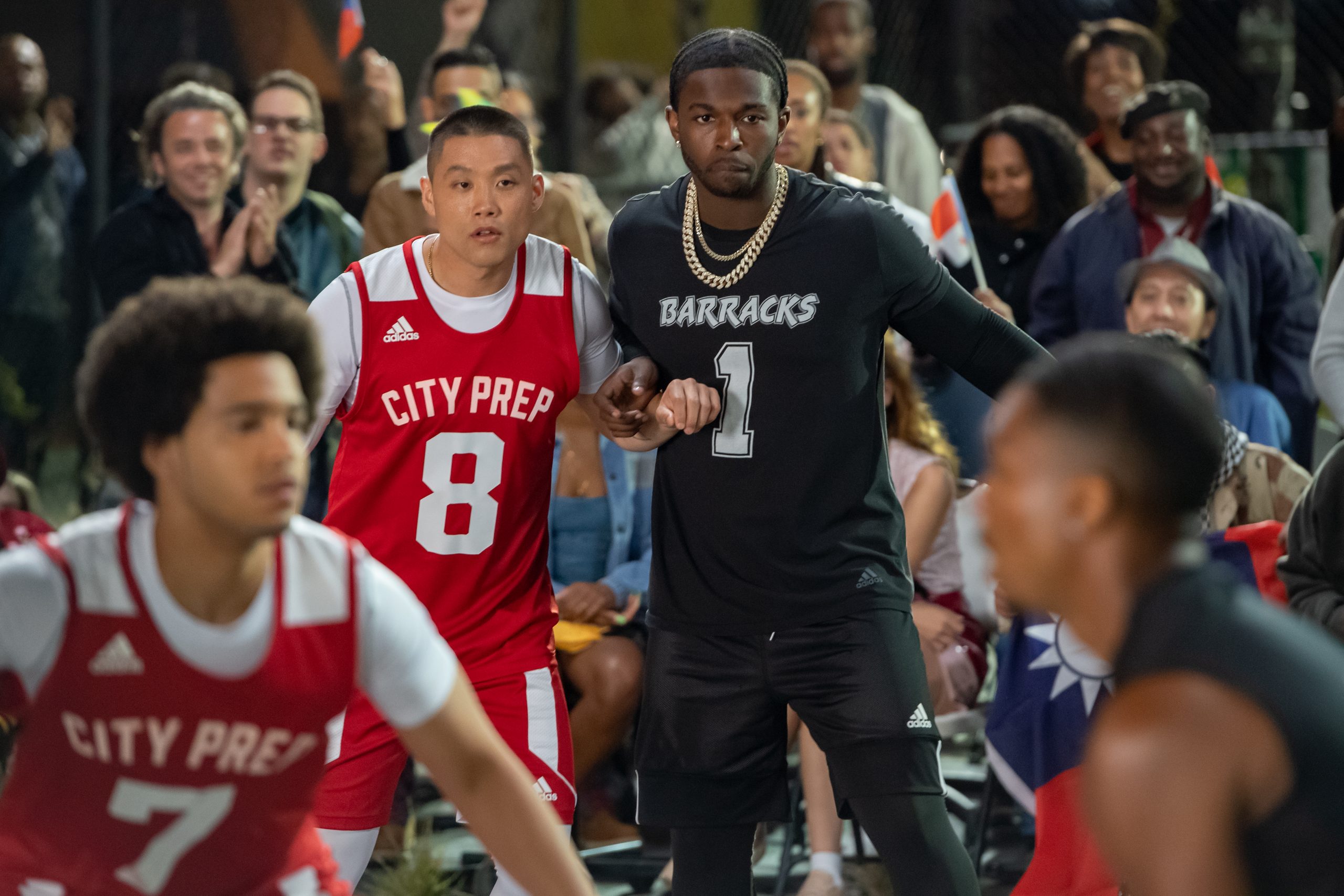 At times, the dialogue comes across a little iffy and heavy-handed in terms of the racial stereotypes/jokes in a way that is a little off-putting — the self-deprecating jokes often fell flat. But I did see what Huang did there with the food metaphors he incorporated into the script. But maybe the acting is to blame and not the dialogue itself. Sure, Pamelyn Chee and Perry Yung, who played Boogie’s parents, were great — they played well off each other and really enveloped their characters. Even Pop Smoke (who only made brief appearances) and Jorge Lendebord Jr. (who plays Boogie’s best friend) really stepped up the film’s game when they were onscreen. But for his directorial debut, Huang went with first-time actor Taylor Takahashi (Huang’s former personal assistant) to play the lead (and I was having a hard time believe Takahashi and Paige as high school seniors). Although he gave it a good try, most of the time, Takahashi’s performance was one-note and stagnant, and even his anger seemed forced. Even the basketball games that were supposed to have high-intensity and really draw the viewer in were boring and went on too long — as did the obligatory romance/basketball game montage in which the music didn’t quite fit. The film also had some pacing issues and just felt like they were trying to throw a lot of stuff in (from celebrity friend cameos to scenes taking jabs at influencer culture that really could’ve been cut) to make it work.

The premise and all the right elements were there, but it just didn’t gel together, and in the abrupt end, Boogie just bricked. 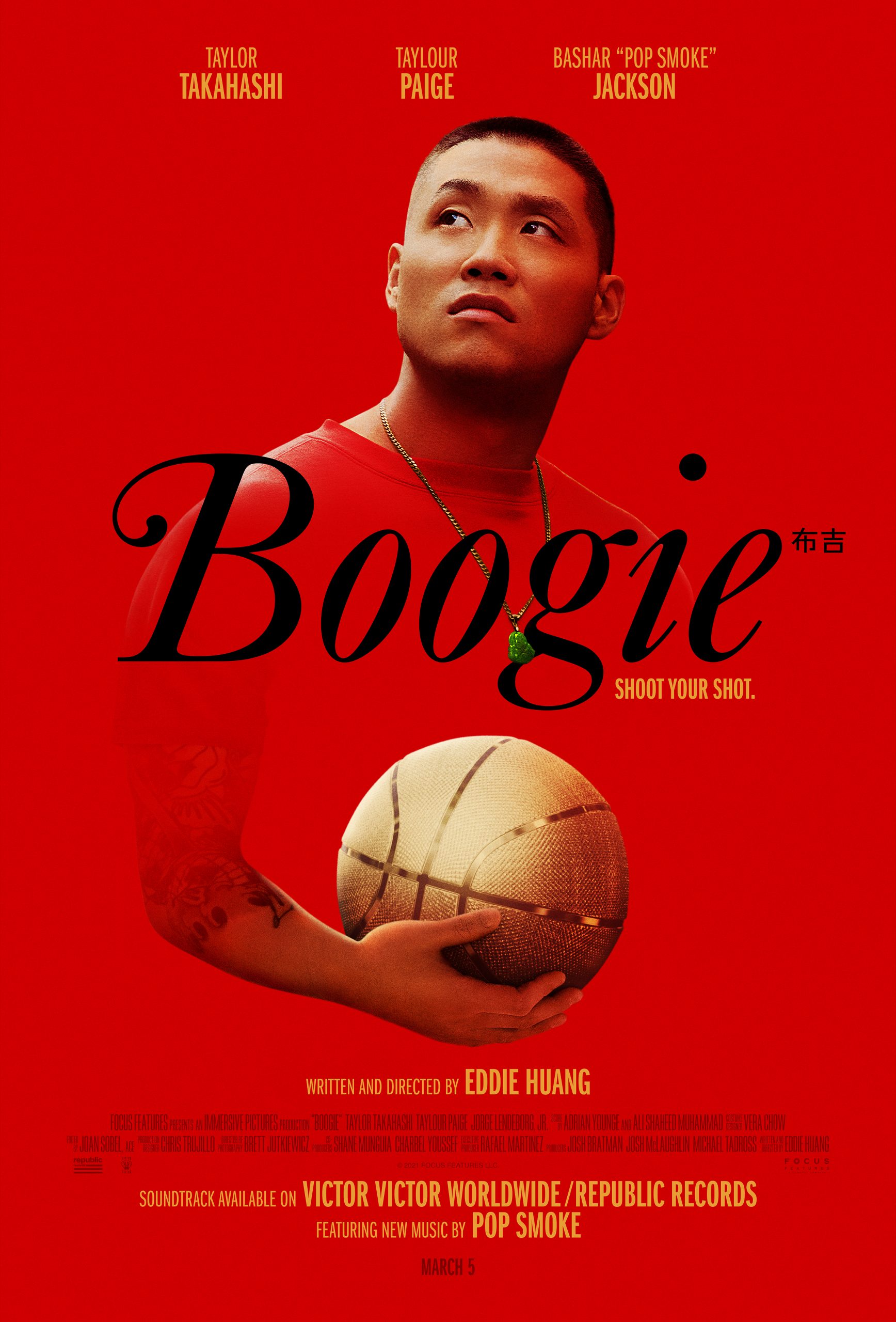 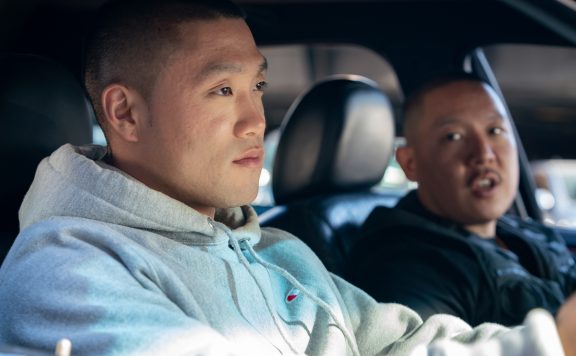 ‘Boogie’ Interview: Taylor Takahashi on his audition and representation
March 19, 2021 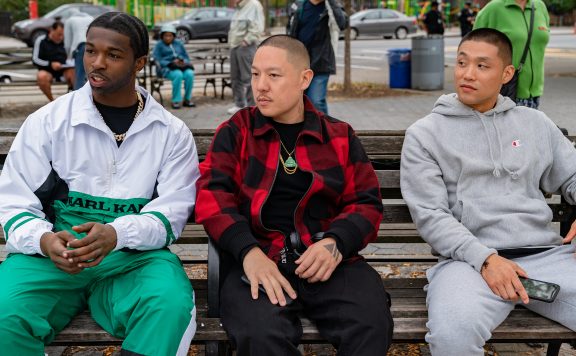 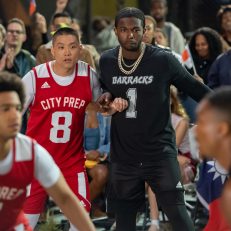 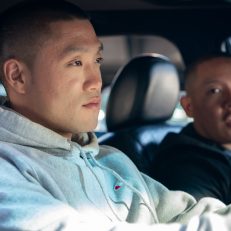 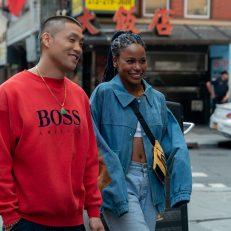 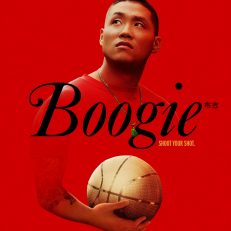