Kazakhstan might view Sacha Baron Cohen as a direct threat to its international reputation, but he is the closest thing we have to a global unifier in 2020. Nothing brings people together more than timely humor, and Borat Subsequent Moviefilm provides a relentless opportunity to cackle in disgust at the society we’ve become. Cohen’s brand of activism is far more effective than Michael Moore’s morose, conspiracy-driven political advocacy. People shut doors to fear, but they’ll open their eyes when incredulous realities are wrapped in hilarious packaging.

What makes this sequel as hard-hitting as its 2006 predecessor is how little interference is needed from Cohen and his team of producers. In fact, Borat fits into Middle American culture even better than he did fourteen years ago — his offensive nature is a godsend to bigots wanting freedom from political correctness and decency. Not only do they get to “be on television,” but they have found someone who can provide a soundboard for their anti-Democrat rants. Every cult follower needs outside validation now and again to ensure they aren’t a sucker for the cause. Cohen’s fabricated persona whips them into a frenzy with little effort. In Borat’s latest journalistic endeavor, he discovers that a Trump rally is a continuous state of mind. 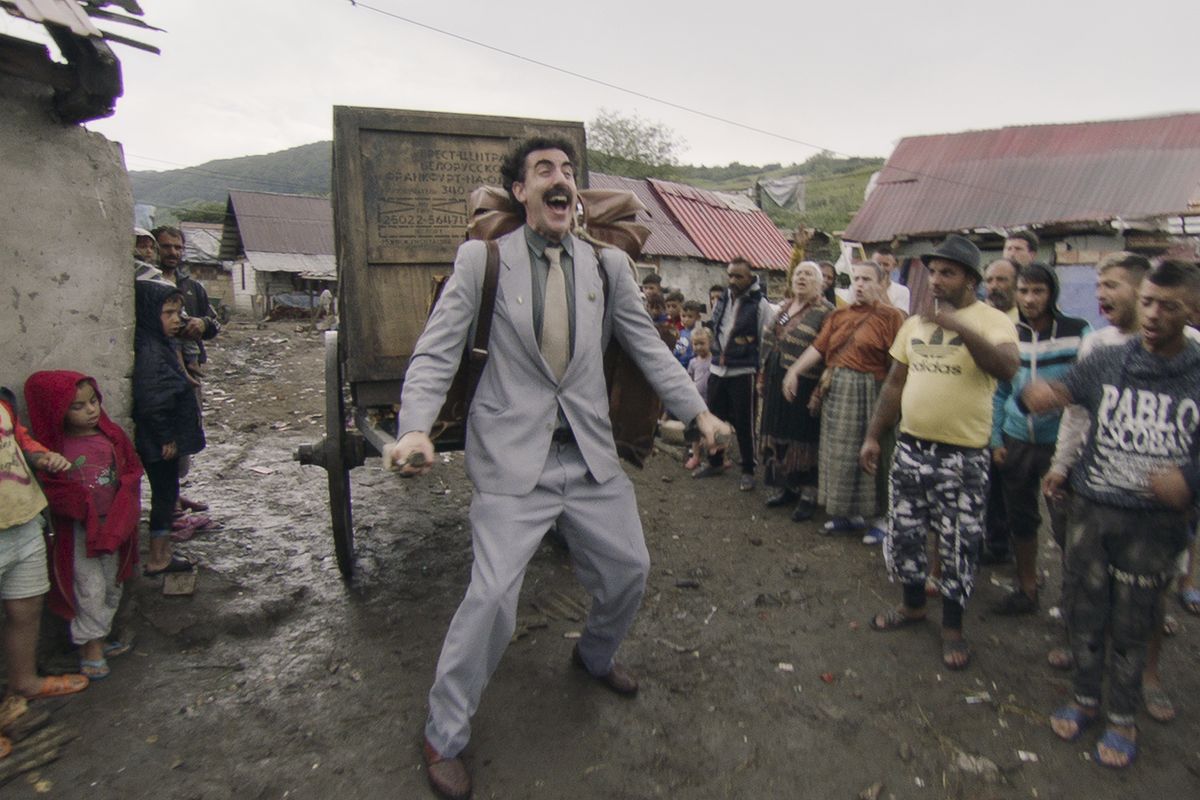 When Borat arrives, he unlocks Johnny’s cage and finds a disheveled Tutar looking up at him instead. Thanks to hours spent consuming fairy tale propaganda about ideal womanhood, Tutar is hot on the trail for some sugar daddies with political clout. Her role model is Melania Trump, rumored to live in the most beautiful golden cage one could imagine. For Tutar, there’s nothing more gratifying than supporting your elder husband while locked away until he needs you for public appearances.

Borat rears Tutar for an audience with Pence by enrolling her in a proper school for female etiquette. When things go awry — and some conscience and self-worth begins forming inside sweet Tutar — other suitors might have to be called upon for Borat to avoid execution. By now, everyone’s heard about former Mayor Rudy Guiliani’s compromising cameo, but the explanation does not do it justice. Whatever your reaction is, just know that the most shocked people were those in the room. While nowhere close to the mockumentary’s best scene, its bizarre unfolding will keep it a sizzling internet topic for weeks if not months to come. 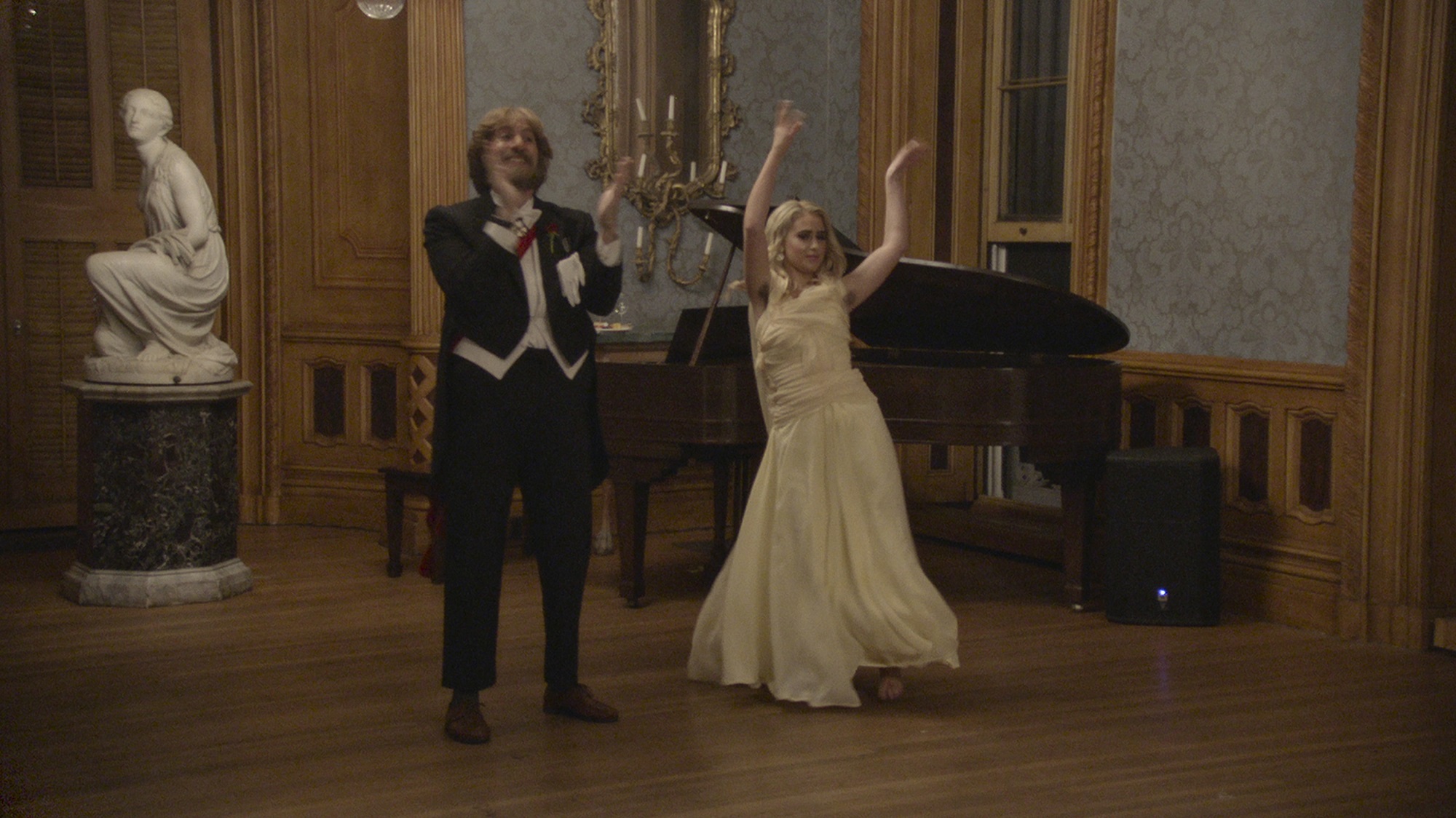 Some videoed subjects do offer glimpses of what a kinder America should look like. Wholesomeness in a sea of reproachful behavior can almost seem too good to be true. At times, extended interactions with these generous souls appear staged, though I don’t fault Cohen if he had to break character on occasion to ensure they don’t feel exploited. Unsurprising, it’s America’s most vulnerable who demonstrate true humanity in the face of adversity. Even though ludicrous scenarios are why we’re here, it’s the unexpected sentimental bits that show how much Cohen cares despite his ridicule.

A master showman of caricature, Cohen is less of a driving force for comedy this time around. Newcomer Maria Bakalova is the real international visitor with lasting impact, likely to be a regular on Saturday Night Live by late 2021. She commits to her role more than Cohen, convincing passersby that she’s a lost and confused teenager with wild cultural tendencies which don’t translate. Bakalova’s memorable, multifaceted performance elevates Borat Subsequent Moviefilm from a respectable sequel to the hands-down funniest movie of 2020.

Borat Subsequent Moviefilm is distributed by Amazon Studios and is currently streaming on Prime Video. 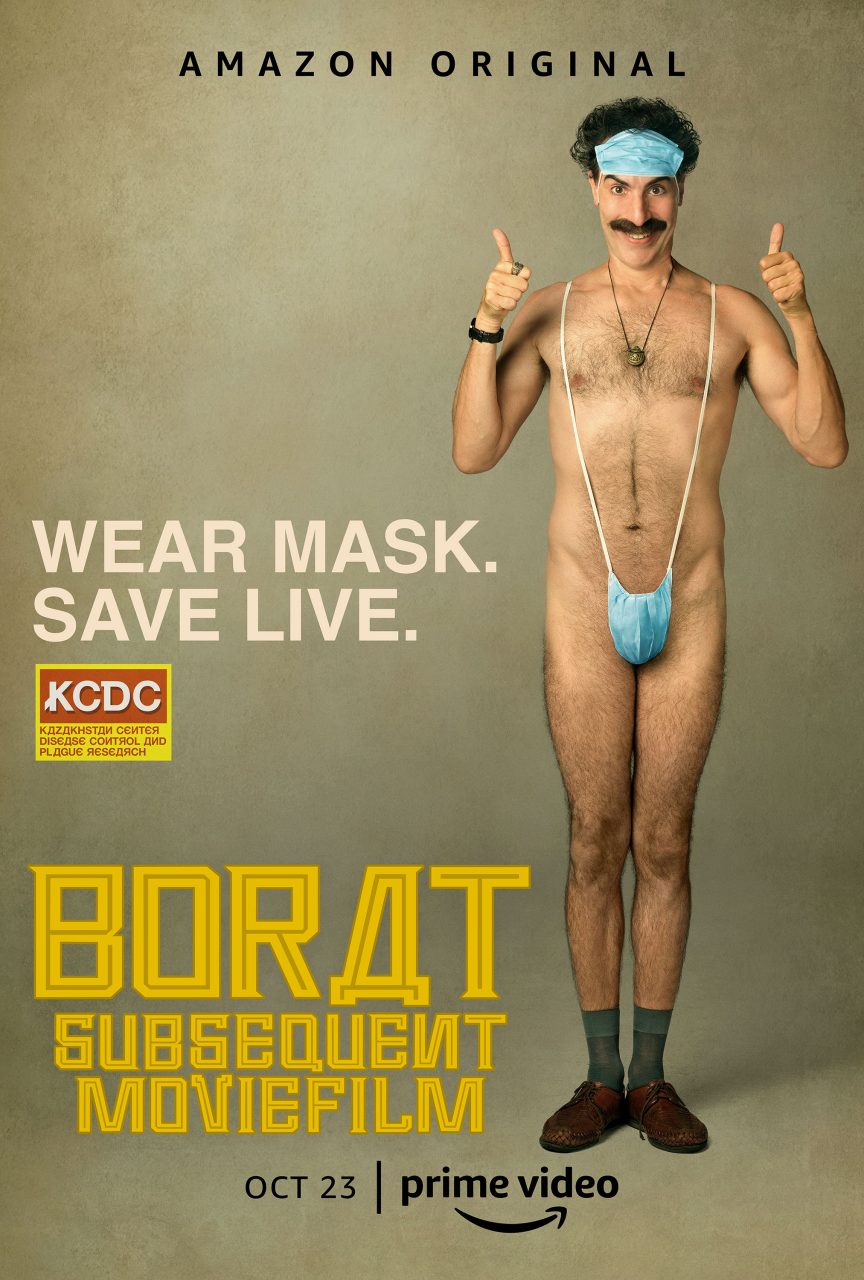 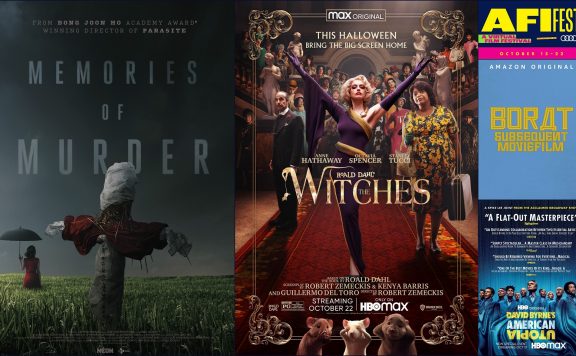