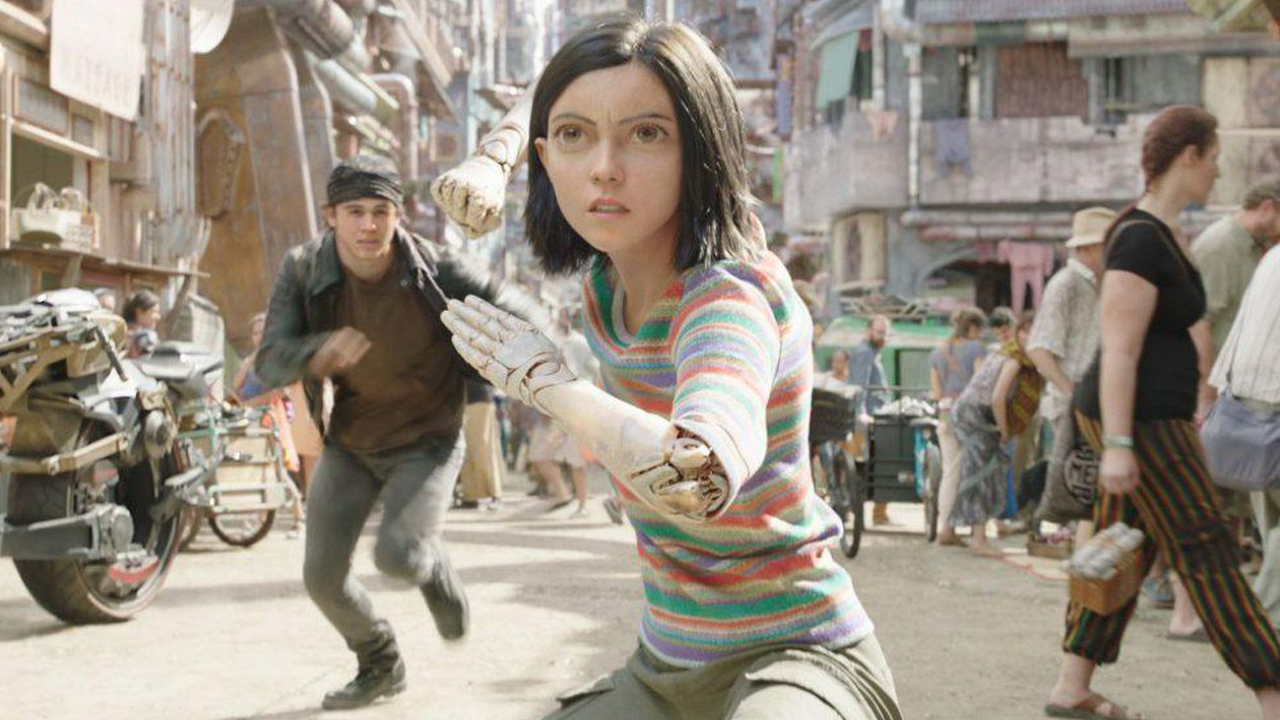 Robert Rodriguez’s Alita: Battle Angel topped the box office with an estimated $27.8 million. Since its Valentine’s Day opening this past Thursday, the sci-fi film stands at $36.5 million after four days.

Despite its release date being pushed back several times, Alita: Battle Angel found victory over Presidents Day weekend. For director Robert Rodriguez, it’s his biggest opener since 2005’s Sin City ($29.1 million). Thanks to a extended weekend, Alita: Battle Angel could be looking at least $40 million through Monday. It’s not the behemoth Black Panther was a year ago, but is certainly holding its own. Critics are mixed, currently rating the sci-fi flick a 58% on Rotten Tomatoes. Though, with only How to Train Your Dragon: The Hidden World as the only threat until Captain Marvel (March 8), Alita: Battle Angel may have a bit of life at the box office. Positive audience reception could push Alita: Battle Angel as Rodriguez’s biggest run since 2003.

Last weekend, The Lego Movie 2 opened way lower than expected with $34.1 million. The animated sequel made up a little bit of ground, bringing in another $21.2 million. Its 37.8% drop is second-best for the Lego franchise, only behind the first film (-27.8%). Both The Lego Batman Movie (-38.4%) and The Lego Ninjago Movie (-43%) declined harder. A $62.7 million 10-day total should guarantee a $100 million run. However, with How to Train Your Dragon: The Hidden World due out next weekend, legs won’t hold as well. A Lego Batman run aims for a $113.3 million finish. A Lego Ninjago run drops the finish down to $105.6 million.

Rebel Wilson rom-com, Isn’t It Romantic, has been lukewarm since its Wednesday debut. Considered a Valentine’s Day alternative to last weekend’s What Men Want, Isn’t It Romantic opened to an okay $14.2 million. Since Wednesday, the six-day cume is up to $20.5 million. Outside of the Pitch Perfect trilogy, Wilson hasn’t brought in the big numbers. How to Be Single opened to $17.9 million three years ago for a $46.7 million run. We could see similar results with her newest film. On the plus side, Rotten Tomatoes critics graded the rom-com a 69%. Decent legs could guarantee a floor of $40 million.

With the release of rom-com Isn’t It Romantic, When Men Want took a decent hit over the weekend. Down 40.1%, the gender-swapped remake of 2000’s What Women Want grossed another $10.9 million. However, that’s better than other February rom-coms. 2012’s This Means War dropped 51.6%, while 2016’s How to Be Single took a bigger 54.1% decline. With $36.2 million after 10 days in theaters, What Men Want is still tracking for a $50 million finish. That’s about on-par with many other rom-coms as of late. It’s rare to see a breakout like What Women Want, Bridesmaids or The Proposal nowadays. Then again, Crazy Rich Asians did break out last summer.

There was little to celebrate over at Universal and Blumhouse this weekend. Horror comedy sequel, Happy Death Day 2U, rounded out the charts over the weekend with $9.8 million. Since Wednesday, the sequel has made $13.5 million. That’s a steep drop from the debut of Happy Death Day back in October 2017. Opening with $26 million, the original didn’t exactly have legs, ending its run around $55.7 million. Happy Death Day 2U teases a potential third chapter, but demand is a huge question after this weekend. Generally, critics remained onboard with the sequel, scoring the film a 66% on Rotten Tomatoes. Like The Lego Movie 2, this is a case of well-received sequels performing much weaker than their predecessors. If Happy Death Day 2U plays like the first film, we may see a $26 million finish.

Opening Next Week: How to Train Your Dragon: The Hidden World, Fighting with My Family