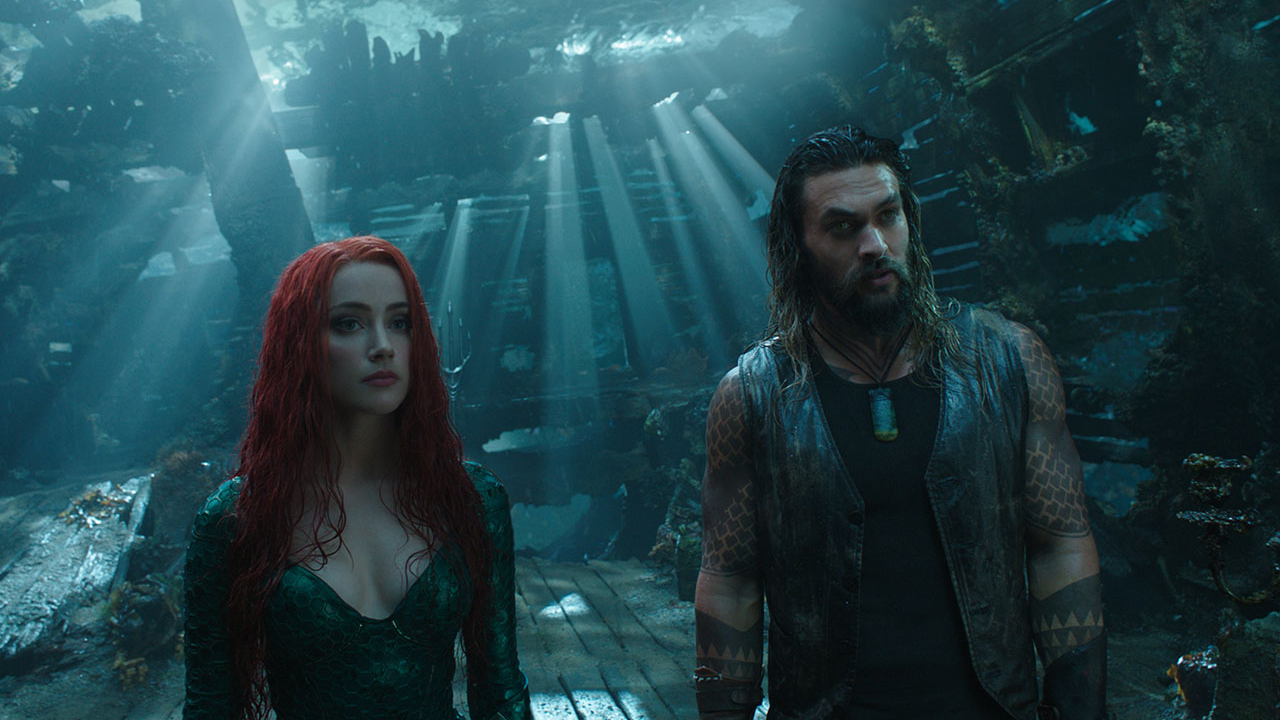 DC’s Aquaman reigned over the box office for a second straight weekend, grossing an estimated $51.6 million. After 10 days in theaters, the Jason Momoa-led superhero film has reached $188.8 million domestically. That wraps up a record-breaking $11.7 billion domestic box office for the 2018 calendar year.

Despite pulling in the worst opening for the DCEU last weekend, Aquaman is proving to be the marathon man over the holiday weekends. Down 23.5%, Aquaman claimed the second-best second weekend for the DCEU behind Wonder Woman ($58.5 million). That’s slightly ahead of Batman v Superman: Dawn of Justice ($51.3 million). We’ll have to see with tomorrow’s actuals whether or not Aquaman remains anchored to that position. On the plus side, Aquaman is now tracking 10% ahead of Justice League, nearly guaranteeing at least $250 million domestically. This also challenges the holiday season crown, currently held by Illumination’s The Grinch ($265.5 million). Even a $280 million finish for The Grinch doesn’t lock down the seasonal win. A run like last year’s polarizing The Last Jedi propels Aquaman to a $291 million run. That would even rival the DCEU’s 2013 star, Man of Steel.

Disney’s Mary Poppins Returns continues to perform like a leggy holiday musical. The Emily Blunt sequel flew 19.1% from the Christmas frame, making another $28 million before 2019. Currently at $98.9 million, Mary Poppins Returns should end 2018 over the century mark sometime tomorrow. Outpacing the likes of Les Miserables, Into the Woods, Chicago, The Greatest Showman and La La Land, there’s still plenty of life left for Mary Poppins Returns. $130 million seems to be the floor. Depending on how Aquaman and Bumblebee hold on in the coming weeks, we may see an even higher cume.

Paramount’s Bumblebee remained in neutral over the weekend in the third place spot. The Transformers prequel dipped a mere 5% from last weekend, grossing another $20.5 million. After 10 days in theaters, Bumblebee sits at a decent $66.8 million total. With a second weekend better than Transformers: The Last Knight ($16.9 million), Bumblebee still has its sights on the century mark. As the holiday slow down, January dailies remain the key obstacle in its path to $100 million. Thankfully, no major competition arrives on the scene until Glass in three weeks. While it’s not a genre threat, Bumblebee will nearing the ending of its run by that time. We may have a Passengers scenario, where it breaks $100 million albeit barely.

In its third weekend in theaters, Spider-Man: Into the Spider-Verse became the 31st film of 2018 to pass $100 million. Sony’s acclaimed animated flick crawled up another 11.2% from last weekend, bringing in another $18.3 million. With $103.6 million so far, Spider-Man: Into the Spider-Verse can still flirt with $130 million. For a Friday-released Spider-Man film, this may be the leggiest, even topping the 2002 original, Spider-Man 3, The Amazing Spider-Man 2 and Spider-Man: Homecoming. Spider-Man 2 and The Amazing Spider-Man debuted mid-week in 2004 and 2012 respectively. While it’s been a respectable run, a sequel needs to aim for an event film mentality to rack up greater numbers.

Clint Eastwood’s The Mule continued another weekend in the fifth place slot. The Warner Bros. crime drama managed to edge out Christmas newcomers Vice ($7.8 million) and Holmes and Watson ($7.3 million). A 24% jump from the Christmas frame added another $11.8 million to the Eastwood pic’s run. Now over $60 million, The Mule has already blown away Eastwood’s previous film, The 15:17 to Paris ($36.3 million). An $80 million finish places The Mule as Eastwood’s fifth-best run since 2004.