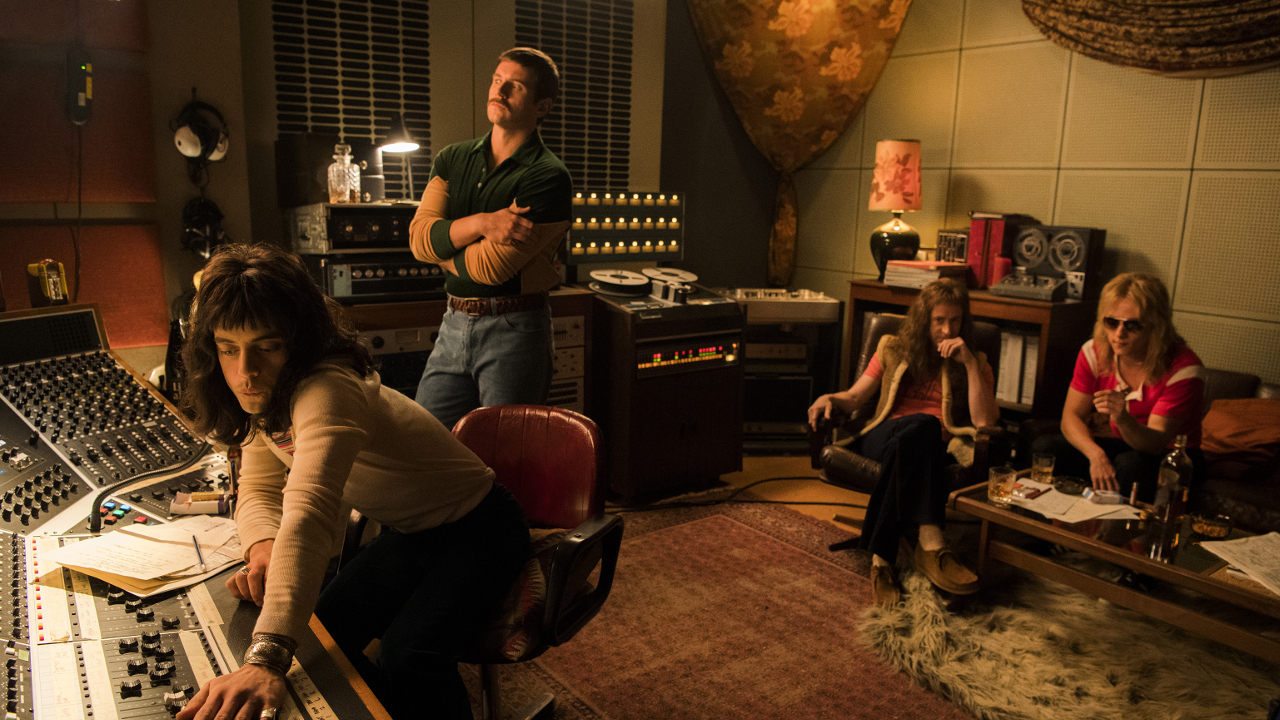 Bohemian Rhapsody wanted it all at the box office, topping fellow newcomers The Nutcracker and the Four Realms and Nobody’s Fool. The Freddie Mercury biopic, starring Rami Malek, wrapped up its opening weekend with an estimated $50 million.

Typically, November belts out its biggest openings from franchises like Twilight, Harry Potter, James Bond, The Hunger Games or the latest animated Disney film. Bohemian Rhapsody is one of those rare November openers over $50 million that doesn’t qualify for any of that. Freddie Mercury and Queen have been household names for well over 40 years, so demand for Bohemian Rhapsody was quite high. Recent music-based releases like Straight Outta Compton, La La Land, The Greatest Showman and last month’s A Star is Born all brought in strong numbers at the box office. All four films crossed $150 million mark and Bohemian Rhapsody could join the company later this month. Rotten Tomatoes critics have been generally positive towards Bohemian Rhapsody, offering a 60% score. CinemaScore audiences were even more enthusiastic with an “A” grade. That’s a pretty good sign that the box office will be rocked all the way through Thanksgiving.

Audiences weren’t in holiday spirit just yet as Disney’s The Nutcracker and the Four Realms opened in a distant second with $20 million. That’s one of Disney’s weakest live-action outings in 2018. The studio found greater box office success with both A Wrinkle in Time ($33.1 million) and Christopher Robin ($24.6 million), though both films were received more positively by critics. The fantasy flick starring Mackenzie Foy and Keira Knightley scored a 34% on Rotten Tomatoes, which criticized the film’s derivative and hollow storytelling. CinemaScore audiences were more receptive, grading the family film a “B+.” Family films tend to have legs in November, so not all is lost. That being said, The Nutcracker may have some momentum in the coming weeks. It’ll be a though road ahead against The Grinch, Fantastic Beasts: The Crime of Grindelwald and Ralph Breaks the Internet released back-to-back.

Tyler Perry’s Nobody’s Fool ended up being the weakest of the major new releases over the weekend. Opening in third, the rom-com starring Tiffany Haddish, Tika Sumpter and Whoopi Goldberg debuted with $14 million. That’s on the low end for Perry’s films. Only 2007’s Daddy’s Little Girls ($11.2 million) and 2014’s The Single Moms Club ($8.1 million) opened lower. Nobody’s Fool also ranks as Tiffany Haddish’s weakest opener of 2018 as well. Uncle Drew ($15.2 million) and Night School ($27.3 million) found larger openings earlier this year. Nobody’s Fool could stick around throughout Thanksgiving as it divided critics and audiences. Split between a 25% on Rotten Tomatoes and “A-” CinemaScore, we’ll have to see who audiences will listen to in the coming weeks.

It’s almost weird seeing Warner Bros.’ A Star is Born slip a few spots on the box office charts. Since its debut five weeks ago, the critically-acclaimed remake starring Bradley Cooper and Lady Gaga cemented itself in the second place spot. With Bohemian Rhapsody, The Nutcracker and the Four Realms and Nobody’s Fool all debuting over the weekend, A Star is Born found its way to fourth place. Down 20.9%, A Star is Born brought in another $11.1 million, the best fifth weekend since Jurassic World: Fallen Kingdom a few months ago. Now up to $165.6 million, A Star is Born’s chances of surpassing $200 million continue to look brighter by the day. So far, a loaded November slate hasn’t affected word-of-mouth.

With Halloween in the rear-view mirror, the titular Universal and Blumhouse dropped four spots after two weekends on top. Down 64.9% in its third weekend, Halloween sliced up another $11 million. After 17 days in theaters, the latest Michael Myers-driven slasher crossed the $150 million mark. At this point, it’s a given that Halloween will become the third-biggest opener to miss the $200 million mark, joining Fifty Shades of Grey ($85.2/$166.2 million) and X-Men Origins: Wolverine ($85.1/$179.9 million). Landing somewhere between those two finishes seems to be the most realistic projection at the moment. That will rule out Halloween topping the original’s adjusted total of $183.6 million. Even so, Halloween remains a box office success.

Opening Next Week: The Grinch, Overlord, The Girl in the Spider’s Web