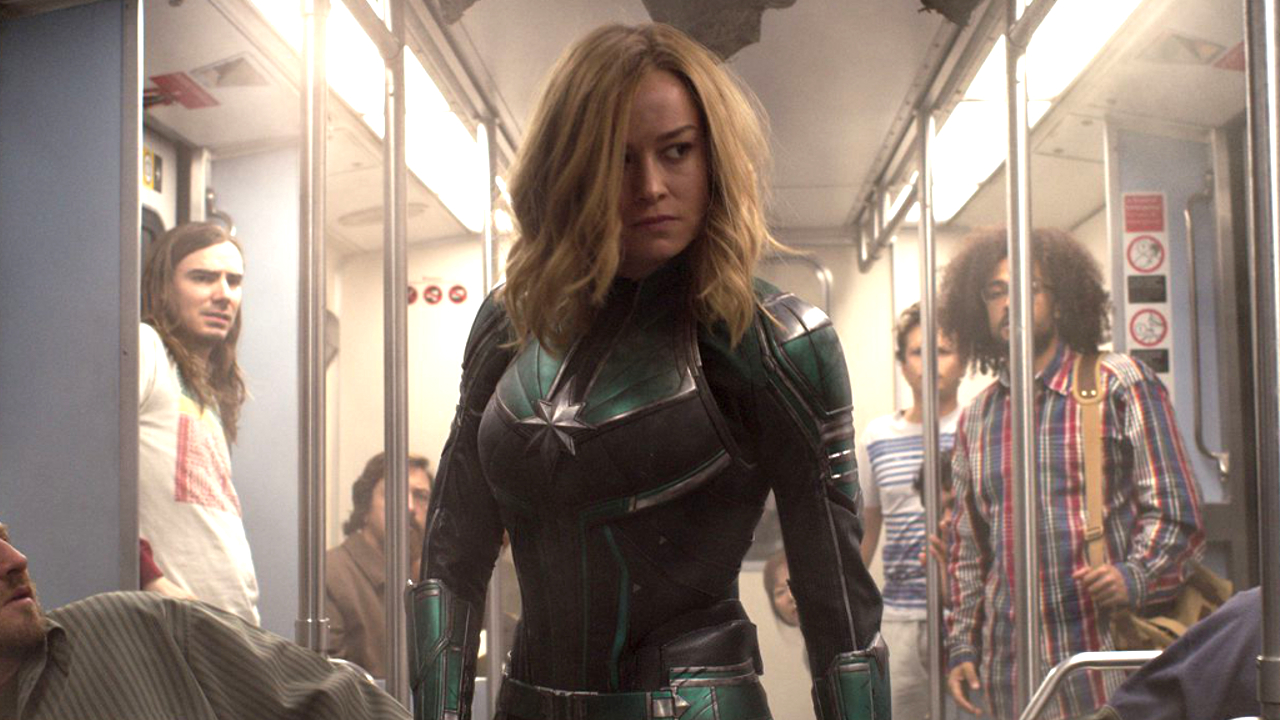 ‘Captain Marvel’ Rockets Marvel Back to the Top for 21st Time

Captain Marvel lived up to her mantra of “higher further faster” this weekend, steamrolling over the competition. The 21st chapter of the Marvel Cinematic Universe grossed an estimated $153 million since Friday.

Within three days, Captain Marvel is already the highest-grossing film of 2019. It didn’t quite top the March record. Beauty and the Beast ($174.8 million) and Batman v Superman: Dawn of Justice ($166 million) remain untouched for another year. Still, this is a major accomplishment for Marvel. Captain Marvel is the 18th biggest opener ever and 7th biggest for Marvel Studios. As Marvel Studios’ first female led film, this will surely pave the way for other superheroes down the road. Critics and audiences have been quite receptive to the intergalactic heroine. 80% of Rotten Tomatoes critics were positive. CinemaScore audiences were just as enthusiastic, grading the film an “A.” We’ll have to see how Captain Marvel will play out in the coming weeks. A Black Panther run guarantees $530 million. However, an Avengers: Infinity War pushes that total down to $402 million.

Tyler Perry’s Madea franchise hasn’t been synonymous with box office legs. Perry’s final chapter, A Madea Family Funeral, can be considered one of the better holdovers. Down 55.5%, A Madea Family Funeral made another $12.1 million over the weekend. That’s better than Madea’s Witness Protection (-59.9%), Madea Goes to Jail (-60.6%) and Madea’s Big Happy Family (-60.7%). Though it’s a bit steeper than Perry’s holiday installments. With $45.9 million in the bank so far, the Madea finale could end up anywhere between $55-60 million. That’s a middle-of-the-road sendoff for the 14-year-old series.

The Lego Movie 2: The Second Part maintained it fourth place spot. The Warner Bros.’ animated sequel held better than most of the top 10, only down another 42%. A fifth weekend haul of $3.8 million, bring its total up to $97.1 million. At its current rate, The Lego Movie 2 will probably pass the century mark in another week or so. Once it does, it will join Glass, The Upside, How to Train Your Dragon 3 and Captain Marvel. A finish around $103-105 million seems probable at this point.

Fox’s Alita: Battle Angel dropped two spots over the weekend to fifth. Down 55.7%, the manga adaptation directed by Robert Rodriguez brought in another $3.2 million. After four frames, Alita is up to an acceptable $78.3 million. Alita should have no issues securing an $80 million cume by the end of next weekend. The overseas markets have been more receptive, grossing $304 million. That should be enough to warrant a sequel.