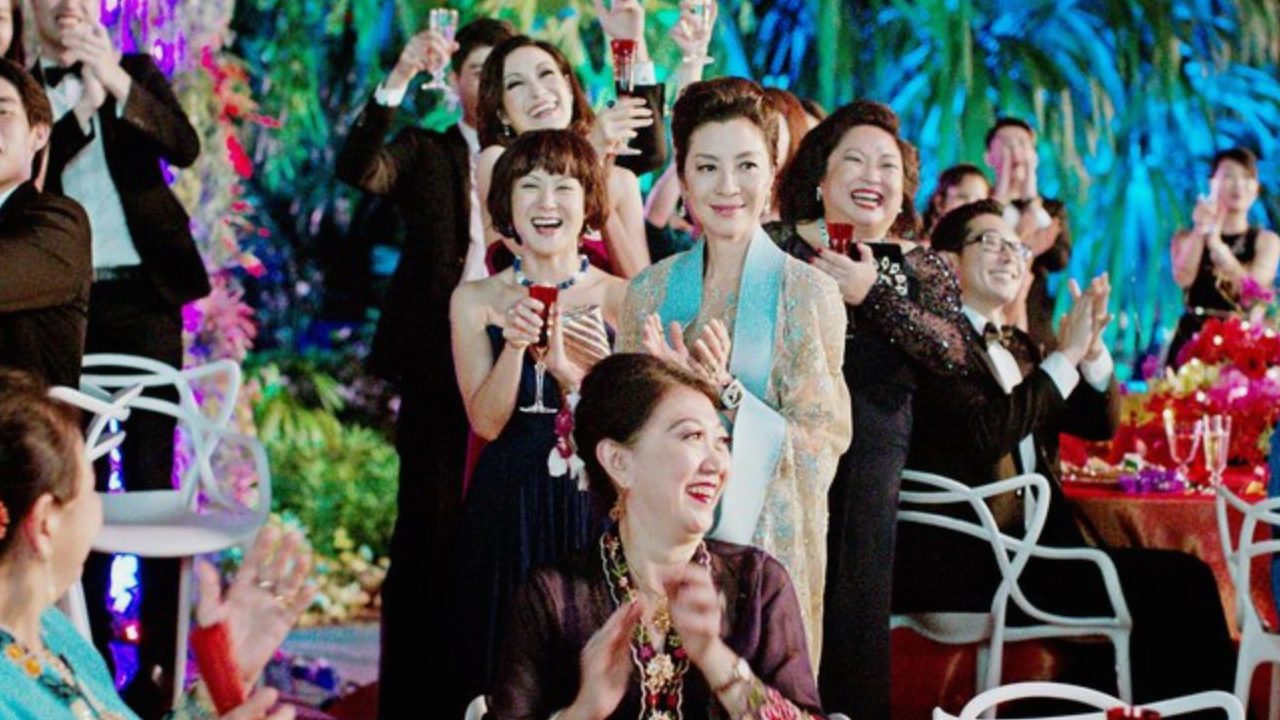 For the second straight weekend, Crazy Rich Asians was the hottest ticket at the box office. Bringing in an estimated $25 million, the acclaimed adaptation has grossed $76.8 million so far.

Like The Help in 2011, Crazy Rich Asians is undeniably this year’s breakout end-of-summer film. Down a remarkable 5.7% from last weekend, Crazy Rich Asians nearly repeated its $26.5 million debut. Outside of the lucrative holiday season, this sort of drop is practically unheard of. With the exception of Mother’s Day (+32.5%), Shrek (+0.3%), Puss in Boots (-3.0%) and Brother Bear (-4.5%), this rarity doesn’t come around often. Even the critically-acclaimed The Help dipped 20.4% in August 2011 as it continued towards a shocking $169.4 million finish. There’s no doubt that Crazy Rich Asians will pass $100 million, albeit much sooner than later. The question is how high can it go. Without major competition next weekend, expect an guaranteed three-peat. Critical and audience acclaim could send Crazy Rich Asians to a $150 million minimum. We’ll have a better idea in the coming weeks if $165-175 million is doable.

While Crazy Rich Asians should crack the century mark in another week, Jason Statham’s The Meg guaranteed its first $100 million hit for the month of August. We’d have to go back to 2000 for August releases to miss that mark. Still, The Meg held onto second place for another weekend, dropping 38.4% in its third frame. Bringing in another $13 million, The Meg is now over $105.3 million domestically. By the end of the week, The Meg will become Statham’s biggest non-Fast and Furious release. $120 million seems quite possible now, finishing as the second-biggest live-action shark film ever. Jaws’ $260 million just might be too far of a climb.

It wasn’t a happy weekend for Melissa McCarthy or STX films as The Happytime Murders debuted in third over the weekend. The raunchy puppet comedy, directed by Brian Henson, made a weak $10 million. For McCarthy, this is a career-low opening (minus the limited release St. Vincent). Even McCarthy’s Life of the Party, which opened a few months ago, debuted higher with $17.9 million. All around, reception has been highly negative. Rotten Tomatoes critics weren’t taken in by the trailer’s over-the-top Silly String gags, offering a disappointing 22%. CinemaScore audiences graded the comedy a “C-.” Labor Day weekend might buffer a hard drop. Still, we can’t expect no more than a $30 million finish.

Paramount’s Mission: Impossible – Fallout retained its fourth place spot once again. Down 25.7%, the Tom Cruise sequel brought in another $8 million in its fifth weekend. That brings it’s 31-day total to $193.4 million, which still tracks ahead of the other five Mission: Impossible installments. Rogue Nation’s $195 million finish should be overtaken by the end of the week with $200 million happening no later than Labor Day. From there, Fallout still has its sights on passing Ghost Protocol ($209.4 million) and Mission: Impossible II ($215.4 millon). An end-of-run performance like Rogue Nation should keep Fallout on track with $215 million.

With both Mile 22 and Alpha falling hard this weekend, Disney’s Christopher Robin bounced back into fifth place. The live-action Winnie-the-Pooh adaptation enjoyed a solid 28.5% drop in its fourth frame. Adding another $6.3 million to the bank brings its 24-day total to $77.6 million. Christopher Robin has already outgrossed the studio’s own Pete’s Dragon ($76.2 million), released two Augusts ago. A lucrative holiday frame next weekend could send Christopher Robin to a $90 million finish. Alongside The Meg and Crazy Rich Asians, Christopher Robin offered August plenty of surprising success stories.