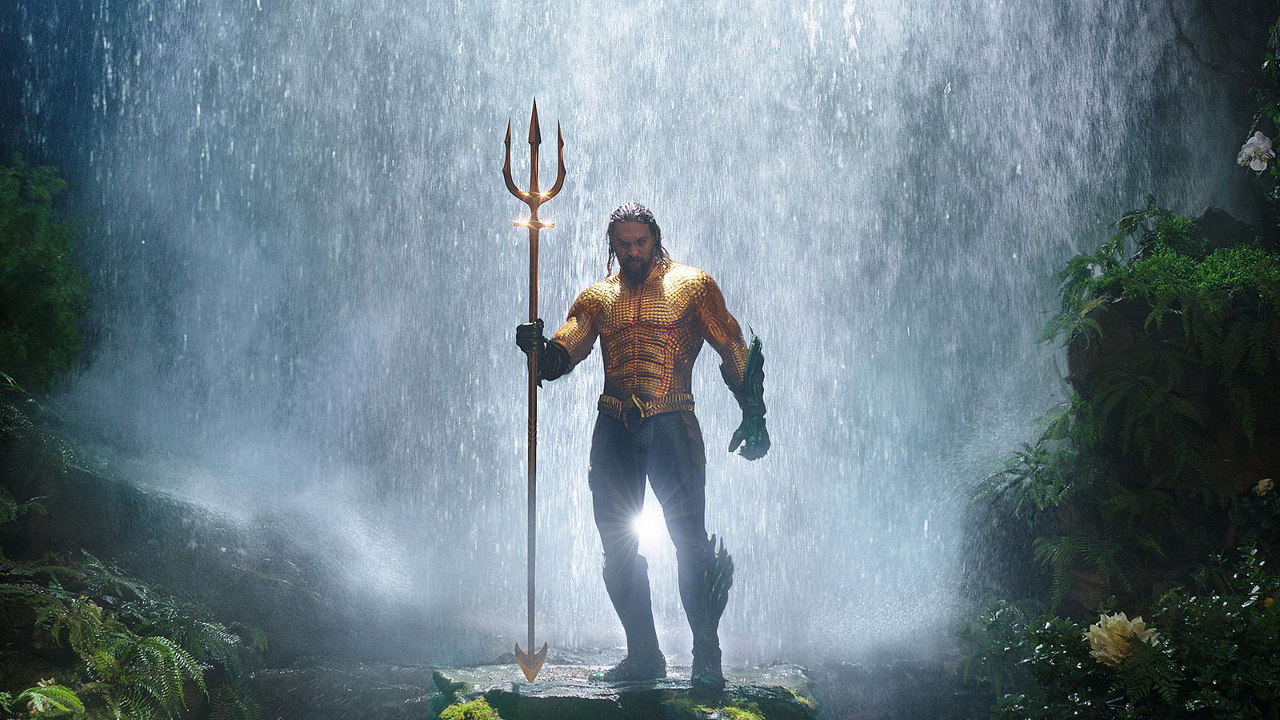 The holiday season kicked into high gear as Warner Bros.’ Aquaman swam to the top of the box office. The newest DCEU film debuted with an estimated $67.4 million, outperforming newcomers Mary Poppins Returns and Bumblebee.

While Aquaman is the DCEU’s weakest opening, Warner Bros. may be more focused on the marathon than dashing out opening weekend breaking records. With both Mary Poppins Returns and Bumblebee due out this weekend, the market was a bit crowded for Aquaman. Early buzz from critics and positive reception from advanced Amazon Prime screenings should entice audiences to see the aquatic superhero in action. DC’s been a mixed bag since the inception of its cinematic universe in 2013. While Wonder Woman legs are highly unlikely, Aquaman should hold better than Man of Steel, Batman v Superman: Dawn of Justice, Suicide Squad and Justice League. CinemaScore audiences were on board this weekend, grading Aquaman an “A-.” While no 2018 holiday film opened over $100 million, Aquaman should have no issues finishing the season second-best behind The Grinch ($253.2 million).

Disney’s Mary Poppins Returns wasn’t the big Christmas hit the studio’s been used to the past few years with Star Wars. However, the Emily Blunt sequel score a second place start. Adding to the $8.8 million it made over Wednesday and Thursday, Mary Poppins Returns grossed $22.2 million over the weekend. That’s an okay start, but don’t expect legs like other recent musicals, La La Land and The Greatest Showman. Mary Poppins Returns was liked by both critics and audiences. On Rotten Tomatoes, the film received an admirable 77%. CinemaScore audiences awarded the family-friendly musical an “A-.” Disney may have had a better Christmas keeping Solo: A Star Wars Story in the December slot. But we’ll have to see in the coming weeks how successful Mary Poppins will become, before reaching a definitive answer.

Paramount’s Transformers franchise has never fared well with critics, albeit being major blockbusters. The studio’s latest prequel, Bumblebee, won over critics despite pulling in the franchise’s weakest opening. Bumblebee debuted over the weekend with $21 million. That’s less than half of what Transformers: The Last Knight ($44.7 million) opened to in 2017. Even if Bumblebee starts slow out of the gate, it should still hang over the next few weeks. Word-of-mouth from the All-Access screenings and universal acclaim should result in a leggy run. Rotten Tomatoes critics and CinemaScore audiences were both highly receptive, scoring the film a 94% and “A-” respectively. With holiday legs, there’s no reason why Bumblebee shouldn’t be able to end its run over the century mark.

After topping the box office last weekend, Spider-Man: Into the Spider-Verse swung lower than the three major newcomers this weekend. In it second weekend, Spider-Man: Into the Spider-Verse fell 52.8%, grossing another $16.7 million. Compared to the live-action counterparts, the Sony animated flick ended up in the middle. It’s difficult to make comparisons since the web-slinger typically opens either in May or July. Though compared to other recent animated films, Into the Spider-Verse was on par with Ralph Breaks the Internet (-54.5%). Holiday legs will help buffer additional falls for the next week or so. A 10-day cume of $64.8 million keeps Into the Spider-Verse on track for well over $100 million. If it stays around like The Grinch rather than Ralph Breaks the Internet, that number could go even higher.

Clint Eastwood’s The Mule rounded out the top 5 this weekend in its sophomore frame. Down 43.2%, the Warner Bros.’ crime drama brought in another $10 million. That’s a slightly harder drop than Eastwood’s last film, The 15:17 to Paris, which took a 39.2% drop over Presidents’ Day weekend earlier this year. With a 10-day cume of $35.7 million, The Mule should still be able to hit $60 million. The release of Vice on Christmas Day may be the only new competition for the Eastwood pic in the near future.

Opening Next Week: Holmes and Watson (Tuesday), Vice (Tuesday), On the Basis of Sex (limited)