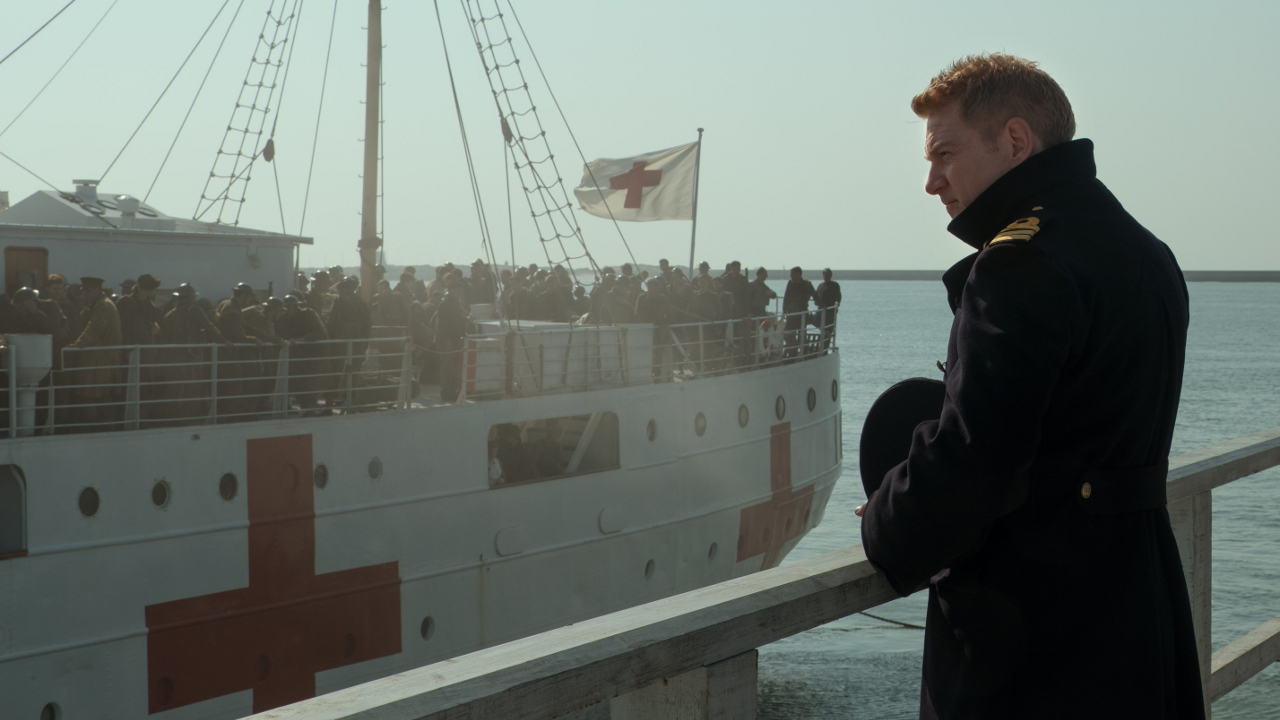 Christopher Nolan’s Dunkirk topped the weekend box office for the second week in a row. Holding past newcomers, Atomic Blonde and The Emoji Movie, the acclaimed war drama made an estimated $28.1 million.

Dunkirk can now join Guardians of the Galaxy Vol. 2 and Wonder Woman as third film to repeat this summer. The Nolan war epic certainly has the momentum from both critics and audiences. And its hold on a must-see IMAX experience is yet another draw. Down 44.3%, Dunkirk managed to cross the century mark after 10 days. Nolan’s last film, Interstellar, held slightly better down 40.4% off its $47 million opening. Dunkirk should have no problems crossing $150 million. The only thing holding Dunkirk back from a $200 million run is a lack of holiday legs. A dead August might propel the World War II epic much further than expected.

Break out the number two jokes, because Sony’s The Emoji Movie took second place this weekend. The animated film featuring the voice talents of T.J. Miller and Patrick Stewart debuted with $25.7 million. With Cars 3 and Despicable Me 3 slowing down, The Emoji Movie became the new family attraction – even if the Poop emoji is one of the film’s headliners. Critics trashed the film on Rotten Tomatoes, giving the film a measly 7%. Audiences were slightly more receptive, grading it a B on CinemaScore. It’ll be interesting how word-of-mouth will move from here. After all, there’s not many other choices for family audiences other than The Nut Job 2 in August.

After a fantastic $31 million opening last weekend, Girls Trip continues to be one of the sleeper hits of the summer. Down 35.6% from last weekend, the Universal comedy scored another $20.1 million in its sophomore frame. It’s not early enough to call this the Bad Moms of the summer. Last summer, that Mila Kunis comedy cracked $50 million after 10 days. Girls Trip is well over $65 million at the same point. Similar holds could send Girls Trip well over $120 million. If that’s the case, it’ll join Baby Driver and Wonder Woman as the leggiest films of the summer.

Despite being hailed as the female James Bond or John Wick, Focus’ Atomic Blonde claimed the fourth place spot with $18.6 million. The Charlize Theron production opened to positive reception from critics with a 75% on Rotten Tomatoes. Audiences were more mixed, grading the action flick a B on CinemaScore. Atomic Blonde’s not a major win for Theron, pulling in a fraction of John Wick: Chapter 2 ($30.4 million). After starring in franchises such Mad Max and Fast and Furious, we’d expect more star power from Theron. The same goes for James McAvoy, who starred in the thriller hit, Split, this past January. What could have been summer’s last hurrah may be a small misfire.