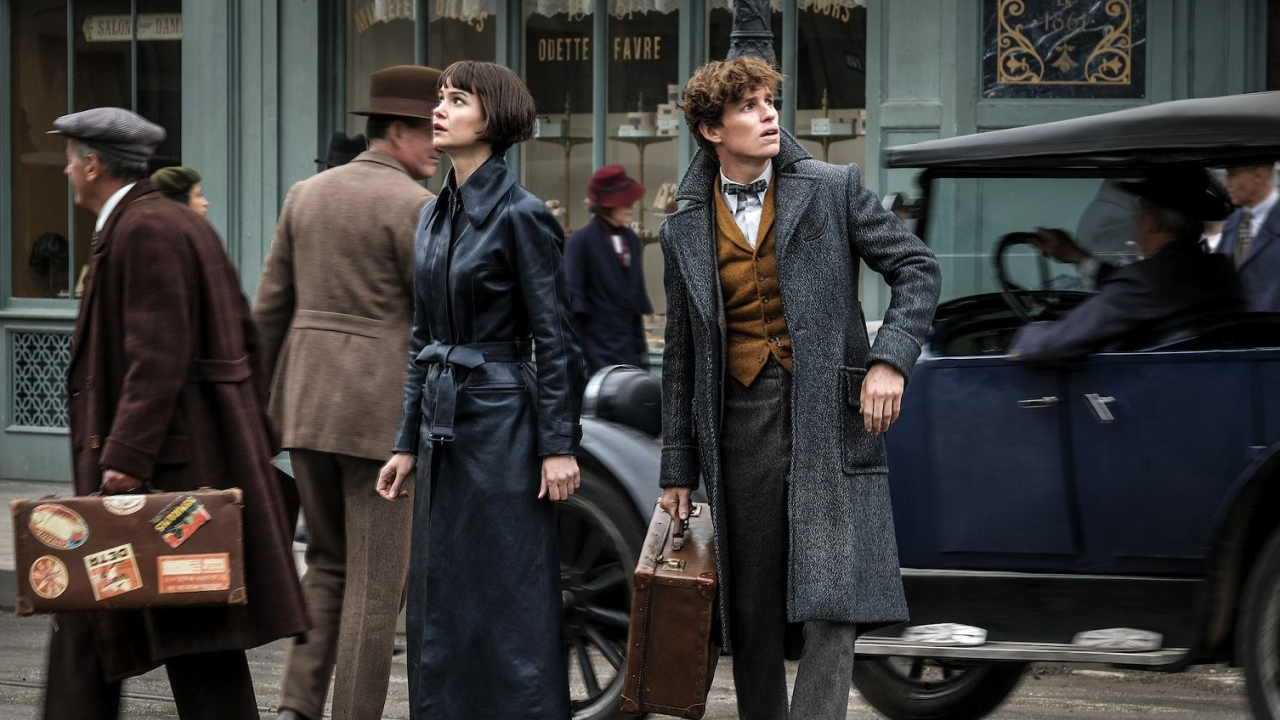 ‘Fantastic Beasts’ Sequel Opens to an Okay, But Less-Magical Turnout

The Wizarding World returned for its weakest opening to date with Fantastic Beasts: The Crimes of Grindelwald. The second chapter of the Harry Potter spin-offs starring Eddie Redmayne and Jude Law opened with an estimated $62.2 million.

Two years ago, we’re were discussing how Fantastic Beasts and Where to Find Them pulled in the weakest opener for the Warner Bros.’ Wizarding World. It seems like we’re having this conversation once again with Fantastic Beasts: The Crimes of Grindelwald. The darker tone and bridging the world together with cameos from Albus Dumbledore and a trip to Hogwarts weren’t enough for a sequel uptick. As the weekend closes, Fantastic Beasts seems to have faced The Last Jedi syndrome. The latest Fantastic Beasts went places in plotting Potter fans weren’t too keen on. Its 17% drop from the last film follows the 12% opening decline from The Force Awakens to The Last Jedi. Even The Hobbit: The Desolation of Smaug dropped 14% from 2012’s An Unexpected Journey. Reception spiraled from the last installment with a 40% on Rotten Tomatoes and “B+” CinemaScore. Fantastic Beasts could be the first installment in the franchise to miss $200 million domestically. Warner Bros. still hopes to release three more installments with the next slated for 2020.

Even against the so-so magic of Fantastic Beasts, Illumination’s The Grinch pulled off the best holdover amongst top films. Down 43.5%, Universal’s animated remake brought in another $38.2 million. After 10 days in theaters, The Grinch is now up to $126.5 million, becoming the 25th film of 2018 to pass the century mark. The Grinch’s sophomore drop is at least on par with Illumination’s Despicable Me (-41.8%), Hop (-43.3%) and The Lorax (-44.7%). That should make $200 million a fairly easy road. The Grinch has to contend with Disney’s Ralph Breaks the Internet this coming weekend. However, the two family flicks should be able to split the wealth going into Thanksgiving weekend. Typical Illumination legs still translate to a $215-220 million finish.

For a third straight weekend, Bohemian Rhapsody continued to rock out at the box office. Fox’s Freddie Mercury biopic roughly dropped in half since last weekend, down another 49.7%. Besides The Grinch and A Star is Born (-46.3%), Bohemian Rhapsody is one of the rare holdovers to maintain a sub-50% drop. Grossing another $15.7 million, Bohemian Rhapsody is up to $127.9 million after 17 days in theaters. $150 million is nearly a certainty as it continues to close in on La La Land ($151.1 million), Straight Outta Compton ($161.2 million) and The Greatest Showman ($174.3 million). If Fox champions Rami Malek for Best Actor (which could very well happen), an awards season boost will be in order.

Paramount was hoping their feel-good adoption comedy, Instant Family would be The Blind Side or Wonder entering into Thanksgiving. Starring Mark Wahlberg and Rose Byrne, Instant Family opened in fourth with $14.7 million. That’s much lower than aforementioned films, though strong word-of-mouth is to be expected. Both The Blind Side and Wonder legged out in 2009 and 2017 respectively ranging between 4.81-7.50x multipliers. Even topping a 3x multiplier and $50 million run would be considered a mini comparison. Instant Family clicked with both critics and audiences over the weekend. Scoring an 81% on Rotten Tomatoes and “A” CinemaScore, this one has the potential to stick around far through Thanksgiving weekend.

Fox’s heist drama, Widows made waves at TIFF back in September and has already thrown its hat in awards contention. However, it may take a while to click with general audiences. 12 Years a Slave director, Steve McQueen, helms Widows, which debuted in fifth place over the weekend with $12.7 million. Thrown into a crowded Thanksgiving market, we’ll have to see how it’ll play out with another three newcomers due out on Wednesday. As far as Oscar hopefuls go, it may result in a multiplier like First Man (2.75x) rather than A Star is Born (4.33x). Reception has been divided between critics and audiences. Rotten Tomatoes critics are backing Widows with a 91%, while CinemaScore audiences decided on an okay “B” grade. Barring an award season re-release in December or January, Widows could see about $35 million.