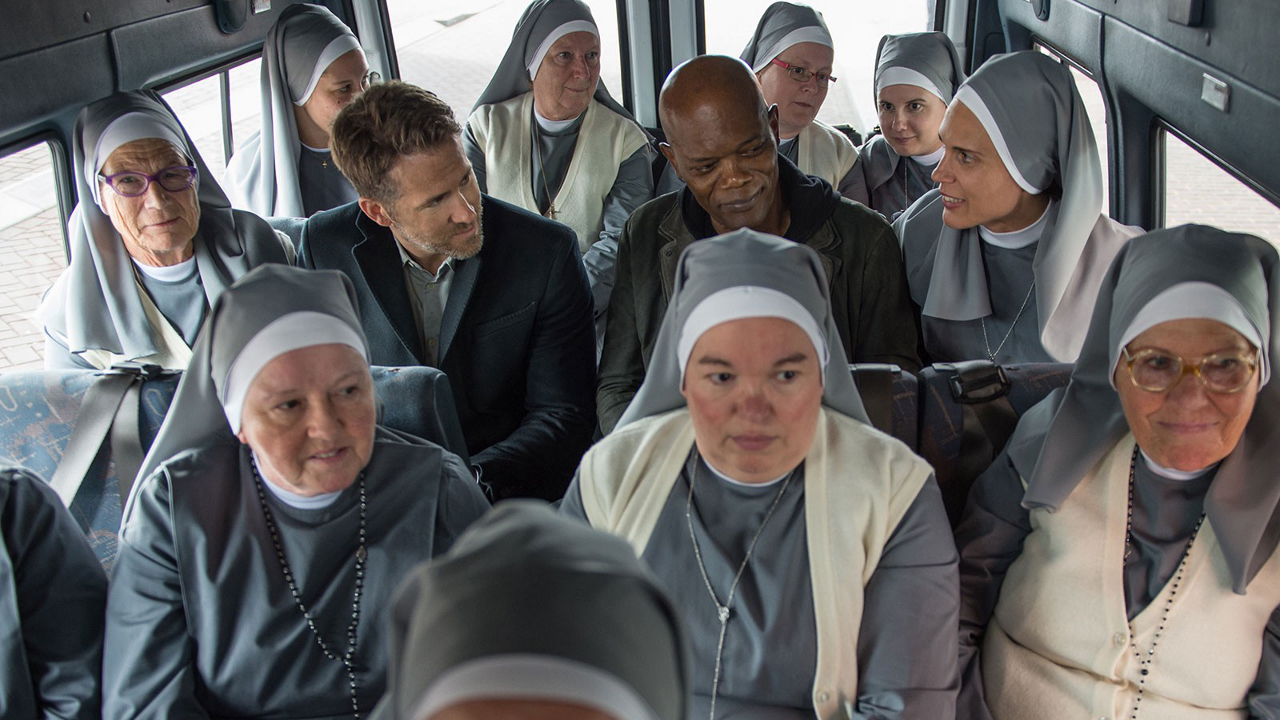 Summer took an even harder turn for the third straight weekend. While action comedy, The Hitman’s Bodyguard, claimed the top spot, it led the weakest weekend at the box office since February.

Ryan Reynolds and Samuel L. Jackson might not be the saviors of a weak August, but that didn’t stop The Hitman’s Bodyguard from a decent debut. In fact, its $21.6 million was one of Reynolds’ best outside his Marvel superhero fare. Likewise, Jackson finds himself in the $20-30 million range outside of the Marvel Cinematic Universe and the Star Wars prequels. While The Hitman’s Bodyguard didn’t resonate with critics, audiences did give the film a favorable B+ on CinemaScore. We’ll see in the coming weeks whether Reynolds and Jackson can hang for a leggy run ahead or not.

Annabelle: Creation proved last weekend that “The Conjuring Universe” is still dominant at the box office. That carried over for a second weekend as the horror prequel dropped 55.7%. That’s the best hold for the franchise since The Conjuring’s 46.9% dip. With another $15.5 million in the bank, Annabelle: Creation conjured up $64 million after 10 days. A run like 2014’s Annabelle ends Creation with $87 million. Though if it can perform like The Conjuring 2, we could see a finish around $94 million. If neither Annabelle nor The Hitman’s Bodyguard crack the century mark, this will be the first August since 2000 without a major $100 million hit.

Bleeker Street’s ensemble heist film, Logan Lucky, was a hit with critics, but failed to makes waves at the box office. Opening at a mere $8.1 million, it’s on par with director Steven Soderbergh’s past two out of three films – Side Effects and Haywire. It appears that the star power of Adam Driver, Channing Tatum and Daniel Craig (just announced for Bond 25 this week) wasn’t enough to draw in the masses. Even with a 93% on Rotten Tomatoes and a B on CinemaScore, Logan Lucky got lost in the late August shuffle. This might be one of the those films that benefits more from home media word of mouth.

After two weekends in second place, Christopher Nolan’s war drama Dunkirk, dropped to fourth place with $6.7 million. Dunkirk has waged war on the box office for five weeks now and is well over $165 million. This week’s 38.4% drop is solid, though it’s losing ground on Nolan’s previous film, Interstellar. That’s only due to the holiday legs kicking in for the three-hour space odyssey. $200 million continues to look less and less likely. And right now, it’s an over/under Interstellar’s $187 million run. Dunkirk still holds onto IMAX theaters and with two more soft weekends ahead, $190 million is still in play.

Rounding out the charts this week is Open Road’s animated sequel, The Nut Job 2: Nutty by Nature. Despite overwhelming negative reviews, The Nut Job 2 dipped 38.7% in week two. That’s the best holdover for any animated film in 2017. Whereas more popular flicks like Captain Underpants (-48.9%), Cars 3 (-55.2%), Despicable Me 3 (-53.6%) and The Emoji Movie (-51.1%), fell much harder in their sophomore frames. The best answer is that it’s August and holds are much better from now through Labor Day. But off a $5.1 million second weekend, The Nut Job 2 could finish slightly under $30 million.

Opening Next Week: All Saints, Birth of the Dragon, Good Time, Leap!