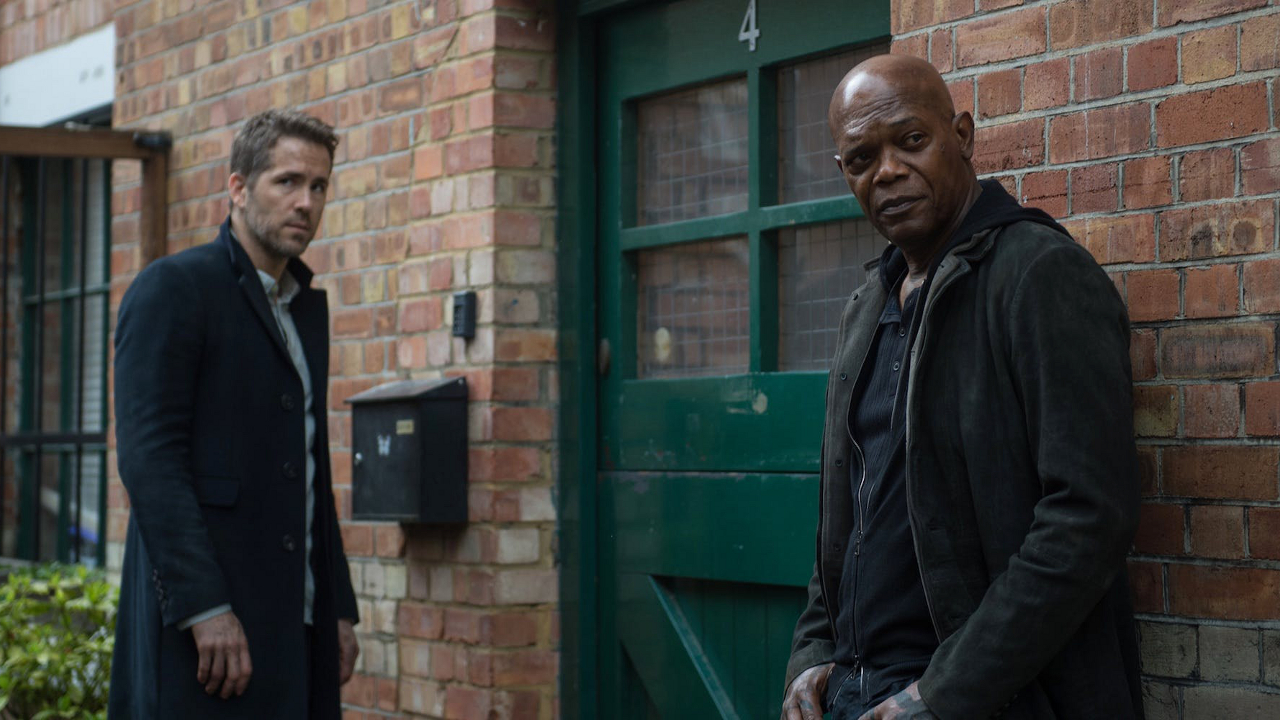 The August box office continues to drop harder and harder. Lionsgate’s The Hitman’s Bodyguard repeat over the weekend with an estimated $10.1 million. However, this is the worst weekend on record since 2002.

Without any major competition, the Ryan Reynolds, Samuel L. Jackson action comedy still took the biggest hit of the top films. The Hitman’s Bodyguard dropped 53% from last weekend’s $21.4 million debut. The Hitman’s Bodyguard is just shy of $40 million after 10 days and we may see a finish short of $60 million. That would Reynold’s best box office performance since Deadpool ($363.1 million). Jackson scored much higher with his last film, Kong: Skull Island ($168.1 million).

For the second straight weekend, WB’s horror hit Annabelle: Creation retained the second place spot. Down 52.9%, Creation pulled in another $7.4 million in its third frame. Like The Hitman’s Bodyguard, that was one of the more harder drops of the weekend. As Creation closes in on $80 million, there’s no doubt that it will top the original film’s $84 million run. $90 million looks to be the most realistic scenario at this point. Labor Day may soften the blow, but once It hits theaters on September 8th, the remaining run is dead.

All three newcomers struggled over the weekend, but it was only the animated film Leap! that made the charts. Produced by The Weinstein Company, Leap! opened with $5 million over the weekend. That’s a few million lower than The Nut Job 2 ($8.3 million), which opened a few weeks ago. Reception hasn’t been too inspiring either. The Elle Fanning adventure faced a weak 37% on Rotten Tomatoes.  Other newcomers such as WWE’s Birth of the Dragon ($2.5 million) and faith-based All Saints ($1.5 million) fared much worse.

After scoring at the 2017 Sundance Film Festival and limited release earlier in the month, acclaimed drama Wind River expanded into over 2,000 theaters this weekend. Jumping from 10th place to fourth, Wind River made about $4.4 over the weekend. That almost doubles its entire run so far, which stand at $9.8 million. Hell or High Water screenwriter, Taylor Sheridan directs the film starring Jeremy Renner and Elizabeth Olsen. Last summer, Hell or High Water scored the same in a wider release, albeit in about 700 fewer theaters. Critical praise and lack of competition will keep Wind River around for a bit.

Down two spots from last weekend, Bleecker Street’s Logan Lucky crossed it sophomore finish line in fifth place. The Steven Soderbergh action ensemble film pulled in another $4.4 million. Dropping 42.5%, Logan Lucky held better than last week’s other holdover, The Hitman’s Bodyguard. Totaling at $15 million after 10 days, Logan Lucky is aiming for a $20 million cume by the end of the extended Labor Day weekend.