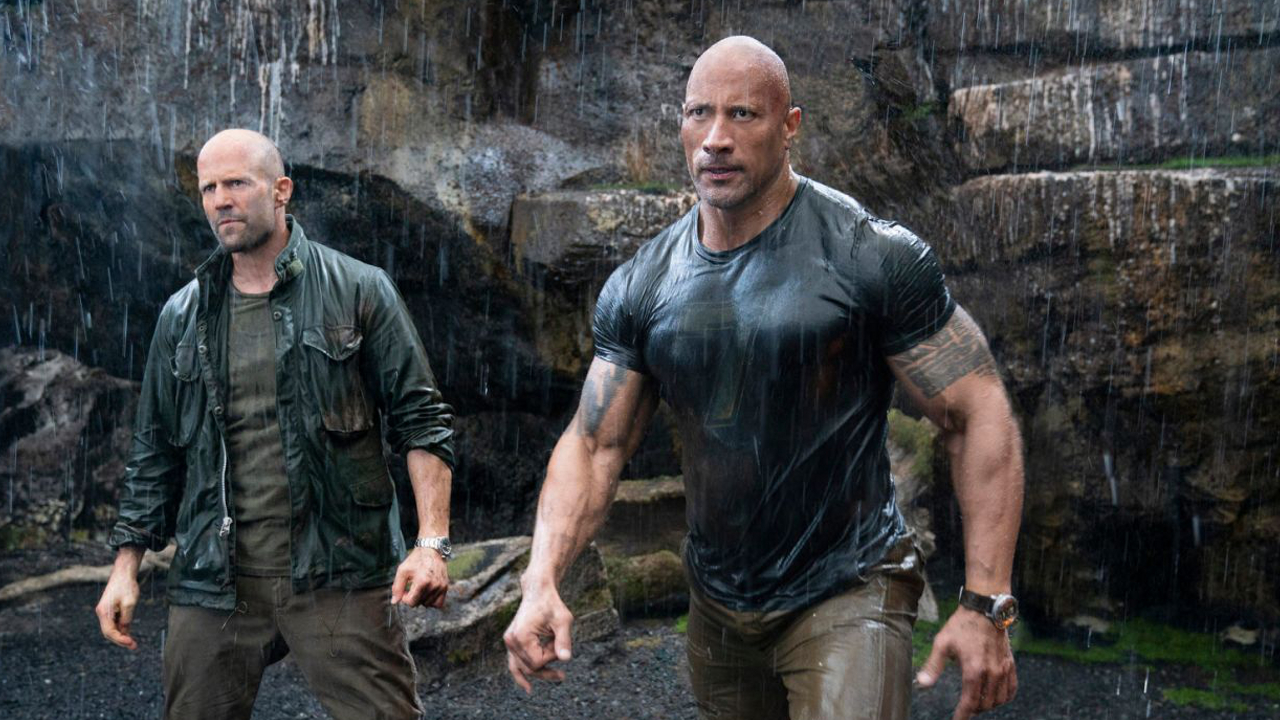 Johnson, Statham Climbs to Top of the Box Office with ‘Hobbs & Shaw’

Since 2009, the Fast and Furious franchise has consistently opened above $70 million. It’s no disappointment for Hobbs & Shaw to debut about $10 million shy. Granted, it’s a spin-off like Rogue One and Solo were to the episodic Star Wars films. A $60 million August opening place Hobbs & Shaw in the midst of fine late summer company. Both Signs and Straight Outta Compton both opened to $60 million. And Hobbs & Shaw is miles ahead of Statham’s The Meg ($45.4 million) a year ago. As the last big hurrah of summer, we could see the spin-off leg it out in the coming weeks. Both critics and audiences enjoyed the film. Rotten Tomatoes critics scored the film a 67%. CinemaScore audiences gave the spin-off an “A-.” That continues a “fresh” streak for the franchise, going back to 2011’s Fast Five.

After two weeks on top, The Lion King lost its crown to Dwayne Johnson and Jason Statham. The Disney remake dropped another 50%, grossing $38.2 million. The Lion King is now the fourth 2019 film to pass the $400 million mark. Avengers: Endgame, Captain Marvel and Toy Story 4 also passed the milestone. Its third weekend is just under Beauty and the Beast ($45.4 million) and The Jungle Book ($43.7 million). Topping $550 million domestically is now an uphill climb. At $430.9 million, The Lion King should still have enough life to reach $500 million. However, it’ll finish somewhere in the ballpark of Beauty and the Beast ($504 million), Rogue One ($532.2 million) and The Dark Knight ($535.2 million). The Lion King is almost locked to finish in the top 3 of 2019. Star Wars: The Rise of Skywalker remains the last potential $500 million film of 2019.

Once Upon a Time in Hollywood took third place in its second weekend. Quentin Tarantino’s ninth film, starring Brad Pitt, Leonardo DiCaprio and Margot Robbie, brought in another $20 million. That about half its debut from last weekend’s record opening. After 10 days, Once Upon a Time in Hollywood has grossed $78.8 million. That’s 8% ahead of Tarantino’s Inglorious Basterds. Similar legs could push the ensemble film over $130 million. Without holiday legs, it’s going to impossible to catch up to Django Unchained ($162.8 million). However, there’s no shame in claiming the second place spot. It would be Tarantino’s fourth run above the century mark.

Spider-Man: Far From Home enjoyed it best holdover yet. The Marvel sequel only declined 37.7% in its fifth frame. Another $7.8 million brings its total up to $360.3 million. Domestically, that bypasses Furious 7 ($353 million) and Inside Out ($356.5 million) for a spot in the top 50. A $400 million finish remains too close to call. Spider-Man: Homecoming has performed slightly better than Far From Home in the past two weeks. Homecoming only earned an additional $40 million at the point. Though, topping Spider-Man 2 ($373.6 million) is guaranteed at this point. Flying past Guardians of the Galaxy Vol. 2 ($389.8 million) seems likely too before the end of summer. Even if Spider-Man: Far From Home misses $400 million, Marvel has already grossed $1.6 billion domestically in 2019.

Pixar’s Toy Story 4 rounded out the charts over the weekend. The animated sequel joined Aladdin as the only other film to stay in the top 5 for seven straight weeks. Down 31.6%, Toy Story 4 brought in another $7.2 million. A $410.1 million cume guarantees it’ll top Toy Story ($415 million) in under a week.  Right now, Toy Story 4 could hit around $440 million if it plays like its 2010 predecessor. That’ll result in a solid 3.63x multiplier. That’s better than Pixar’s most recent sequels, Cars 3 (2.84x), Incredibles 2 (3.33x) and Finding Dory (3.60x). Toy Story 4 should also remain the third-biggest film of 2019 until the holiday season. We’ll have to see how Frozen II and Star Wars: The Rise of Skywalker play out in 2019’s final weeks.

Opening Next Week: The Art of Racing in the Rain, Brian Banks, Dora and the Lost City of Gold, The Kitchen, Scary Stories to Tell in the Dark