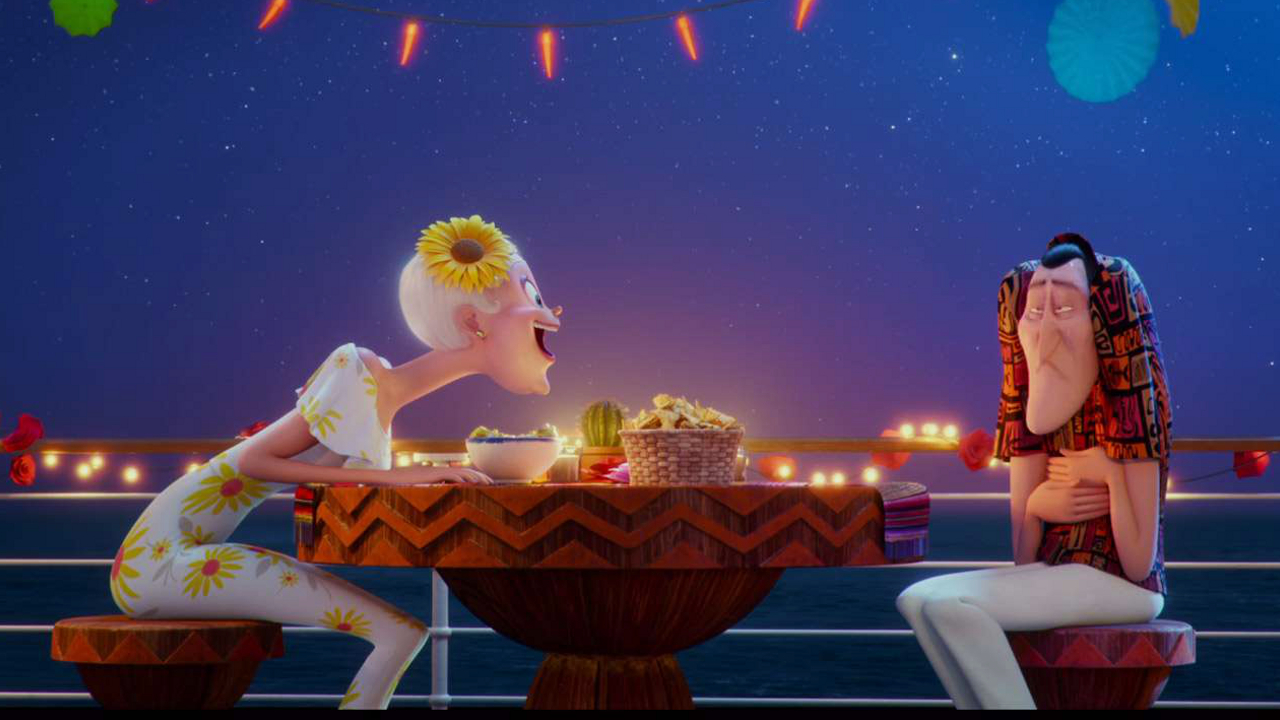 Adam Sandler scored himself a trifecta on top of the box office. His latest animated sequel, Hotel Transylvania 3: Summer Vacation claimed the top spot with an estimated $44.1 million.

The Hotel Transylvania franchise has had plenty of luck opening in September. In fact until last year’s It, both Hotel Transylvania and its sequel were the two biggest openers in that month. With the summer theme and Incredibles 2 now in its fifth weekend, Hotel Transylvania became the go-to family film at the moment. Even opening on par with the last two installments, legs might not be as strong going forward. Reception is better, though a summer release will be quite different from a fall one. CinemaScore audiences seem to enjoy this third go-around, grading the film an A-. Rotten Tomatoes critics were more mixed, averaging a score of 60%. Hotel Transylvania should at least be able to cross $130 million.

Marvel’s Ant-Man and the Wasp couldn’t cut a break for a second straight weekend. The Marvel sequel fell 62% from its opening last weekend, bringing in another $28.8 million. For direct sequels, this is the MCU’s hardest drop. However, Spider-Man: Homecoming took a similar drop a year and still resulted in one of studio’s best runs. Ant-Man and the Wasp will need to play exactly like Spider-Man: Homecoming to reach $200 million. The next two weekend will be tough with the releases of The Equalizer 2 and Mission: Impossible – Fallout. Holdovers under 50% will be crucial going forward. Otherwise, Ant-Man and the Wasp may be targeting a run around $185-190 million.

In a summer full of sequels, Dwayne Johnson’s Skyscraper couldn’t tower over the competition this weekend, settling for a third place debut. The Universal action film opened lower than anticipated with a $25.4 million start. For Johnson, that would be one of his weaker openings in recent years, joining Baywatch ($18.5 million) and Pain and Gain ($20.2 million). Perhaps there wasn’t that much demand for a modern-day Die Hard and Towering Inferno hybrid. On the plus side, audiences did grade Skyscraper a B+ on CinemaScore. Critics were more divided, scoring the film a 51% on Rotten Tomatoes. Skyscraper could easily hit $65-70 million by the end of its run.

Incredibles 2 continued its record-breaking dominance, even with Hotel Transylvania 3 hitting theaters. The acclaimed Pixar sequel dropped 42.9%, pulling in another $16.2 million in its fifth outing. As far as animated films go, only Frozen ($28.6 million) and Zootopia ($19.3 million) performed better in their fifth weekends. Now at $535.8 million, breaking the $550 million milestone doesn’t seem too far off anymore. That’ll probably be its final milestone, leaving a $600 million run out of reach. If Incredibles 2 continues to perform like Finding Dory, Toy Story 3 and Shrek 2, a $570 million finish is almost certain.

Despite dropping two spots, Universal’s Jurassic World: Fallen Kingdom enjoyed its best holdover yet. Down 45.8%, Fallen Kingdom made another $15.5 million in its fourth weekend. With $363.8 million in the bank, Fallen Kingdom could still fall short of a $400 million milestone. A late leggy Deadpool 2 run could change its course. And if The Equalizer 2 and Mission: Impossible – Fallout fall a bit short in the next two weeks, Fallen Kingdom may have an outside shot. Either way we look at it, Fallen Kingdom will only trail Black Panther, Avengers: Infinity War and Incredibles 2 as the biggest film of 2018.