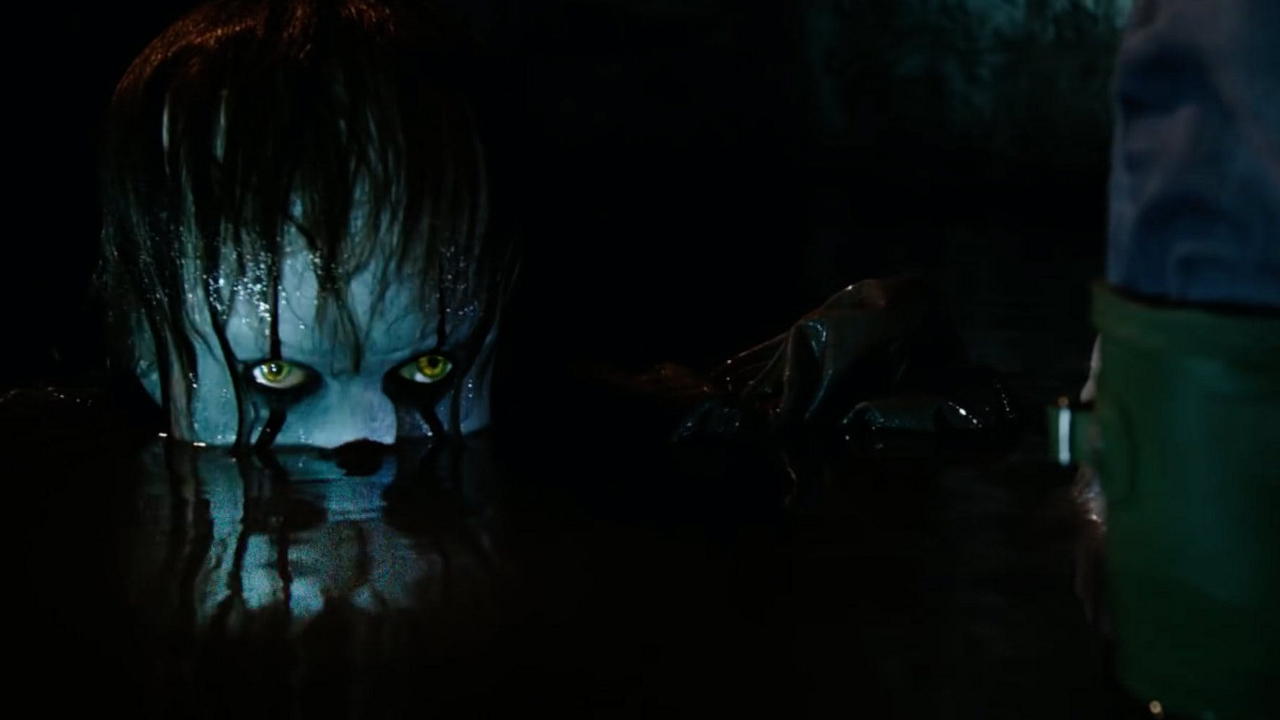 ‘It’ Leads a Near Three-Way Tie at Box Office

In what seems to be a three-way finish for first place, It jumped back on top according to box office estimates. Edging out American Made and Kingsman: The Golden Circle, It scared up another $17.3 million.

In its fourth weekend in theaters, Warner Bros.’ It found its way back to the top spot at the box office. We’ll have a better picture late Monday afternoon with actual numbers. This is the best holdover for It, dipping only 41.8%. Now at $291.2 million, It is on the heels of The Chronicles of Narnia: The Lion, the Witch and the Wardrobe ($291.7 million) and Harry Potter and the Order of the Phoenix ($292.0 million). When it passes The Sixth Sense ($293.5 million) this week, It will become the highest-grossing horror movie ever. Adjusting for inflation is a completely different scenario. Also to note, $300 million will be a breeze by next weekend. Though right now the over/under is against Spider-Man: Homecoming ($332.7 million).

Tom Cruise has had a rough year. After The Mummy misfired over the summer, Cruise was in need of a hit. Universal’s American Made pulled in little over half of the first Dark Universe installment with $17 million. Despite favorable reviews by critics, American Made is Cruise’s weakest opener since 2012’s Jack Reacher ($15.2 million). Audiences seemed to like the film as well, grading American Made a B+ on CinemaScore. Hopefully positive word-of-mouth will help with the legs in the coming weeks.

After winning the box office last weekend, Fox’s Kingsman: The Golden Circle dropped two spots in its sophomore frame. Down 56.4%, Kingsman made another $17 million over the weekend. Despite opening much higher than its predecessor, Kingsman is already starting to trail The Secret Service. After 10 days, The Golden Circle pulled in $66.7 million, while The Secret Service made $67.9 million. Losing IMAX screens to Blade Runner 2049 isn’t going to help next weekend. Regardless, Fox should be able to push the spy sequel beyond the century mark.

After a moderate start last week, Warner Bros.’ The Lego Ninjago Movie dropped to spot to fourth. In its second weekend, Ninjago dropped 41.3%, pulling in another $12 million. Ninjago failed to hold as strong as The Lego Movie (-27.8%) or The Lego Batman Movie (-38.4%). Then again, those two installments opened over more lucrative Valentine’s Day and President’s Day frames. Though, Storks, which opened exactly one year ago also held better, down only 36.8%. At its currently pace, Ninjago may only build up to a finish slightly under $60 million.

Rounding out the charts this weeks is Sony’s Flatliners, a remake of the 1990 film. With holdover and Tom Cruise’s American Made dominating the charts, this Sony thriller barely cracked the Top 5. Opening in 2,552 theaters, Flatliners managed $6.7 million over its opening weekend. The original opened to $10 million almost 30 years ago. Today, that would translate to about $21.1 million domestically. Make all the flat line jokes you want, but Flatliners made no impact this weekend. Critics were unanimously negative on Rotten Tomatoes with an abysmal 3% aggregate score. Audiences weren’t too thrilled either grading the film a B- on CinemaScore. Flatliners may be heading to an early grave with a $15 million finish.

Opening Next Week: Blade Runner 2049, The Mountain Between Us, My Little Pony

Box Office: ‘It,’ ‘Kingsman’ and Cruise’s ‘American Made’ Too Close To Call