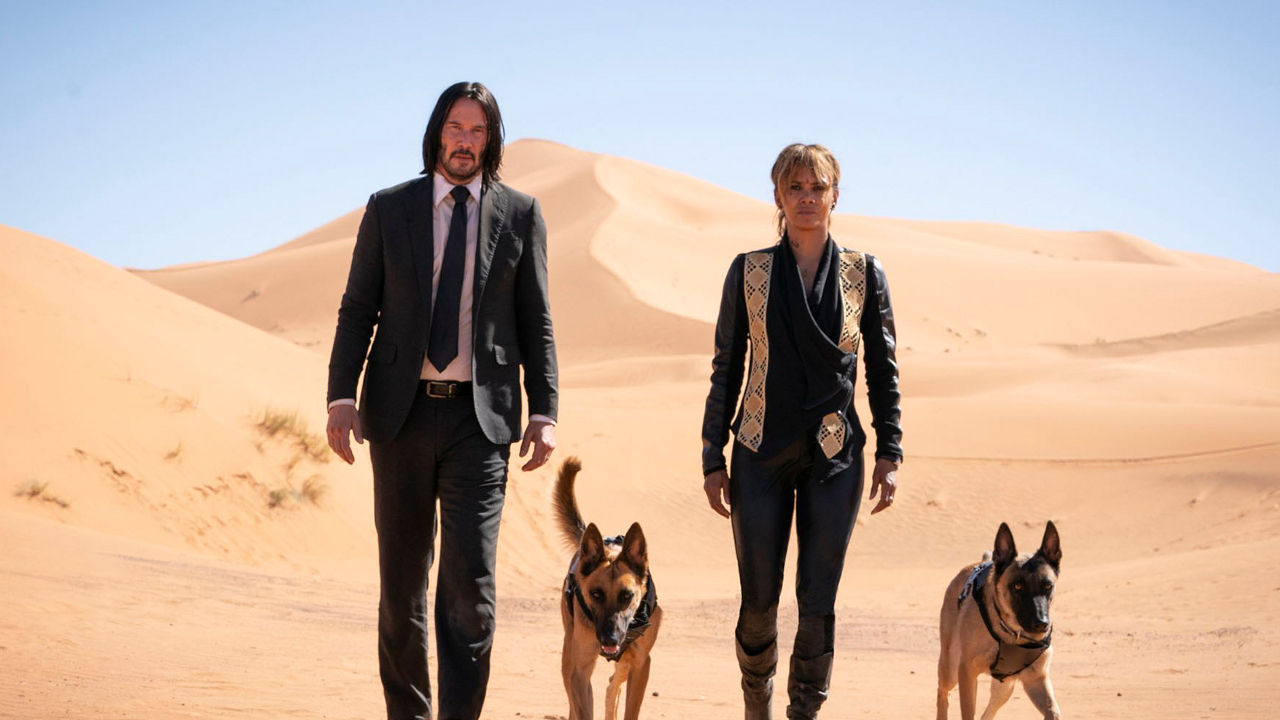 Thanos must’ve snapped a few dogs out of existence, because John Wick is back with a vengeance. John Wick: Chapter 3 – Parabellum laid waste to the box office this weekend with an estimated $57 million.

John Wick has hit the summer season as it shows. John Wick: Chapter 3 outperformed the combined openings of the first ($14.4 million) and second film ($30.4 million). The sleeper 2014 hit is undeniably now a brand to itself. Though it’s been nearly five years, that patience was well-earned. Outside of The Hunger Games and Twilight franchise, John Wick: Chapter 3 is Lionsgate’s biggest opening. That even tops franchise like Madea, Saw and Divergent. Keanu Reeves hasn’t seen this sort of opening since The Matrix Reloaded ($91.8 million) back in 2003.  Don’t be surprised if we see John Wick: Chapter 4 sometime in May 2021. Even with a loaded slate ahead, John Wick: Chapter 3 will give summer 2019 its third $100 million film. Avengers: Endgame is well beyond that point. Pokémon Detective Pikachu should pass the milestone in days. Reception has been incredible overall. Between a 89% on Rotten Tomatoes and “A-” CinemaScore, John Wick: Chapter 3 will load up in the coming weeks.

After three weeks on top, Avengers: Endgame couldn’t off the competition any longer. The Marvel blockbuster dropped 53.5% in its fourth frame, grossing $29.4 million. That’s about on par with Infinity War (-52.6%) a year ago. Deadpool 2 ended that three-week reign. On the plus side, Avengers: Endgame ($770.8 million) has topped Avatar ($760.5) domestically. Only Star Wars: The Force Awakens ($936.7 million) performed better domestically. Right now, $850 million is seems to be a realistic finish if it matches Infinity War. Harder drops may take that cume down to about $830 million. Avengers: Endgame still has an outside chance at the worldwide crown though. It’s about $225 million shy of Avatar’s $2.7 billion run. It’ll need roughly $145 million on the international front to break the record.

Pokémon Detective Pikachu caught a little more box office success over the weekend. WB’s video game adaptation took a decent 54.4% hit over the weekend, bringing in another $24.8 million. After 10 days, the Ryan Reynolds adventure has reached $94 million domestically. It’s still performing better than genre headliners, Lara Croft: Tomb Raider (-58.6%) and The Last Airbender (-58.7%). A lack of summer dailies may close the gap over the next few weeks. Barring a Warcraft collapse, Pokémon Detective Pikachu can still hit about $130 million. Aladdin and Godzilla: King of the Monsters will offer plenty of competition to wrap up May.

It’s almost ironic that John Wick: Chapter 3 and A Dog’s Journey came out the same weekend. But while John Wick: Chapter 3 broke new records for its franchise, the Universal sequel pulled in its lowest opening. A Dog’s Journey, starring Dennis Quaid, debuted over the weekend with $8 million. Spin-off, A Dog’s Way Home found its way to an $11.2 million. 2017’s A Dog’s Purpose opened with $18.2 million amidst behind-the-scenes controversy. Like the other two films, A Dog’s Journey may have some legs in the coming weeks. Audiences were still receptive, offering an “A” CinemaScore. That’s an improvement over the “A-” given to A Dog’s Ways Home back in January. Critics weren’t as positive, scoring the family flick a 49% on Rotten Tomatoes. A $25 million run seems likely at the moment.

In its second weekend, The Hustle dropped two spots to fifth place. The loose remake of Dirty Rotten Scoundrels declined 53.3% from its Mother’s Day opening, pulling in another $6.1 million. The Anne Hathaway and Rebel Wilson comedy has already scored $23 million so far. Despite mixed reception from critics and audiences, The Hustle could still reach about $30 million. We’ll have to see how much Annapurna’s Booksmart will take away from the comedy crowd next weekend. If there’s little impact, The Hustle may push its final run closer to $32 million.