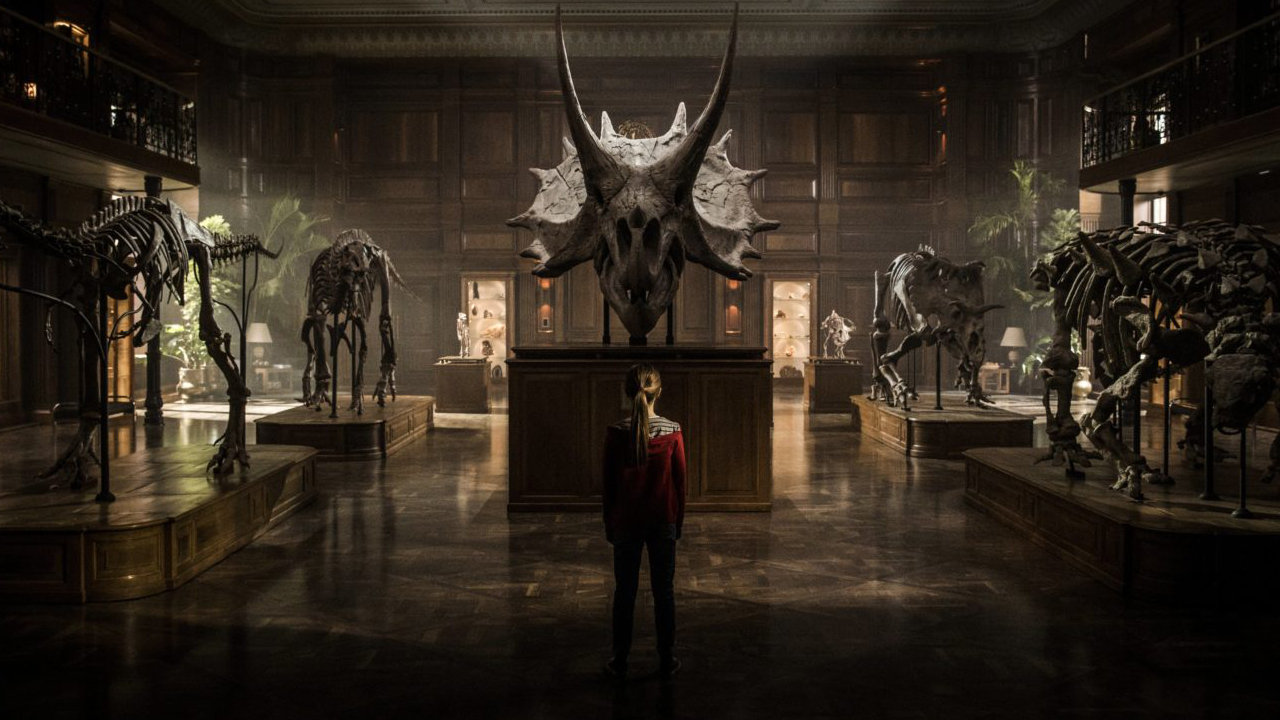 For the second straight weekend, Jurassic World: Fallen Kingdom and Incredibles 2 remained the top two films at the box office. The dino sequel made another $60 million over the weekend.

Compared to previous films in the franchise, Jurassic World: Fallen Kingdom took the biggest sophomore hit as it dropped 59.5%. Jurassic Park (-18.2%), The Lost World: Jurassic Park (-52.7%), Jurassic Park III (-55.6%) and Jurassic World (-49%) all fared better in their respective second weekends. Right now, Fallen Kingdom sits at $264.8 million. A finish anywhere between $375-390 million could certainly happen. A straight month of action flicks in July (Ant-Man and the Wasp, Skyscraper, The Equalizer 2 and Mission: Impossible – Fallout) might not help a $400 million cause. If that’s the case, Jurassic World: Fallen Kingdom could join Harry Potter and the Deathly Hallows – Part 2, Furious 7 and Batman v Superman: Dawn of Justice as top opener to miss the milestone. Next weekend will paint a better picture how its finish will play out.

Despite a heavy hit last weekend, Pixar’s Incredibles 2 bounced back, retaining its second place spot. Down 43.3%, the animated sequel made another $45.5 million over the weekend. Now at $439.7 million domestically, Incredibles 2 is only the third-highest grossing animated film ever. It only trails Finding Dory ($486.3 million) and Shrek 2 ($441.2 million) – both of which it should be able to pass by the end of next weekend. A finish around $550 million certainly seems possible if Incredibles 2 continues to perform like Finding Dory. Hotel Transylvania 3: Summer Vacation is its main competition, but that sequel’s not due out for another two weeks.

While breaking up the Jurassic World and Incredibles 2 two-peat seemed impossible, Sicario: Day of the Soldado claimed third place this weekend. The Sony sequel starring Josh Brolin and Benicio del Toro opened to $19 million. That’s a better start than 2015 original, which debuted in wide release with $12.1 million. The first Sicario would end up with about $46 million, which seems to be a possibility for the sequel as well. Critics scored the film a slightly positive 62% on Rotten Tomatoes. CinemaScore audiences were less receptive to Day of the Soldado, trading in the original’s A- grade for a B this time around.

Like the Sicario sequel, Lionsgate’s basketball comedy Uncle Drew capitalized on a pre-holiday weekend. The Kyrie Irving comedy opened in fourth place with $15.5 million. Comedies have ultimately been landing between $40-55 million. With little competition in the coming weeks, Uncle Drew could follow suit of Overboard ($50.1 million), Life of the Party ($52.3 million) and Tag ($40.8 million). Rotten Tomatoes critics scored the film a fresh 67%. Audiences seem to be more on board, grading the film an A on CinemaScore.

Warner Bros.’ Ocean’s 8 rounded out the charts this weekend. In its fourth weekend, the female-led heist spin-off pulled in its best holdover so far. Down 30.4%, Ocean’s 8 grossed another $8 million over the weekend. With $114 million in the bank, Ocean’s 8 should pass the entire unadjusted run of Ocean’s Thirteen ($117.1 million) by the end of next weekend. Ocean’s Twelve’s $125.5 million will also fall to the spin-off as well. Current legs should push Ocean’s 8 somewhere between $125-130 million.

Opening Next Week: The First Purge (Wednesday), Ant-Man and the Wasp