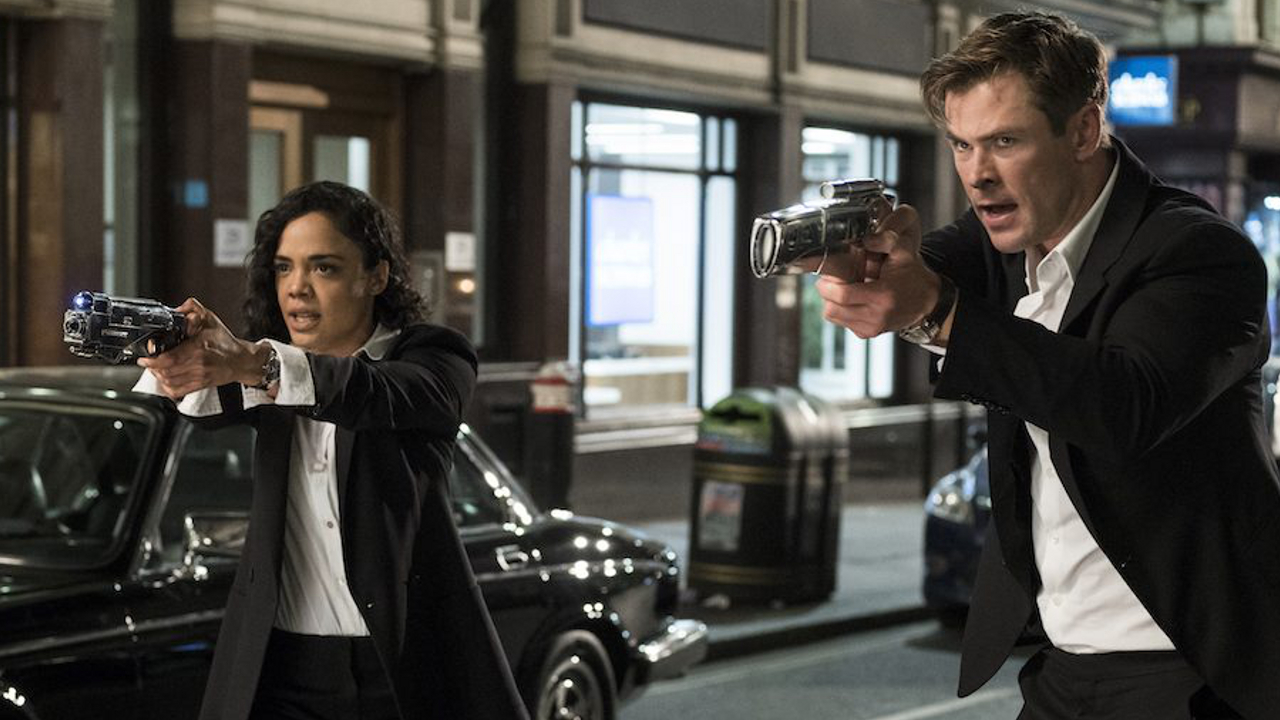 Men in Black: International is the latest in a string of summer sequels to pull in franchise-low numbers. Despite topping the box office, the sci-fi sequel only opened to an estimated $28.5 million.

Since 1997, the Men in Black franchise has been accustomed to $50 million openers. Despite taking the top spot this weekend, Men in Black: International made little over half of the franchise standard. The fourth installment, directed by F. Gary Gray, was the latest in underperforming sequels. We’ve already seen Godzilla: King of the Monsters and Dark Phoenix affected in the past two weeks. Now, it’s extended to Men in Black: International. It’s been seven years since MIB 3 and this chapter lacks both Will Smith and Tommy Lee Jones. We do get a Thor: Ragnarok reunion with Chris Hemsworth and Tessa Thompson, but that couldn’t seal the deal this weekend. Critics and audiences weren’t too enthusiastic. Only 24% of Rotten Tomatoes critics went positive. CinemaScore audiences offered an okay “B” grade. Men in Black: International may only see about $65 million domestically.

After topping the box office last weekend, The Secret Life of Pets 2 dropped down to second place. The animated Universal sequel dropped 49%, grossing $23.8 million. That’s slightly better than the original’s 51.3% drop back in 2016. With Toy Story 4 out next weekend, similar legs will be hard to achieve. The first film reached $368.3 million that summer. The Secret Life of Pets 2 won’t even make half of that. That would be Illumination Entertainment’s first animated film not to reach $200 million. A $140-150 million finish would still be one of the better runs this summer. Granted, we’re in a Bizarro World summer where Dark Phoenix and Men in Black: International miss the century mark. Godzilla: King of the Monsters will barely get past the $100 million milestone.

Disney’s Aladdin is capitalizing on its summer legs. Still in third, the live-action remake only took a 32.3% hit over the weekend. With another $16.7 million in the bank, Aladdin has now reached $263.4 million. Chances of soaring over $300 million are better than ever. The $250 million mark fell on Friday after 22 days in theaters. Very few films have missed the milestone at this juncture. Unless you’re The Twilight Saga: New Moon, Breaking Dawn – Part 1, Breaking Dawn – Part 2, Man of Steel or Harry Potter and the Order of the Phoenix, $300 million is a lock. We’ll have to see how much traffic Toy Story 4 takes away from Aladdin this weekend. Then again, that would be an ideal Disney drive-in double feature. Either way, Aladdin will finish in the top 5 films of the summer.

Dark Phoenix continued to burn out in its second weekend. After a franchise-low opening, Fox’s X-Men finale dropped 72.6% over the weekend, claiming fourth place. A $9 million weekend raises its total to $51.7 million. Even after 10 days in theaters, Dark Phoenix has yet to surpass any three-day opening in the series. Dark Phoenix will eventually pass the three-day hauls of The Wolverine ($53.1 million), X-Men ($54.5 million) and X-Men: First Class ($55.1 million). It could happen by the end of the week. Anything above a $70 million finish will be difficult at this point. Dark Phoenix will join Batman v Superman (1.99x) and Fantastic Four (2.24x) as one of the most frontloaded superhero films in recent memory.

Paramount’s Rocketman rounded out the charts for a second straight weekend. The Elton John biopic was down about 36.3% from last weekend bringing in another $8.8 million. After three weeks in theaters, Rocketman currently sits at $66.1 million. $80 million is certainly doable at this point. Coming off of a $25.7 million opening weekend, Rocketman will be guaranteed at least a $3.11x multiplier. It’ll rival Aladdin as one of the leggier films of the summer so far. Though, imagine the legs it would’ve garnered later in the year.