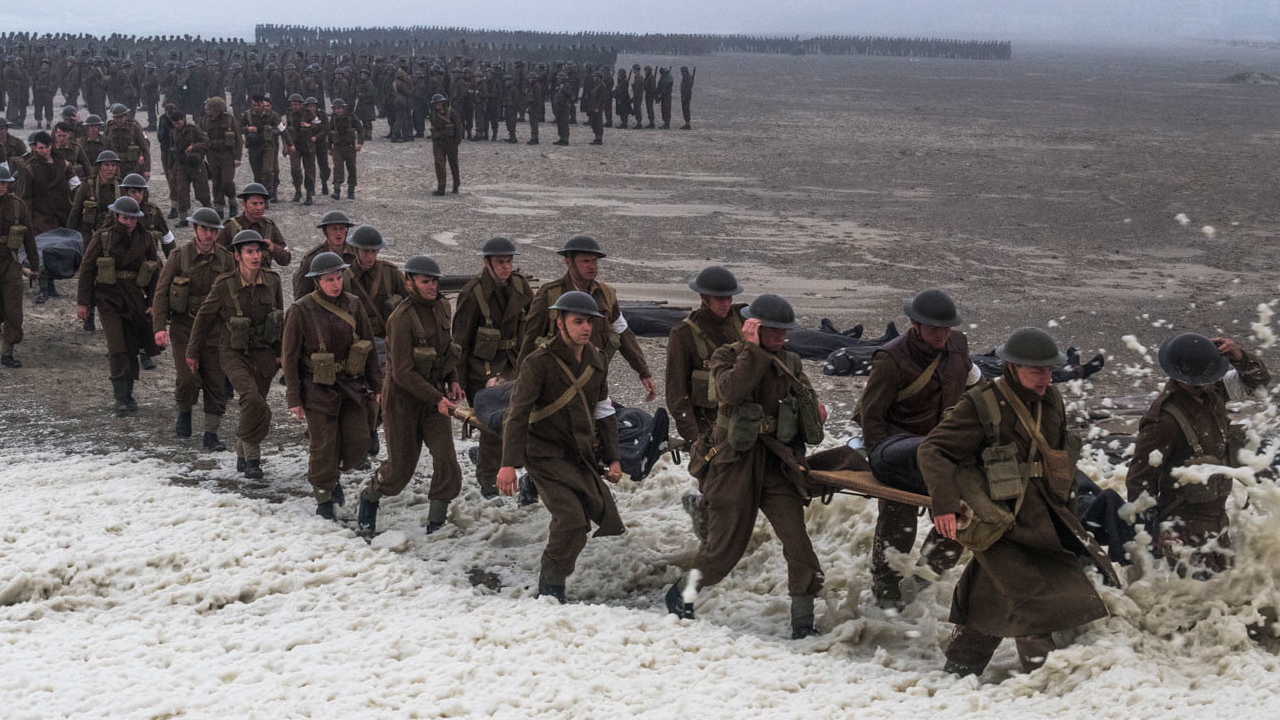 ‘Dunkirk’ is Biggest Non-Franchise Opener of 2017

Christopher Nolan’s Dunkirk, claimed the top spot this weekend, topping last weekend champion, War for the Planet of the Apes. The Warner Bros.’ war drama debuted with an estimated $50.5 million.

Nolan is becoming an event all to himself. Outside of The Dark Knight Trilogy, audiences are turning up for his non-superhero films in droves. Dunkirk’s $50.5 million opening is the biggest non-franchise opener of 2017. Critics are enamored with Nolan’s war epic, offering a stellar 92% on Rotten Tomatoes.  Audiences feel the same, grading the film an A- on CinemaScore. Like Inception and Interstellar, there’s a good chance Dunkirk will hang around for a leggy run. And if Dunkirk is up for awards contention later in the year, this one won’t go quietly into the night. The next few weeks will paint a better picture if word-of-mouth will carry the film like Inception and Interstellar. Without the risk of franchise fatigue, we might actually see another solid summer run outside of Wonder Woman and Baby Driver.

While Dunkirk overshadowed everything this weekend, Universal newcomer Girls Trip took second place with $30.3 million. The female comedy starring Jada Pinkett-Smith, Queen Latifah and Regina Hall was a hit with both critics and audiences. The film score an 89% on Rotten Tomatoes and a rare A+ on CinemaScore. Outside of Dunkirk, Girls Trip is biggest non-franchise opener of the summer. With summer comedies like Baywatch and Rough Night underperforming, there’s a great chance Girls Trip could be the biggest live-action comedy of 2017 to date. Like Baby Driver, $100 million hits aren’t all coming from franchises.

Down one spot from last weekend, Sony and Marvel’s Spider-Man: Homecoming claimed the third place spot over the weekend. The latest web-slinger film dropped 50.2% in its third weekend. With another $22 million in the bank, Homecoming has surpassed $250 million domestically. $300 million remains an outside shot. However, smaller drops in August could push it over in the long run. Wonder Woman and Guardians of the Galaxy Vol. 2 are well over that milestone. If this pans out, Homecoming would be in some fine company.

After topping the box office last weekend, Fox’s three-quel, War for the Planet of the Apes dropped three spots in this second weekend. The critically-acclaimed finale took a major hit, dropping 63.7% for another $20.4 million. War is burning up much faster than Rise of the Planet of the Apes (-49.2%) and Dawn of the Planet of the Apes (-50.1%). Overwhelming praise by critics isn’t helping the cause at all. Then again, this summer has done a number on many sequels. Pirates, Cars and Transformers all felt the wrath of franchise fatigue. Was it the film’s post-apocalyptic dreariness or just audiences tired of sequels? Either way, Apes may see a franchise-low $135-140 million.

Rounding out the charts this weekend is STX’s space epic, Valerian and the City of a Thousand Planets. Opening up to mixed reviews, the Luc Besson adventure debuted with $17 million. While the weakest of the three openers, Valerian’s haul was to be expected with the lack of star power and a crowded frame. However, it’s actually Besson’s third-best opener behind Lucy ($43.9 million) and The Fifth Element ($17.0 million). Audiences were mixed as well as the film score an B- on CinemaScore. Expect a one-week stay on the top 5 before a rather short run in theaters.