‘A Cure for Wellness’ Injects Life in President’s Day Weekend

Taking down The Lego Batman Movie over President’s Day weekend seems to be a near-impossible task. Still, newcomers A Cure for Wellness and The Great Wall will have the chance to fight for second place.

A Cure for Wellness comes to us from director Gore Verbinski (Pirates of the Caribbean, The Ring). In the film, Dane DeHaan (The Amazing Spider-Man 2) is a young executive sent to retrieve his superior from a health spa in the Swiss Alps. After some time at the location, there’s much more than meets the eye.

After last weekend’s crowded trifecta, A Cure for Wellness has a bit of an uphill climb to make an impact this weekend. Granted President’s Day weekend is a lucrative frame (Deadpool, Fifty Shades of Grey, Kingsman). But it’s rare for anything outside of romance or action to pull in the big bucks. Martin Scorsese’s Shutter Island is an exception to the rule for February thrillers, opening to $41.1 million.

Unfortunately, there’s a major difference between the Scorsese brand and A Cure for Wellness. Dane DeHaan has yet to be given the leading reins of a mainstream release since 2012’s Chronicle. His most successful film, The Amazing Spider-Man 2, kept him in the supporting role of Harry Osborn.

Reviews have been mixed as well. A Cure for Wellness currently stands at 41% on Rotten Tomatoes. However, here at We Live Entertainment, reception has been much more positive. In her review, Ashley Menzel stated “A Cure for Wellness will inspire, shock, appall and engage you. It will leave you speechless and you will beg to watch it again.” Scott Menzel called the film “a huge surprise.”

A Cure for Wellness opens at 8 p.m. Thursday night before expanding into 2,700 theaters on Friday. Expect a debut around $22 million by Sunday. 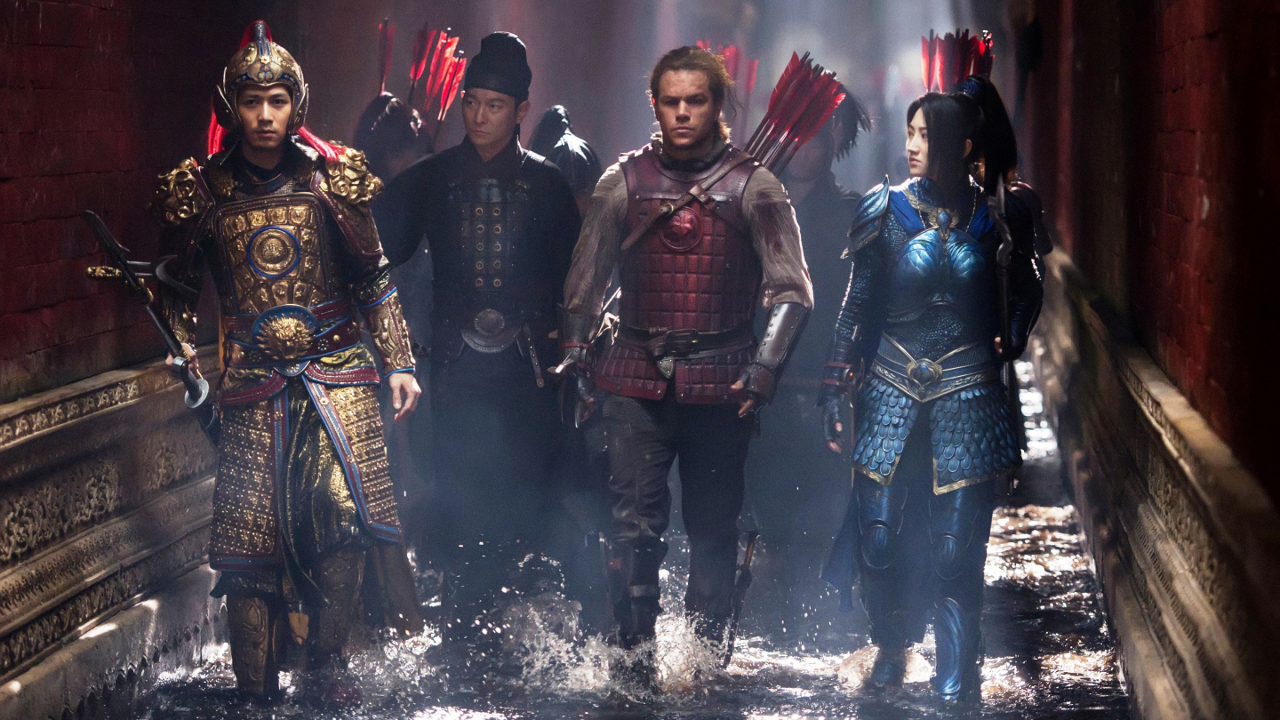 Matt Damon’s The Great Wall is also due out this weekend. The Universal film pits Damon, who stars as a European mercenary, against monsters kept at bay by the Great Wall of China. Damon is a brand to himself, scoring huge with Jason Bourne, The Martian and Interstellar in recent years. The Great Wall may end up being a rare bust for the actor.

Like A Cure for Wellness, reviews for The Great Wall have been lackluster going into the weekend. Currently, the film stands at 38% on Rotten Tomatoes. Even with 3D and IMAX engagements drawing audiences in, The Great Wall will see very little over $20 million this weekend. Engagements begin at 7 p.m. Thursday night before expanding into about 3,200 theaters come Friday.

Last up for the new releases is comedy, Fist Fight. Loosely based off the comedy Three O’Clock High, Fist Fight pits two teachers (Charlie Day, Ice Cube) against one another in an after-school fight. As the worst-reviewed new release, Fist Fight is currently at 17% on Rotten Tomatoes. Unlike the other two releases, it won’t crack the weekend’s Top 5. Expect a debut under $10 million by Sunday.

Box Office Preview: ‘A Cure for Wellness’ Isn’t a Cure for Stopping Batman